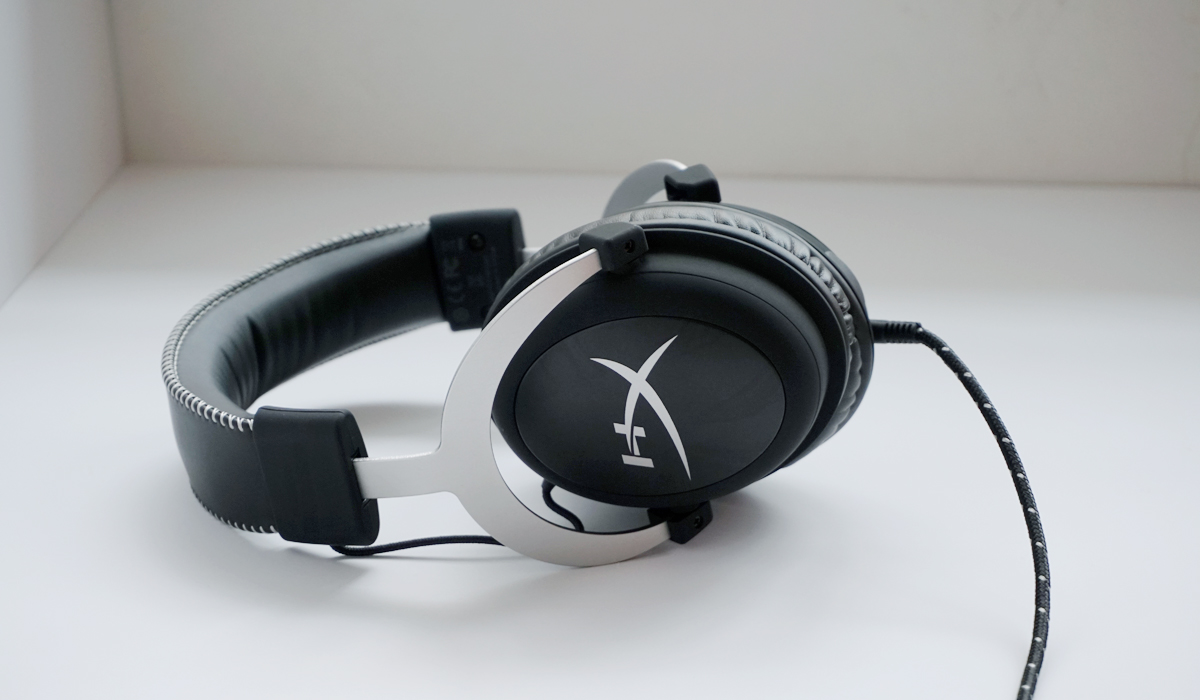 The HyperX CloudX Pro Gaming Headset is a decent mid-tier option for gamers who prioritize comfort over anything else. Sound-wise, you’ve probably heard better elsewhere, but it’s a valiant effort and you’ll certainly be hard-pressed to find something that feels as good as this does at US$99.99.

Basics
As the official gaming headset for Xbox, the CloudX already has a lot going for it – big Microsoft stamp of approval, award-winning design pedigree, and TeamSpeakTM certification.

Compatible with PCs, the Xbox Elite Wireless Controller, and other Xbox One controllers with a 3.5mm socket, this over-the-ear headset boasts larger-than-usual 53mm drivers, promising “crystal-clear sound” in 2.0 stereo. Volume is managed with in line controls.

Slip off the sleeve, lift the box cover and sitting snug in die-cut foam you’ll find a hard shell carrying case (the strap is a nice touch) containing:

Design
Modelled after its predecessor, the HyperX Cloud II, CloudX opts for a more luxe, understated finish by keeping things clean and monochromatic. It’s sleek and unfussy for a gaming headset – light without feeling flimsy, solid but not clunky.

Everything about it feels silky; the matte, rubberized texture-like earcups; the leatherette memory foam band and cushions; the exposed forks of its sturdy aluminium frame. The embroidered logo and stitching on the headband add a nice premium touch that other similarly priced headsets don’t really think about.

It might look boring for some, but after years of party-glow LEDs and so many garish colour options, it feels nice to switch up to something simpler.

Fit
An issue I have with most gaming headsets I’ve used is their excessive clamp force, particularly above the ears. I get that it affects sound isolation/leakage and head-grip longevity, but I don’t want to spend months breaking it in like a Brooks bicycle seat, especially if I have to nurse a serious head strain every time I wear it for 30 minutes. It’s even worse if I’m wearing glasses or if the earcups are heavy.

At first I thought, “Maybe my head is oddly shaped.” But comfort shouldn’t have to be for someone with a “proper” head shape – if you’re going to advertise the benefit on your box, it should apply to coneheads as much as does for football-head Arnold.

The CloudX handles all these problems thoughtfully. It flexible, doesn’t grip like a vice and is adequately padded to even out the pressure and deliver the “extended play in total comfort” promise that many gaming headsets don’t quite manage to achieve as often as they claim.

There’s memory foam in the underside of the headband, which takes the pressure off of the top of my head. Same in the leatherette ear cushions, which are insanely soft and comfortable, like they’ve already been broken in for you.

On the other hand, the cloth cushion alternatives are thicker and denser. You get a firmer seal around your ears and a tighter fit, but for me, switching to this added weight and put the strain back into my temples.

Changing them out is simple, unless you have big fingers, but it takes more time than it should. You’ll have to pull the covers over the earcups so that it settles snugly in a little crevice, all the way around.

That’s just a tiny setback, though. The award they won is totally legit and my strangely shaped head approves.

If gaming headsets could call out only one great thing in their list of features, it’s usually the satisfaction of a good bass rumble. The CloudX doesn’t have that deep, booming bellow you expect during the tail end of an AWP round going off – the low frequencies weren’t bold enough to get the heart pumping, because they would be overshadowed by voicework or the much louder rattle of gunfire and flying debris. In fact, the pop of SMGs and automatic rifles were so pronounced and crisp that it almost hurt to listen to them go off.

It doesn’t mean that the bass response sucks. The CloudX can reach low frequencies that other gaming headsets can’t. It’s just not powerful enough to make a difference to the player.

There’s also some crackling and distortion when you adjust the volume with the inline controls. The problematic dial requires a bit of tweaking for the sound to come out of both sides, especially at higher volume levels. In resignation I just used keyboard functions to make adjustments instead. This needs improvement, and hopefully, HyperX will keep it in mind for their next iteration of the Cloud headsets.

Nitpicks aside, the CloudX performs with great clarity, particularly with showcasing the layers of environmental noise that make a game world come alive. I reckon that you’ll get the most out of CloudX’s drivers playing a horror title.

The sound isolation may not be 100% when your game’s having a quiet moment, but it’s effective enough to stay immersed in action. No reports of sound leakage from my partner. 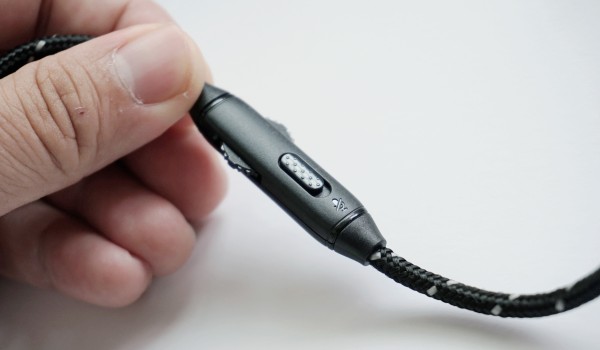 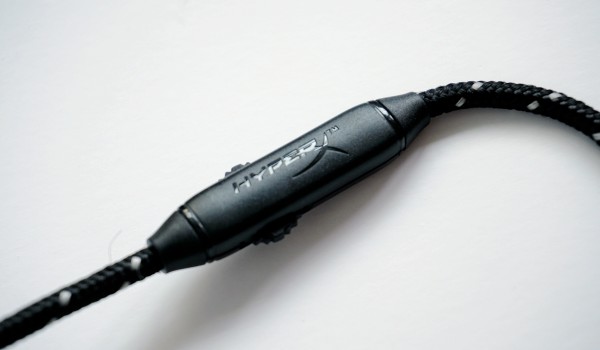 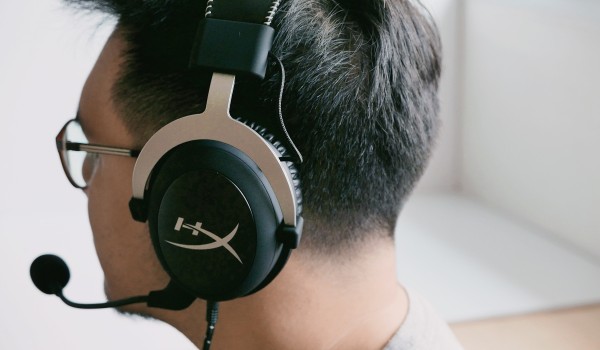 Sound: Voice
My mates reported that I was much clearer than I’d ever sounded. With my past headsets, they used to complain about my mic picking up background noise, but this fared better in that aspect. It helps that the microphone stem is very bendy so you can flex it more towards your mouth.

The flipside of that is not knowing if you’re too close to the mic. On stream playback, I found that the foam cover didn’t do much softening when it came to popping syllables or windy laughter, but that could probably have been reduced if I positioned it slightly above or below my mouth instead of directly in front. My voice however, did sound a lot better than it used to, so props for that. 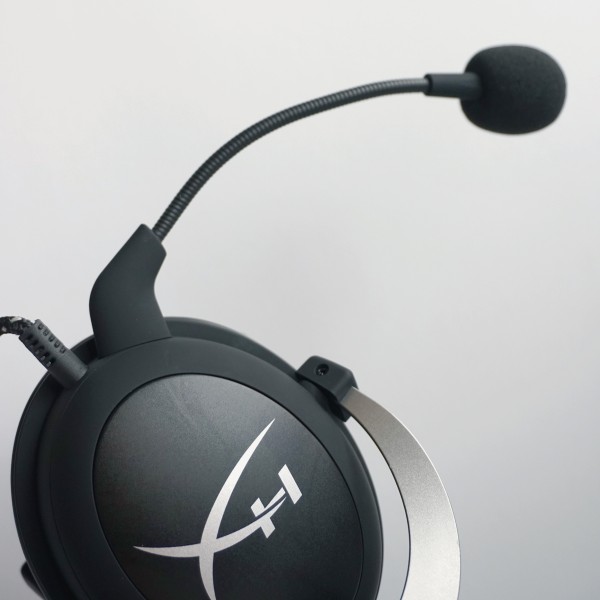 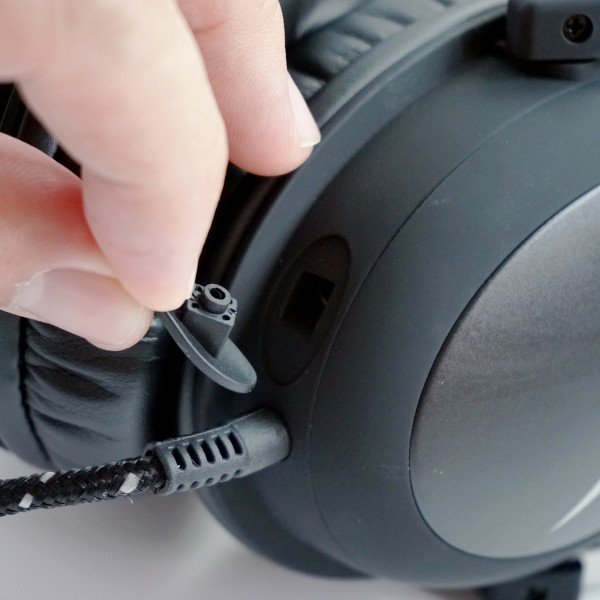 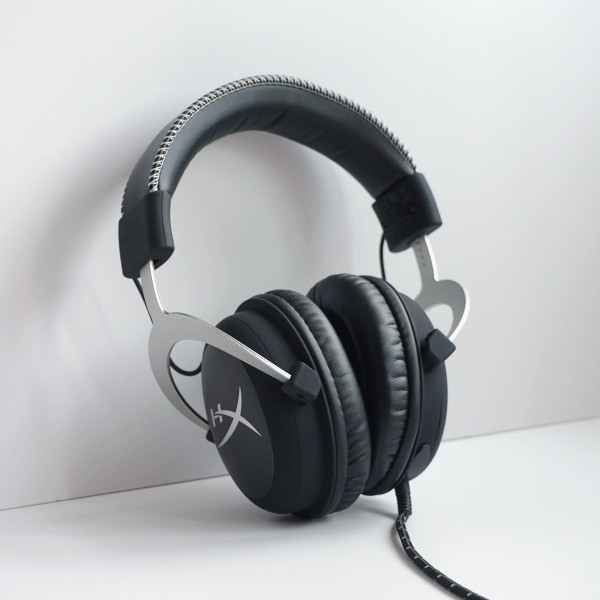 Yes, I know, it’s a gaming headset, but it’s always nice to see if the equipment can do our personal playlists justice.

Here’s the whammy: I like the way my music sounds on the CloudX. Bass is punchy, but not excessively brought out so much that it muddies the mids and drowns out the higher frequencies. This is where it confuses me. During my session with The Division, the bass response wasn’t exactly as strong as I’d have liked, but when I played Needed Me, it was there in full force. That song has a really deep bass hook running through it, and the CloudX bumped it like a subwoofer trembling at Zouk. Strange.

It does well with electronic dance music, and brings out warm, bright and airy vocals nicely. Sibilant sounds are more pronounced (at high volumes, wincingly so). On instrumentals, it tends to dampen the piano, but it really elevates strings and gives percussion in orchestral arrangements that extra oomph. If you’re tuning in to a game soundtrack you love, this might help you discover new layers in production that you haven’t really noticed before.

So do I like this?
The award for comfortable design is well-deserved. It’s the least painful and strenuous experience I’ve had with a gaming headset since my old Razer Megalodon, and the sound quality is pretty decent overall. If I need a headset replacement, I’ll be thinking of the HyperX CloudX first.

The M15 gaming notebook is the new face of Alienware

Review: The emotional odyssey of Sea of Solitude

Son Goku, Naruto, and Sailor Moon are just some of the ambassadors for the 2020 Tokyo Olympics