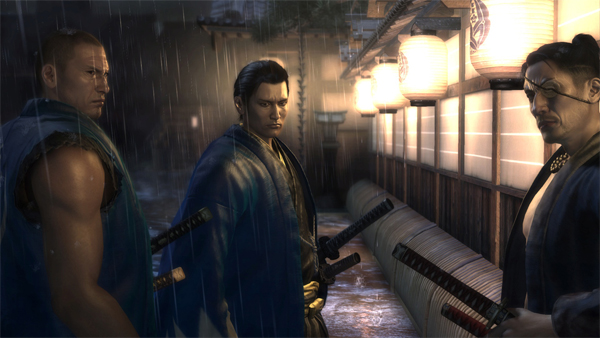 It’s a far cry from the glitzy streets of Shinjuku but this isn’t the first time that Yakuza has gotten a spin-off. Yakuza Ishin takes us all the way back to the Bakumatsu period of 19th Century Japan, an often popularised time where the samurai saw their last great action, guns rose in use and a 200-year-old shogunate was brought to an end.

The game’s title translates to “Yakuza Restoration”, which refers directly to the Meiji Restoration of 1868. Our protagonist here is Sakamoto Ryoma, loosely based on the samurai who played a prominent role in overthrowing the Tokugawa shogunate. We haven’t seen a whole lot of information since Sega revealed it lase month, hence this story trailer. Unfortunately, there’s no English subtitles.

As for the gameplay:

So yes, this will be as Yakuza as it gets, which is great news since we don’t get too many like it. Now let’s hope that Sega has plans to localise it for other regions too (and not take an incredibly long time to do it).

Yakuza Ishin will be out for Japan in February 2014 for the PlayStation 3, PS4 and the Vita.

Ade thinks there's nothing quite like a good game and a snug headcrab. He grew up with HIDEO KOJIMA's Metal Gear Solid, lives for RPGs, and is waiting for light guns to make their comeback.
Previous post Hands-On with Beyond: Two Souls
Next post Tokyo Game Show 2013: Metal Gear Solid V Gameplay [Updated]