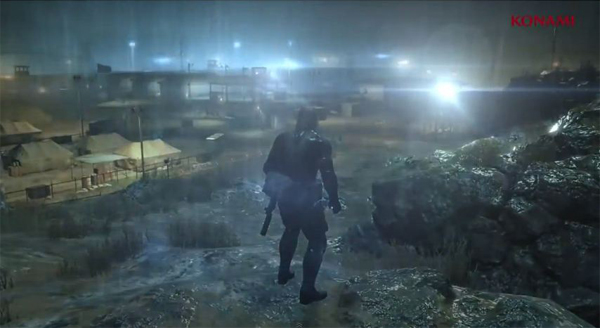 Remember that video where Big Boss infiltrates a military base at night? Well, Hideo Kojima took to the TGS stage earlier today to show us some gameplay from that site. It’s a casual presentation in general, and while we have no idea what they’re saying (it’s all in Japanese) it does show just how much freedom you have when it comes to navigation.

We don’t have an official video yet, but here’s IGN’s capture of their livestream.

If there’s one thing Metal Gear fans are going to have to get used to, it’s the driving. I also can’t help but notice how there isn’t a Codec screen, which I hope is simple due to the nature of the presentation.

We’ll update this post as soon as there’s an official version with subtitles (if any). Metal Gear Solid V: The Phantom Pain will be heading to the PlayStation 3, PS4 and Xbox One.

Update: We’ve got a second video now, this time showcasing daytime gameplay which includes detection, fighting and escaping. If enough friendly helicopters get shot down, will Snake be forced to drive around instead? Will boss fights take place across an open world too? Can you hide in a cardboard box from day until night? So many questions!