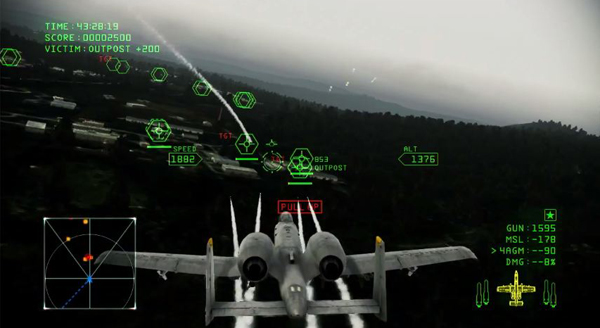 There are times for combat flight simulators, of which we’ve got a decent selection covering both old and new planes. Other times we just want to mess around and blow stuff up, which is where the Ace Combat series fits right in. The next game in the line-up is for the PlayStation 3, and today at TGS Namco Bandai had this trailer to show us.

While I do have the question whether people care much for the story, Ace Combat Infinity looks to give us more of its great brand of flying action (this one takes place on Earth). The only thing we know about multiplayer so far is that it’s based on two teams competing to see who hurts a common enemy best, which sounds fun if you could harass the enemy team non-lethally too.

Interestingly this will be a free-to-play title, a first for the series. It’ll no doubt be heralding the arrival of more F2P console games in the years to come, but at least it looks like we’re off to a good start.

Ace Combat Infinity will be out for the PlayStation 3 in the next few months.