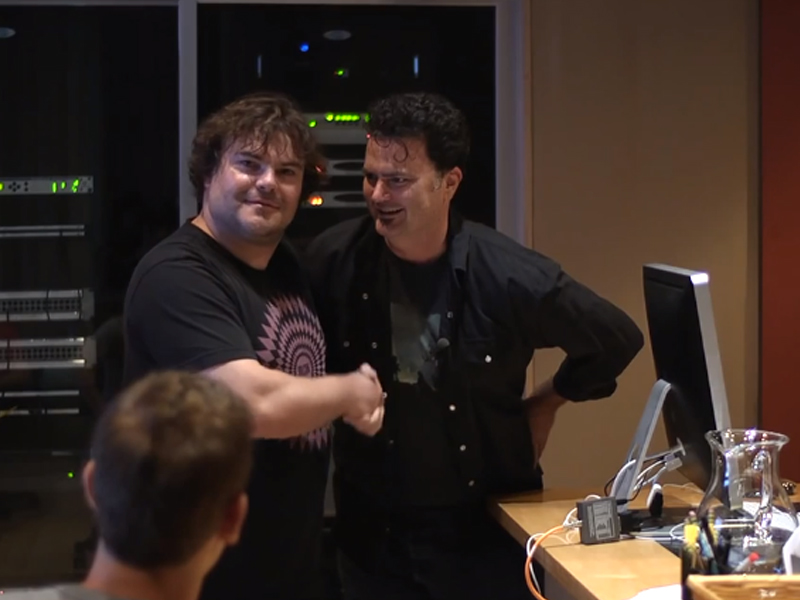 The voice actors behind Double Fine’s Broken Age are finally known to the public. Yes, that is Jack Black shaking Tim Schafer’s hand. He just has a small role for the Kickstarter poster child, but Black isn’t the only well-known name on the list.

Also riding the Broken Age bandwagon is Jennifer Hale, who turns out to be more famous given the videogames context. She’s best known for being the voice of female Commander Shepard from Mass Effect, although her staggering list of credits dates back to the mid ‘90s.

For those two, this isn’t their first trip to Double Fine’s recording studio. Other reprising actors and actresses include Grey DeLisle and Cree Summer, while new voices are provided by Kristen Sarkisian and David Kaufman. There’s more, of course, which is where this video comes in.

Before we get all snarky about how Double Fine have basically run into financial woes, Schafer has pointed out that a heftier budget for voice acting would come with the increased funding. So that’s covered at least.

How Broken Age ends up is still a mystery but there’s clearly a lot of expectation riding on it. Needing a delay and more money, Double Fine are cutting the game into two parts, with the first half releasing in January 2014 on Steam Early Access and the latter half later that year.

Ade thinks there's nothing quite like a good game and a snug headcrab. He grew up with HIDEO KOJIMA's Metal Gear Solid, lives for RPGs, and is waiting for light guns to make their comeback.
Previous post No External Storage for Xbox One’s Launch
Next post The Street Fighter 25th Anniversary Documentary