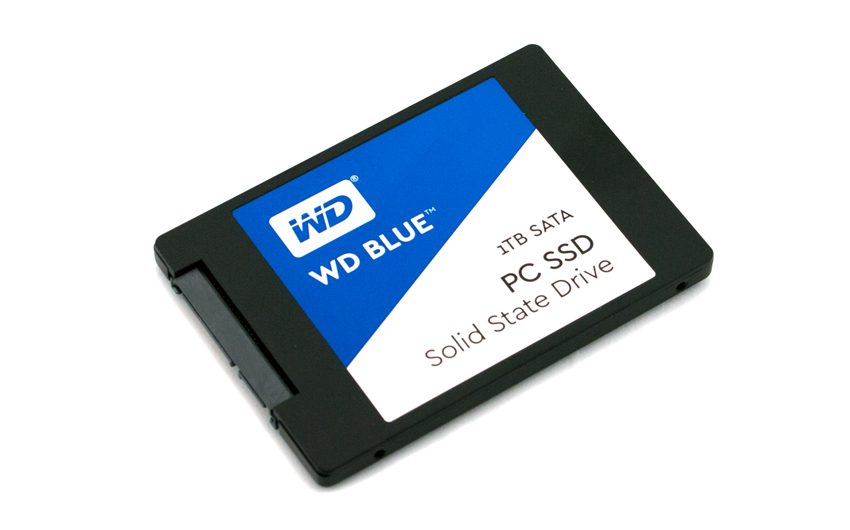 While the impact of SSDs hasn’t quite been a drastic as, say, the impact of digital cameras on the photo film industry, which almost died over night, we can only imagine what the likes of Hitachi and Western Digital thought when SSDs hit the mainstream.

The hard disk’s only benefit was cheap storage – SSDs were much faster, quieter, more power efficient and more durable, at least in that they’d survive a drop. These days SSDs have warranties and life spans measured in years and are relatively trouble-free (there are no moving mechanical parts, after all). So it came as no surprise that Western Digitial bought SanDisk – a popular manufacturer of budget-conscious SSDs, earlier this year.

The Western Digital Blue 1TB is the company’s first SSD release under its own brand name since this acquisition and it marks a stand by Western Digital in the face of stiff competition by the likes of Crucial which holds plenty of market share at the budget end, and Samsung, which offers some the fastest drives on the market (and also by far, the largest market share of the SSD market).

The Blue comes in 250GB, 500GB and 1TB capacities and it’s the latter that I’ll be testing with PCMark 8 here. Price-wise, at S$499, the 1TB is very competitive as compared to other similar capacity SSDs. If you are interested, the 250GB and 500GB are available at S$139 and S$259 respectively.

The Western Digital Blue is certainly packing some modern hardware and with Marvell’s 88SS1074 controller under the hood – identical to that in former SanDisk’s X400, it’s not surprising to see speeds that were generally much faster than the older Crucial BX200, and losing just slightly to the Samsung 850 Evo.

For the vast majority of us, especially gamers, 2.5-inch SSDs will appear to perform the same. Programs will load in the same time and file transfers will take just as long. Performance is so similar that you need a stopwatch to tell any difference. What I like about the Blue is that it comes with a three-year warranty against manufacturer defects. This is a common warranty period for solid state drives, and most of Western Digital’s competitors offer the same. But Western Digital also promises an endurance rating of 400 terabytes written. That’s much higher than the Samsung 850 Evo, which only promises 150TB.

The WD Blue SSD 1TB is the vanilla ice cream of solid state drives. It’s simple, and pleasing, and provides no more or less than what you’d expect.