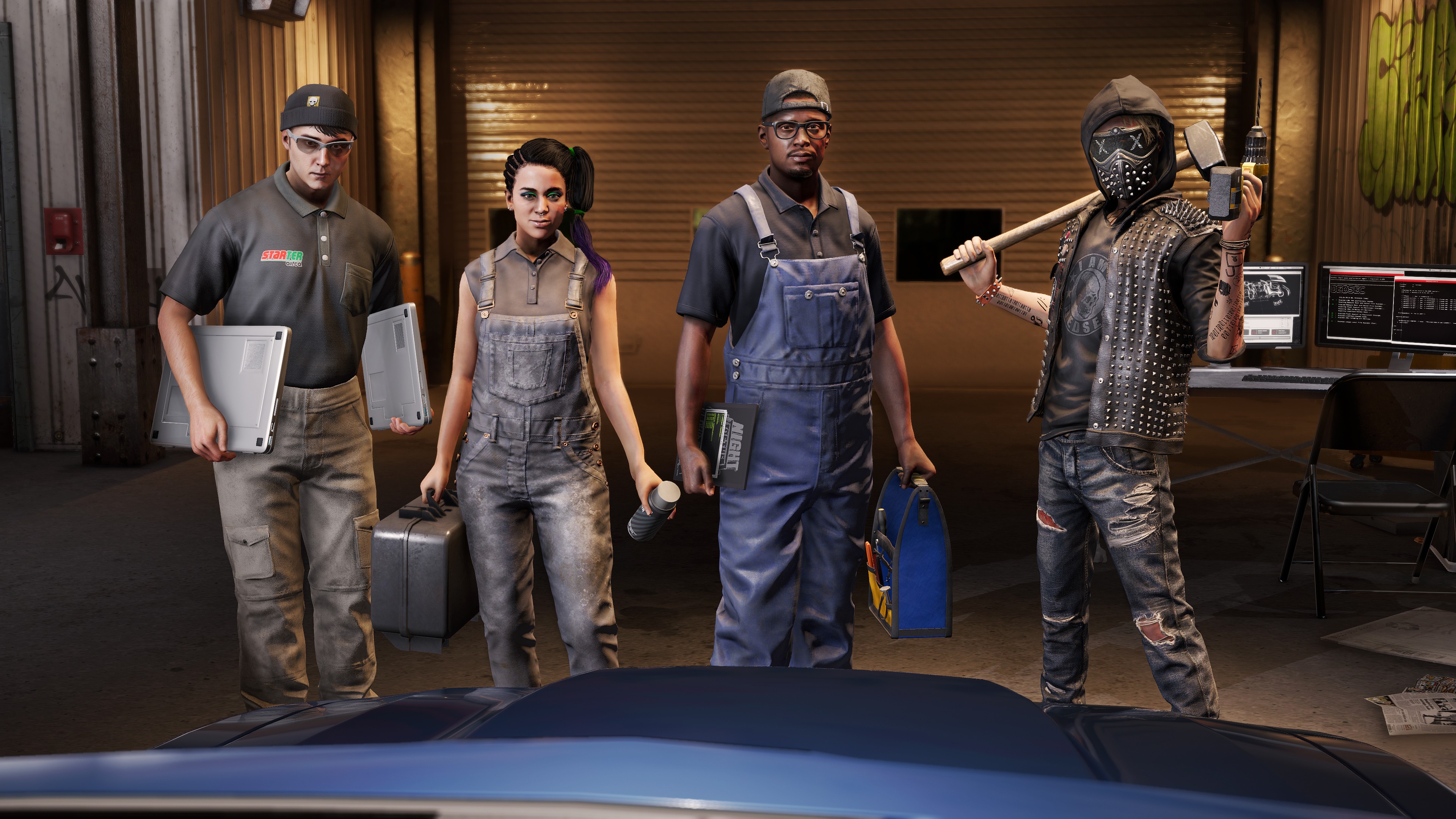 Being hacked sucks. I would know – a few years ago, I opened my email to find someone had made all these PlayStation purchases on my account for some FIFA DLCs even though the last time I touched a football game was when I was a kid. Anyway, so I find I have all these purchases on my PS Store history, and I immediately call up the bank to have those charges reversed and my credit card cancelled.

Then, there was that time when someone got a hold of my Twitter login details and started spamming all these unimaginative messages to my timeline. I had to delete ‘em all one by one, set a new password, and unfollow all these randos who I was paranoid could have something to do with my briefly compromised very important social media account. Both affairs were a pain in the ass, so yeah, hacking sucks.

But I get that hacking can be cool too. All those Anonymous folks in masks posting videos saying they will do this troll thing or that to some big bad Goliath-esque corporation, or douchey billionaires who aren’t using their wealth for good. Leaking information, making organizations go bust, all that good stuff.  But I mean, who really cares? That kind of hacktivism doesn’t really affect us on a personal level right?

But it spawned a whole nu-wave of hacker-cool! Mr Robot! Halt and Catch Fire! Netrunner!  Cyberpunk! Silicon Valley! You get the idea – being a socially dysfunctional nerd in the basement with your power glove on and going into the CYBER is cool these days.

Which is why I believe Ubisoft was on to something when it came up with the idea for Watch Dogs 1.0. Long story short, Watch Dogs 1.0 was a critical disappointment, but as any good programmer knows, everything is in beta, and future improvements are inevitable – so Watch Dogs 2.0 is certainly way, way better.

It’s got a better protagonist, a cooler setting, funkier side-kicks, a breezier narrative, and just seems all round like a bright, sunny good time. I was surprised! Ubisoft is getting better at this!  And Watch Dogs 2 doesn’t even feel like a reskinned Assassin’s Creed. Okay – Marcus can still do some cool looking backflips and vault walls better than I can, which does make me question – how much time did he really spend in his parents’ basement training to be the World’s Best Hacker versus training at the monkey bars to be the World’s Best Parkour Expert?

Watch Dogs 2.0 is a game where a bunch of 20-somethings of various backgrounds and personalities quirks decide they’ve got to revolt against the big corporations and use their super hacking skillz to take them down. But also steal cars, occasionally run over pedestrians, break into super secure facilities and have total disregard for the law. There’s just this big fucking dissonance, man.

Look, hackers should be in basements hacking – I stand by that. Not running around San Francisco, as nicely realized as Ubisoft has made it, being a proverbial bull in a china shop, you know? But we do live in a world where Michael Mann can make a movie where Chris Hemsworth apparently passes off for a hacker but spends more time doing action stunts instead of sitting in front of a computer, so anything is possible right?

The other major problem I have with the game is that both in reality and in the game, hackers exist in this morally grey area. Yes, we’d like to think that the good ones are using their Internet powerz for the greater good – but by nature, their actions put them at odds with society. Is it right that these kids can decide how and why and when they choose to dispense “justice” through the Interwebz? It’s a serious question that I don’t think Watch Dogs 2 ever gets into.

One early mission in the game sees you hacking into ATMs across the city to teach the bank a lesson – but in the process, you screw up civilians who are just trying to withdraw their money.  When they approach the ATM, instead of getting their cash, you make the machines spit out foreign currencies they didn’t want, pay alimony or donate to charity against their will. I get that perhaps some of the people going to the ATMs are more deserved of the trolling, like the douchey suited guy who probably earned his millions on a hedge fund, or the divorcee who refuses to pay alimony, but why do hackers get to decide? Add to the fact that you get to watch each of their reactions after the deed is done just makes me feel real bad.

Other missions include the trolling of a Martin Shkreli-Pharma-bro caricature, tricking him into thinking you’re some heavyweight rapper who is going to sell the rich guy your unreleased album, only to reveal you’re a hacker once he’s paid you, and you donate the money to charity instead. Or stealing a car from a movie set to hack it to be driven remotely, only to trash up the streets of SF while escaping from the cops. I don’t know, who draws the line?  And especially in the age of the Internet, unsanctioned hackers are just as frightening as the Generation X corporations that they purport to be protecting the world from.

What’s worse, it has brought my own video games moral relativism into question – that I’m okay running pedestrians over or mowing them down with firearms in other games, but my right eyeball twitches every time I steal fifty bucks from a passerby with my super powerful hacker smartphone. I guess having been hacked myself, the hacking aspect of the game hits closer to home than the disconnect of wanton physical violence.

Also, Marcus must be carrying some heavy-duty power banks with him all the time because how does he keep his super laptop and smartphone fully charged throughout the day with the kind of things he gets up to?

Anyway, my point is – I don’t know, Watch Dogs 2 is a cool game and I can tell that Ubisoft sincerely wanted to make something that didn’t seem like a GTA rip-off. It even feels like a smart game at times (except for the terrible PS4 control scheme). And it’s a breath of fresh air that it’s an open world game that doesn’t rely on outright violence – you can go the entire game just hacking and stealthing, not killing a single person. I also like that it stands apart from GTA V because it presents a far less cynical worldview, and characters are not written to be caricatures to laugh at. But it’s not really hacking. And the lack of a real dialogue about the goods and evils and in-betweens of the power to control the world through the Internetz is a totally missed opportunity. But it is the same criticism I had about Ubisoft’s The Division – a game where as first response operatives in a post-apocalyptic New York, your job shouldn’t just be to go around shooting looters, but to help save people, serve soup, keep the supply lines running and not end up imposing a military-centric rule. But I guess those kind of deep thinking games are not what makes Ubisoft money and keep the big evil corporations (read, Vivendi) from buying them out.

Here’s a thought – what if for the next Watch Dogs, you spend most of the game time sitting in the dark, in your underwear, in front of a computer screen hacking things through the Internet for the “greater good”, and then occasionally stepping out into the open world part of the game to buy groceries, meet friends, be a “normal” person. But no one knows that you’re a hacker, and that only you will ever know the ramifications of your actions – and those two things are the inherent rewards of the gameplay. Now wouldn’t that be a great game about hacking?

Jun Shen is an occasional contributor of words to the Internet. But he is not a "journalist", and he is not a "writer". He has played a ton of games in his short life though (as if that’s any real qualification). He does however have a day job in the games industry.
Previous post Hideo Kojima’s Death Stranding – Mads Mikkelsen stars in magnificent and creepy new trailer
Next post Distant Worlds: music from Final Fantasy (Singapore) event