Review: Warhammer Vermintide 2 is unrelenting in its action 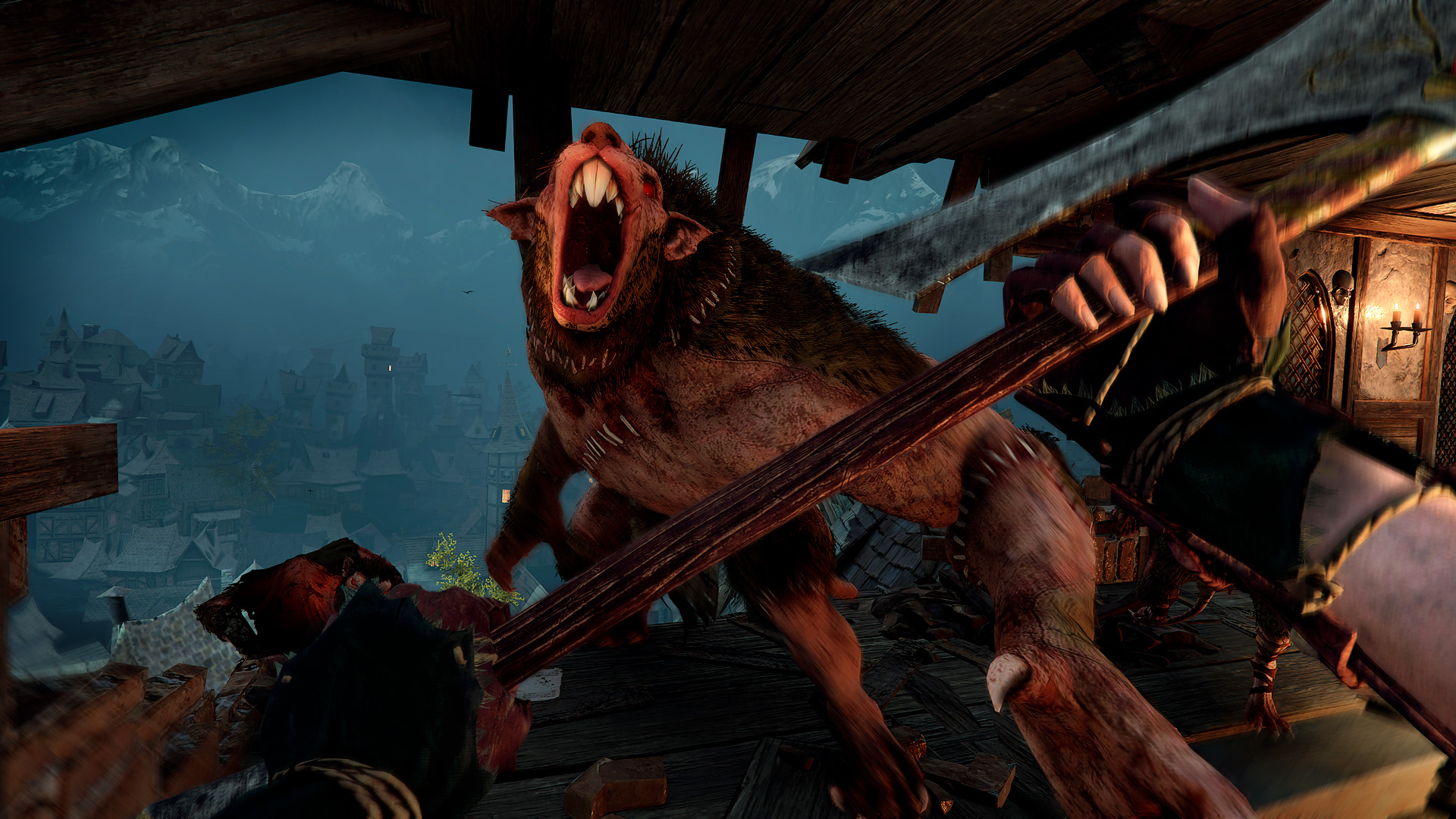 I love Warhammer 40,000 but their Fantasy sibling always felt too forced for my tastes. It’s why I didn’t look forward to playing Warhammer Vermintide 2, having already skipped the original. Now that I’ve played it, I still don’t think much of the setting; as a game, however, it’s actually pretty good.

Vermintide 2 assumes you’ve played the first game so players like me will be left floundering right from the start. Who are these characters? What happened to them? Is this supposed to mean something? Luckily, once you’ve cleared the prologue, that missing background knowledge no longer becomes much of an issue.

After fighting through swarm after swarm of ratmen (which is basically what the Skaven are), you’ll slowly get to know the characters and their personalities. There are only a few cutscenes scattered throughout the stages, so much of the story is delivered through the loading screen briefings, your actions, and the bits of dialogue in-between. The story isn’t going to mean much unless you’re into Warhammer Fantasy, but it does serve the purposes of the game nicely. 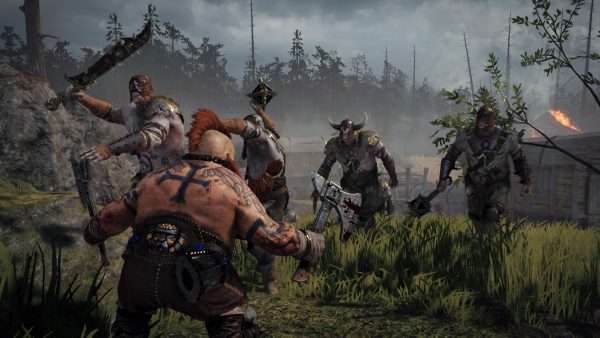 The Vermintide games borrow heavily from Valve’s popular Left 4 Dead series, at least in its base mechanics. Your group of four will have to run through a largely linear level while swarms of Skaven attack, ambush, and do their best to stop you from reaching your goal. One boss fight or set-piece battle later and you’ll have to fight you way out to the escape point.

What Vermintide 2 gets very, very right is its combat. You have five playable heroes, each giving you a different kind of playstyle. You may choose the complicated fire mage Sienna, who must balance use of her power or risk overheating and blowing up; or the hot-blooded Bardin, who does much better when he’s fighting right in the thick of things.

Whether it’s ranged or melee, fighting the mass of Skaven and forces of Chaos never gets old. It’s very satisfying to cut down the AI in droves, mainly due to the great physics engine at work. You get believable depictions of decapitations, amputations, and other gloriously violent effects that’s the result of sharpened (or blunt) weapons meeting an enemy. 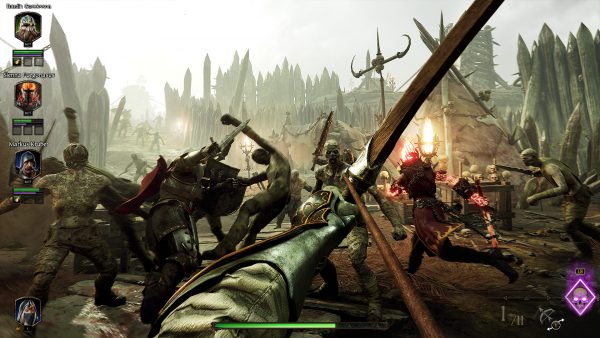 The melee weapons feel especially weighty, so much so that you can almost feel every impact. The superb sound effects complement the action very well, bringing another draw to the game’s fast-paced combat. This isn’t like Dynasty Warriors though, where every sweep of your blade or hammer spells instant death. The game’s a definite challenge, even on its lowest difficulty. Even raising your power level, which increases as you equip better items, can mean little if you get overconfident or drop your guard.

There are two reasons for that. First is the AI Director working behind the scenes. It controls the ebb and flow of every stage you play, randomly spawning enemies and other gameplay effects so you’re always in for a challenge or a surprise. Vermintide 2’s AI Director works as well as it did for Left 4 Dead, which helps to improve the replay experience.

The second reason is the small pool of special enemies. These specialist Skaven are very similar to the special Infected in L4D, each having their own traits and skills. You’ll definitely need to be on your toes when one appears, since it’s usually timed with a massive wave of approaching enemies. Some ambush lone party members from the shadows; some hook and trap you till someone comes to rescue. It might seem chaotic if you’re watching the game, but playing it, you start to appreciate the sheer chaos of it all. 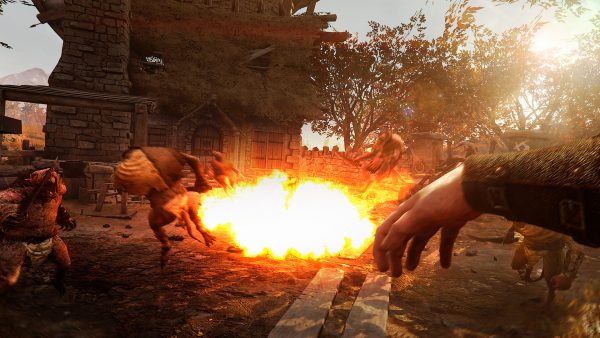 At least the friendly AI is efficient. They can be extra tenacious at times, zealously charging enemies to engage in combat. If there are none nearby, you’ll see them running off to whack ratmen farther away. They’re awesome bodyguards, make no mistake about that, but I often found myself wishing I could get in a few hammer-blows myself. There is no way to play through the campaign solo — how else would you deal with those special Skaven? — so an option to tone them down would have been great.

Unlike Left 4 Dead, there’s a good amount of character progression in Vermintide 2. Heroes can level up, can be equipped with loot you find, and can swap between three sub-classes. These unlockable sub-classes feel distinct enough that they feel like proper, fleshed-out playstyles, and the characters themselves also have talent trees that you can upgrade and customize.

For a game with loot, however, Vermintide 2 has the most boring system I’ve ever encountered. The items you find are very mundane, most of them simply raising your stats and nothing more. There are a few weapons that switch up your attack patterns and skills but not enough of them to improve replay value. Their Loot Boxes are barely worth the effort, too. You’re better off using the crafting system for weapons that you do want, with attribute re-rolls to bring you closer to your dream build. 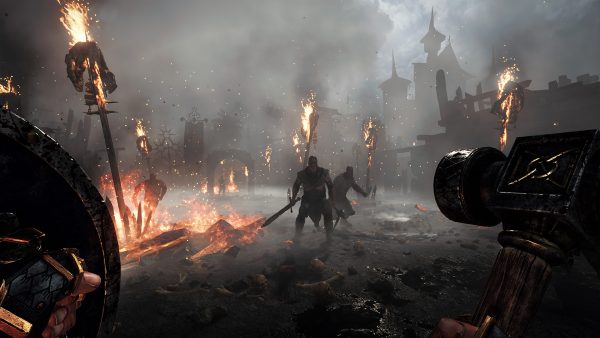 While there aren’t a lot of levels to begin with, what’s available will still you take a while to get through. On average, it takes about half an hour per level; more if you’re playing on the harder difficulties. You can also find special dungeon levels from Heroic deeds, which come with their own mission conditions and enemies. You’ll want to replay the harder levels for better loot, and when that gets tiring there are DLC packs for you to explore newer levels.

Environments follow the basic fantasy types: forests, caves, ruined cities, and the like. They’re fun to run around and murder things in, but there’s nothing that really stands out about them. Since they’re mostly linear, you’ll quickly fall into a pattern of running optimized A-to-B routes. That said, you can challenge yourself by finding and carrying secret items that boost your final score. For all the chaos that happens, the framerate is smooth on consoles like the PS4 Pro too.

There’s no drop-in multiplayer but the lobby works fine for setting up for the combat ahead. You can switch heroes, sub-classes, and equipment in this safe zone so you can better match each other’s strengths and abilities. You can’t do any of this once the match begins, however, so you may want to reserve the harder difficulties for friends you can voice chat with. 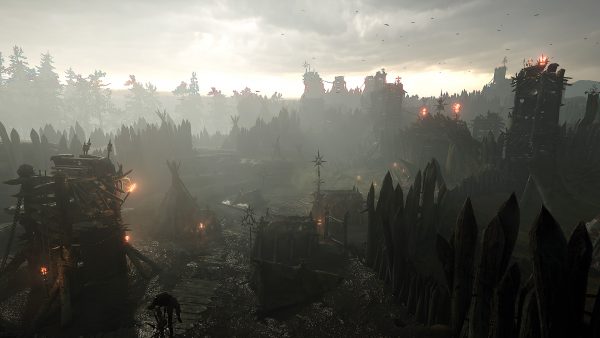 I can honestly say that Warhammer Vermintide 2 is perhaps one of the best sleeper hits of 2018. It’s visceral combat, RPG mechanics, and crafting system combine to create an engaging game that’s unrelenting in its action, yet still has the staying power to keep you playing. Who knew slaying large walking rats could be this much fun?

Warhammer Vermintide 2 is out now for PC, PlayStation 4, and Xbox One.
Developed and published by Fatshark.
A PS4 copy was provided for review.

Sal's just your average hardcore gamer. He started gaming on the NES in the 80s and has been ever playing since. Sal doesn't care about which platforms games are on, only that he wants to play them all!
Previous post Netflix won’t renew The Punisher and Jessica Jones, bids goodbye to Marvel
Next post Rumour: Scalebound may live on thanks to Nintendo