Review: Unravel Two will test your friendships and puzzle-solving abilities 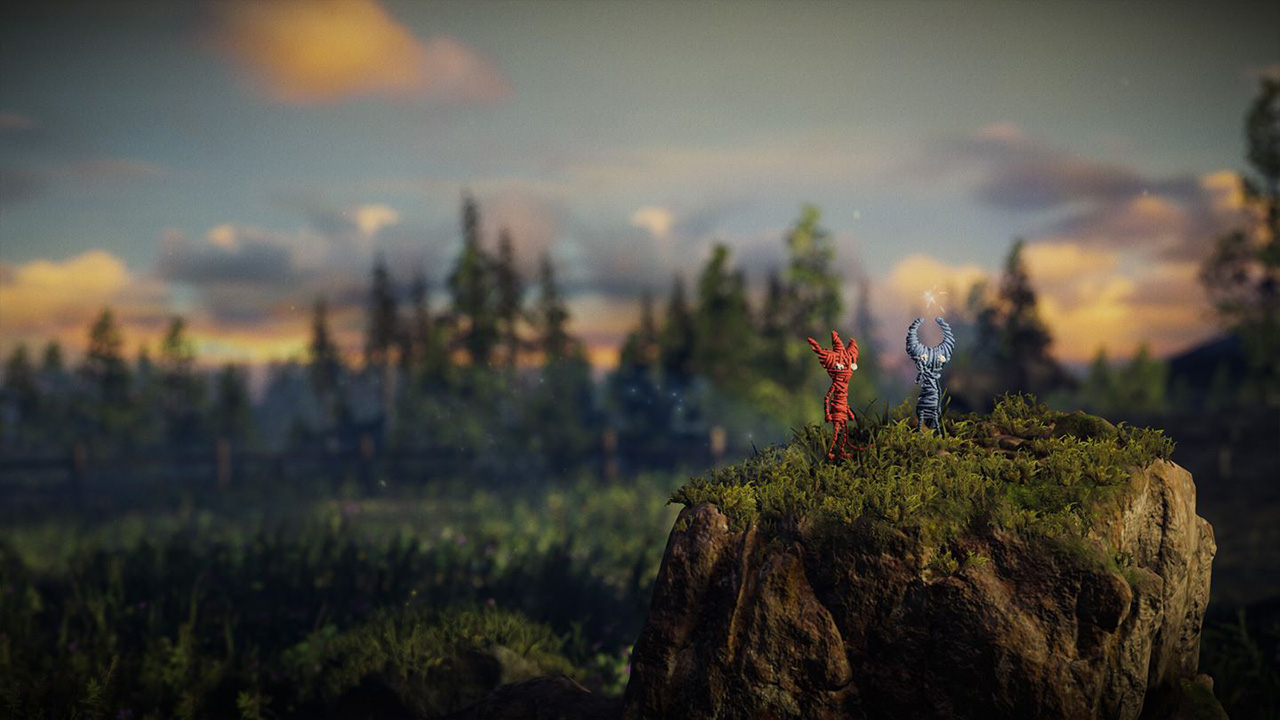 Unravel Two is undoubtedly the biggest surprise launch at this year’s E3, unveiled at EA’s press conference and made available the very same day.

Yarny the red knitted thing is back, and this time he has a blue friend. Unravel Two opens up the puzzle platformer for co-op, though it can still be played solo if you want. A lone player may swap between both characters or fuse them together, depending on the obstacle at hand. The two are basically tied to each other, and while you can extend the tether to overcome some puzzles, one can only go so far before you run out of yarn. It’s a weirdly fun dynamic that isn’t as fleshed out in single-player as it is in co-op, where it can prove devastating to progression in a good and bad way. It all depends if you’re in sync with your partner or not. Naturally, any huge differences in player skill can destroy friendships. Unravel Two calls for good communication and platforming skill if you plan on keeping your sanity. If Overcooked’s multiplayer gave you high blood pressure then stay far, far away from this heart attack in the making.

The platforming is no slouch, demanding lots of precise jumps that will leave palms sweaty. The stages, especially the later ones and the Challenge rooms, are all packed with devious traps and enemies that make you think on your feet. Too slow and it’s back to the last checkpoint for you. Luckily these checkpoints are smartly placed, usually right before a hard section, so you won’t waste time treading old ground. Unless you’re a completionist, you won’t have to worry about running out of lives.

Puzzles make use of the new duo dynamic, with ingenious use of swinging, jumping, bridge building, and rappelling. In the later stages, they’ll usually involve one or more of Yarny’s skills simultaneously. These get more and more complex as you go on, and it’s incredibly satisfying figuring them out. Their smart integration makes them seem natural for your progression, while also aiming to stymie even the best puzzle solvers. Your brain is in for a workout. As fun as the puzzles are, the stages they’re contained in do seem to go on forever. While they look nice they can appear to drag on and on, and more than once I’ve found myself hoping that the finishing line was near. I would have loved bite-sized chunks instead of these long levels.

Luckily, there are the 20 Challenge rooms that unlock once you’ve finished the second level. These range in difficulty but are basically condensed puzzles, similar to what you’ll encounter in the main levels. However, they come with a tangible reward: completing a room lets you rescue a captured Yarny, which in turn adds their unique visual features to your customization options. I had more fun playing the Challenge rooms than the main stages, to be honest, as not only were their puzzles more complex but also shorter.

If you’re looking for a “plot” then you’ll need to stick with those main levels. I use the word ‘plot’ loosely as I still have no idea what went on, even after seeing the credits. There’s no exposition, just shadowy figures in the background doing stuff as Yarny runs in the foreground. Were they spirits or what? I’ve heard a theory that we’re witnessing past events, but that doesn’t make sense since they seem to be able to interact with the objects, like pushing a lader that you can climb. Why not just focus on the Yarny duo and make a story around them instead? I’m more interested in those two than whatever the background figures were up to. I’m no fan of the music either, which feels way too calming and a poor fit for the game. For better or worse, it becomes a secondary concern or completely fades from though once you’re deep in the game and figuring out all the puzzles. Still, the stages look incredible from Yarny’s perspective, with the game providing more than a few ‘wow’ moments with its set-pieces.

In short, Unravel Two is a platformer made up of incredible puzzles and good platforming sections. However, an incomprehensible plot, coupled with stages that are much too long, hurts the overall fun factor. If you’re hunting for a co-op game, be sure to set the right expectations for yourself and your partner, as this may be harder than it looks.

Unravel Two is out now for PC, PlayStation 4, and Xbox One.
Developed by Coldwood Interactive. Published by Electronic Arts.
A PS4 digital copy was provided for review. Sal's just your average hardcore gamer. He started gaming on the NES in the 80s and has been ever playing since. Sal doesn't care about which platforms games are on, only that he wants to play them all!
Previous post Sony bundles 12-mth PlayStation Plus with 3-mth Netflix
Next post There’s a choose-your-own-adventure RPG on Mixer, complete with live dungeon masters