Review: Treasure Hunter Simulator is perfect for a weekend afternoon 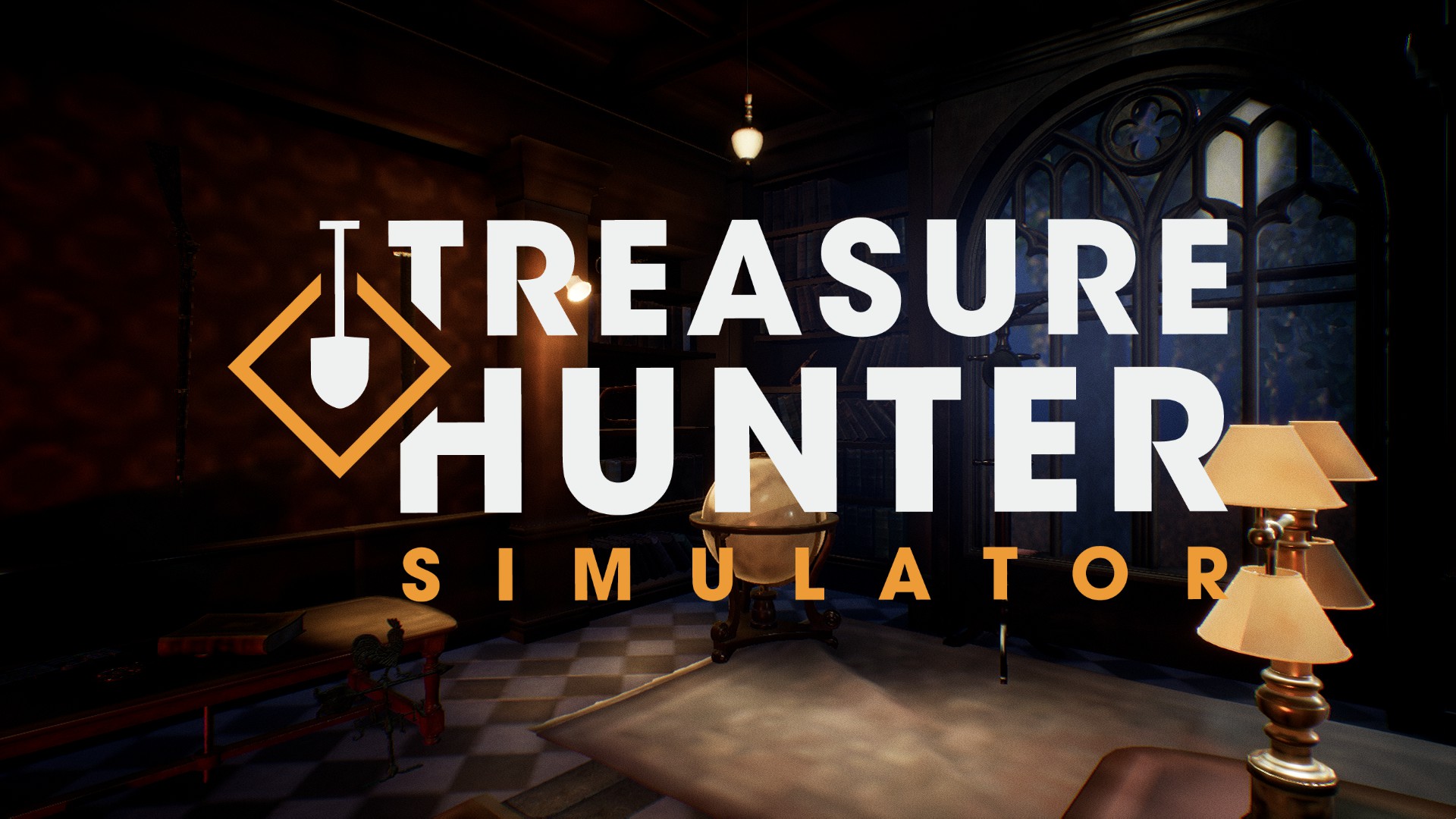 Heads up: If you want Tomb Raider-style ruins and booby-trapped temples, I recommend looking for said franchise instead. But if you’re just looking for a peaceful stroll, a spot of digging and a historical titbit or two, then Treasure Hunter Simulator is the right game.

Conceptually, this is rather novel. It’s not every day that you decide to grab a metal detector and go digging in exotic locations. That being said, I think developer DRAGO has definitely managed to encapsulate the essence and mystique of buried treasures into a compact package.

In search of promised treasure

The main story puts you in the role of an anonymous treasure hunter whose relative, Sir Richard, has just passed away. He’s left behind a tidy inheritance but it’s hidden behind specific instructions. These are relayed to you through his lawyer,  Johann Schmidt, and it involves carrying out favours and treasure hunts for certain people and organisations. Interestingly, the levels are all based on actual locations, such as the Gader Valley in Slovakia, Tenczyn Castle in Poland, and Gettysburg in the United States. Neat! 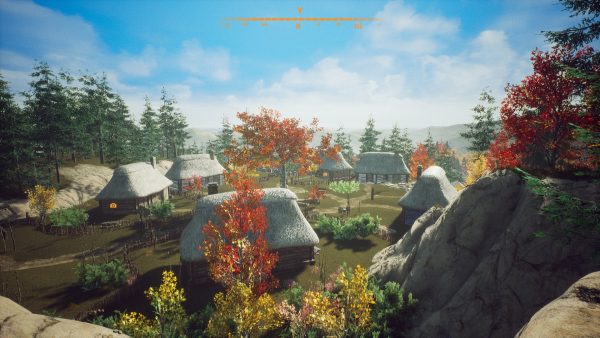 Just like the extremely cliche plot, the fundamentals of Treasure Hunter Simulator are rather straightforward: walk around, use your metal detector to search for buried loot, and dig it up. Afterwards, you can either sell the stuff you’ve collected for money or keep them in your collection. The proceeds can be used to buy new metal detectors and pay for travel expenses between the various levels.

In addition to the main “story” quests, you can also bolster your finances by accepting some additional work. These side quests encompass a wide range of miscellaneous activities, from taking photos of specific landmarks and flowers to finding the fastest route from point A to point B. Completing any type of quest earns you prestige as well, which unlocks new levels and detectors in addition to developing the story.

Tools of the trade

Your trusty metal detector is your primary (read: only) means of finding treasure. An icon pops up on screen and you’ll hear a distinct “beep” when the detector senses something. You then proceed to dig, with the result turning out to be a piece of trash or a pretty relic.

Treasure Hunter Simulator has two types of metal detectors: analog and digital, of which the latter variety is arguably more advanced. Each detector can be further differentiated based on depth and size characteristics. Depth is basically how far below the ground a given detector can sense items, while size is quite self-explanatory — the size of the items you can find with it. 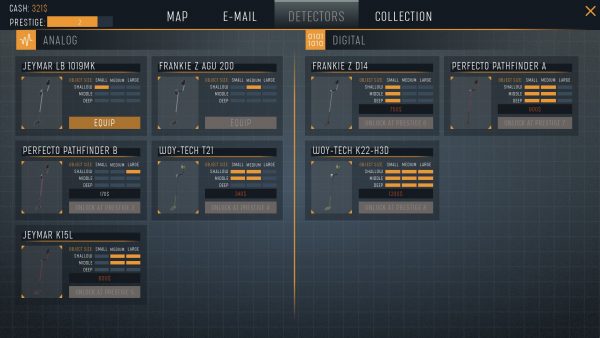 As you gain prestige, you unlock more advanced detectors for purchase. They get costlier but the items you find in later levels are usually worth more too. Alternatively, you could always revisit an earlier level with a high-tech detector to see if there’s anything else you’ve missed!

The art of Zen

If there’s anything that makes Treasure Hunter Simulator stand out it’s the in-game environments. DRAGO has absolutely nailed it in both visual and audio considerations. To illustrate, have a look at some of the screenshots I’ve snapped while playing. 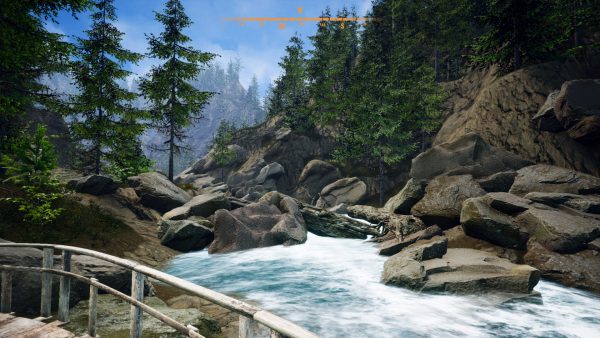 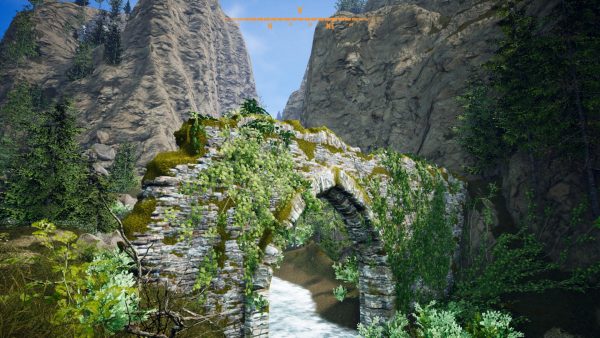 A picture paints a thousand words, and the photos definitely speak for themselves. The game looks a little like Minecraft minus the mobs and blocky bits. Natural and unspoiled. Granted, the pixel shading could be a little better up close, but I think the developers still did a fine job of making the levels look amazing. Once again, a round of applause for DRAGO.

Moving on to audio, they’ve done a great job of knowing when to keep quiet. Most games nowadays have background music playing at all times, which is nice to have. After all, gaming is all about the mood. That being said, silence can sometimes be infinitely more effective.

Treasure Hunter Simulator is a great example, injecting the occasional period of silence between BGM tracks to let you immerse in the tranquility of the levels. It brings a sort of Zen-like feel as well, and is something I really came to appreciate as I wandered around.

This might seem a little cheesy, but those who like exploring, travelling, and learning about history should look into the game as a worthwhile investment. Every piece of treasure you find comes with a short, succinct write-up on when and where it came from. 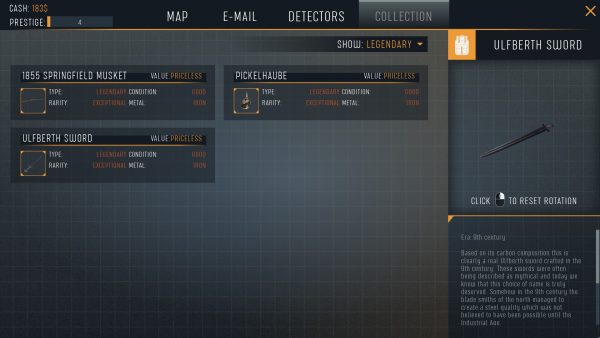 Not beating around the bush is a commonly overlooked part of making historical info exciting, and Treasure Hunter Simulator tells you just enough to pique your interest. I mean, the game is meant to help people chill and possibly learn something while doing so; it’s not meant to put anyone to sleep reading dictionary definitions.

Why can’t I jump?

In my eyes, Treasure Hunter Simulator is already a game with very few flaws. However, it’s definitely not perfect, and there are some additions that I think might have made the game feeling a little more complete. Jumping is one of them.

At face value, being able to jump might not seem very significant, but I guarantee that you will get slightly miffed when you realise you can’t get off some ledges without going completely around them.

Of course, the developers could also prevent jumping off cliffs to certain death (which would be amusing) if that’s what they prefer. It’s just that jumping would make exploring the picturesque environments infinitely more convenient.

Since we’re on the topic of getting around, perhaps a faster sprint speed might be nice to have as well.

Remember going to the toy store? The game feels kind of like that initially, captivating you with the variety of stuff available. Eventually, though, you’ll get bored after seeing the same things over and over again. While it’s understandable to have a set roster of potential treasures you can find in each level, I think I’d really appreciate having more variety. 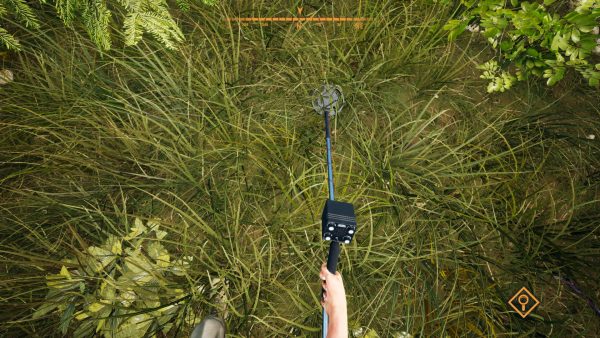 With the exception of each level’s Legendary artefact, by and large you’ll only be digging up four or five different types of treasure per level, not counting the potential mountains of trash.

That can make the game feel rather repetitive and grindy, especially if your efforts are only yielding bottle caps and carabiners. Finding trash is off-putting to begin with, but constantly finding only the same treasures can be equally so.

Do I really have to walk there again?

As much as I enjoy taking in the sights and sounds in Treasure Hunter Simulator, I hate having to pull off a “Journey to the West” just to finish two things I could have done concurrently.

Case in point: Two successive story quests on the Gader Valley level revolve around the waterfall, which requires you to travel to the opposite side of this particularly huge map every time you load the level.  Rather than completing both of them at the same time, I had to make that arduous trip twice. Jeez.

I understand that this is supposed to be a slow, take-your-time kind of game but having a fast-travel option would have been highly appreciated. Waypoints to various areas on the map would not only save a lot of time, but also save you the immense pain of holding “Shift” and “W” for ten minutes straight. 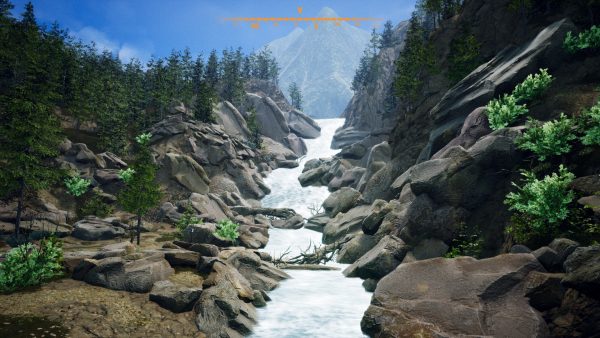 All in all, Treasure Hunter Simulator is no slouch. For a simulator-style game I’d say it’s already ticked most of the boxes it intends to: relaxing gameplay, tranquil environments, and educational nuggets. But like every other game, it’s not flawless. The game does get a little repetitive and tedious at times, though they can be improved by increasing relic variety and ease of movement. If DRAGO nails those down, I’d have no qualms putting this game on my top shelf.

Treasure Hunter Simulator is out now for PC.
Developed by DRAGO Entertainment. Published by PlayWay and Movie Games.
A copy was provided for review. 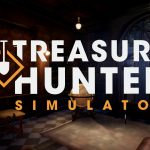 Kenneth is your dedicated jack of all trades gamer and borderline anime nut. When not writing, he likes to wind down with Overwatch, Apex Legends and a bit of Fate: Grand Order on the side.
Previous post Are we getting Persona 5 on the Nintendo Switch?
Next post EA releases official demo dates for Anthem