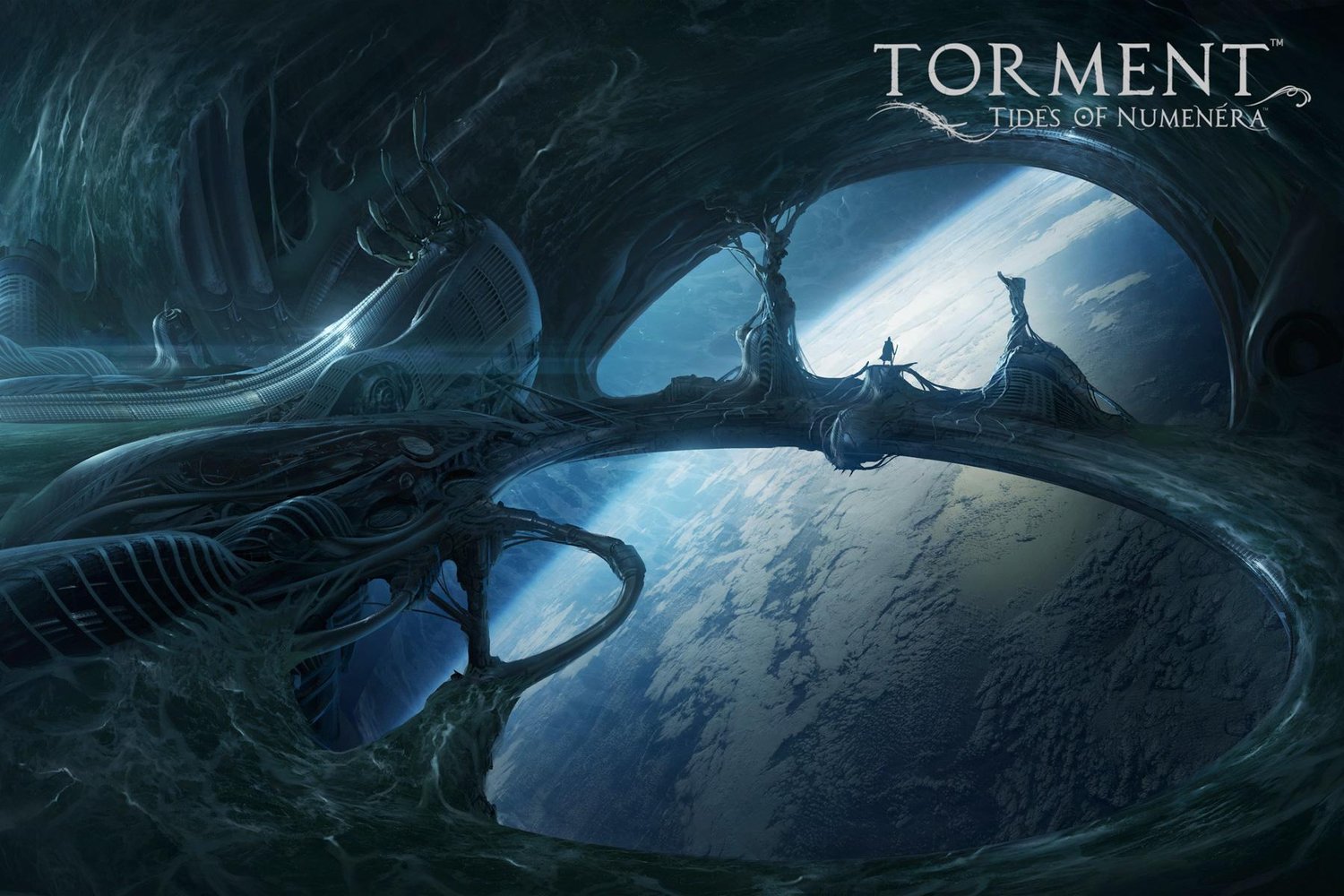 I have never played the original Planescape: Torment. I ignored it at the time due to being engrossed in other games. While I have heard good things about it, I never did find the time to play it as the years went on. Luckily, that’s not the case with its sequel.

Torment: Tides of Numenera is a game plucked straight out of the 90s. With its isometric third-person perspective, Torment brings back memories of a time when games like Crusader, Diablo and X-Com ruled the roost. However, at its core, Torment is a fusion of olden times and modern mechanics, with its grey morality, cause and effect choices, open-ended nature and sprawling dialog choices.

The isometric view is both charming and archaic. The backgrounds are in HD and look great. You can zoom in too, which is a nice perk. Characters are fully 3D and look decent from both afar and up close. However, their animation can be a bit stiff at times, making the game’s characters appear slightly robotic. If you play from the default camera perspective, everything can be rather plain. If you zoom in though, you’ll find that the game has neat little touches that might not be noticeable otherwise. Things like cloth swaying in the wind or trees rustling; trivial things you probably will overlook when the camera is far away.

Torment put you in the shoes of a being called the ‘Last Castoff’. As the Last Castoff, you start the game with a literal blank slate. Previously the body of an immortal being called the Changing God (who changes bodies whenever he tires of them), you gain your own consciousness when the Changing God, left you for another host. Thus, as both the player and the Last Castoff, everything you are going to experience in the game is new. It’s a nice way for new players to get the hang of everything without having to be burdened with knowing the game’s lore.

Over time, the picture of the world gradually fills you in and you will find that not all is as it seems. Allies might turn out to not have your best interests and enemies might not be fighting for an unjust cause after all.

Akin to a ‘choose your own adventure’ book, Torment places heavy emphasis on reading the mountains of text that the game constantly throws at you. It does get tiresome after a while but I’ve found out that frequent breaks (instead of marathon sessions) make it bearable. Luckily, the text (story and flavor) is wonderfully done, with colorful (sometimes graphic) descriptors of what the game wants you to know.

Moving around the map is done via the analog sick and interactions handled with the L1, R1 and X buttons (we reviewed this on a PS4, by the way). It can take multiple tries to get your commands to register, weirdly enough, giving the game a slightly sluggish feel. Despite it being an isometric game, the scrolling isn’t as smooth as it should be. There can be hitches as you move around, stuttering the screen as it moves to accommodate the new view. This happens even on the PS4 Pro with Boost Mode enabled.

On top of that, I also encountered a major bug (and tons of minor ones) that prevents the game from detecting R2 button presses. Weirdly, the issue only affects my main controller, which came bundled with a PS4 I bought at launch. If I change to a newer one (a Gold PS4 controller, though not the latest model with the light bar on top), the issue vanishes. It’s not an issue with my controller either, as the R2 button functions normally in every other game. If you only have one controller, beware. I’ve not found a remedy for this at all. Other bugs that I’ve encountered included graphical glitches, the game freezing in loading screens (or during gameplay) and random crashes to the PS4 Home screen.

For a modern RPG, Torment puts heavy emphasis in the Role Playing part. Talking, interacting with stuff and exploring take up the bulk of your gameplay time. Combat (what little there is of it) is reminiscent of the early Fallout games. A special area is cordoned off, and everybody takes turns doing their actions. Everything is governed by the skillful usage of action points, from movement to attacking. It’s serviceable but ultimately, very basic. Luckily, fights are fast and relatively easy so most players should have no problem breezing through.

However, in a novel twist, you can avoid most of them through skillful usage of your Might, Intellect or Speed points. These points also govern the success of actions you can take while interacting with people or things. For example, early on in the game, you have to use your Might points to move something. You can try to use no points at all, but it has a low success rate. If you opt to use 1 or more points though, you’ll find that the rate goes up. The success rate is affected by a number of factors but luckily, the game also allows your companions (who might have different success rates) to try in your place. They’ll still use up your skill pool, but might give you better odds of success.

At the beginning, the game forces you to choose your class. Choosing between being a Glaive (Might), Nano (Intellect) or Jack (Speed) gives you skills beneficial to that class. On top of that, there are special titles (Tough, Smart…etc) that buff up certain skills. Needless to say, choosing a class and a title that complement each other can be advantageous. However, the game doesn’t really punish your leaning one way or another, so you can play however you prefer without fear. There’s no set way to play the game.

Fun as the game is, there are some notable issues with it. I have touched about the stuttering, bugs and other issues above but the main fault for me is the insanely long loading times. Going from one area to the next can take upwards of ten seconds (on a stock 1TB PS4 Pro HDD), which is overwhelming considering the game isn’t graphically intensive. It doesn’t use fancy character models or effects, yet still requires a long time to load, which can be annoying.

Another annoyance is that character interactions sometimes don’t happen instantly. Despite hitting X to interact with something, my character will instead freeze and move to a certain location before starting the interaction. Collision detection can also be problematic, as I’ve been caught up everything from invisible barriers to being stuck on background scenery or NPCs.

Despite its flaws, I still found myself enjoying my time with Torment. It’s an interesting RPG, of a type rarely seen nowadays (much less on a console). While it’s definitely not for everyone, those weaned on Joe Dever’s Lone Wolf ‘Choose your own adventure’ books will definitely dig it.

Sal's just your average hardcore gamer. He started gaming on the NES in the 80s and has been ever playing since. Sal doesn't care about which platforms games are on, only that he wants to play them all!
Previous post First look at Lara Croft from the 2018 Tomb Raider movie
Next post Oppo R9s and R9s Plus Review: Working within the safe and familiar