Review – South Park: The Fractured but Whole (PS4) delivers more of the same 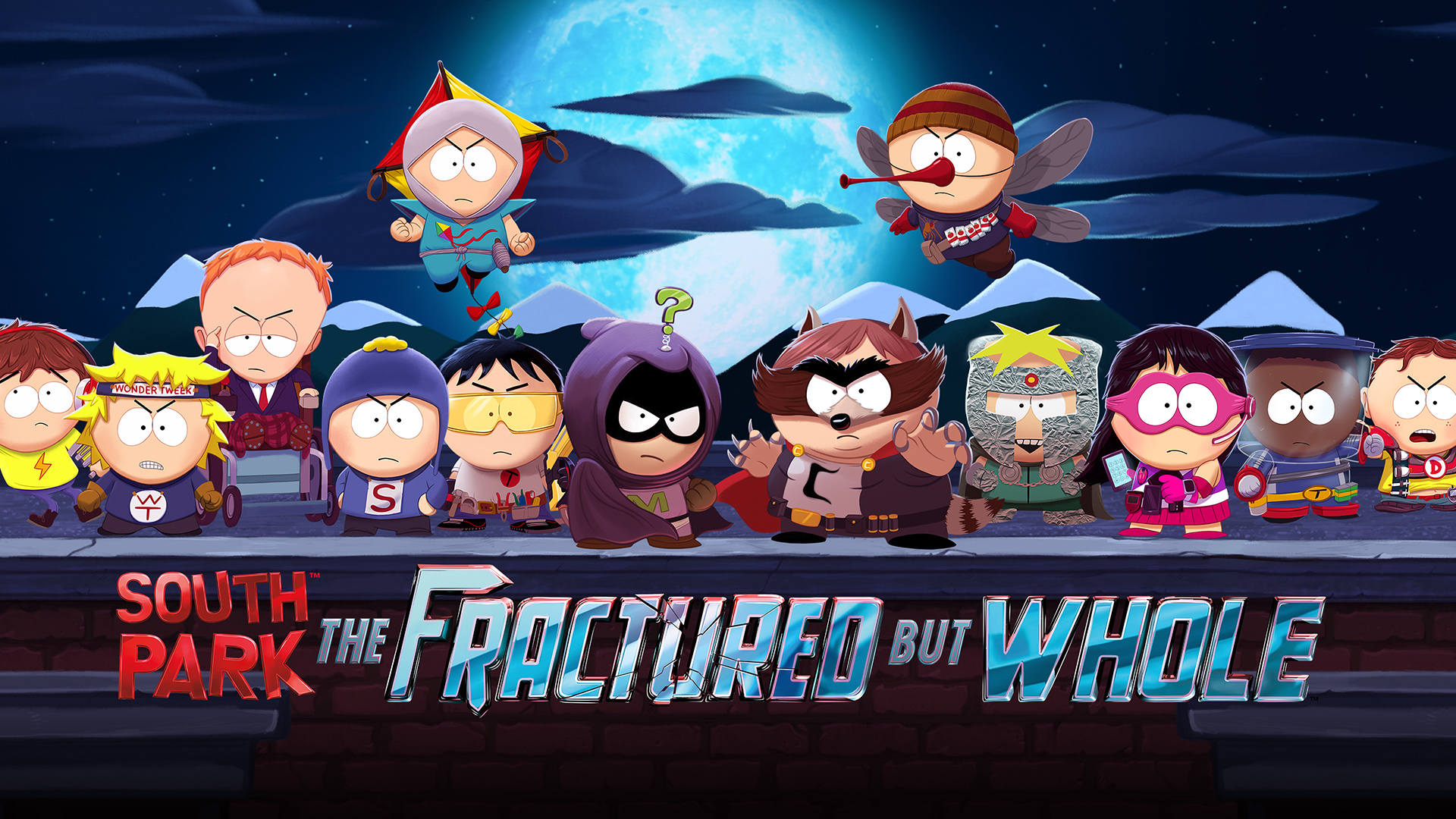 If you’re new, go play The Stick of Truth first; trust me, it’s good. Returning players will be glad to know that The Fractured but Whole continues immediately after the first game’s ending. Although ‘The New Kid’ (aka ‘Douchebag’) manages to save South Park, the victory is immediately rendered moot as Cartman decides to role-play as superheroes instead.

Since the events were all make-believe, The Fractured but Whole wisely wipes the slate clean while still acknowledging The Stick of Truth. You can’t import old character data (a shame) but the game does include funny moments if you decide that the previously male New Kid should now be a girl.

By swapping fantasy for the new superhero theme, we get to see parody versions of characters such as The Flash, Batman, Superman, and other notable heroes from the DC and Marvel universes. This change in setting belies the familiarity of the game as, despite its superhero trappings, the game is pretty much The Stick of Truth with some new add-ons.

For instance, The Fractured but Whole shares a plot that’s just as out there. Cartman, going by ‘The Coon’, needs money to start his own superhero franchise. The adventure then begins with a simple fundraising plan involving a missing cat, but the plot soon meanders into a much more elaborate affair, with crime families, time travel, and Morgan Freeman. Yes, it gets weirder the longer you play.

South Park’s humor is fully intact and completely upfront. One of my favorite moments happens early on, when The Coon has gathered all the other kids in Cartman’s basement. Despite everything that’s happened, The New Kid still doesn’t get an invite and so must find the code to a combination lock – the twist being that the lock is a phrase.

Now, since it’s Cartman we’re talking about this phrase isn’t hard to guess – I got it on the first try – bypassing the need to find the journal containing the password. Do this and the game happily breaks the fourth wall, chiding you for “cheating”. It’s awesome and almost on par with Animal Crossing’s Mr. Rosetti gag.

There are a ton of other memorable moments, including the New Kid’s “tragic” origin story, and all of them are worth a chuckle at the very least. Be warned, though: the jokes can be rather crass, racist, and sexually explicit (sometimes all three!) but hey, if you’re playing a South Park game, you know what you’re getting into.

The similarity between The Stick of Truth and Fractured but Whole continues with gameplay. As before, you’ll walk and explore every corner of the town for side quests, story missions, and crafting materials. You’ll amass Coonstagram followers (guess what that’s a parody of) to unlock story and optional missions. And, just like in the first game, you’ll run into colorful fights and new members to recruit. Instead of Jimmy the Bard we now have ‘Fastpass’; instead of Cartman, we get The Coon. Now, to be fair, they’re different characters with different sets of skills, but the whole thing still reeks of déjà vu. Luckily, the upgraded battle system steps away from the ‘been there, done that’ feel found in most of the game. It’s still turn-based, except enemies and playable characters now move on a size-changing grid. If you’ve played the old Megaman.EXE series or any tactics game before then you’ll have an idea of how it all works.

Characters each occupy a square tile and move on their turn, with their attacks varying in range and effect. It’s as much a matter of positioning as it is a matter of simply attacking until your enemies drop. With nine superhero classes to choose from, there’s plenty of versatility in building your team of do-gooders.

It might sound slightly more complicated but it works really well in practice and, more importantly, is fun. Now that even normal battles require some amount of thinking, encounters rarely feel like a case of going on autopilot and then overpowering everything. It also helps that the game makes use of the upgraded system intelligently by introducing environmental hazards or priority targets. These special conditions make it so you’re never playing the same set-up over and over again.

A key selling point to these South Park games is how they’re just like an episode out of the TV series. The stilted animation style, that weird off-kilter look to the characters, their voices… it’s all there. However, therein lies the main issue with The Fractured but Whole: as a game, it looks and plays too similarly to The Stick of Truth. Now, I’ll admit that as a licensed adaptation we can’t fault the game much for it, but it does mean that, sometimes, it just feels like I’m playing an expansion pack.

South Park: The Fractured but Whole feels more like a rehash than a sequel, yet that doesn’t take away from how fun it is to actually play. The game is a great RPG with fiendish humor and an awesome battle system, organically building upon what has already been established. So, despite the “same-same” looks, fans of South Park or games with mature humor will want to play this – it’s honestly one of the best RPGs this year.

South Park: The Fractured but Whole is available now for PC, PlayStation 4, and Xbox One.
Developed and published by Ubisoft. A copy was provided for review.

*South Park: The Stick of Truth is bundled with every purchase on PS4 and XO until 31 January 2018. PC users will have to turn to the Gold Edition, which includes the Season Pass.

South Park: The Fractured but Whole (PS4) was reviewed on the LG OLED C7 Television.

Sal's just your average hardcore gamer. He started gaming on the NES in the 80s and has been ever playing since. Sal doesn't care about which platforms games are on, only that he wants to play them all!
Previous post Overwatch free weekend scheduled for 18-21 Nov
Next post Project Hospital skips Slack Tongues and Bloaty Heads for real diseases and injuries