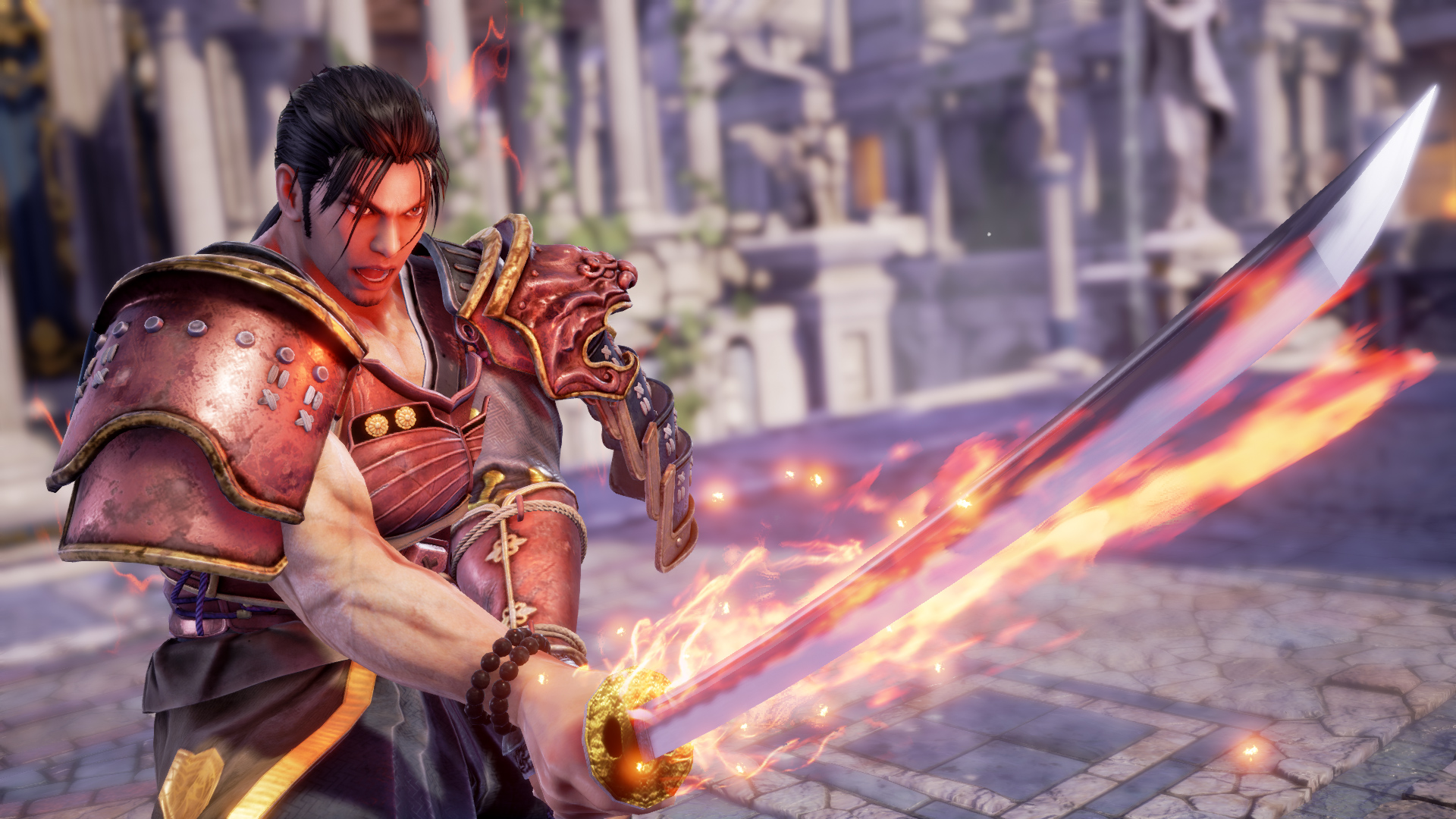 It’s been nearly two decades since my days of playing the Soul series on PS1 and at the arcade, but SoulCalibur VI swiftly brought those fond memories back to mind. It feels apt, as this is pretty much a remake in everything but name.

The good news is that nearly everybody who appeared in the games have made the cut, with some interesting changes. Siegfried and Nightmare are now two different characters, when the first just used to be a different costume. SoulCalibur VI’s Siegfried inherits most of Nightmare’s original moves, while the new Nightmare is based off the last two releases.

Unfortunately, Hwang and Rock are both missing in action. You would think that a “remake” would have the exact same character roster as the original, but that’s weirdly not the case here. They might make an appearance in the upcoming DLC packs, but it still feels odd since characters from later games, such as Tira and Zasalamel, are already in the base version.

Looking past that omission, the game truly feels like an updated remake of the first SoulCalibur. Returning characters retain most of their original moves (though a couple have been remapped to different button inputs), and animations look just like they did in the original. It’s awesome. 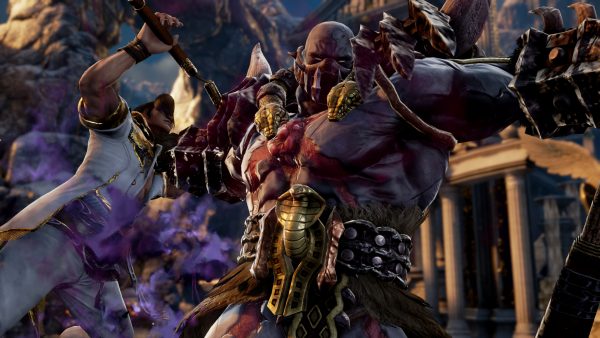 I would have been happy with just that, but it’s the two new gameplay additions that helps make this release feeling a whole lot more modern: Reversal Edges and Critical Edges.

A Reversal Edge is a two-in-one move that combines a Guard Impact counter with a vertical attack. If it hits, the camera zooms in and you’ll get to pick a button to press. Each attack has a Scissors-Paper-Stone attribute, in that they all have something they’re strong or weak against. It may sound overpowered but these attacks can be easily dodged, disrupted with special Break Attacks, or simply blocked. The Reversal Edge is meant to be a strategic move to gain breathing room, not a hammer-to-win button.

Critical Edges makes use of the new meter. They’re highly damaging but since meter buildup is pretty slow, you’re unlikely to be using them a lot in a fight. I personally thought that they’d change the gameplay flow significantly, but I’m pleased to see that in actual matches they are pretty rare to come by. As a purist who prefers old-school combat, I think that’s great.

This new meter is also used for Soul Charge, which drains at a fixed rate when activated. Doing so unlocks new moves, some of which are imbued with different properties. Depending on your playstyle and character, you might want to save the meter for a Soul Charge instead of a Critical Edge. 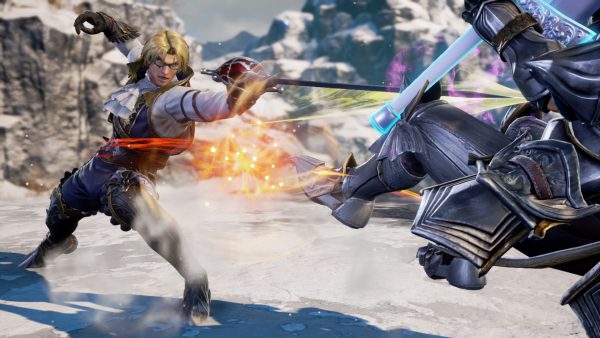 As somebody who loves lore in his fighting games, SoulCalibur VI perfectly scratches this itch. Not only do you get galleries filled with backstory, you also get two different Story modes: Libra of Souls and Soul Chronicle.

Soul Chronicle is a retelling of series, beginning with Kilik at the Ling Sheng Su temple as the Evil Seed is unleashed upon the world. What’s impressive is that the story weaves in lore that wasn’t explicitly mentioned in the original game but was on the game’s website, such as Xianglian giving Kilik the Dva-para Yuga at the cost of her life.  Most of the exposition is done through gorgeous 2D art and text, though important events get full 3D cinematics. I’d have preferred everything to be one way or the other, but this amalgam works surprisingly well.

It’s not that long — I clocked it at just over an hour — but once done, you unlock individual stories for every fighter currently in the game, along with a nifty timeline so you can see what happens when. There’s even one for guest character Geralt from the The Witcher series.

The game also constantly references easter eggs that hardcore fans will appreciate. One early example is when Mitsurugi encounters Maxi, the samurai asking the pirate if he’s the nunchuck-wielding warrior gunning after him. Most people will just take it at face value, but if you’re familiar with the games you’ll know that it’s actually a reference to Li Long from series predecessor Soul Edge. 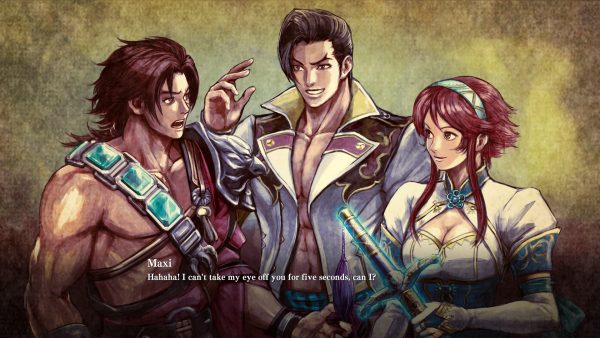 Libra of Soul is just as meaty, though this one focuses on your own custom character. It presents an alternate view to the events of SoulCalibur, with your avatar encountering the major characters as you travel the land, level up, and find new weapons to use. It plays a lot like the Edge Master mode from Soul Edge, or the Weapons Master mode from SoulCalibur II. While there’s a decent amount of gear to choose from it’s nowhere near enough. Sure, DLC is coming but why aren’t there more choices in the first place?

There’s also  Arcade mode, which functions more like a Time Attack since you’re timed on how fast you complete eight fights. There’s no character ending for finishing this, so there’s really not much of an incentive to play it other than gaining Soul Points for gallery redemptions. Of course, those Soul Points can also be received from the other single-player modes too.

The usual modes aside, SoulCalibur VI features a shortcut that lets you choose which character to use before queueing for ranked fights. It cuts down on wasted time and is much appreciated, though I wish there was one for online fights too. Weirdly, neither Soul Chronicle or Libra of Soul lets you queue for online fights.

Disappointingly, some of the extra modes from past SoulCalibur games are missing. There are no Survival or Team Survival modes, and there is currently no way to import your Libra of Souls character into other modes. Weird, since those created through the Character Creation tool can be used. 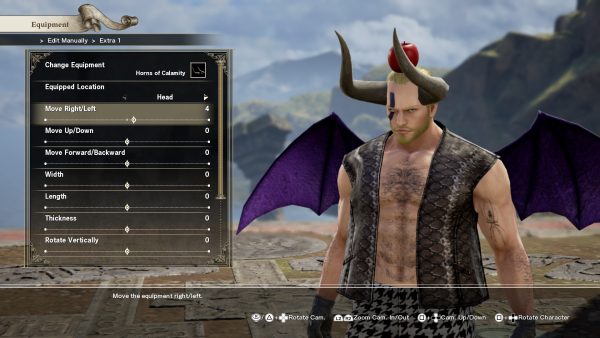 While the fighting in SoulCalibur VI is exceptional, the same can’t really be said about the stages. Some are too bland and with no personality to them, like the Windswept Plains and Sunken Desert Ruins. They’re boring and uninspired compared to the better ones like Ostrheinsberg Castle, the Kunpaetku Temple and Shrine of Eurydice.

There’s also the issue of some questionable texture work on the ground and character clothing. Take a look at the finer details on Zasalamel’s cloak, particularly around the straps, and you can see that it’s blurry. The score is a letdown too, the memorable themes and songs from past entries gone with nothing comparable in their place. That’s not to say the music is bad, but old timers who’ve been here since the beginning will certainly feel it isn’t on par.

Yet the bigger issue here are the slow loading times. It’s the one big drawback to the all the fights you’re constantly thrust into, and they’re the same no matter what mode you’re playing. It makes getting into and out of fights an annoyance but, luckily, it’s all smooth sailing after that. There are some weird character glitches, particularly when doing Astaroth’s grabs and throws, but the gameplay itself wasn’t affected at all.

There’s no lag online too, especially if you make a point of avoiding the match-ups with poor connections (1 or 2 bars). The netcode is stable with no hitches or anything of the sort, and I had a great experience with minimal input delay throughout. 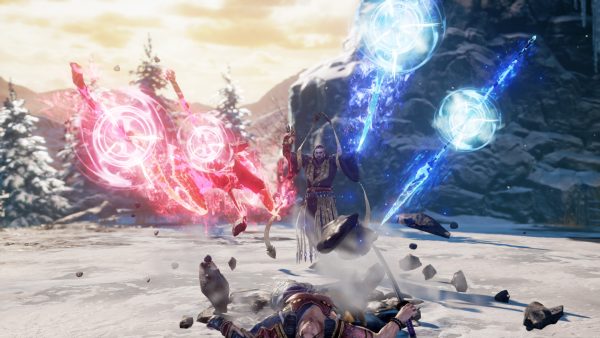 Fortunately, the few problems it has aren’t enough to down the game. It’s great to see the SoulCalibur  series return to form after some seriously questionable installments.

SoulCalibur VI not only builds upon what’s been established in both lore and gameplay, but it also adds in two massive single-player modes that will eat up a ton of your time. The relatively lag-free online matches means finding and fighting challengers isn’t an issue, and the bevy of unlockables in the gallery will ensure you keep playing for a long time to come. It’s definitely one of the best fighters in recent years, and it desperately needs somebody to sort out all of that slow loading.

SoulCalibur VIis out now for PC, PlayStation 4, and Xbox One.
Developed and published by Bandai Namco Entertainment.
A PS4 copy was provided for review. 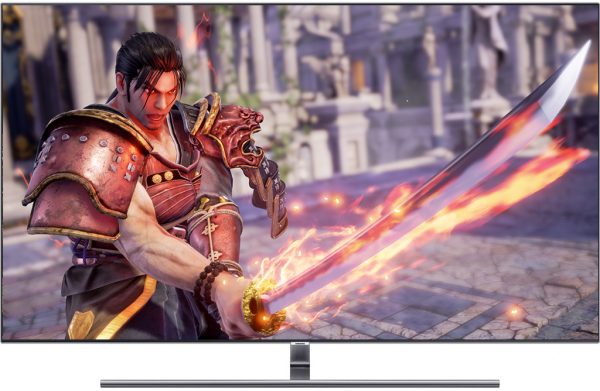 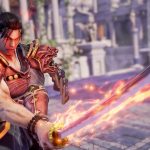 Sal's just your average hardcore gamer. He started gaming on the NES in the 80s and has been ever playing since. Sal doesn't care about which platforms games are on, only that he wants to play them all!
Previous post Fallout 76 beta hits the Xbox
Next post “Sale” of the Tomb Raider?