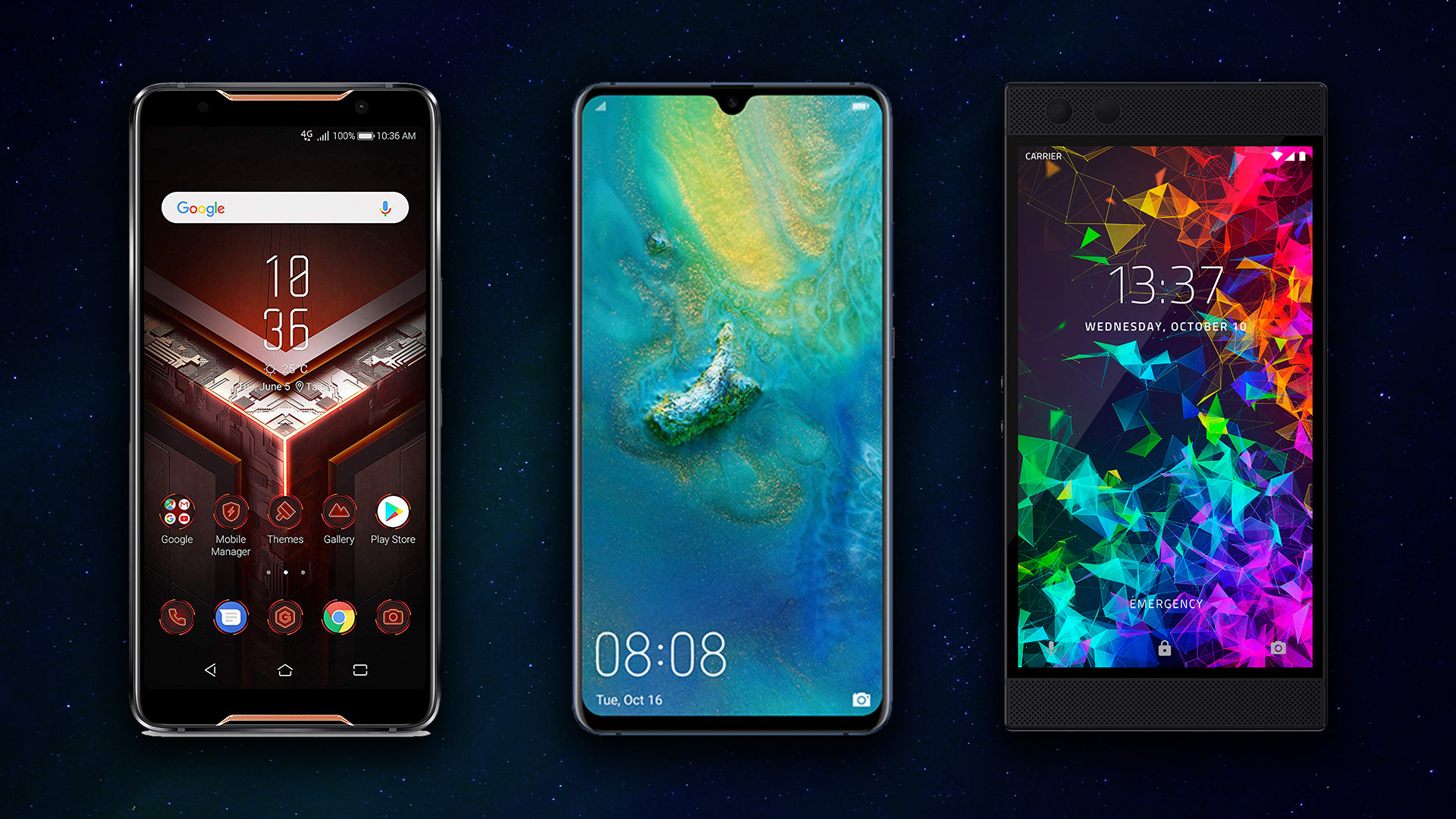 Gaming smartphones — it’s an idea Razer revived back in 2017, setting the industry alight with rumors, speculations, and eyebrow-raising skepticism. Did we really need one? How was it going to shake up the smartphone race? And what does it mean for mobile gaming? When all was said and done, the answer to that last one turned out to be: not much.

Now, a year later, the successive Razer Phone 2 finds itself against giant competitors eager to wrestle some territory from the green snake. These new challengers, the Huawei Mate 20 X and ASUS ROG Phone, both racked up headlines for reasons of their own. They’re all great phones, to be sure, but how do they stack up against one another in a gaming battle royale?

I’d be hard-pressed to call any of these phones ugly, though the ROG Phone admittedly falls into the love-or-hate divide thanks to its loud and masculine design; it’s not as flashy as some of their ROG notebooks, but if you’ve seen their work then you know that it’s kind of an acquired taste. What it does have going for it are some great technical features built into that design, which also happens to look and feel sturdy thanks to its hefty glass and metal body.

The Razer Phone 2 doesn’t fall far from the tree, sticking by a blocky design that’s highly reminiscent of a gaming PC case. It’s a unique look among most commonly available smartphones here, though those cornered edges — rounded ever so slightly — do make me anxious for a bumper case. However, the back plate has been swapped to glass to facilitate that wireless charging, fortuitously granting the rear RGB lighting a nicer finish.

The most conventional design falls to the Huawei Mate 20 X. It’s still differentiated by that rocket-launcher-like camera arrangement, but most of the phone sits in familiar Chinese-flagship territory. Not that it counts against its favor because the phone does look good, especially with that big 7-inch screen, but it doesn’t share that unspoken rule of gaming products looking different.

With all three phones sauntering past the $1,000 mark we’re pretty much guaranteed some top-of-the-line components. No prizes for guessing that the priciest option, the ROG Phone, comes with specs that creeps ahead of the others. That being said, we can see here that each model has hedged their bets in separate arenas, making it a little easier to match them to different buyer preferences.

Surely being a gaming phone isn’t just component-deep, right? Hence we’ve reserved a small section to take a look at the software-side features available in these phones.

The ROG Phone sports the most in this regard, and they’re actually pretty nifty. There’s an X-Mode that, when activated, clears your memory cache and a laundry list of things in an effort to improve performance. I honestly didn’t notice any improvements with it on or off, though it does make for a fun little thing to do. More pertinent is the Game Genie app that not only grants you a system monitor overlay, but also key mapping (for AirTriggers or other add-ons) and quality-of-life touches such as a locked navigation bar and automatically disabled alerts.

The Mate 20 X seemed to be lacking until I connected the Betop G1 controller via Bluetooth. It’s a little convoluted since you must be willing to tinker and explore, but the AppAssistant settings it holds turn out to be surprisingly comprehensive.

As for the Razor Phone 2, it comes preloaded with Game Booster for automatic system optimization as well as settings for the Razer Chroma lighting. You’ll also find the Razer Cortex Mobile app that lets you earn rewards for playing games. 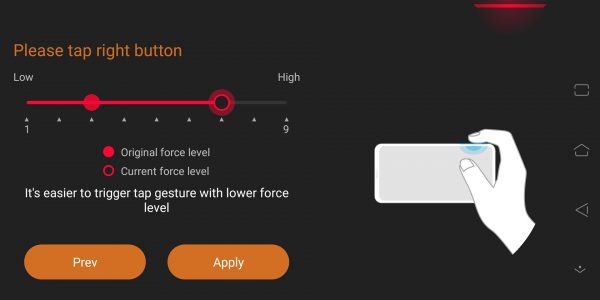 The controller add-on for the Huawei Mate 20 X comes with loads of customisation. 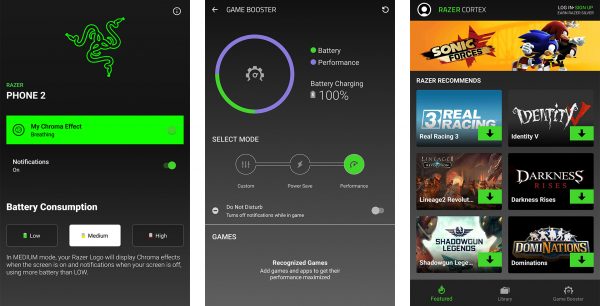 As usual, I ran the benchmarks immediately after the phones were factory reset, updated, and charged. A 20-minute cooldown was followed after every test to negate thermal throttling. All phones ran at their “best” settings in terms of display refresh rate or boosts such as ROG Phone’s X Mode.

Geekbench runs a comprehensive set of tests to determine a device’s CPU and GPU performance.

For battery life, we adopted the testing approach of our sister site, HardwareZone. In short, we looped a 720p video at maximum brightness and volume with background apps running and battery saver disabled.

Number of hours the phones managed to run our in-house battery test.

The real-world tests are important to consider more “human” aspects such as ergonomics, user features, or simple app compatibility. Again, we made the phones rest between different games, this time for 15 minutes. 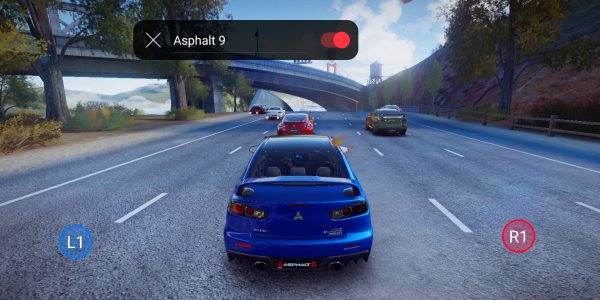 Asphalt 9 ran without a hitch on all three devices, my Mitsubushi Lancer drifting, boosting, and soaring through the streets of San Francisco and Rome with no perceptible slowdowns or delay. The cars looked equally great across the board, though the crisper display on the Razer Phone 2 did stood out to me.

However, it was the ROG Phone that brought actual gameplay improvements — the AirTriggers along the phone’s side considerably helped with comfort since I could switch between using my thumbs and forefingers at any time. The Gamevice accessory pairs great with Asphalt 9 too, though it’s not that big of a improvement given the game’s low difficulty barrier. 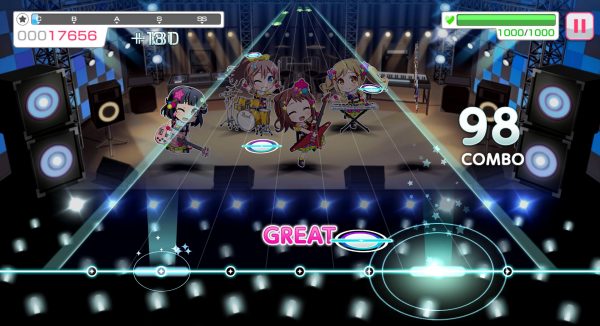 Garupa runs smoothly on the ASUS ROG Phone, even with all the visual effects turned on.

Once again, the Razer Phone 2 really came into its own thanks to that beautiful display, rendering all of the colourful elements and effects with lovely clarity. There was no visual smearing when there were loads of prompts on-screen (forced by lowering the note speed), nor were there any slowdowns during the notorious ‘Fever!’ Phase in multiplayer. However, you will  need that 3.5mm adaptor to get past the slight audio delay over Bluetooth.

The ROG Phone fared just as well in terms of performance, though it didn’t share the same 3.5mm annoyance as the Razer. Strangely enough, it was the Huawei that came up short for Girls Band Party. As with our previous shootout, there was a perceptible audio-video desync that called for some patient tweaking in the Sound Adjustment setting. 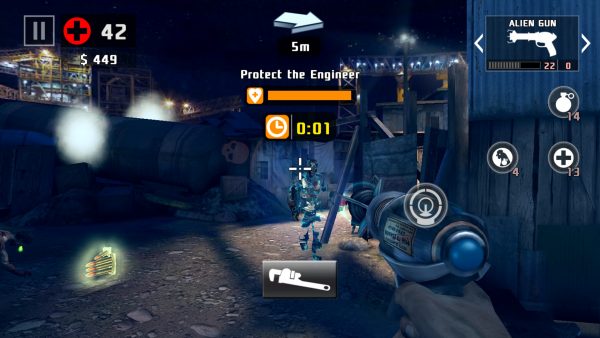 Games all look great on the crisp display of the Razer Phone 2, including zombie shooter Dead Trigger 2.

Dead Trigger 2 didn’t put up a challenge for any of these three phones, their frame rates staying buttery smooth regardless of mission objective or level difficulty. To sound like a broken record, the Razer Phone 2’s better sharpness made a great first impression, so much so that it actually made the game feel dated; I’m sure it’s high time for a new Dead Trigger game to meet higher gore expectations.

The Huawei was an excellent match thanks to its larger display, giving me plenty of visual space to line up my shots and send limbs flying. The ROG Phone handled the undead with flying stars as well, though its bonus features didn’t bring any worthwhile improvement to the experience.

The larger display on the Huawei Mate 20 X made reading text-heavy games much easier on the eyes.

All things considered, the mobile MMO seemed better suited to the ROG Phone than the Razer Phone 2 or Mate 20 X. For one, the grindy, long-running nature of the game meant that the various accessories available actually saw some use. The AeroActive Cooler means you could have the game running and the phone charging for hours; the TwinView Dock could let you auto-quest while doing something else; and the GameVice controller could give you a more involved take on PVP and harder content.

If ASUS were out of the picture then I’d be drawn to the Huawei, again for its big 7.2-inch display. As much as the developers have tried to streamline it, there’s still a ton of information available in an MMO. Not having to squint at chat, item stats, or any of the available text any longer made for an appreciative sigh, and I’m sure any MMORPG player would agree. 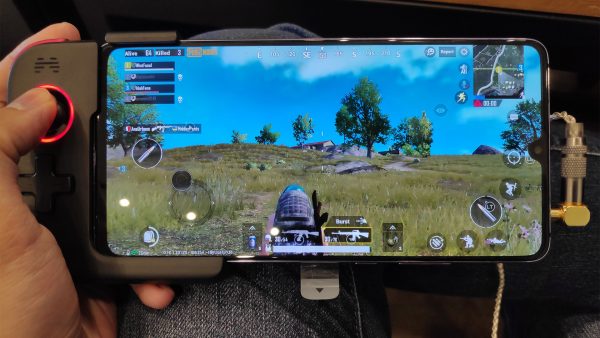 The ROG Phone and Mate 20 X, by virtue of their physical controller add-ons, felt like a match made in heaven for PUBG Mobile. The former’s GameVice, in particular, easily elevated my accuracy and responsiveness to a whole new level, making the climb to the “Top 3” almost effortless (in Gold rankings, at least). It almost felt dirty having all of those buttons to work with, and I’m curious to see how these mobile controllers would affect the competitive scene.

All that said, I find the Huawei pulling ahead here. Sure, its controller only docks to one side so you’re lacking the second analog stick, but that’s easily mitigated by the larger screen. There are less buttons and visual elements cramped on the display, plus your thumbs cover up less, so you wind up having more available space to scan your environment for landmarks and enemies. You could dock the ROG Phone to a monitor, of course, but at that point you might as well play on PC.

It’s apparent to me how the biggest of the lot, the Huawei Mate 20 X, seems to be the better all-rounded flagship for consumers. Not only has it already joined the Android Pie gang but it boasts some attractive photography offerings too, adopting three rear cameras peering through coveted Leica glass. They’ve also strengthened that quality pillar in the audio department, backing it all with a massive battery that just seems to run forever. Huawei have plenty to be proud of with those core smartphone features, so it feels like such a misstep for them to compare the phone to the Nintendo Switch of all things. The Mate 20 X handles games well and the controller accessory works great but, given how bog-standard most of the phone is, this was a battle it was simply bound to lose.

In that vein, it’s disappointing that Razer didn’t do more with innovations. As the pioneer for this second wave of gaming phones, all they’ve done is to bolster their previous model. The 120Hz display looks better, the cameras seem to have improved, and the wireless charging is nice, yet they’ve been embarrassingly outpaced by a gung-ho ASUS and their balls-to-the-wall ROG Phone. You could say that the latter was in a better position with their smartphone business and manufacturing capabilities, but given the way Razer markets themselves you’d think they would know what smartphone gamers want or need. 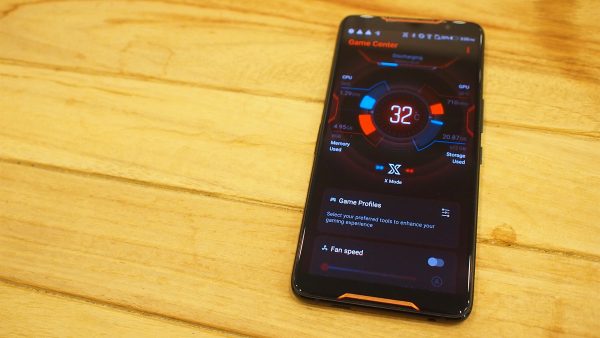 So that means the ASUS ROG Phone comes out tops, right? Yes, it does, though it didn’t win simply by elimination. Rather, ASUS deserves every credit for taking the gamble on a pricey, top-tier offering — the smartphone equivalent of SLI-equipped laptops, I suppose — that not only addresses some user pain points but also explores how mobile gaming can go further. There’s little doubt that you’re holding something mad, adventurous, and experimental here, and the spread of accessories only helps to push that sense of wonder further. Maybe we’ll even see more modular systems in the future — I’m sure LG and Motorola are keeping watch.

Between the three, the ASUS ROG Phone definitely feels like the gaming smartphone of 2018. Regardless of how this trend pans out, it’ll go down in our collective memory as the phone that dared to be different.

Ade thinks there's nothing quite like a good game and a snug headcrab. He grew up with HIDEO KOJIMA's Metal Gear Solid, lives for RPGs, and is waiting for light guns to make their comeback.
Previous post Deal Alert: Razer Kraken Pro V2, Nintendo Switch, Humble Bundle Winter Sale and more
Next post Bungie splits with Activision, gets $100m from NetEase