I’d never thought I’d be impressed by a game that hits way below the belt. Well, not literally, but where Sea of Solitude really gets you is in the feels.

And believe me, it hits you hard.

Developed by Berlin-based studio Jo-Mei and published by Electronic Arts, Sea of Solitude explores the complexities behind a presumably fundamental concept: being human. It puts you in the shoes of a young woman named Kay, who awakens in a world filled with water and abandoned cities, possessing nothing more than a boat, a flare and a knapsack. 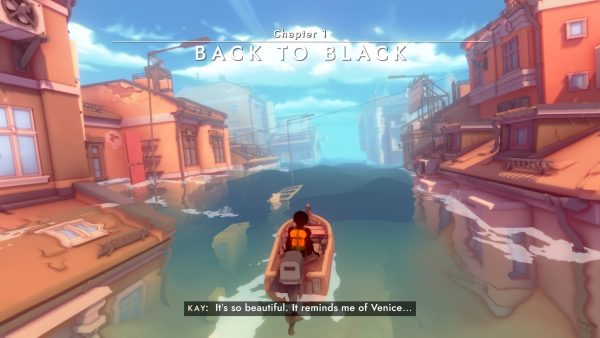 As developer Cornelia Geppert shared, Sea of Solitude is largely based on personal experience. Although that’s a common blueprint for a lot of games nowadays, I have no qualms saying this is probably one of, if not the most, well-executed games in that regard. So, without further ado, let’s see what Kay’s odyssey has in store.

The game doesn’t waste any time, opening with several lines that very quickly and subtly set up the context of the story. Those first few minutes pretty much sum up all the mechanics a player needs, too.

The overworld is based on Kay’s own tormented psyche, and the various monsters and apparitions roaming about — giant sea monsters, crustacean-like behemoths and even a gigantic crow — represent people she knows and Kay herself too. Nearly everything about the environment changes as her psychological state changes. Pleasant sunny beaches can give way to foreboding, lifeless shores in a heartbeat, while tranquil rhythms can also warp into imposing, eerie tunes. 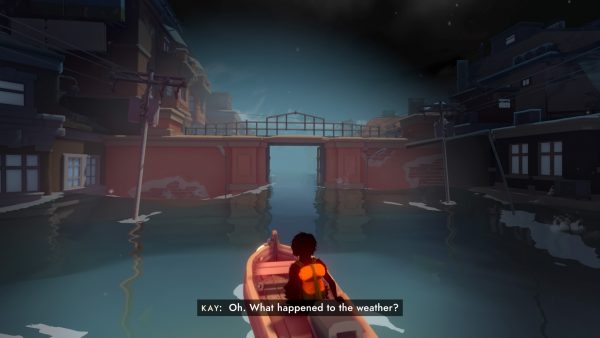 As far as I’m concerned, Sea of Solitude‘s environment, both audio and visual, has been done to a T.

Since we’re on the topic of psychology, I’m also going to throw in this little tidbit: Sea of Solitude is frightening. But not in the ways you’d expect.

For lack of a better explanation, the game is a projection of Kay’s psychological landscape, which mirrors her reality. Self-doubt, her young brother being subjected to bullying, her parents’ dysfunctional marriage, her boyfriend’s depression; the various chapters of the game all represent actual social problems, and often, their associated stigma as well. That is where the “horror” of Sea of Solitude sets in, by showing how real these problems actually are.

Poignantly, the messages that come through can continue to haunt you long after you put down the controller. 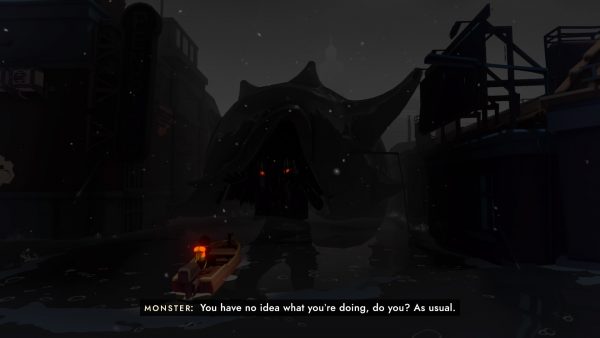 Fair enough. Kay’s main tool in Sea of Solitude is her trusty flare, which can dispel apparitions, highlight objectives and much more. However, she’ll have to do most of the other legwork herself. Running, climbing, solving puzzles and, most of all, experiencing the immensely symbolic tidal wave of emotions. 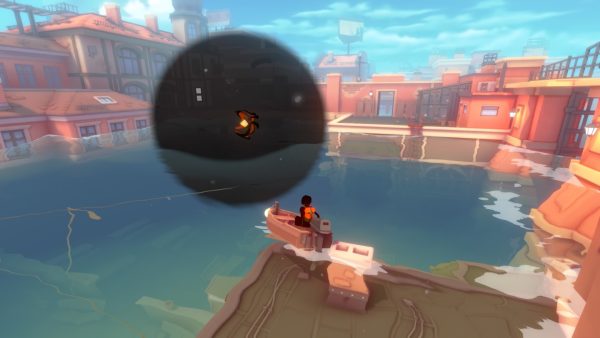 As far as the levels go the game is rather lenient, since it’s generally more about the “feel” rather than the challenge. Puzzles are relatively easy, there’s no respawn penalty, there are plenty of checkpoints and, fortunately, no Dark Souls-esque sequences. Long story short, you don’t need a lot of technical skill to complete the game. All you need is a little timing and knowing how to put two and two together.

As the cherry on top, it’s not going to blow a hole in your pocket, either. Honestly, it’s a game I’m perfectly willing to shell out the S$26.90 (EA Origin) for.

That being said, the inherent strengths of the game are also where it tends to falter.

For all the praise I shower on Sea of Solitude for its simplicity, from an objective standpoint it’s also the game’s biggest flaw.

When a puzzle or a boss is too simple, players would naturally lack the drive to replay it. Sekiro: Shadows Die Twice is a fantastic counter-example. Granted, the latter’s story isn’t exceptionally long, but the vast challenge and myriad ways players reach its end makes it worth investing hour after hour in. 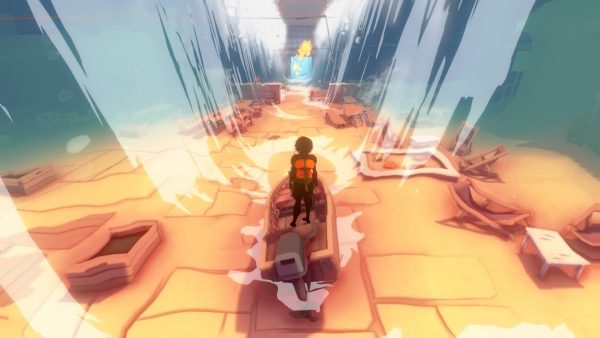 It’s this open-endedness, and by extension replayability, that Sea of Solitude lacks once you’ve cleared it for the first time. The collectibles, like pigeons and messages-in-bottles, are poor motivations and don’t award much other than a trophy on the PS4. So it only brings us back to the main point: Sea of Solitude‘s gorgeous simplicity and experiential approach is no doubt one of its greatest strengths, but also happens to be its Achilles’ heel.

That being said, considering that the game focuses more on story than challenge, I suppose I can forgive the lack of replay value to some extent. After all, like any good tale, its true splendor lies in its experience and impact.

As Kay’s psychological odyssey ends and her boat pulls up to shore, you’ll realize something about Sea of Solitude. It’s not a game you can really judge using your head — you’ve got to use your heart. In fact, you get the feeling that you haven’t really been playing a game at all for the past few hours.

No, you’ve had an experience. One that isn’t about spooky apparitions, creepy sea monsters, gigantic snow wolves nor random pigeons perched on rooftops. 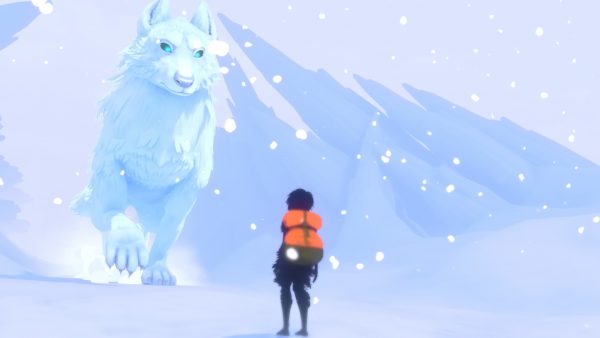 If it wasn’t clear enough already, it’s about reality. About life. About caring for our loved ones and moving on. One of the monsters in Kay’s journey summarizes it pretty well: “Life isn’t about loss — it’s about change. And sometimes in order to heal, we need to let go.”

Sea of Solitude is out now for PC, PlayStation 4 and Xbox One.
Developed by Jo-Mei. Published by Electronic Arts.
A PS4 copy was provided for review.

Reviews are meant to be objective, so I’ve left this bit out till the end.

Social issues, specifically mental illnesses and bullying, are not just fancy terms to throw around for fun.

They are real problems, with very real consequences.

They’re not the kind of issues you can simply slap a band-aid on and leave it to heal overnight. Having had personal brushes as well as knowing people who have, they’re often extremely overwhelming, frightening and lonely experiences.

But help does exist. And everyone deserves a helping hand.

So if you, or someone you know is being bullied, suffering or in pain, don’t stay silent! Let them know that there is always light at the end of the tunnel. Talk to someone, call a professional, seek help — you may very well save more than one life in the process. 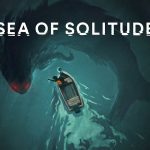 Kenneth is your dedicated jack of all trades gamer and borderline anime nut. When not writing, he likes to wind down with Overwatch, Apex Legends and a bit of Fate: Grand Order on the side.
Previous post Marvel Studio’s complete Phase 4 lineup has been revealed! Doctor Strange, Thor, Shang-Chi and so much more!
Next post Prep for Wolfenstein: Youngblood with NVIDIA’s latest driver update!