Review: Scribblenauts Showdown is a decent party game, though shallow and repetitive 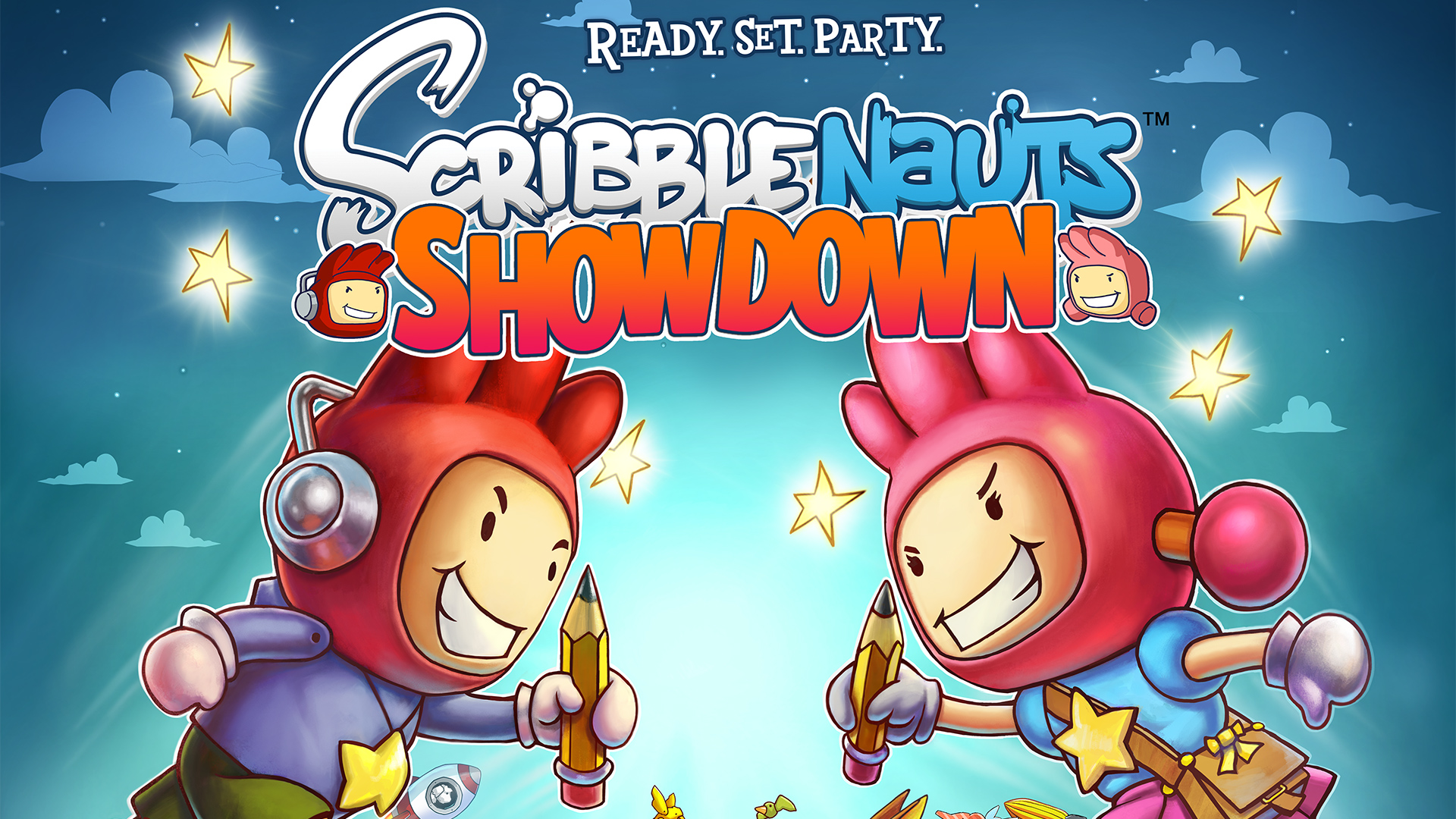 Scribblenauts Showdown is an odd duck. After the incredible Scribblenauts Unmasked with its DC Comics collaboration, you’d expect the new developers to build off that to deliver an even bigger and better experience. Instead, we get this unholy union of Scribblenauts and Mario Party that fails to be as good as either.

The game’s main offering is Showdown mode, which pits up to four players on a board game-like map in a race to the finish. You can play with AI or human players but, weirdly, there’s no ability to play with AI and human players at the same time.

During set-up you can change the mode’s length, which affects the number of moves needed to reach the end, and the AI difficulty. With only those two modifiers, customization feels sorely lacking. You’re not able to dictate which party games can be played or even who goes first. In fact, unlike most party games where certain spaces on the board have special effects (like the Chance and Community Chest squares in Monopoly), the board in Showdown mode is surprisingly vanilla. We get all these space but they practically do nothing to affect gameplay.

Instead of virtual die, Showdown mode is played via cards. Players draw one at the start of the turn, each tagged with various abilities. One might allow you to move forward a number of spaces, while another might let you shift an opponent back. That kind of thing. However, playing the card doesn’t immediately activate it. When used, a card starts the party game associated with it, and only the winner gains that card’s effect. It’s a nice twist to the usual mechanic and calls for some planning.

There are golden Instant cards that activate when played but these are rare. Since players get cards randomly and not from a preset or custom deck, things do get a bit unfair if the leading player acquires these.

Barring that, the main issue are the minigames themselves. Most are easy to understand but some, like Drone Drop or Tapper-esque Get Served, are boring and control badly. In Drone Drop you have to release cargo at specific locations, while Tapper-esque is basically sending out and catching returning dishes.

There are a few gems among them, like the frisbee-throwing Disc Dive, the object-tossing Tower Topple, and the rhythm-based Dance Off. These are fun no matter how many times they’re played, but most of the remaining lineup is honestly dull and forgettable. That makes repetition a major issue here; Scribblenauts Showdown should have at least four or five times more party games than it currently does.

They did manage to have some Scribblenauts influence during the party games, letting you spin a wheel to decide what word or phrase will affect the next one. For instance, in Super Sprint you’ll need to create a mount based on what letter of the alphabet was randomly chosen. Other stages have themes you’ll need to work with, such as terms associated with a vampire.

Entering words is easy and painless due to the game’s ingenious word wheel, which groups letters into groups of four. There’s even a handy helper that spells out suggestions based on the words you’ve selected, cutting the amount of time spent typing.

Overall, though, the Scribblenauts twist doesn’t seem all that substantial or innovative. Sure, it’s funny to see a character ride a pig or serve people fangs, but the novelty wears off after a bit. If you’re not interested in the board game trappings of Showdown mode you can always opt to play Versus mode, where the minigames are just queued one after another.

You can also try your hand at creating a custom Scribblenaut, one that can be used in all the other game modes. You earn custom parts from playing but some are only unlocked by completing objectives or by spending Starlites, earned from playing the Versus or Showdown modes. For a game without much depth in the first place, unlocking everything does help to give some much-needed replayability.

Incredibly, there’s no online multiplayer in Scribblenauts Showdown. While great as a local party game, it’s a huge bummer if you have friends down to play but unable to come over. One would think that a multiplayer-centric game would have covered both.

Thankfully, if you’re looking for some old-school Scribblenauts then you could always load up Sandbox mode. It’s pretty much the classic formula, where you’re free to pick from eight different themed stages to let your creativity go to town.

The goal is to fill up the Starite Log, which nets you unlockable characters and customization options, but anybody who’s played the series before knows that it’s much better to spawn weird stuff and experiment with the game’s mechanics. Want a zombie running around, infecting and turning everything in the stage into the undead? Go right ahead. Spawn God and the Devil and watch them duke it out to see who’s stronger! Once you’re done or if things get out of hand, you can always reset the stage to mess it all up again.

The lack of superhero shenanigans from the missing DC license does mean that interactions and abilities are rather basic. There’s also the problem that eight stages with 10 Starite log entries each doesn’t exactly give you a ton of stuff to do. You’ll likely blaze through them in a few hours, possibly faster if you use the in-game hints. As much as the free-form gameplay of Scribblenauts lends itself to open-ended gameplay, there’s only so much you can do with eight stages. They aren’t even as fun as the ones in past games too, which required much more creative solutions to fill up the log.

While the art style is faithful to the series, the move to more capable hardware hasn’t resulted in better looking sprites or graphics. Scribblenauts Showdown still looks like a 3DS game, with Maxwell and company looking the same as always. That’s great for those who love the look, but those who expect an evolution have no choice but to keep on waiting. Still, the simple graphics do manage to keep the loading times down to the bare minimum, which is especially noticeable in Showdown mode as moving from the board to the minigame happens almost instantly.

Scribblenauts Showdown isn’t a bad party game but its flaws become more evident the longer you play. The repetitive nature of the party games, the lack of variety, and the dearth of gameplay customization options all pile on the problems that Showdown mode already has.

Even when viewed purely through the game’s Sandbox mode, Scribblenauts Showdown is not as deep or as fun as previous games. The few stages and paltry amount of things to do is laughably sad. The spirit of Scribblenauts is still there, but for a much better experience I suggest checking out Scribblenauts Unmasked instead.

Scribblenauts Showdown is out now for PS4, Xbox One, and Nintendo Switch.
Developed by Shiver Entertainment. Published by Warner Bros. Interactive Entertainment.
A copy was provided for review.

Sal's just your average hardcore gamer. He started gaming on the NES in the 80s and has been ever playing since. Sal doesn't care about which platforms games are on, only that he wants to play them all!
Previous post The ASUS ROG Strix Flare is nearly the complete mechanical keyboard
Next post PSA: Remember to claim a free PC copy of Devil May Cry HD Collection