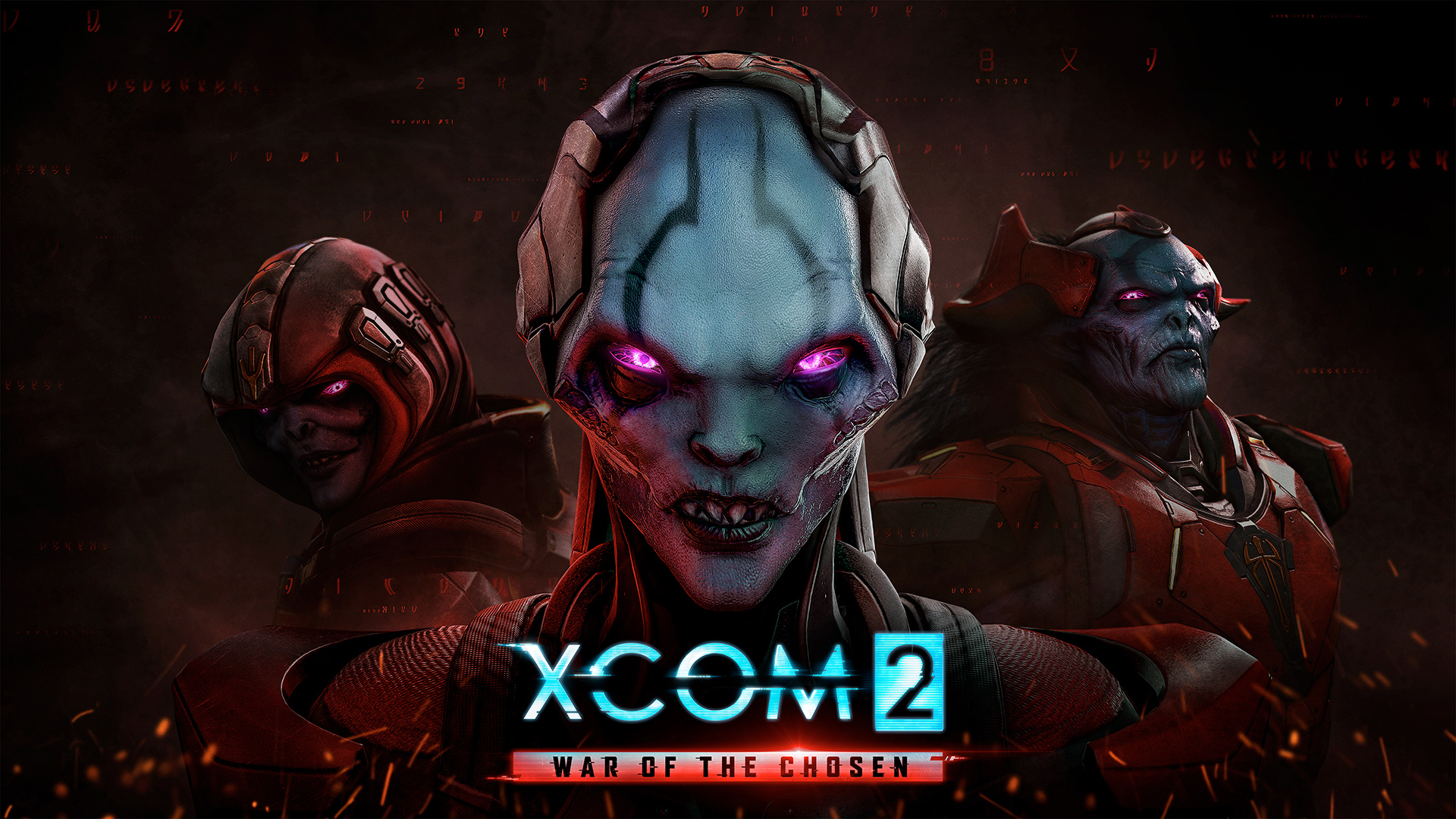 Unlike the previous game’s expansion, XCOM 2: War of the Chosen isn’t an ideal proving ground for newcomers. While it does make you start a new campaign, there’s so much new content layered on the many existing ones that it’s easily overwhelming. The strategy layer incessantly demands your attention from all corners of the planet, gleefully spelling doom and gloom while the Avatar project ominously ticks away. Troop management is an even deeper rabbit hole to get lost in, especially now that headcounts grow out of necessity. And if you thought diving into combat would be some form of relief then boy do the titular Chosen have words for you.

And you know what? The elements that birth this unflinching stress generator are the very same ones that make War of the Chosen a refreshing tweak to the formula. Which is why I’ll continue using XCOM: The Enemy Within as my recommended entry to Firaxis’ reboot, leaving this expansion for the lines of veterans baying for more. The obvious addition here are The Chosen, three super-aliens with a knack for appearing at the worst possible times. I’m inclined to call them supervillains instead, considering how they can speak and often use that gift to taunt you. They’ll mock attempts to run and hide, and then effortless eviscerate any rookie brave enough to look back. They’re your early-game boogeymen, a reminder of alien superiority, and their existence leads XCOM 2 down untrodden paths.

There’s little point comparing Firaxis’ vision to the Microprose original but it’s an observation I find fascinating nonetheless. We’ve been slowly deviating from anxiety-laced terror to one fueled by panic, moments of unnerving quiet replaced by busy action sequences. Of course, Firaxis are simply catering to modern tastes but it feels like we’ve gone from Ridley Scott’s Alien (none of that Covenant nonsense, thanks) to James Cameron’s Aliens. It’s a huge thematic change, yet not necessarily bad.

I bring that up because, like Aliens, War of the Chosen is a character-driven romp primed to entertain. In the red corner we have our deadly, archetypical trio – Assassin, Warlock, and Hunter – whose prospects of death we eagerly salivate at. In blue’s corner are the stout men and women of XCOM, ready to saw through hell with a butter knife to deliver humanity’s vengeance. Many will die, but those that survive go on to achieve mythological feats (no, really).

What’s neat about The Chosen is that they’re not just buffed up Sectoids or rebranded Alien Rulers. Stirring up an already messy situation may be their modus operandi but that’s no different than surprise reinforcements. Rather, they’re memorable because they’ll patiently interrogate and kidnap soldiers to steal information, even outside of battle, and if left unchecked will show up uninvited at headquarters’ door. With explosives, turrets, and a raiding party no less. Essentially, they’re mirrors of the player, growing as you do, introducing the very alien concept of rivalry. No longer am I fighting a faceless, seemingly omnipotent threat. Well, sure, the game still ends if the Avatar project is completed, but fights always feel more personal when you can put a face to it.

There’ll come a breaking point, of course. The hunters will soon be the hunted, and this reversal will not come in a single, fell swoop but through a series of small victories. Eventually, you’ll find a Chosen’s personal hideout, and there you’ll end the bloody cat-and-mouse chase once and for all. One down, two more to go. 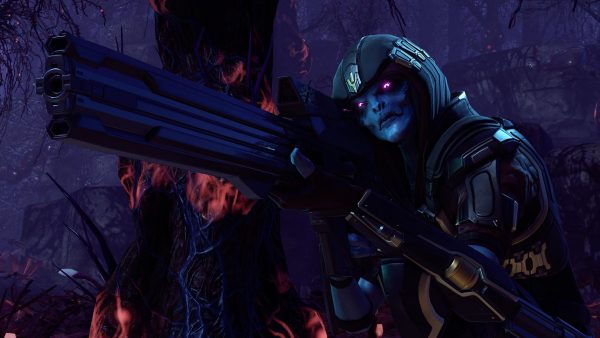 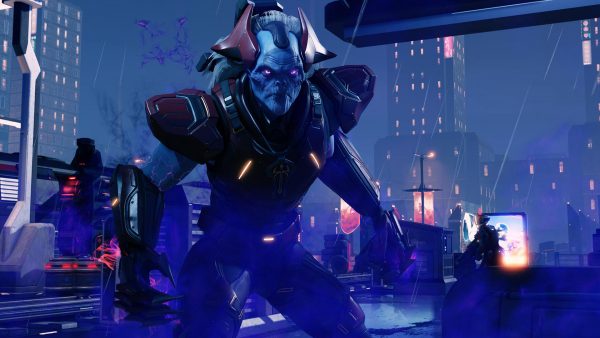 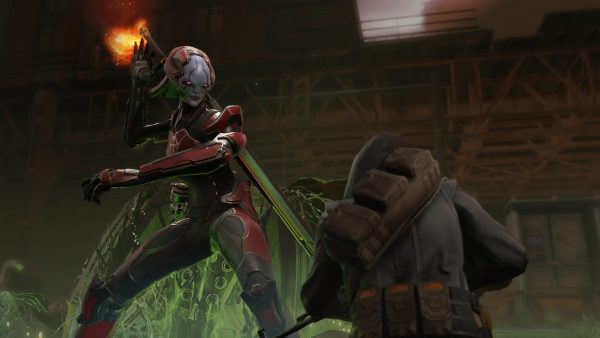 The battle between XCOM and the aliens has always been linear, represented via human technological breakthroughs and the extraterrestrials simply flying in stronger forces. Firaxis has upped the ante with each subsequent update, yet these are also linear in fashion. Buy the grenades, research the plasma rifles, prepare the new suits, and so on.  There’s a build order in place, contingent on your play style, and it only varies when you decide to experiment.

War of the Chosen basically does what Civilization 6 did: break players from their routines. It isn’t as massive an overhaul as their other title but the intention is clear. The Chosen spawn on different continents and are randomly assigned damage-type weaknesses. The three new human rebel factions – the Templars, Reapers, and Skirmishers – each introduce hero units representing hyper-specialized skillsets. The soldiers of XCOM now have an arsenal of weapons, abilities, and specialties, such that they’re now less of a military squad and more like the A-Team.

To counter that becoming the new standard, the strategy layer has us sending squads on covert operations, taking direct command only when things screw up or to mount rescue missions. Combine that with a new soldier fatigue system, which if ignored leads to crippling battlefield phobias, and we wind up in the situation where six of seven aces no longer cut it. We still have an A-Team, except it’s much larger and heavily reliant on supporting rookies.

This is where I come back to that whole character-driven spiel earlier. While XCOM already has a reputation for making deaths matter, War of the Chosen kicks things up a notch through unexpectedly effective means. The first is the “Bond” mechanic, a true-blue buddy system that, at its highest level, gives the pair an extra action. In a turn-based game, that’s a massive advantage. The catch here is that they need to be together to work, and losing a buddy spells disaster for the survivor – they go berserk, which is itself a hair-raising moment since things already aren’t going to plan.

The second seems incredibly cheesy to read about but, believe me, it makes a difference: in-game posters. Yes, you can pose and dress up your soldiers in all manner of ways, backdrops, quotes, and all. It’s a full-blown photobooth mode and its fantastic. Firaxis knows we’re heavily invested in our team – strategically and emotionally – and this seemingly unnecessary feature imparts a great human touch, expanding on the cosmetic touches we already tweak. The downside is that you’ll need the desire to participate, though motivation shouldn’t be hard to come by. It’s a welcome break from the madness, and a moment of catharsis for when team members do die. Going back to solo posters after a KIA buddy was a moment that completely caught me off-guard.

There’s more to XCOM 2: War of the Chosen I’ve decided to leave out because these features – the added character, the routine breaking, the improved emergent storytelling – are what defines the expansion. They ignite a desire to play more, to experiment more, to see what else can be done, to uncover stories waiting to be told. If you consider all the content Firaxis has added, it almost feels one step shy of being a bloated mess, a nightmare of demands that would make on-lookers question how any of this could be considered fun. It’s an acquired taste, really, but once you sink your teeth in it’s hard to ignore the genre.

The game still has its problems, such as the meme-generating hit ratios – “Its face is literally kissing the barrel!” – or the vague delineation between safety and danger. Frustrating but, at this point, endemic of the series. Rather, I’m a little worried about where Firaxis takes XCOM from here. I’m drawing parallels to Volition’s Saints Row, who raised the stakes so high the universe ultimately imploded. War of the Chosen’s late-game units are already capable of superhuman feats, a far cry from the rookies that follow, and I can’t help but wonder how they’re going to reign it in before Commander Shepherd or Green Lantern needs to show up.

But that’s a problem for later. Right now I have soldiers to save and posters to make.

Ade thinks there's nothing quite like a good game and a snug headcrab. He grew up with HIDEO KOJIMA's Metal Gear Solid, lives for RPGs, and is waiting for light guns to make their comeback.
Previous post FIFA 18 demo out now, two weeks till launch
Next post The SNES Classic Mini is the best selling console for August 2017