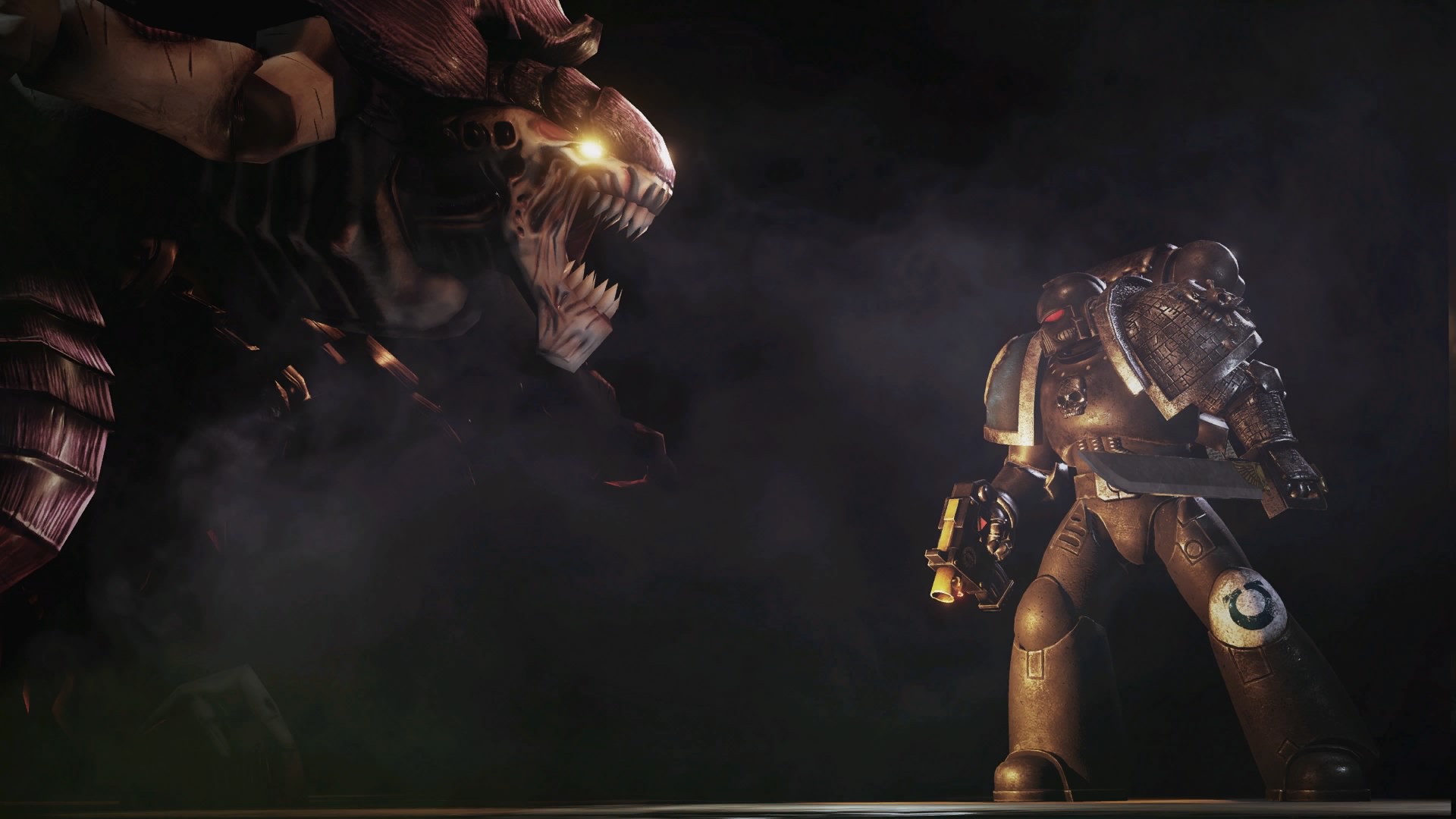 Strategy games on consoles are few and far between. I enjoyed playing Command & Conquer, Red Alert and XCOM on last-generation consoles and I look forward to more titles from this genre on PS4. X-COM2 finally launched on PS4 last year, months after its debut release on PC but fans like me would be craving for more.

When this game’s arrival was announced, I decided to give it a spin. The idea of turn-based combat appeals to me greatly. After all, it’s nice to play something different from all the action-packed multiplayer madness which is the rage these days.

Deathwatch Tyranid Invasion (DTI) focuses on a variety of Tyranid encounters faced by the Space Marines through 40 missions, categorised in groups of Chapters. It features familiar locales such as Asteroid Desers and Imperial Cities. You may have played past Warhammer titles, but the appeal of this instalment is being able to collect and upgrade various operatives such as Space Wolf, Ultramarine and Blood Angel, including their weapons, abilities and traits.

Like a bad date on Valentine’s Day, it did not give me a good first impression. In the first few minutes playing the game, I had hoped to be adequately introduced to the basics but the execution was minimalistic. The game encourages you to play the Prologue, however, most of the hand-holding are provided through on-screen pop ups. Not helpful.

For example in the main menu, navigating using the D-pad does not work. The only way is to use thumb sticks. However, during in-game, the bumper and trigger buttons becomes the main way to switch between operatives and interaction options, while the d-pad becomes secondary button controls. This was not clearly explained.

There was also no mention about camera controls. It was my experience from past titles that had me figure out some of the controls. This confusing orientation makes you want to scream for a better tutorial process.

I discovered that DTI was originally a mobile game released in Dec 2015. Currently priced at $2.98 on the App Store, I downloaded it into my iPad Pro 9.7 to check out the original version of the title. As expected, the user interface is exactly the same. In fact, the ease of navigating on touch screen made me become accustomed to the mechanics better. Once I understood the basic controls better on the mobile app, I returned to give another go on the PS4 version.

You start off with controlling 3-4 space marines as they move from one point to another on the map. Each marine can move up to four grids in any available direction, but if all four grids are expended, he is not able to perform any further action until the next turn. This makes him vulnerable to attacks. Therefore, it seems wiser to take smaller steps so that his remaining interaction allowance can be used to respond to threats or remain in Overwatch mode, whereby the operative will auto engage all manner of tyranids that comes into his range of sight.

This becomes trickier when you have to navigate 5 operatives within a maze and watch for hidden spots and corners. What may appear straightforward and harmless path can turn into a fatal outcome. Therefore, one has to tread carefully and provision for exigencies.

If one of your marines fall, his collective experience points is lost. While this is reasonably punishing, it is still forgiving than XCOM’s permadeath penalty.

Upon successful completion of each mission, each of the remaining space marine will bank in their experience points. You can then trade these points for upgrades in health, accuracy or critical rate. There are also card packs to be earned which generates into random weapons, traits or new marines, classified within three levels of rarity.

On the mobile game version, you can purchase additional card packs through in-app purchase options, but on the PS4 version, you can only do so using earned in-game currency. This is much welcomed if you detest micro transactions involving real money, but it makes the grind a little slower.

Graphically, DTI fares poorly. Being a mobile port that hovers around the same file size (1.18GB) as the App Store version, you cannot expect a major bump in resolution. While the game runs smoothly, you will inevitably notice the stretched rendering and rough edges, especially if this is running on a 4K TV. There are also no cutscenes and the audio is kept minimal, with static images and subtitles.

In 2017, it is tough for DTI to stand toe to toe against PS4’s wide range of stellar-looking titles. However, if you’re a big fan of strategy games or do not own a compatible iPad, DTI could whet that appetite for such rare genre on the PS4. At the time of writing this review, DTI is not yet available on Google PlayStore.

If you’re up to the challenge, three tiers of difficulty levels await, with a long list of trophies to be earned.

Neezum has been exposed to many videogames since the '90s. Nowadays, he tries to juggle his passion amidst other commitments with a wife who doesn't share the same hobby.
Previous post Microsoft’s Xbox Game Pass will come with a S$14.90 monthly subscription
Next post AMD’s Vega GPUs to power cloud-gaming service LiquidSky