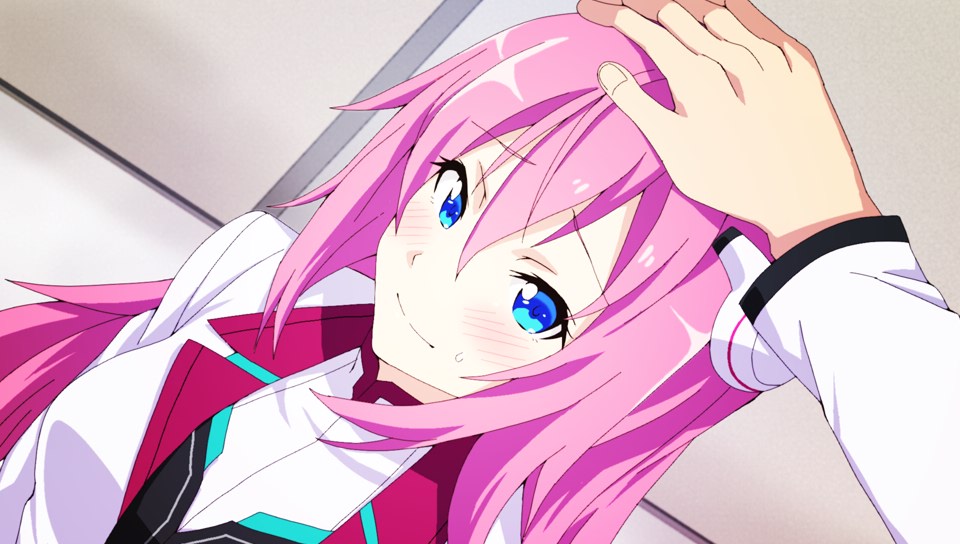 There are not many dating simulation games that are fused with hack and slash element, so A W Phoenix Festa definitely strikes a chord with fans of both genres.

Adapted from a graphic novel, familiar readers would feel at home with the premise and character connection, but new entrants like me would take a while to piece all of the backstory together. In fact, none of these can be reviewed or revised, and as a result I failed miserably in their MCQ (multiple-choice questions) periodic class quizzes. But, as a new student enrolled in a school, my focus is in getting to know members of the opposite sex and showing off my skills. This is where A W Phoenix Festa (AWPF) becomes really engaging for me.

In Story Mode, the player is tasked to recruit a partner from class to join him in an upcoming inter-school tournament. You can choose to play as Ayato Amagiri, a popular character within the fiction, or as someone with a custom name.

Playing as the latter sounds interesting as you can see your chosen name, albeit within a restricted number of characters, appearing in many dialog exchanges. Forget about creating your appearance into the game.  It is kept simple to maintain consistency with the art style and direction. The story begins with additional time frame to allow build-up of character’s skills. Compared to playing as Ayato, it seems an uphill task to score with girls as a custom character. Perhaps, there is a certain strategy to employ, but I noticed that the female counterparts are naturally swooned by Ayato. He is also stronger in attack and defense, making it easier to accomplish higher end jobs and missions. As a result, I was exposed to more dialogue opportunities, scenarios and personalities.

While it is more fruitful and enjoyable playing as Ayato, the end result feels a tad strange. While I commend the end credits segment is interestingly done (I recommend going through the ending sequence), the story mode concludes without the option to continue where he left off.

The only consolation is you can carry over his skill and start off a new game. Perhaps, the idea is to try winning the heart of another female counterpart from scratch, but it feels a chore starting off from the beginning and ignoring all the build-up achieved from the previous attempt. Then again, this is probably why the items and presents available for purchase are steeply-priced, because you will earn more money by completing higher missions and jobs.

There appears to be more value in Battle Mode, which allows you to hone your skills against the CPU or against friends. If you’re feeling hardcore, the Survival Missions will test your mettle through 100 battles with both time and life limit.

Fans of the graphic novels should be pleased with the unlockable Gallery Mode, which lists all the earned full-colour artwork from playing Story Mode. If you’re the avid collector, there should be no hesitation to replay and complete the collection.

Neezum has been exposed to many videogames since the '90s. Nowadays, he tries to juggle his passion amidst other commitments with a wife who doesn't share the same hobby.
Previous post Review: No Man’s Sky (PS4)
Next post Titanfall 2 gets open test weekends for Aug