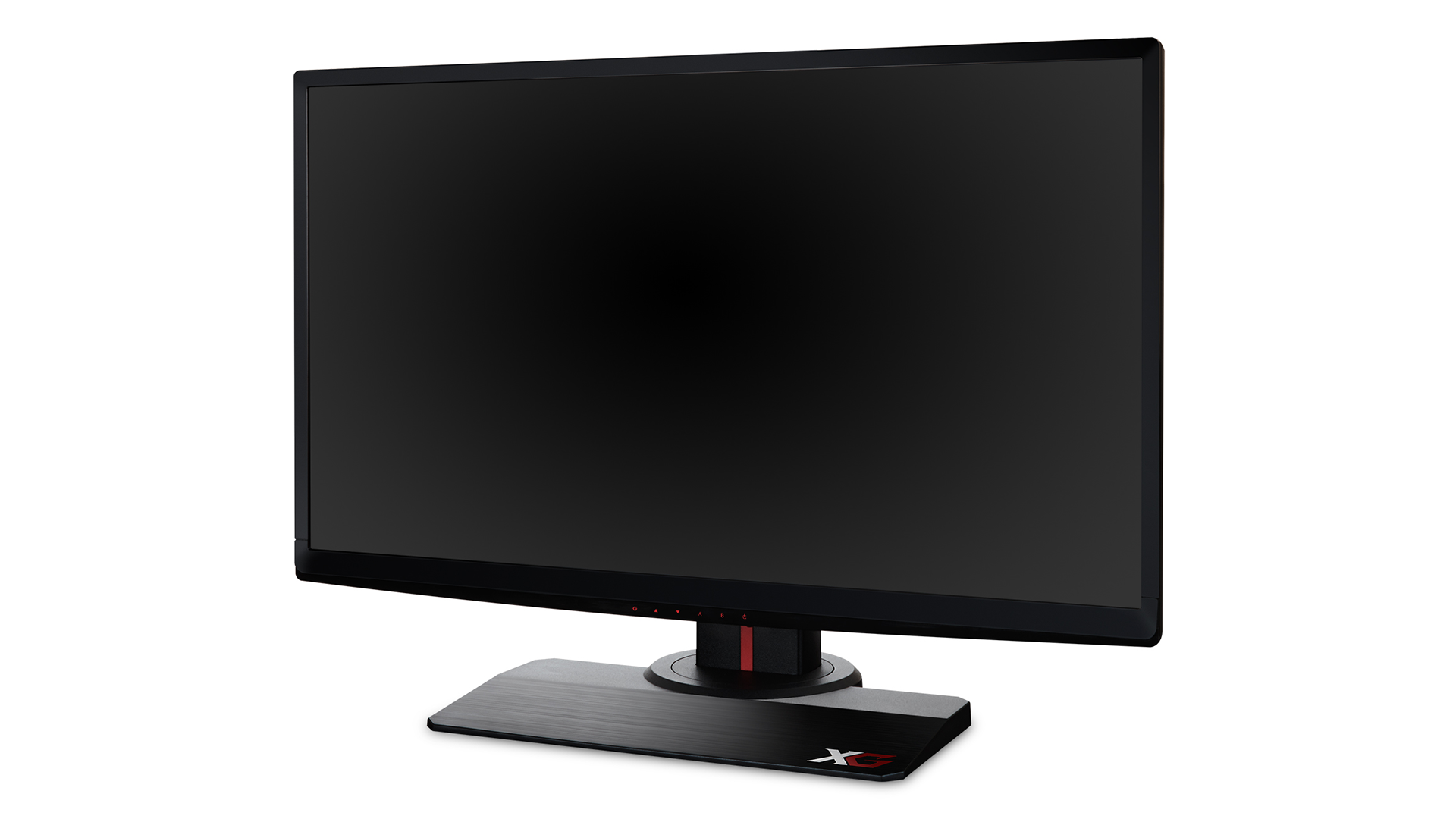 The 240Hz TN panel is becoming less of an exception these days as more manufacturers capitalize on the esports wave. Entering our crosshairs today is the ViewSonic XG2530, a 24.5” 1920×1080 monitor that understands it takes more than just high refresh rates to beat the competition.

There’s this bizarre, unspoken rule for gaming products to be as flashy as possible. The ViewSonic XG2530 isn’t one of them, opting instead for a classic design that pairs matte plastic with a brushed metal stand. It does sport a black-and-red color scheme that’s universal to gaming, but even this is kept somewhat reserved. Whatever good impressions the product photos made were only doubled once the product was finally on the desk – it’s a good-looking monitor, one that doesn’t feel the need to dress-up its value with unnecessary flair.

While some may find that boring, relying on time-tested design means that there’s plenty of practical considerations, chief of which is the small base footprint. Edge-to-edge, the ViewSonic XG2530 measures just over 9-inches deep, keeping space wastage to a minimum. Since it’s a flat base and not some form of tripod, you can easily stack a keyboard, gamepad, or some other accessory on top of it too.

You’ll find a good range of height, swivel, and tilt adjustment, with the ability to rotate the screen 90-degrees clockwise. All of this can be done one-handed without rocking the monitor about, should you ever feel the need to make some minute changes mid-game. The stand can also be swapped out for something like a VESA-mounted arm, though I’d only do so for highly specific reasons. The default articulation is great as it is already.

My only minor issue with the build quality lies at the rear of the monitor. There’s a small, retractable headphone stand which should prove adequate support for most headsets, though that isn’t the offending item. Rather, further down the spine of the stand is a flimsy cable-organizing loop that seems more of a last-minute afterthought, slapped on just before the unit left production. I’d have better success using a regular Velcro cable tie than tinkering with that add-on. With that said, the production team deserves credit for offering great factory settings. Right out of the box, the ViewSonic XG2530 delivered impressive color and contrast. You’ll still want to nudge the on-screen display settings for brightness and black stabilization tweaks, and this can easily be done through one of the three custom presets. There’s the usual suite of preconfigured ones such as “Movie” and “FPS” to suit different tastes, though I’d only recommend them as a starting point for customization. Pay extra attention to gamma, contrast, as well as your own viewing angle when playing around with the OSD, while also keeping in mind that this is, after all, a TN panel. The color shifts were pretty aggressive the further I strayed from dead-center, so don’t count on it for group video-watching sessions.

We now come to the question of its refresh rate, the key selling point. The ViewSonic hits 240Hz natively with support for AMD FreeSync, in addition to AMD’s Low Framerate Compensation for the other end of the spectrum: below 48Hz. Generally, anyone looking to buy these monitors are doing so with the aim of hitting the 240Hz ceiling, and in that regard the XG2530 performs beautifully.

The technical sheet reports a grey-to-grey response time of 1ms and, for the most part, things appear incredibly sharp and snappy. However, it doesn’t feel quite as fast. To be fair, I only noticed this delay while intently staring at an in-game lamp – we’re talking full tunnel-vision stare here – but still found the overall gameplay experience to be highly enjoyable. I couldn’t perceive any blur or ghosting within the usual test suspects, Counter-Strike: Global Offensive and Overwatch, even when I wasn’t hitting the 240Hz mark. Even so, I recommend an on-site test for anyone considering the XG2530 in an esports setting, just to see if the inevitable user notices the input lag.

ViewSonic’s version of pixel overdrive, Rampage Response, matches other manufacturers in that it’s easy to overcompensate and introduce artifacts instead. As with other 240Hz monitors we’ve tested, having it a step or two below the highest “Ultra Fast” setting provided the ideal balance.

The ViewSonic XG2530 shares many of the strengths and weaknesses of 240Hz monitors that come before: incredible monitor response and speed at the expense of versatility and price. Remember, you’re still paying a premium for a 1920×1080 TN panel. Whether that cost is worth it largely depends on what you value out of your gaming sessions, though there are aspects where the ViewSonic pulls ahead. It’s simple yet functional design makes it a solid choice for the desk-conscious, but most critical of all is the great factory settings that’ll get you up and running in no time. The latter makes the XG2530 viable not just for competitive gamers but also those curious about the new frame rate frontier, so long as they have the hardware to drive it.

Ade thinks there's nothing quite like a good game and a snug headcrab. He grew up with HIDEO KOJIMA's Metal Gear Solid, lives for RPGs, and is waiting for light guns to make their comeback.
Previous post Distant Worlds: music from FINAL FANTASY – JIRITSU to land in Singapore on 21 October
Next post Breaking: Steam Store gets the ban hammer in Malaysia