Review – Uncharted: The Lost Legacy is this generation’s Thelma & Louise 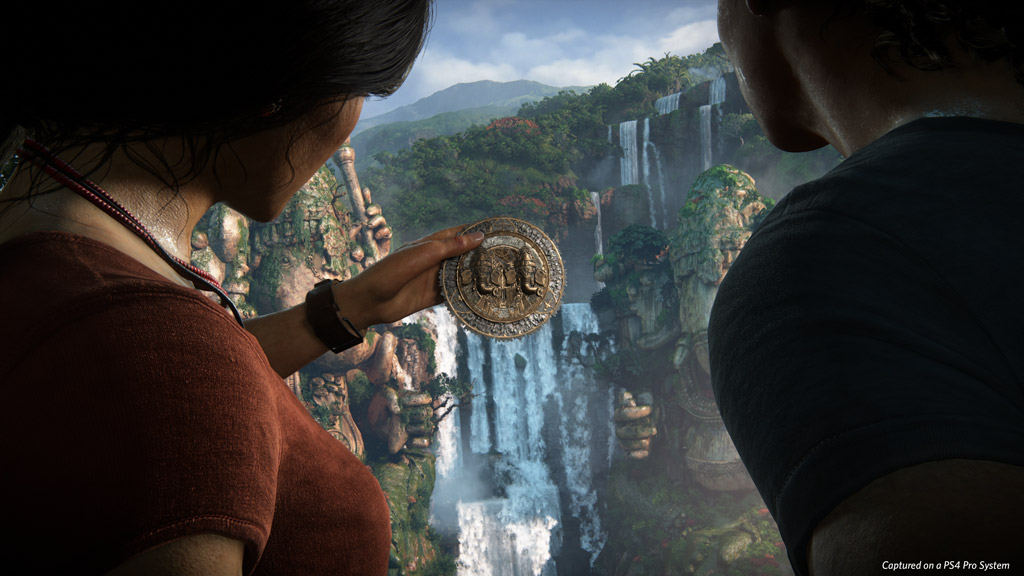 When Uncharted 4 ended on a happy note, there really wasn’t much hope that Nathan Drake would continue his adventuring days. Sure, fans were likely to hope that future sequels that would star his daughter. But it’s probably safe to say none of us expected an expansion pack that star Chloe Frazer and Nadine Ross as the new leads.

Well, Uncharted: The Lost Legacy is just as good as any other entry in the series. Expansion moniker be damned; The Lost Legacy is packed with as much explosions, hidden treasures and breathtaking vistas as any of the entries that starred Nathan Drake. While Drake is arguably the face of the series, my experience with The Lost Legacy proves that the series can move on without shoehorning Nathan Drake into every entry of the franchise. I’d personally love to see more of Sully too, but Chloe and Nadine are interesting characters in their own right and this expansion proves it. The Lost Legacy picks up a few months after the events of Uncharted 4. Chloe is on the trail of the lost Indian city of Hoysala. She hires Nadine to help her out and to provide the muscles in the venture, reuniting two of the female supporting characters from Unchartered 4. They’re not the only familiar faces you’ll be seeing, though to say more would be spoiling the plot.

For newcomers, The Lost Legacy also works as a standalone game despite its ‘expansion’ tag. While the game doesn’t delve too much into the backstories of the leads, the game is pretty much self-contained in its plot, with everything you need to know explained through expositions.

Chloe, as the treasure hunter, has a more happy-go-lucky and carefree attitude. Like Nathan Drake, she doesn’t plan things well. Nadine’s her complete foil, with her military and mercenary background serving as the foundation of her character. Both ladies are complete opposites, but compelling characters.

It’s an unlikely dynamic, but it works well in the game and the banter between the two as they adventure together makes Lost Legacy a fun romp. In short, this is an Uncharted game.

While the Uncharted games aren’t really known for their long game time, The Lost Legacy is noteworthy in that it barely scratches the 10-hour mark. It’s expected, of course, considering the game is an expansion, but it’s also a testament to how developer Naughty Dog can craft a fun game that keeps you wanting more, even if is just more of the same.

The game does, however, go out with a bang. Both literally and figuratively, in this case. The final set piece leading up to the final fight is one of the best in the series; seamlessly melding stealth, gunplay, puzzle solving and one of the most satisfying boss fights in the series.

Once you are done and the adrenaline wears off, you realize there’s not much else to do. There are Uncharted 4’s multiplayer and Survival modes included with the package, but the single-player offering is over when the campaign finishes, unless you’re a stickler for finding all of the hidden treasures, listening to optional conversations and finding hidden photo opportunities hidden in the levels. If you are a completionist, you’ll be pleased to know that the game handily tells you how many of each you are missing in every Chapter.

Finding hidden collectibles isn’t just for bragging rights, as collectibles net you points that you can use to unlock bonus stuff such as skins, weapons, display modes and game play modifiers. Some of them, like the Infinite Ammo or the No Gravity cheat, are great fun on subsequent playthroughs.

The Lost Legacy is broken up into Chapters. Most of them are linear, but one features an open world area to drive around in. It’s also the only chance for you to nab the tokens you need to unlock the Queen’s Ruby bracelet, a special in-game item that will light up and chime whenever the game’s hidden treasures are near. If you’ve despaired from trying to track down every single hidden item in previous games, the Queen’s Ruby bracelet will be a godsend to you. However, if you prefer to hunt the treasures without hints, you can disable it once you’ve found it.

Running on a tweaked version of the Uncharted 4 engine, The Lost Legacy carries on the series tradition of stellar visuals well. The ruins you’ll explore look amazing and some of the set puzzle pieces are astounding. The animation also holds up, with incredibly lifelike reactions from both the stars and NPCs. Even the little details, like mud prints, look great. If you’re looking for a game to show off what current the PlayStation 4 Pro can do, The Lost Legacy should be one consideration. On top of all the visual splendors, the frame rate holds up too. Granted, I was playing on a PS4 Pro, but I never noticed a hit to the frame rate even when enemies were swarming me or during one of the game’s exciting and crowded action sequences.

The game’s score is great too, the sound effects are excellent and best of all, the voice acting is top notch. Hearing Chloe and Nadine bicker and banter with each other, made me chuckle more than a few times. Their lines are witty, the comebacks snappy and it’s a relief to see that Nathan Drake isn’t the only one with the wit in Uncharted’s universe.

As an expansion, The Lost Legacy does not differ too much from Uncharted 4. The gameplay is familiar, like a well-worn boot. You’ll sneak around ruins as Chloe (with Nadine tagging along), snapping necks and ambushing countless rebels. You’ll gun down nameless foes, dodge gunfire, get into frantic do-or-die chases, solve puzzles and of course, do lots and lots of climbing. All of which are familiar tropes of the Uncharted series. Don’t get into The Lost Legacy expecting something different from the Uncharted series. Instead, what it does bring is a refinement of everything that’s made the Uncharted series great, but refined into a single game. Or in this case, an expansion.

*Uncharted: The Lost Legacy is a PlayStation exclusive.

Uncharted: The Lost Legacy was reviewed on the LG OLED C7 Television.

Sal's just your average hardcore gamer. He started gaming on the NES in the 80s and has been ever playing since. Sal doesn't care about which platforms games are on, only that he wants to play them all!
Previous post Destiny 2’s Beta for PC is now dated
Next post In Conversation with Wargaming APAC General Manager, Jungwon Hahn