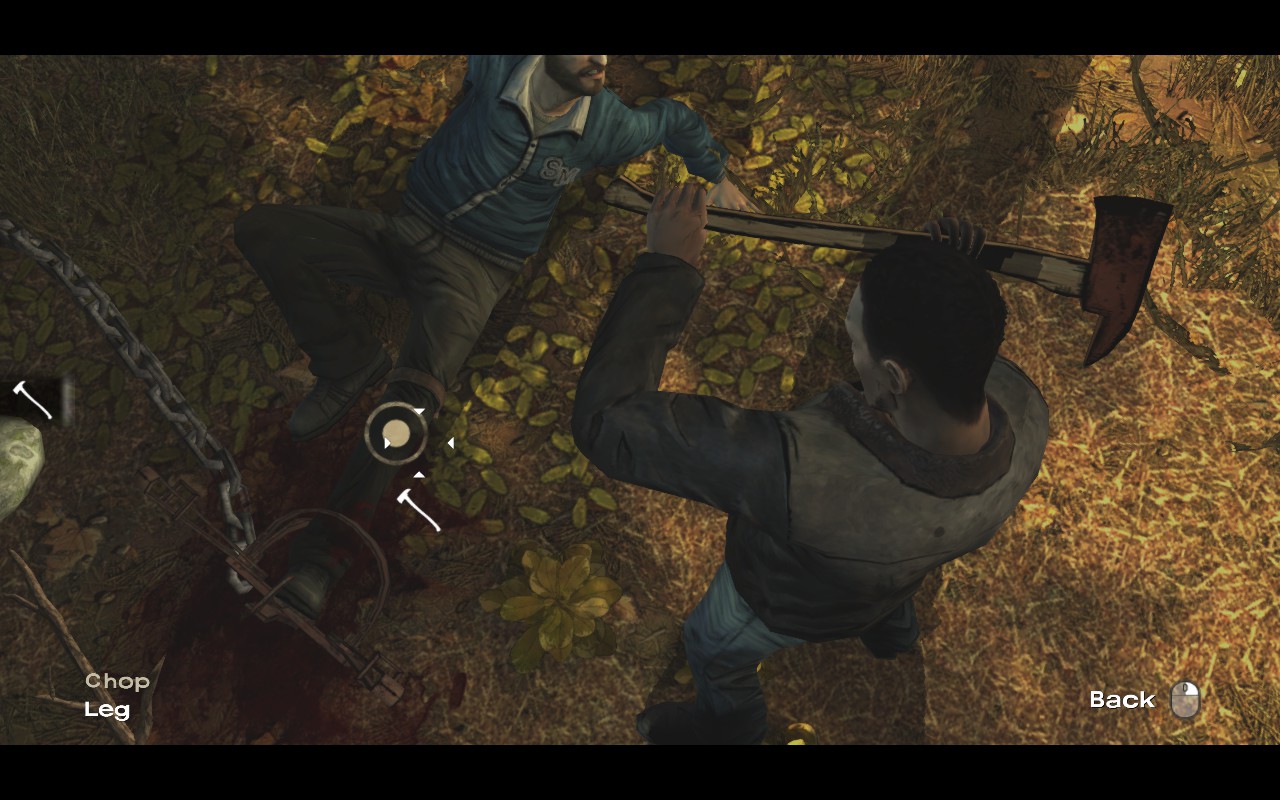 You’d think all zombie apocalypse games are all built the same, but no. This one gives you the option of keeping silent and paying attention to it.

The Walking Dead is a Telltale Games episodic series that has recently completed its season in November with a retail version in December, therefore allowing me to review the entire game as a whole. Fans will recognise the title as the popular TV series of the same name, although the game follows the original graphic novel series down to its art style and has minimal links to the TV series.

You play Lee Everett, a native from Macon, Georgia who finds himself flying face first into the wake of a zombie apocalypse. Upon surviving a car accident, Lee manages to escape the man-hungry walking dead (or “Walkers”) and eventually meets a little girl named Clementine, who was left all alone in her house when the world turned sour around her.

Through your adventure, and as with most zombie apocalypses you’ve seen in popular media, Lee and Clementine will meet up with friendlies and hostiles, all who will do whatever it takes to survive.[quote]The Walking Dead plays differently than most point-and-click adventure games, and zombie-type games, for that matter.[/quote]

The Walking Dead plays differently than most point-and-click adventure games, and zombie-type games, for that matter. For one, players have to think of their responses quickly. Your responses typically come in four options that range from being honest, telling a lie, siding with someone, being neutral or just silence, although that happens when you think of what to say for too long.

There are also quick-timed events that requires you to rap on your Q key until it explodes so a zombie will leave you alone and epic decision points where you have to choose who to save first, usually ending up in the demise of the other, as well as action sequences where you have to pop some zombie brains, although that isn’t the focus of the game.

All of this would be pretty pointless without the game acknowledging your choices, so naturally The Walking Dead takes everything you do into consideration. For example, an early decision you have to make is to either save a not-too-bright child or the person who saved you and brought you to his countryside farm community. Some instances of your decision-making may radically change your game, changing their level of hostility or suspicion they have against you. Your decisions are carried forward to the next episode of the current save game.

This will lead to the variations in storytelling of the game, of which The Walking Dead does an extremely excellent job at. The intense moment where you have to free a man caught in a bear trap while zombies are coming up towards your group by any means necessary, even if you have to carry out a bit of slow, agonising chopping, or leave him alone to die a less merciful death.

All this decision-making will impact you as the player, and soon you’ll find yourself frantically attempting to pick a response that you feel is right, and not just because you’re playing a game. The voice-acting in the game also adds to the emotion, down to every whimper, swear and agonising scream.

With all the paths you can take reminiscent of a Japanese RPG, The Walking Dead is just screaming for you to take a second shot with the game so you can change your minds and side with someone else for once, and that’s immediate replay value.

However, I was dealt with the game crashing on me on several occasions, losing my progress from the last autosave, which sometimes are few and far between. The game also doesn’t allow you the option of quicksaving either, which is somewhat good for the concept of replaying an episode from the start. Steam also mixes up the current save game because it holds on to an outdated copy of its own as well.

The Walking Dead definitely is one of the most compelling zombie apocalypse games I’ve played this year without needing a WiiU. If you’ve enjoyed Telltale’s offering of episodic point-and-click adventure game content before, wait till you get a go at these ones.