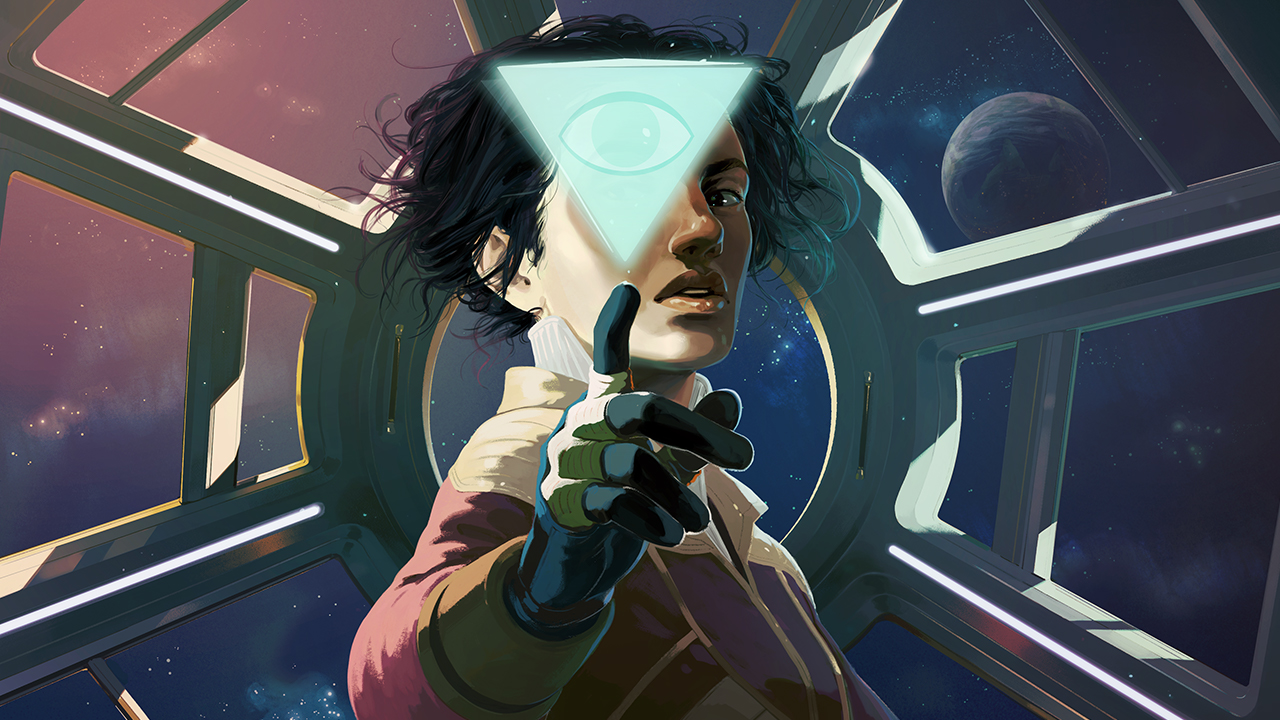 Exploring the rooms and corridors of the titular Tacoma space station feels familiar. There aren’t that many “walking simulators” out there, which makes a comparison to Fullbright’s previous work inevitable. Where Gone Home returns players to the ‘90s, Tacoma transports us to a plausible near future. Both explore abandoned dwellings, picking through personal artifacts to glean thoughts, memories, and feelings relative to larger events — giant time capsules, if you will. Yet Tacoma is more than a mere reskin. If anything, it’s unique presentation suggests that interactive fiction is just getting started.

Tacoma belongs to a growing genre of first-person adventures that emphasize narrative and exploration. They’re the queens of environmental storytelling, targeted at those who scan every nook and cranny not for collectibles but for lore. Enjoyed reading all those letters and books in Skyrim? This is for you. Just be aware that the entire premise is divorced from traditional gaming mechanics, so they’re closer in spirit to visual novels than RPGs.

Like any good brew, they come in different flavors. Campo Santo’s Firewatch is a highly linear trek within a national park, while Gone Home sets you loose in an empty residence. Tacoma straddles the two and is much better for it, providing just the right amounts of player direction and freedom with respect to the story’s pacing. As sub-contractor Amy Ferrier, we’re tasked with boarding the Tacoma to retrieve both the data and physical wetware of ODIN, the station’s AI. Upon docking – and wistfully parting with our ship – we soon equip a pair of augmented reality wearables that interface directly with the station. It’s a cool showcase for AR, allowing Amy to register commands via sign language and hand gestures. On the flip side, it also lets headquarters record and monitor all crew activity, even private and intimate moments. While waiting for her data transfers to complete, Amy uses this stored AR information to recreate scenes prior to her arrival. Just what was this Obsolescence Day party, anyway?

This idle curiosity quickly reveals why the station is empty, setting the stage for the time-honored tale of human determination in the face of adversity. In this case, the former crew of six must place their trust in one another if they are to survive the disaster.

Now, let me point out that Tacoma does not break sci-fi tropes nor is it free from a predictable ending – playing with established settings seems to be something Fullbright enjoys. And while it raises the same questions of AI ethics and Orwellian corporations, it doesn’t set out to address them. Rather, what you’ll find here is a truly diverse cast of characters that are, again, rooted in authenticity. It’s their stories that take center stage, their fears, relationships, and their resolve, not the event surrounding them. These are not soldiers lusting for revenge or heroes out to save the universe. What we have is a middle-aged gay parent choosing financial security over time with his family; a young lesbian couple swaying between love and career ambition; or, my personal favorite, a medical officer unable to escape her past. They’re not exciting or original but these are real and familiar struggles, ones that grant these AR silhouettes far more believability than higher resolution textures and polygon counts would (not to discount those approaches, of course).

To tackle the larger dramatis personae, we can rewind and fast-forward the different AR scenes Amy encounters. This lets us follow and eavesdrop on all the crew, even when they’re apart, adding context to their thoughts and actions. It’s surprisingly effective, giving us separate perspectives without having to replay the story or reload save files, as one typically would. The scenes themselves aren’t long either, usually two minutes at the most, supplemented by peeks at any open AR desktops to read chat logs and mails – it’s the future equivalent of peeping at someone’s phone.

Tacoma pairs that with some good character animation. Despite the complete lack of facial features, we can still tell a lot from the way the characters act and react. Gripping a handrail for support, slowly pacing a room, distantly looking out a window – they help frame a character’s emotions just as well as the voice acting, so it’d be silly to call this a low-budget production. More than any other genre, immersion is vital. Be it a letter from home hidden in a drawer, diet and exercise goals reflected in lockers, or the choice of music wafting from speakers, there is plenty of nuance planted aboard the lunar space station. Even learning how someone still prefers a regular toothbrush wound up being a fun little discovery. There is a nagging sense of violation as one rifles through personal effects but Tacoma incentivizes this exploration. We can spy on code combinations being punched in and uncover stashed keys, all of which are optional but lead to interesting background information.

Then there’s the world at large, too. Tacoma is a cargo checkpoint that would ultimately serve an orbital belt of bungalow resorts, because what better way to fund space ventures than tourism? The more I learned about this exotic holiday destination, the more references to Singapore I found. It was subtle at first, just time zones and currencies noted in correspondences. Then, as if to dispel all doubt, I found coins stamped with the coat of arms. There’s more to it, of course, but I don’t want to spoil all the fun.

Let me raise a few negatives here. With the vast amount of AR data available, it’s strange how the scenes Amy recreates are all highly relevant, especially when it seems like she has no say in the matter. Further, I couldn’t shake the feeling that Amy was more than just a silent protagonist – her choice of ship AI was, to me, a major tell. Rather than help tie up loose ends, the two simply made the final chapter predictable and routine. I’m also not fond of the sudden shift from pending tragedy, as it pulled focus away from the human drama. It felt like an excuse to squeeze in one final, hot-topic sentiment and set-up a convenient ending.

Those are subjective. What is without question is that Tacoma doesn’t engage us the way Gone Home does. It can’t. Here, we’re merely an observer aboard a cold space station, not a family member returning home. While I don’t see this as a strike, it’ll certainly disappoint those swayed by Fullbright’s earlier title.

There’s also the fact that the Tacoma runs for approximately three hours. It’s an ideal length for the story they want to tell, while also preventing the whole AR mechanic from getting stale. So when it comes down to “Is this worth buying?”, it’s simply a question of what you value most out of your entertainment – long hours of deep gameplay or a brief, captivating story.

While not daringly experimental or life changing, Tacoma is a fine example of the possibilities in interactive fiction. Its a snapshot, captured so successfully that I’m excited to see how this approach holds up as part of a larger game. Already I’m drawing comparisons to the vaults of Fallout, instead now we have derelict stations and ships to investigate. While I doubt Fullbright even wishes to tackle something that immense (nor would any studio risk that much time and effort), they’ve certainly crafted something we can all look to for inspiration.

Tacoma is out now for Xbox One and PC.
A copy was provided for this review.

Ade thinks there's nothing quite like a good game and a snug headcrab. He grew up with HIDEO KOJIMA's Metal Gear Solid, lives for RPGs, and is waiting for light guns to make their comeback.
Previous post The Legend of Zelda Encyclopedia dated for April 2018
Next post Dell shows off new gaming line-up at Plaza Singapura flagship store