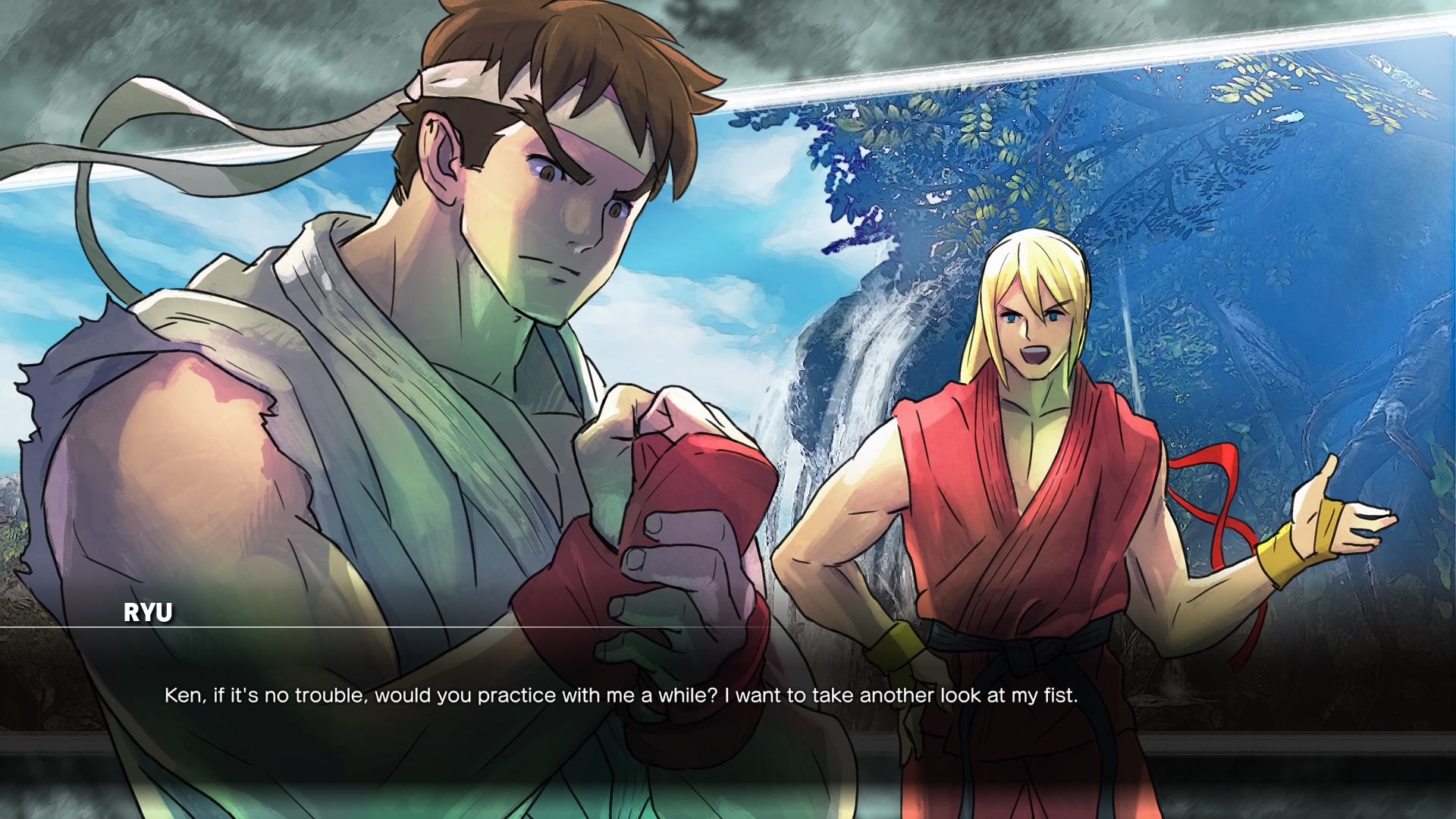 At the time of writing this review, Street Fighter V felt like an enhanced version of its beta release. On hindsight, this title seems to have joined the many ranks of released titles charged at a premium price but with missing content,only to be accessible later for a price. As a trend that we noticed with a lot of games these days, this is alarming.

As a fighting genre, it offers a mix of beautifully rendered graphics and fluid combat gameplay. There are 11 distinct backgrounds and the characters are well-modelled, even if some of their costumes raised many eyebrows. Combat is smooth and seems easier to execute than those complex combos from past versions. However, as a retail product, there are many glaring omissions that can cause a buyer to wonder if this title is a keeper.

SFV comes shipped with 16 characters – 8 standard that are split into 4 new and 4 fan-favourites. First-time loads will channel you to a tutorial mode that is brief and a tad insulting. The first thing it requires you is to move towards the opponent. It seems tailored for someone new to fighting games, but midway through the tutorial, it skimpily touches on the new V-Skill and V-Trigger state, but none on V-Reversal. Completing the tutorial mode barely reiterates the proficiency of the new and certainly does not certify you ready for the Street Fighter universe. I also had to play the tutorial more than once.

Story Mode looks promising at first until you discover that each character highlight comprises merely 1 to 3 rounds of matches in between static images and brief voiced dialogues. Also, in a story arc, you will experience the same plot when you play as the opposite character. The limited cutscenes and static (albeit well-painted) images in this mode project a less-focused effort. The opponents in Story Mode also seem less offensive. As such, most players, including casual entrants like myself, can complete the Story Mode within an hour.

In Versus, you can play against a friend who is in the same room. If no one else in the house is keen on SFV, you’re out of luck. If you only have one controller, it’s time to go and get another because you cannot set to fight against the CPU. This is the only way to train against a particular character but that means your rival is just a punching bag. That’s not what a Street Fighter game is supposed to be.

Surprisingly, the Arcade mode is non-existent. For a game that has its legacy deeply associated with spending hours in the Arcade, this is mind-boggling.

Your other option is Survival Mode. This pits your chosen character against 10 opponents on Easy Mode. In the few rounds that I play, the sequence of opponents follows the exact same order. Fortunately, there are difficulty types to go for, depending on your expertise. Higher difficulty pits you against more opponents, and some of them may return more than once. You may not get to face all other 15 characters as you fight up the ladder. If you’re learning the effectiveness of combos and characters’ play styles, this is the best mode to train on.

Street Fighter V comes with a personal online platform, and the potential looks huge. Unfortunately, some features are currently disabled. The online store is not yet open for business. I tried to jump in for both casual and ranked match online but it took too long to secure an opponent. I don’t believe this is an issue with my internet connection.

If you own SFV now, be sure to have it connected online. Offline play will not earn you XP and in-game credits known as Fight Money and Zenny. Fight Money is basic currency earned through playing the game, and can be used to purchase characters and content. Zenny is premium currency that can be topped up using real money, to be used to access post-launch content.

How does one enjoy SFV in its current form now, then?

I recommend inviting your buddies over the weekend, taking turns to play on Versus mode. If you can connect to an opponent online, alongside your buddies cheering for you, that’s a bonus. Don’t be too happy to lug that heavy joysticks along, as some of the past models are not compatible with the new game and console. I learnt that the Challenge Mode and Online Store is planned to be released this month while a better Story Mode is scheduled for June. I guess the reason they chose to release early is to allow competitive fans to relearn and train for upcoming tournaments, such as the Capcom Pro Tour. Such head start is indeed valuable for this group of dedicated fans, but Street Fighter V is also nostalgic among many casual players.

And in this case, it has let down a lot of them.

At the standard price the game retails for now, Street Fighter V, with its current state of content, seems to call on its fans to invest on a promise to deliver content in the near future. However, the introduction of Season Pass and theme packs costing $34.90 for additional characters feels like a business strategy model rather than a tribute

Street Fighter V
THE VERDICT: ★★★☆☆
Street Fighter V is published by Capcom, who co-developed with Dimps, for PS4 and PC. It will be released on Linux, and will feature cross-platform play between Windows and PlayStation 4. A PS4 digital copy was provided for review.
Tags: Capcom, fighting game, playstation 4, street fighter

Neezum has been exposed to many videogames since the '90s. Nowadays, he tries to juggle his passion amidst other commitments with a wife who doesn't share the same hobby.
Previous post Review: Resident Evil Zero HD Remaster (PS4)
Next post Donate to the Singapore Children’s Society by simply downloading a game