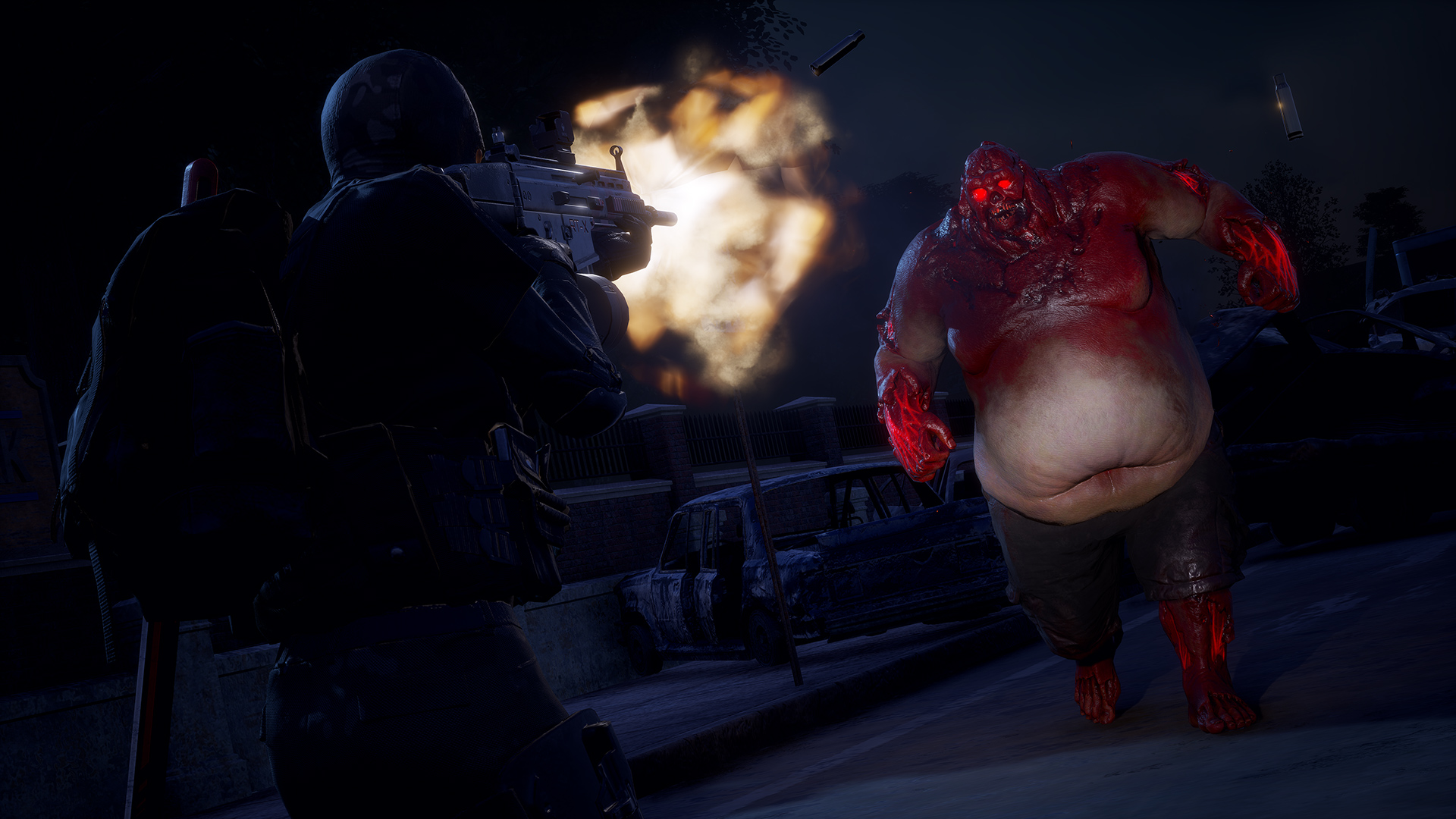 It’s been a while since State of Decay 2’s release (our review here) but those wanting more zombie action are in luck: the Daybreak DLC has just released! Unfortunately, it isn’t part of the main campaign so don’t get your hopes up for a story-based expansion.

Instead, you are now a Red Talon operative sent to secure a CLEO Relay. Your job is simple: hold the position, keep the technician alive, and survive the waves of zombies that’ll assault your puny base. If your randomly assigned soldier dies then you’ll respawn as another operative after a short cooldown. Death in Daybreak isn’t as big a deal as it is in the main game, which is good since you’ll be dying. A lot.

The technician isn’t so disposable, however. It’s an instant game over when he or she dies (the technician’s randomly chosen too), so you’ll want to keep them away from danger and their health topped up with bandages. 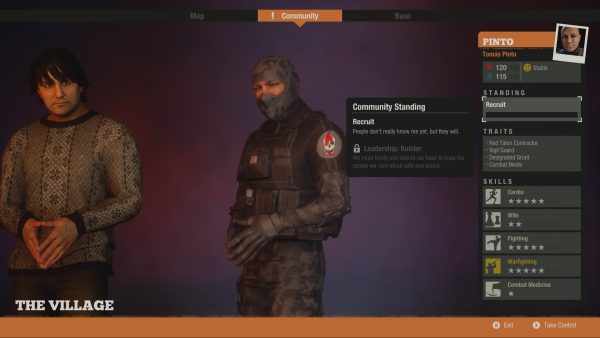 Each wave gets longer the further you progress, so it’s ultimately a game of time and resource management. Separating you from the hordes of undead are perimeter barricades, your first line of defense against garden variety zombies and special monsters like the Juggernaut, Bloater, and the new Blood Plague Juggernaut. That new one is pretty self-explanatory if you remember how the infection mechanic works.

As expected, those walls all have their own health meters and can crumble when heavily damaged. While you can repair these barricades, you only have a limited amount of repair kits to do so. It boils down to timing and experience on when to reinforce those walls. You could funnel the zombies into a killzone during downtime, but you don’t want to sacrifice manpower on repairs when facing an overwhelming horde.

Adding on to the stress is the fact that resources are shared among the entire team (unless you decide to go single-player with the AI). As you’re constrained by limited slots you’ll need to prioritize what to have on your character at all times, depositing unwanted items in chests around the base for other players to use. A well-coordinated team may spread responsibilities, and it’s important to remember that only some supplies are rewarded after every wave. These supplies are airdropped into an open park near the front of your position, which means you’ll need to venture outside to get them. While this breaks up the monotony a bit, you’ll need to manage this downtime effectively as you still have barricades to repair.

An additional point to consider is ammo. It’s available in huge quantities, at least in the beginning, but you’ll still want to rely on melee weapons as much as possible. On one hand, weapons don’t degrade or break so you can go hold wild and not regret it. Sadly, the melee combat is still as clunky as it was in the main game, just a little less repetitive since characters are buffed out with the best skills. This means zombies, not the special infected, take less hits to kill.

There’s also an armory that expands the more you play. You get a Prestige point for kills and for surviving waves, which unlocks items from a Collection at certain thresholds. The best part about it is that these rewards can also be used in the main game. I don’t mean one or two paltry guns, as you have more unlocks to use in the campaign than in Daybreak itself. But if there’s one issue I have with the Collection it’s that you won’t know your progress towards the next unlock. Playing online is obviously the best way to enjoy Daybreak. Human players are (hopefully) much better than the AI, so you’ll get further in the waves which in turn nets you more Prestige points for more gear. If only there were people to play together with.

As nobody in my friends list owned the DLC I’m forced to play with random players, but there really aren’t a lot of open rooms that I’ve encountered. It can take upwards of five minutes to even find a multiplayer game, and that’s if I’m lucky. This was right after the DLC’s release, which should be the period with the highest number of players online. God knows how it’ll be a month or longer from now, once people start to move on.

The multiplayer settings definitely needs more tweaking too. There’s no server browser or any feature to let you create your own server with custom settings. What you get are simply options on who can join: whether your game will be open to strangers, friends only, or nobody at all. Even then, these are tucked away in the Options menu instead of being readily available on the main screen, making them unintuitive and annoying when you do want to change them. Then there’s the lag. Of the limited number of games I managed to join, nearly every single one suffered from latency issues. With zombies teleporting all over the place it was incredibly hard to shoot them, and even when you do it takes a while to register. It’s like playing Quake on the Dreamcast all over again, except this time I’m on a fibre connection instead of a 56K modem.

I also encountered frequent disconnects, getting the dreaded “Lost Connection to Host” message which means I get zero Prestige points for my trouble. A couple of times the game even froze afterwards, forcing me to return to the Home screen and manually close the game.

The glitches pour over into the game itself, too. You’ll see zombie parts floating in the air long after you’ve killed them, or player models loading incredibly slowly. I’d understand if Daybreak was included in the main release of State of Decay 2 but this is DLC! Shouldn’t simple issues like these be fixed by now? At its best, Daybreak brings pure, unadulterated chaos to State of Decay 2, and you’ll have fun panicking within it. Having barricades crumble under the zombie assault while you desperate fight to stay alive is undoubtedly one of the best aspects of the game. I’ll be the first to admit that seeing the undead rush your position while you and your friends (or the AI) lay down suppressing fire is an unforgettable experience.

Unfortunately, that experience is marred by glitches and other issues that prevent the DLC from achieving its full potential. If you have three other willing friends and can overlook the rough edges, then Daybreak will be an undeniable co-op blast.

State of Decay 2: Daybreak is out now for Xbox One and PC (supports Xbox Play Anywhere).
Developed by Undead Labs and published by Microsoft Studios.
A code was provided for review.

State of Decay 2 : Daybreak (Xbox One)
was reviewed on the LG OLED C7 Television. Sal's just your average hardcore gamer. He started gaming on the NES in the 80s and has been ever playing since. Sal doesn't care about which platforms games are on, only that he wants to play them all!
Previous post Transformers look so much better in the upcoming Bumblebee movie
Next post You’ll share Red Dead Redemption 2’s world with 200 animal species