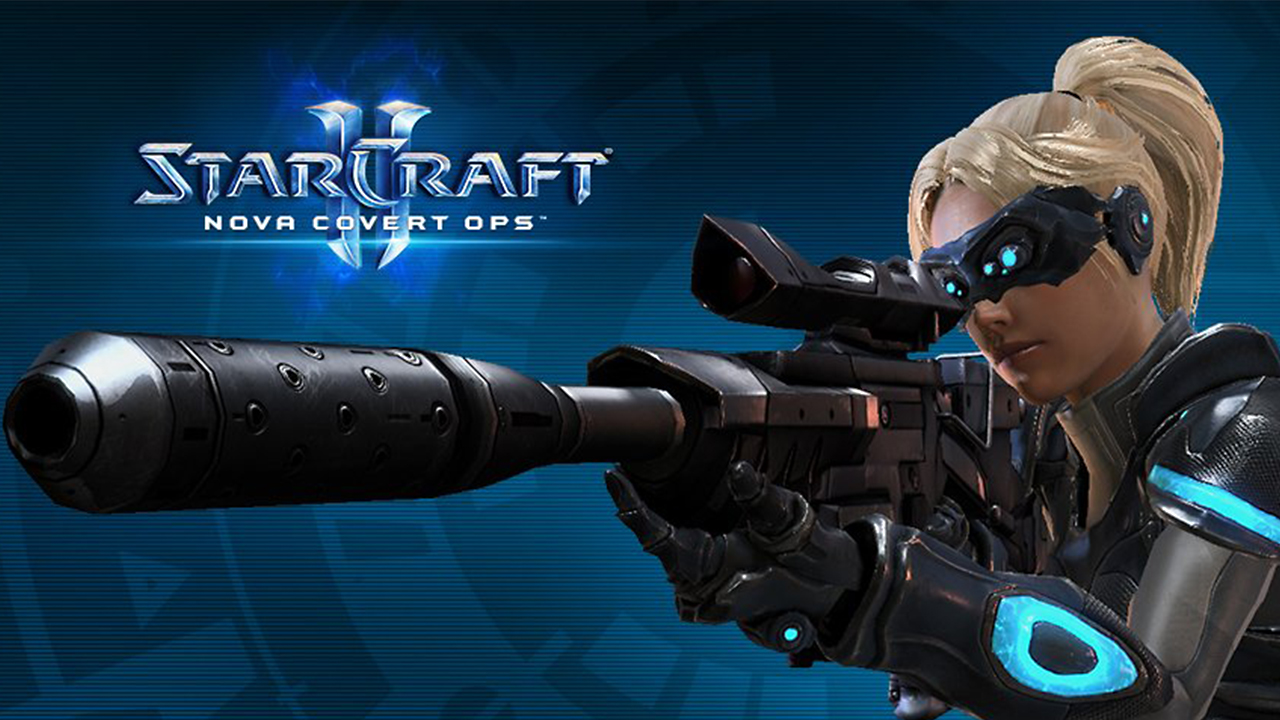 Modding is a treasured facet of PC gaming, and while it greatly extends a game’s lifespan it also raises the bar for paid DLC. StarCraft II Nova Covert Ops’ first mission pack barely manages to hit that bar, from both a story and gameplay perspective. It does, however, show promise for what’s about to come.

Note: This review is for the first mission pack (Missions #1–3) of Nova Covert Ops only.

As you might guess, the nine-mission series focuses on Nova Terra, a notable Ghost agent – they’re the stealth-cloaking, psionic-capable units required for nuclear strikes. It’s set after the events of Legacy of the Void, the third and final instalment of StarCraft II, and starts in a way that’s surprisingly friendly to players old and new alike.

Blizzard managed this by playing the insomnia card. The opening moments has Nova escaping a Terran research facility, warned of mortal danger with no recollection of why, where, and how. Both she and the player must then piece clues together amid swarming danger, in operations fitting her particular skillset.

This pack contains the first three missions and, story-wise, it left me feeling indifferent. It’s hard to fault it without having seen all nine missions as a whole, though what I can say is that they’re overly reliant on past plot devices, diminishing the impact of its cliff-hanger ending.

In some ways, it could be an intentional parallel with another former Ghost but that’s speculation on my part. From what we’ve been given, it’s a serviceable set-up for introducing main characters, establishing Nova’s goals, and firing it up with a good dose of urgency; all of which is delivered via new short cutscenes and voice acting.

I just wish they used a different narrative hook to reel us in.

What you’re really buying Nova Covert Ops for is the gameplay. In true campaign-style diversity, Blizzard has us alternating control between just Nova and an entire force, with the Ghost gaining access to a loadout screen in later missions. More exciting are the forces at her disposal, as Nova has been given command of her own covert ops unit.

That means a couple of things. Stealth? Check. A small force? Check. Jump-jet equipped siege tanks? Umm, check. I’m not quite sure how jump-jet siege tanks equate to stealth, but it sounds and looks inspiring enough for a Marine to shed a tear. Artillery on higher ground is every commander’s dream, and combining that with Reapers and a jump-jetting Nova is a recipe for mobile devastation.

The magic occurs in the technology screen, where units can be fitted with a single kit from a shared pool of upgrades. Those jump-jets could go to Hellbats or Marauders instead, or perhaps those poor Marines could use a Super Stimpack that actually heals for once.

It’s actually great, had they not limited it to only two scripted missions. Due to the nature of scripting there’s only so much you can play around with, and not having an AI skirmish mode with these fun modifiers is such a missed opportunity. If Blizzard hasn’t considered it before then I sincerely hope they add it by the final mission pack.

What’s also unfortunate are the solo Nova missions themselves, which don’t amount to more than “avoid vision cones”. She gets a few different options for close-quarters executions – and the experimental plasma sword gets as gory as it gets – but we don’t get to choose which weapon to use at any time. It’s also annoying how the AI doesn’t care much for the mysterious murders outside of scripted events, though that’s just a limitation of the StarCraft II engine.

Even if these solo missions are primarily meant to provide story details, I was hoping Nova would get more complex objectives. Infiltrating a base brimming with patrolling soldiers, while only having a limited supply of tools, would be far more engaging and tactical. Blizzard had the gist of what they needed to do yet didn’tt flesh it out enough.

Trouble is, more development times equate to higher costs, and money really is a point of contention here. Blizzard doesn’t want to risk forking out an entire new expansion for what has long been considered a StarCraft II trilogy, and besides, Nova is a relatively new character compared to the rest.

So what we have is Mission Pack 1 priced at US$7.49 (S$10) or a bundle for US$14.99 (S$20). Grabbing the bundle for Nova Covert Ops is clearly the better deal here. Not only is it the cheaper option but it also guarantees you finish the spin-off journey you’re already embarking on. And let’s face it, these three missions on their own don’t offer a lot of replay value other than increased difficulty.

I should note at this point that Nova Covert Ops works with StarCraft II Starter Edition, a free download, so one could say this is a standalone release. That being said, buying Wings of Liberty or even all three campaigns is a more sensible purchase for the new owner.

For the StarCraft II lovers out there, though, you wouldn’t want to miss out on all the goodies Nova’s new command brings. If we’re getting cliff-traversing siege tanks now, just imagine what we’ll get by those final missions.

Ade thinks there's nothing quite like a good game and a snug headcrab. He grew up with HIDEO KOJIMA's Metal Gear Solid, lives for RPGs, and is waiting for light guns to make their comeback.
Previous post Na’vi crowned Champions in dramatic fashion; EL Gaming flopped big time at WGL: The Grand Finals 2016
Next post Review: Tom Clancy’s The Division (PS4)