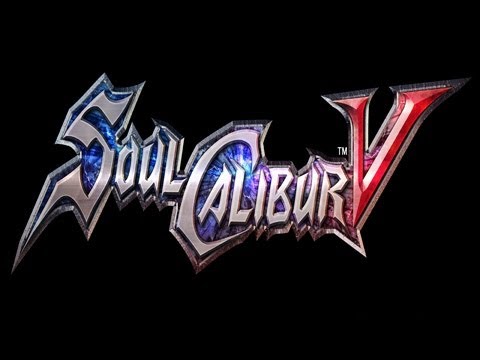 Soul Calibur II was one of the most greatly hyped games in Namco’s (now Namco Bandai) history of game-making. Back when it was released, it garnered itself an overwhelmingly favourable reception, with game reviewers claiming it to be the greatest fighting game ever created in the series.

It looked like nothing better could ever be made.

And then Namco Bandai came up with Soul Calibur V.

Eight years down the road, the Soul Calibur franchise is still going strong. SCV’s story is set 17 years after Soul Calibur IV, and introduces 13 new playable characters, and includes Ezio from the Assassin’s Creed series. As a newcomer to the game, I had no trouble picking up Astaroth, with a few helpful pointers from some of our top local players. Veterans of the series will also enjoy the rich and multi-dimensional depth they’ve been used to with characters like Natsu and Z.W.E.I.

That’s not to say SCV is still the same game the Soul series is known for. There are a lot of differences; the biggest being the introduction of a meter to the game. This adds an entirely new dynamic, as players can now make use of parries, reversals, ‘EX’ moves and Critical Edge supers.

In spite of its commercial success, the Soul series was previously criticised as being too boring a fighting game, one that was pleasing for its players but underwhelming for spectators. With the introduction of the meter and the Critical Edge system, SCV has been propelled to the ranks of Ultimate Marvel vs Capcom 3 and Super Street Fighter 4: Arcade Edition as a hype-generating crowd-pleaser. We’ve heard that reversals do great in spicing up the game for spectators, as evidenced by the shouts we hear whenever a SCV tourney is organised locally.

SCV also places greater emphasis on movement, and has had tweaks made to utilise its 3D platform more. The ‘2’ and ‘8’ positions in particular, are changes that the community has been waiting for. Game balance is also something that has been tweaked to near perfection, with all characters dealing heavy damage. Those that don’t get a trade off instead. For instance, Lacia does low damage but can perform an insane Gut Break.

However, balancing a fighting game is never easy, and some characters inevitably fall through the net. While they don’t reach the same tier as Yun, Yang and Feilong in SSF4:AE, they do make the game a little more frustrating than it should be. Nightmare, for example, is a character many top players declare to be scrubby.

Soul Calibur V is a great game not just for veterans, but beginners as well. With just three attack buttons and one guard button, it’s an easier fighting game to pick up compared to other conventional fighting games. Don’t just count our words for it – go play it!

Soul Calibur V retails in Singapore for S$65 on the PS3 and S$60 on the Xbox 360. The game was developed by Project Soul and published and distributed by Namco Bandai Games in Singapore. A copy of the PS3 version of the game was given to us for this review. This review was put together with the help of the local Soul Singapore community.