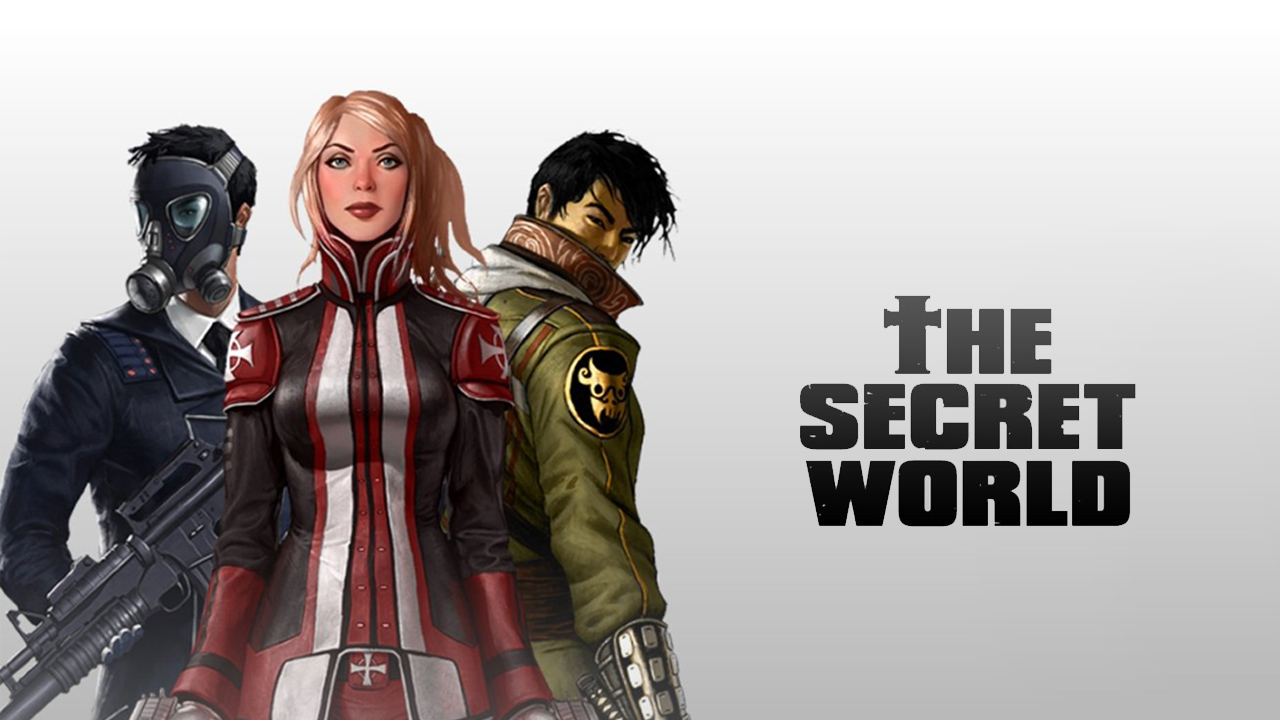 ‘Excited’ is how I would describe my reception of The Secret World.

With no classes, no levels and no high fantasy setting, The Secret World was something that looked set to stir things up in the MMORPG cauldron. While the MMORPG is a genre I have little time for now, Funcom promised this would be special. And special it really is. Yet for all its strengths and courage, I couldn’t help but walk away from the piles of undead feeling disappointed.

You probably have a good idea of what London, New York, and Seoul look like. Now imagine what they’d look like torn and battered by wars against the supernatural. No, we’re not talking about misbehaving poltergeists or old demons with a penchant for little girls – we’re talking full-blown portals to Hell and great tentacle-beasts, ripping these major cities into a new one. It’s this distortion of modern day settings that initially sets The Secret World apart from its peers, sweetened by the fact that pieces of history, mythology and urban legend all come together to form a rich backstory presented by a great cast of voice actors.

Epic monsters aren’t what you’ll be getting within your first few hours of play, of course. You start off by choosing the Dragon, Illuminati or Templars as your secret society of choice (sorry, no local triads like ‘369’ here). After meddling with the basic character creator, you’re treated to a cutscene where said character inadvertently swallows a bee, endowing him with mystical powers. One unexpected visit by your recruiter later, you start the game proper.

Funcom’s approach to The Secret World’s absence of classes is the Ability Wheel. Ability Wheels, or free talent trees, are more commonly found in Action-RPGs, and give players more leeway with their character’s build. Its introduction to MMORPG The Secret World offers players a more fluid, less restrictive form of gameplay compared to the rigid Tank, DPS, and Healer classes that they might be used to.

In The Secret World, you can invest points into any fighting style you wish, unlocking both active and passive abilities; there’s a hotbar with a limited number of slots for both, and you can freely swap your weapons and abilities around anytime you’re not in combat. What this translates into is a great degree of versatility while playing – one moment you’re using AOEs and snares for mobs, and the next you’re dealing gleefully-high amounts of damage against a monstrous boss.

With that said, this does not free players from the aforementioned, established Holy Trinity of builds, especially when it comes to dungeon content. It would be best to keep this in mind as you’re planning your character’s development, considering how there is no option to reset your points. Either that or you can work your way to creating a multi-coloured Ability Wheel, fully investing in all disciplines. It’s entirely possible to do so, the only expense being time, since The Secret World doesn’t have a level cap.

While there aren’t any player levels, your progression is still measured by a XP bar that nets you points for your abilities and skills. What are skills, you ask? They’re passive bonuses tied to each ability discipline – such as Swords or Elementalism – and broken down into either offence or support. Skill ranks are used in General Chat as an indicator of how invested a player is in a particular style. Someone with Rank 4 Healing in Blood Magic, for example, would naturally be a suitable healer for your party. Whether that player is any good at being a healer is something else entirely – it’s best to find out before you all begin respawning at the nearest Anima Well, the game’s equivalent of graveyards.

I’ll be honest: I do not enjoy the combat system. The Secret World is fully reliant on hotkey combinations and a dodge mechanic (with a short cool-down) that unfortunately feels stale and dated. Players are either standing still being a keyboard maestro or simply running around in circles waiting for stronger skills to recharge. Other than bosses or large, strong groups of enemies, the fights don’t feel all that engaging. The issue isn’t helped when guns are involved – guns that suffer from damage scaling like any melee weapon.

Multiplayer is what you’d expect of an MMORPG and in The Secret World, you’re able to find everything one would need to form a party or set up a cabal. What surprised me was the lack of PvP, considering that the game encompasses three powerful factions vying for power. While the story explains this away with the fact that they’re united against a common enemy, I expected more than just contested areas and arenas. Because, you know, stabbing temporary allies in the back at every opportunity sounds exactly like the sort of thing these people should be doing.

The Secret World also brings investigation missions to the table. Tapping on the vast lore at their disposal, Funcom have crafted quests that require you to piece together and solve clues to continue – think Indiana Jones or National Treasure. From what I’ve seen, it’s evident that they’ve poured lots of care and effort into these missions. Not only do you have to analyse texts or conversations, you’ll often need to make use of the in-game web browser to do actual research, utilizing both real and fictional information.

In one example, I needed to access a laptop secured with a password. Prompting for a hint returned “My Wife”, so I had to find out who the owner was. A pair of bloody corpses was laid nearby, and luckily for me (not so for them or their lingering assailant) they had corporate ID cards on them. Google led me to the fictional company’s website, and a search for the dead man’s name quickly resulted in his wife’s identity.

Investigation missions vary from one another in creative ways, from reading up about classical painters to decoding Morse code intercepted from a radio transmission. They’re great fun, especially when working together as a group. There’s just one major problem, however: the in-game browser doesn’t filter anything out so your search results bring up guides and walkthroughs. You can treat them as spoilers or use guides that give only hints, but fighting the temptation to look at walkthroughs can prove difficult sometimes.

This is an issue exacerbated by the fact that these investigative missions are mixed alongside regular RPG quests. You could be mindlessly killing enemy variants for nearly an hour when suddenly, the game asks you to use your brain. It’s jarring and highly frustrating, and when I can’t tackle that mission later (for when I feel less stupid), I usually find myself poring through Google with ‘walkthrough’ as part of the search string.

For every part that The Secret World does right, there’s something else around the corner that the game doesn’t. I love the world Funcom have created, and badly want to enjoy this title, but the combat and questing just don’t appeal to me as other recent MMORPGs do. It’s a wonderful new IP with bold ideas, but it is hampered by old mechanics and design; not to mention that the game uses a subscription model, a hard sell in today’s growing free-to-play market.

There is a 3-day unrestricted trial for The Secret World and I suggest you try the game for yourself – just to explore the world and concepts if nothing else. Do note that it’s about 14GB worth of data, and Funcom is releasing new content called Issues on a regular basis, so it might grow in size quite a bit.

The Secret World is a MMORPG developed by Funcom and published by Electronic Arts for the PC. It is a subscription-based game and buying a copy will give you 30 days of game time. Available for purchase now.

Ade thinks there's nothing quite like a good game and a snug headcrab. He grew up with HIDEO KOJIMA's Metal Gear Solid, lives for RPGs, and is waiting for light guns to make their comeback.
Previous post World Of Warcraft: A Love Letter To Azeroth Part 1
Next post Flash E-Sports Welcomes CS:GO Team Dreamscape