Home / Reviews / Console Gaming / The Rocksmith (X360) Review – Now You, Too, Can Be Like James Hetfield!

The Rocksmith (X360) Review – Now You, Too, Can Be Like James Hetfield! 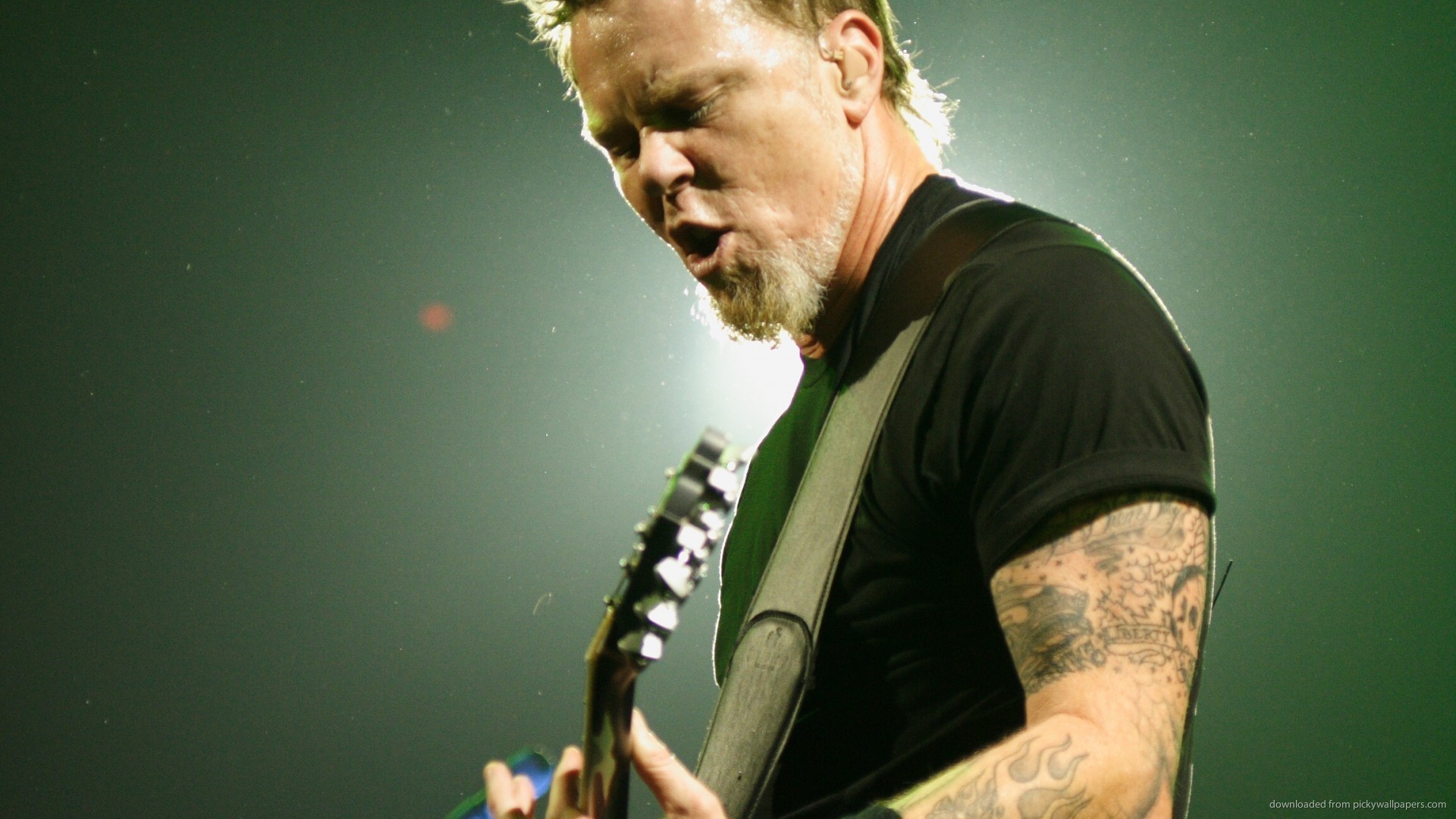 Loading up Rocksmith and watching its introductory video brought me back to my secondary school days, where ‘jamming’ with your band had been all the rage. I had never been musically inclined enough to really be in one – the only time I had been in a band, my best friend had sacked me from it. But I remember friends attempting to teach themselves to play the guitar. Guitar tab websites were all they needed to get started, though it was next to impossible to learn a song if no one uploaded the tabs for it, since no one could read music.

Fast forward to 2005, when Guitar Hero hit the console market, and music games took off in earnest. Suddenly, everyone was a musician, rocking it out on the TV stage with their custom avatars, who were decked out in the most outrageous rocker outfits possible. But Guitar Hero and Rock Band never taught any player how to play a real guitar. At best, these games only tested your hand-eye coordination. And sure, you kicked ass and then some in front of your TV, but what if someone took that plastic axe out of your hand and pushed you on stage with a real guitar?

The Ubisoft-produced music videogame is based on educational music tech, and actually teaches you how to play the guitar. There are no plastic axes with this; you plug in a real guitar – any electric guitar (semi-acoustics work too, we’re guessing) – via the ‘Hercules’ adaptor and start jamming. I was initially wondering if it would be more tutorial than game. Rocksmith pitched itself as a video game, after all, and I’m happy to say it didn’t disappoint.

Gamers who want to add guitar-playing to their repertoire of girl traps will be pleased to know that Ubisoft has managed to blend practical tutorials with the colour coded, rhythm based gameplay we have all come to know and love from the Guitar Hero series. Starting out, you first tune your guitar. It is a fuss-free process with plenty of visual aids and tips on screen, and to be honest, the ability to tune my guitar through my X360 was mindblowing. The gamer nerd in me was orgasming. But you know, guitars always do that to women. Isn’t that why you want to pick up this game?

Moving on, I was plopped into the game proper. There is no tutorial, but that’s all right because the game design is intuitive enough that seasoned gamers can pick up on what to do. To be safe, though, the devs have included aural tips before each new feature kicks off. The game immediately suggested that I practice the two songs it had chosen for me to perform for the night’s set, so practice I did.

It was Guitar Hero all over again, though this time there were metal strings biting into the tips of my fingers, and they were getting shredded because I had not had the foresight to buy myself a pick. Rocksmith is serious business. The two blisters on my fingers attest to that. If you don’t feel you’re up for a real song yet, you have an option to hit the practice-practice mode, where you get to try a particular riff at a slower speed. Completing this riff successfully speeds the next round up, and you continue at this until you hit full speed. That helped a lot, especially for a music instrument-idiot like me. After struggling with the practice sessions, I finally got competent enough at them to hit a particular number of Rocksmith Points (RSP) and the game certified me stage ready!

This is where Rocksmith starts to fumble. I had thought myself to be a badass for conquering those simple riffs in practice mode, and that I would blow the audience away with my licks, but the actual song had extra notes and riffs I had not had the chance to try – much less practice on! I found myself picking uselessly at the strings as the notes flew me by, and was all prepared to get booed off stage by the crowd for failing. Except that the crowd – as mature as the game they were in – continued clapping, and actually cheered when I finally hit a correct note. Oops. It’s a nice gesture by Ubisoft, to not damage the already fragile egos of their target-audience: awkward guitar newbies in a world saturated with guitar players with too-long hair and too skinny jeans and too many women around them.

Somehow, I managed to redeem myself with the second song and even earned an encore. I progressed to the next set list – and promptly quit practice half way. The song was too complicated for someone like me, who was unschooled in the techniques of guitar playing. That was when I remembered the game had actually advised me to enter a new practice mode, which taught me the ‘shifting’ technique. Oh, all these guitar terms!

As it is, it feels like Rocksmith is better played by someone with at least a rudimentary knowledge of, and familiarity with the fretboard and the strings. I messed up many a time because I had to look down and hunt for the right fret. Granted, the game does ship with colour coded stickers for you to differentiate one fret from another, but come on! We’re not playing Guitar Hero here! We’re adults learning to play the guitar!

That being said, the tutorials are very comprehensive, slowing down or speeding up according to your competence. You can also hop into the main menu to repeat them endlessly, and can also try your hand at the more advanced techniques without first needing to unlock them via the main game. The tutorials cover a range of techniques from sustains to power and barre chords. Don’t ask me what those are, because I gave up on the game once I saw blisters start forming on the same fingers I am now using ( in much pain) to type this review.

Rocksmith is a brilliant addition to the ailing music games market, and its guitar-to-X360 (or PS3) connectivity is a marvel even in this day and age. The game includes a free play, or Amp mode, which allows you to use the Xbox as an amp; most of us with guitars would already have an amp, though, but this mode also allows you to fiddle with pedals and other effects. Do note that this is a mode best played by experienced players, though.

The game also includes a Guitarcade mode, which is a series of arcade games you can play with the guitar. They’re actually really good for getting used to the feel of the instrument. I started out not knowing one fret from the other, but the first Guitarcade game I unlocked, called Ducks, helped familiarise me. In Ducks, you shoot at plastic ducks by strumming different notes, and it’s impossible to look at the duck, and then look at your fretboard, and awkwardly strum. It forces you to memorise by feel where your notes are.

The Good Guy Greg of music games, Rocksmith allows you to play any song it ships with, without first having to unlock them. Browsing the gallery, songs from bands like Velvet Revolver and the Red Hot Chili Peppers caught my eye. The game’s offering of songs is not particularly edgey, and there certainly is nothing as impressive as Dragonforce’s ‘Through the Fire and the Flames’, but it’s decent, and dare I say, is also a challenging repertoire of songs to learn. Later on in the game, you can select Master mode for songs, which has you playing them with no references on screen. You’ve got to play those riffs by heart!

I loved playing Rocksmith, and even though my fingers are all but shredded I’m going to give it another go tomorrow. It isn’t the most painless way to learn the guitar – sometimes those scrolling chords can get downright hateful because you just can’t connect them – but it is probably one of the most entertaining. Goodbye, printed tab sheets. From here on, it’s just me and my guitar. It’s time to make up for getting kicked out of that band.

Rocksmith is developed by Ubisoft San Francisco and published by Ubisoft for the X360, Playstation 3, and the PC. The X360 version was released in September 2012. There is DLC for the Bass expansion (US$29.99) that can be found here.