Review – Razer gets wireless right with the Lancehead Gaming Mouse 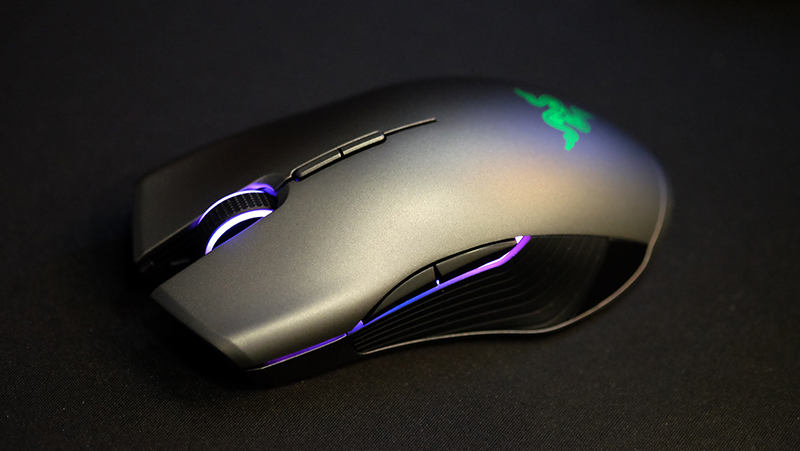 Razer has big new ambitions for its Lancehead gaming mouse, the latest rodent to roll off its factory line.

Most gamers snub wireless gaming mice because of the perceived disadvantages, such as higher latency and unreliable performance. However, Logitech’s G900 Chaos Spectrum proved that it’s possible to have a wireless mouse that works just as well, and is in fact indistinguishable from, its wired counterparts.

Ultimately, it’s all about having the right implementation, so we perked up when Razer announced the Lancehead and started talking up its wireless performance. The company promised the usual goodies – reliable operation that is unaffected by even a noisy wireless environment and lag-free usage.

Razer has spared no expense with the Lancehead. This is Razer’s new flagship (move over, Razer Mamba), and it improves on the Mamba in several ways, including with a more versatile, ambidextrous design, better handling, and of course, vastly improved wireless performance.

It also works in both wired and wireless modes, so you’re free to choose between the two. In addition, its ambidextrous shape and side buttons located on both the left and right of the mouse mean that it is truly a mouse for both right-handers and lefties.

Overall, Razer’s newest flagship is a versatile mouse that wants to satisfy a vast swath of gamers. However, it’s prohibitive S$229.90 price tag means that even if it makes everybody happy, most people won’t immediately hand the cash over.

That’s far out of the range of the mass market, where a very good gaming mouse can be had for a hundred dollars less. The Lancehead is an unabashedly premium product, in the same company as the S$249 Logitech G900 Chaos Spectrum.

The highlight of the Lancehead’s arsenal is something Razer calls Adaptive Frequency Technology (AFT). The mouse operates in the 2.4GHz band, but it scans the different frequencies hundreds of times a second and selects the one with the least interference.

This ability to frequency hop helps ensure better transmission stability, in theory, and is what enables to Lancehead to keep transmitting reliably even in a crowded environment with multiple wireless devices. However, Razer says the Lancehead only switches frequencies when it absolutely needs to, thus avoiding performance drops that can occur during this process.

This concept of frequency switching is similar to what Logitech did with the G900, so that explains how both mice manage to turn out strong performances in wireless mode.

In our week using the Lancehead in wireless mode, we didn’t notice any signal drops or delayed responses, and the mouse continued to track reliably whether we were in game or working. We experimented with the positioning of the dongle, first placing it in a front USB port on our PC and then plugging it into the rear I/O amidst a tangle of wires.

The mouse worked well in both cases, and there was never any need to plug the dongle into the adapter to link up with the braided cable. This setup helps you minimize the distance between the dongle and the mouse in especially challenging environments, and you can opt to do so anyway for a peace of mind.

More importantly, it was impossible to distinguish between wired and wireless mode, which is really what makes a great wireless mouse.

Finally, the Lancehead’s battery is supposedly good for 24 hours with the Chroma lighting on, and we were able to use it for a few hours every day for about a week before it needed charging. That’s pretty decent, but the battery life on the Logitech G900 Chaos Spectrum is still slightly better.

When it comes to its design and shape, the Lancehead appears more suited to claw and fingertip gamers despite its oblong shape. It was not uncomfortable to palm, but gaming with it felt a little awkward. The mouse also flares outward toward the rear, and that helps provide more support for claw and fingertip grip styles.

That said, the rubber-coated side grips are a nice touch that help make things a little more comfortable. The glossy sides on older mice like the Razer Imperator and Abyssus were a nightmare, and it’s good to see that Razer has left that behind.

The mouse’s main body also resists dirt and grime quite well, so it won’t look absolutely terrible even after gripping it in your sweaty paws.

Good build quality is definitely an expectation at this price point, and the Lancehead fortunately doesn’t disappoint. One gripe we’ve had with Razer mice in the past is how light and sensitive their left- and right-click buttons feel, but that’s thankfully not an issue here.

There was just the right amount of resistance and feedback, and the same goes for the side buttons. Similarly, each notch in the scroll wheel felt sufficiently well-defined, so there should be no trouble using it to scroll through items in your inventory and the like.

Two DPI adjustment buttons sit below the scroll wheel. Razer’s Synapse software pops up an OSD that shows the DPI level when you change it, and that’s actually pretty useful. You can set up to five DPI stagesin Synapse, but you’re unfortunately limited to just 100DPI adjustments. While that should be enough for most people, it’d have been nice to see finer-grained 50DPI increments.

Where tracking is concerned, the Lancehead’s laser sensor did well enough, although we still felt that mice with the optical PMW3360 sensor felt somewhat smoother, more responsive, and more accurate.

Razer didn’t say whether the laser sensor in use is the notorious Philips Twin Eye sensor or some variant of that, but the good news is that we didn’t pick up on any z-axis tracking issues. Lift-off distance was low enough, although that’s not something that many folks will notice, unless you game at really low sensitivities.

It’s worth noting that the wired-only Tournament Edition of the Lancehead actually has a more robust optical sensor, so that mouse might actually be the one you want to take to LAN. Furthermore, it’s significantly cheaper at just S$129.90, so the TE mouse makes a lot more sense unless you really want the wireless capabilities.

In general, optical sensors work well on cloth pads while laser sensors favor hard mats, so you might also base part of your decision on the the mouse pad you’re using.

It’s also not entirely clear why Razer put a technically inferior sensor – 450 inches per second tracking on the optical versus 210 IPS on the laser – on the more expensive model. It’d have made a lot more sense to simply use the optical sensor for both models.

At 111g, the Lancehead is lighter than most wireless gaming mice, but it’s still heavier than it should be for really fast-paced movements. Casual gamers won’t mind it so much, but someone who plays competitively would do better with something lighter.

The Lancehead has one more trick up its sleeve though, but that’s in the form of a feature that has yet to arrive. Both the wireless and wired Tournament Edition mice will support Razer Synapse 3, the latest version of Synapse that is still in beta testing.

Synapse 3 adds the ability to store up to four profiles on the onboard memory, which you can cycle through using the hardware button on the underside of the mouse. That fixes one of the biggest complaints about Razer’s cloud-based Synapse driver, which doesn’t allow you to take more than one profile with you to another PC without first connecting to the internet and logging into Synapse.

All things considered, the Lancehead is really Razer’s most capable mouse to date. It is functional and well-built, and gamers looking for a wireless mouse that will function just like a wired model will do well to consider it.

Then again, there aren’t many other options in this category, and the few alternatives claiming indistinguishable wired and wireless performance include Logitech models such as the G900 Chaos Spectrum, the G403 Prodigy, and the newer G703 and G903.

Logitech’s wireless offerings are equipped with the better PMW3366 optical sensor, but the Lancehead is the more striking mouse with its Chroma lighting and extensive customization options.

The Lancehead is far from perfect – why couldn’t Razer just use the optical sensor in the Tournament Edition model? – but it is a solid wireless mouse that will serve you well, especially if you’re a fan of the Razer aesthetic. Furthermore, the upcoming support for Synapse 3 and onboard profiles checks one of the key boxes for LAN-friendly equipment.

However, it also costs a hefty S$229.90, so if you don’t actually need the wireless functionality, it makes more sense to look at the S$129.90 Tournament Edition mouse, which also comes with a better sensor.

Squee delights in trash talking on Overwatch and sleeping till 5pm on weekends. Few other things matter, except perhaps the next episode of Game of Thrones.
Previous post Singapore to host Vainglory World Championship 2017
Next post Review – The X-mini Supa has an identity crisis