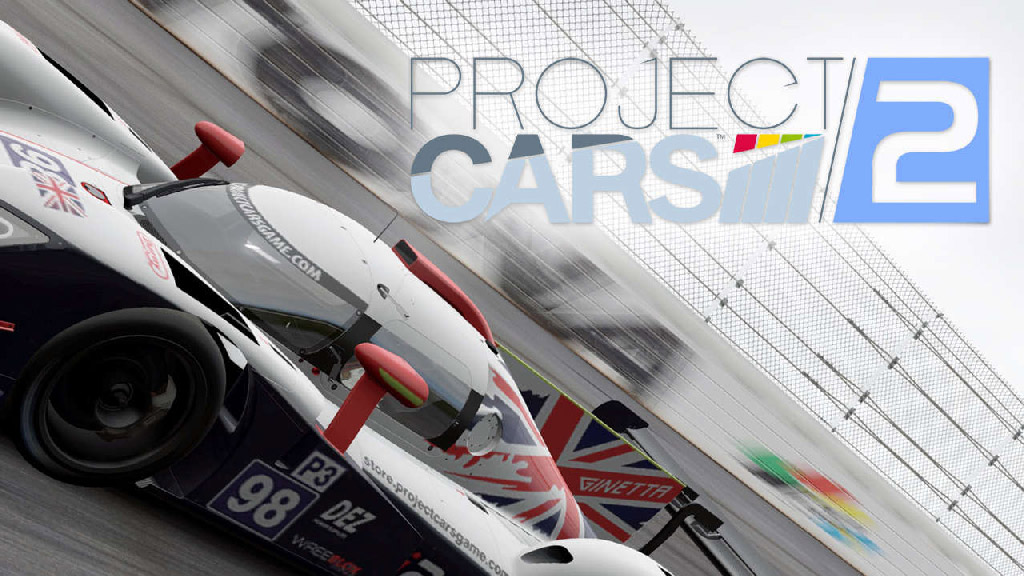 I have been a Forza Motorsport fan for years. However, after making the switch to the PlayStation 4 (Sorry Xbox), I found myself without a decent racing simulator to play. Sick and tired of waiting for Kazunori Yamauchi to finish Gran Turismo Sport, I decided to give Project CARS 2 a try.

On paper, Project CARS 2 sounds tantalizing. Compared to its predecessor, it boasts numerous improvements including a greater variety of cars, more tracks to drive on, better graphics, dynamic weather conditions, and even a new game physics engine called LiveTrack 3.0.

Fire Project CARS 2 up and you are greeted with a pretty interface that is intuitive to navigate. There are three main game modes: career, quick play, and community. Career is Project CARS 2’s equivalent of a campaign mode. Quick Play is likely the place where most offline racers will spend their time. Here, players can set up custom races and have private testing sessions. Community is the place to go play online, and here you can take part in races against other players or time trials. I spent the bulk of my timing time fiddling around with custom races. When Project CARS 2 say custom race they really mean it. Obviously, you can pick the car you want to race in as well as the track you want to race on. But the game goes even further and lets you choose your opponents, the weather conditions, and even change the rules and regulations of the race. You can even set up a proper race day event by choosing to have practice and qualifying sessions. There’s a wealth of options and I’m sure there’s bound to be something for everyone.

Unfortunately, I found Project CARS 2 to be unplayable right out of the box with a controller. Steering is ham-fisted, slow, and numb; the brakes are impossible to use; and there is absolutely zero sense of feedback. As a result, the cars never go where you want them to and you are never quite sure of what the car is doing. I guess this is what driving with boxing gloves while wearing five-inch thick wellingtons feels like.

The good news is that this can be rectified by adjusting the controller settings. A search on Google will yield many users sharing their own customized controller settings; pick one and then fine tune it to suit your preference. This, however, begs the question, “Who at Slightly Mad Studios thought it was okay to ship the game with those default controller settings?” But of course, the best way to enjoy Project CARS 2 is with a racing wheel. Plugging in a Logitech G29 Driving Force racing wheel, I found that the game suffers from none of the vagueness that plagues players racing with a controller. Right out of the box and with the game’s default racing wheel settings, driving with the Logitech G29 was intuitive and Project CARS 2 was highly enjoyable.

The realism is staggering. Carry too much speed into a corner and a front-wheel drive car like the Honda Civic Type-R will wash wide with understeer. Apply too much throttle mid-turn in a 600+hp rear-wheel drive oldie like the McLaren F1 and you had better ready to catch its tail when it oversteers. Build speed in open-wheel racers and feel the car get more planted as downforce increases.

Project CARS 2 sounds fantastic too. Project CARS 2 features over 180 cars, and although I haven’t driven them all, the ones that I have so far sounded distinctive and characterful. The Jaguar F-Type SVR crackles and pops on overruns and downshifts, while the Audi R8 V10 Plus positively wails as you push it towards its 8,500rpm redline. Also impressive are the effects that the weather has on racing. There are 15 different weather conditions in total, including clear, overcast, light rain, storm, snow, blizzard, and even fog. The time of the day also has profound effects on how your car might handle. For example, you will find that you have significantly more grip racing on a hot afternoon as opposed to a cold foggy morning. Needlessly to say, rainy and snowy conditions are the most hazardous as visibility and grip levels are greatly reduced.

To counter the effects of weather and to maximize performance, players are given the option to adjust their car’s setup prior to races. Again, the amount of options presented to players is staggering but authentic. To give you a taste; you can choose tire compounds, set tire pressure, change brake balance, adjust ride height, suspension camber, spring rates, and steering ratio. For race cars, you can even tweak the opening of the brake ducts to increase cooling to the brakes, but at the cost of greater drag or sacrifice cooling for lesser drag. That is incredible.

The sheer amount of tweaking options can be overwhelming for most players so Project CARS 2 features a helpful race engineer feature that helps simplify the tuning process so that even beginners can adjust the car to suit their driving style and perform better. For players new to driving simulators, this may all sound daunting, but Project CARS 2 can be customized to suit your driving ability. For example, you can allow the game to change gears for you and you can also turn on driving aids like traction control and stability management. Not familiar with the track? There is a driving line assistance feature that shows you the line to take, when to brake, and when to accelerate.

So far so good, but that doesn’t mean Project CARS 2 isn’t without its shortcomings. To begin, I don’t think it looks as good as it can be on my aging first-gen PS4 console. I suspect it was optimize for the PC because certain aspects of the game look quite poor on my PS4. For example, heavy rain and snow can look somewhat pixelated and smoke from exhaust and burnouts look patchy. Furthermore, the game taxes my PS4 heavily, causing the fans to go into overdrive, which is noisy and distracting.

Other things I don’t like about Project CARS 2? Loading times, even with an SSD (I upgraded my PS4’s storage), is long. And the game doesn’t feature a rewind feature like Forza Motorsport does. Screw up on the last turn of a 50-lap race, and you’ll have to fight the urge to fling your console out of the window. I know Project CARS 2 is meant to be a simulator, but surely, we can make it a little more forgiving?

On a whole, Project CARS 2 is a pretty fun and accomplished racer. However, to get the best out of it requires players to invest some time to fix the boneheaded controller settings or get a racing wheel. But once you do, you will be rewarded with what is possibly the most realistic and authentic racing game available. Kenny bought a PlayStation 4 only to play FIFA and racing simulator games. He lives for the day that Forza Motorsport will be playable on the PlayStation.
Previous post Civilization VI homes in on SEA with Khmer and Indonesia
Next post ROG Masters APAC Qualifiers – 5 Minutes with Team One Time Wonder