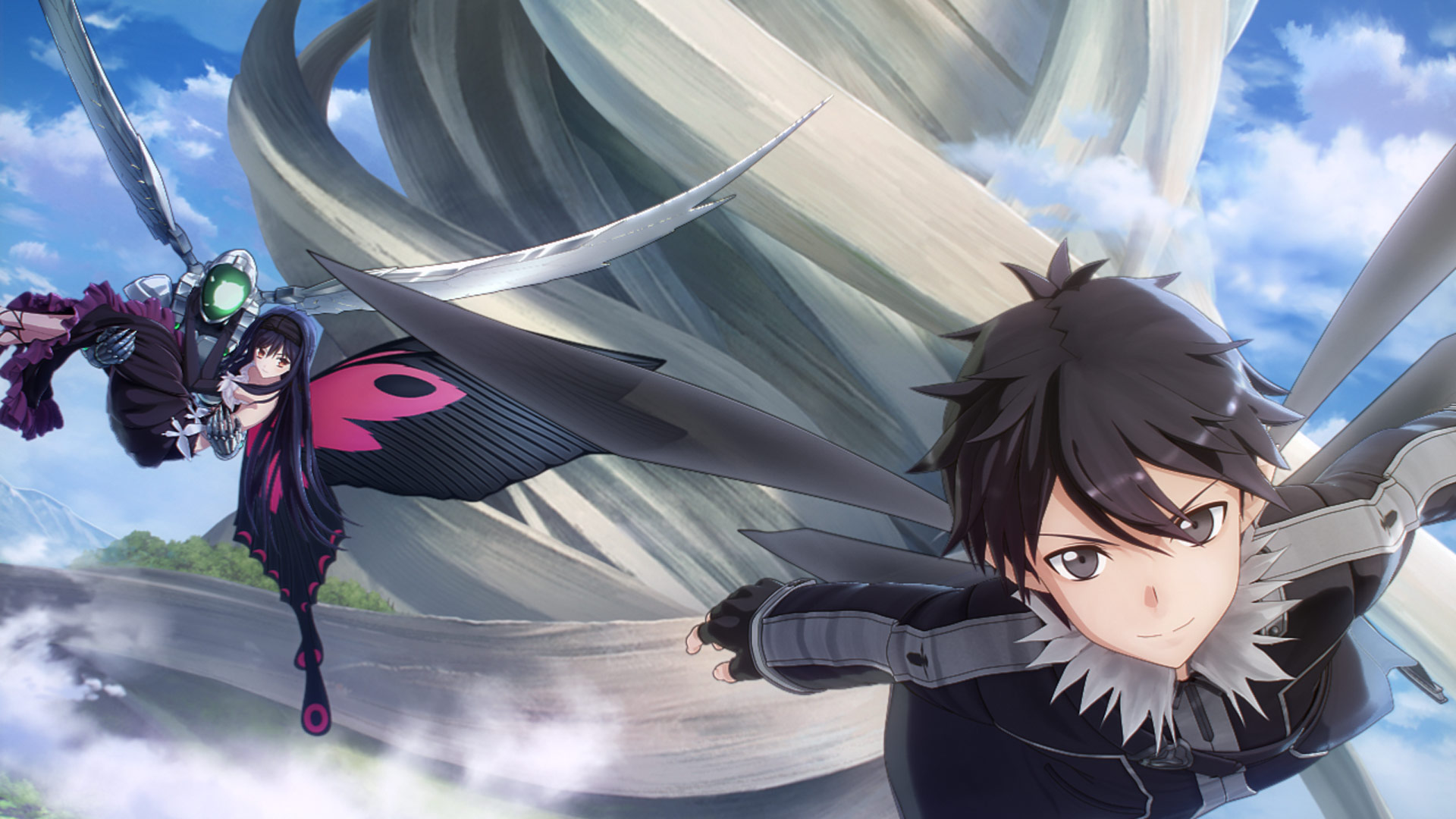 Crossovers are nothing new. Almost every form of media entertainment has them. Aliens have been meeting Predators, Freddy met Jason, Marvel fought Capcom…it’s not exactly passé, but it is not very common too. Weirdly, despite the VS moniker in the title, Accel World VS Sword Art Online isn’t a fighting game. Instead, it’s an ARPG with characters from the titular series thrown together into one game.

Obviously, having prior knowledge is essential to get the most out of the game. That’s why I recommend at least skimming through a wiki of Sword Art Online and Accel World before starting the game. As someone who never watch either anime (though I have played the SAO mobile game), playing it was like watching a movie that was already in the second act. In fact, your characters don’t even start at Level 1 in the beginning; you start at Level 100. It’s a bit overwhelming to be frank, since you’re expected to know the plot from not one but two different series. I suspect fans of either series will have less trouble getting their bearings than I did though

Floundering from the plot aside, the game’s relatively easy to get into. The storyline is rather cliché, with time travel, a big bad baddie intent on destruction and tons of technical mumbo jumbo series of terminology thrown in for good measure. In short, fans of both series will probably get a kick out it. For outsiders like me, it’s passable at best.

Gameplay in Accel World vs Sword Art Online (AVS henceforth) is like previous Sword Art Online games. For those who never played them, Sword Art Online is set in a faux online MMO, similar to the .hack games from nearly a decade ago. The world is divided into sections, and you can fly (or jump really, really high if you’re using most Accel World characters) around to freely explore the locales.

If you’re not in town, the locations are all populated by enemies, which you must fight in real-time. Battles are simplistic and deceptively slow paced, with not much strategy needed other than managing skill usage and knowing when to dodge.

Even the bosses are similarly non-threatening, though some of them do look menacing and cool. Think of the battles as a slower, more methodical take of the battle system from the Zone of the Enders games and you’ll have an idea of how it plays. Camera and enemy placement can be an issue when flying around but the lock-on system is decent enough that cheap shots from enemies out of your view can be avoided by not staying in one place for too long.

In fact, the challenge in staying alive in later encounters has nothing to do with the difficulty level. Instead it stems from the AI doing stupid things (such as standing still while being blasted by a boss’ attack). To mitigate this, you’ll have to constantly switch characters, which is a bit of an annoyance if you’d rather just stick to a single character. Playing online with other players obviously fixes this issue, but if all you want to do is single-player grinding, you better get used to switching characters constantly.

Online multiplayer isn’t the big draw here either, and it shows. Apart from co-op, solo and team battle modes, there’s not much to do online. While the co-op mode has the advantage of teaming up with other players to fight overpowered bosses, you can also attempt them solo. A nice touch to it all is a New Game Plus mode, which carries over your gear and levels after you’ve beaten the game.

AVS’ story progression is done through its main missions, though there are also side missions, quests and even random missions that pop up suddenly. While the main and side missions are obviously more fleshed out, the quests are generic fetch quests, kill a certain number of a certain kind of animal or other similarly themed ones that you’ll encounter in most RPG. If AVS is looking to simulate how boring questing can get in MMOs, it succeeds brilliantly. Too bad, that means the quests are boring in the game too. The main missions however are lengthy and decent enough to provide a worthwhile diversion.

No matter what type of mission or quest you’re on, navigating them can be an issue. To be precise, sometimes you don’t even get pointed to your destination. It gets rather tedious navigating ALO’s large areas trying to find a specific trigger or location to complete a quest or advance the story.

However, despite the areas being rather sizeable, they are also unremarkable. They are huge and take time to explore, that’s true but there’s barely anything to discover for the intrepid explorer player. Technical issues also make exploration a pain. The frame rate stutters as you fly around and object pop-in is horrendous. Trees, boxes and enemies will magically pop into view as you approach previously empty locations. It’s all the more surprising considering how basic the visuals are. To say that AVS looks like a PS3 game isn’t hyperbole at all. The PS4 version is likely a port of the Vita version, which is a shame considering how much more could be done if the game was made solely with PS4 console in mind. As it stands, even on a PS4 Pro, the issues mentioned above are present.

AVS isn’t a bad game but it’s not really a great one either. Of course, your opinion might differ if you are more familiar with either series than I am. But from a purely gaming perspective, the game’s lacking in several areas.

In short, I suggest staying away from the game if you’re unfamiliar with the series though fans of the older .hack games might find the pseudo-MMO feel familiar enough to give it a shot.

Sal's just your average hardcore gamer. He started gaming on the NES in the 80s and has been ever playing since. Sal doesn't care about which platforms games are on, only that he wants to play them all!
Previous post Where to get your Super Nintendo Classic console?
Next post HyperX Pulsefire FPS review: A lighter Deathadder