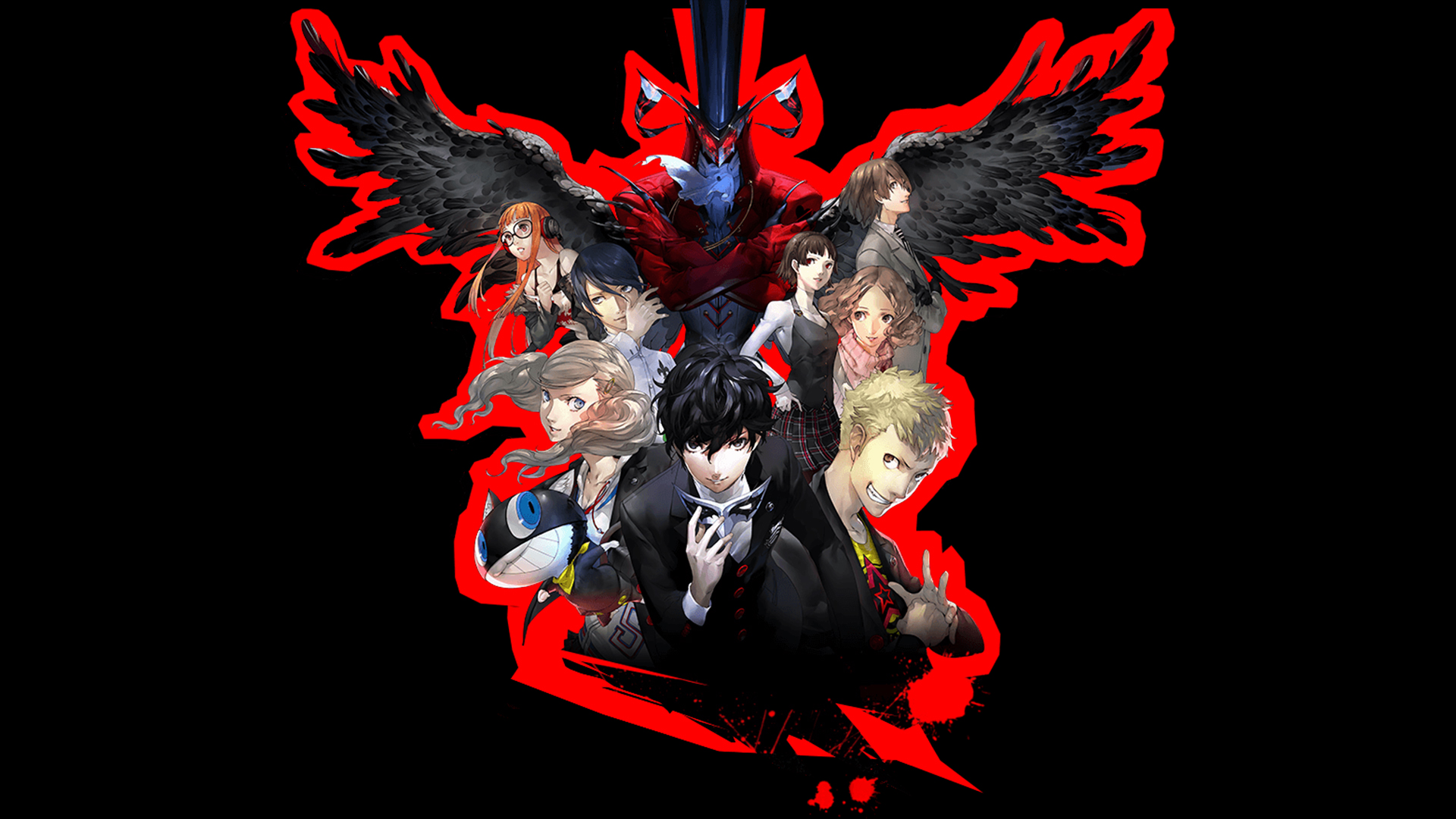 The hardest thing about Persona 5 isn’t the boss battles or weekly schedules, it’s having to bid goodbye when the credits eventually roll.

Anyone new to the series should know a couple of things upfront. Persona 5 is a complete story and does not require any prior knowledge. It does have references and callbacks to other entries under the Shin Megami Tensei umbrella but they aren’t going to impact your enjoyment of the game. Secondly, this JRPG boasts a modern setting, with all the day-to-day responsibilities you’d expect from a Japanese high-schooler. Unless you’re already familiar with visual novels, that latter portion may sound inexplicably dull. Trust me: it all comes together perfectly, wrapped in so much style that it positively hurts.

The prologue begins in medias res, our protagonist fleeing a lavish casino mid-heist. It appears to go smoothly, granting players a taste of the combat and platforming, only for it to end in his capture and word of a betrayal. While not an uncommon technique, Atlus’ decision to do this pays off handsomely when compared to previous titles, churning up interest and curiosity before the action winds down for heavy exposition.

At its core, Persona 5 is about the Phantom Thieves of Hearts, a group of teenagers who’ve awakened to inner powers. Traipsing through worlds unseen, they fight in the name of justice by “stealing the hearts” of criminals, who then turn over a new leaf by confessing and atoning for their sins. Don’t let the innocent-sounding premise fool you, for their targets are all predators who skirt around the law. From bullying to harassment to death, the game explores the acts as well as the consequences it has on the victims and those around them. It’s a reflection of society’s ills, both online and offline, physical and psychological, social and political, all framed through a modern Japanese lens. It does have an ultimate antagonist in the end but, for the most part, you’re up against seemingly ordinary folk.

That isn’t all. Since the Persona games have a half-dungeon half-social structure, the narrative is just as much about the members themselves. These troubled youths cover a wide spectrum, from the outcast delinquent haunted by his past, to a pressured company heiress whose only solace is gardening. Each of them brings different insecurities and worries, and the more you unravel the more your attachment grows. Unlike companion quest-lines in other RPGs, these feel far more organic; The events are embedded between school, part-time jobs, and dungeon runs across several in-game months. Given the amount of time these characters get to express themselves, these aren’t party members – they’re friends.

Admittedly, they do fall under clear archetypes but the writing and voice acting blew past any misgivings I had. The English cast did great work here, successfully convincing me to leave the Japanese voice-overs for New Game Plus.

This social aspect extends beyond the group to cover other people in Tokyo. It starts purely for the benefits, whether it’s to access medicine from a “shady” back-alley doctor or to have chores done by a house-call maid. You’ll form your own opinions and feelings towards them as time passes on, and a few may even be romanced should your teammates not catch your fancy (high-fives for team Ann). This is where Persona 5 toes the social minefield, particularly when the maid’s identity is revealed, yet it doesn’t seem disingenuous. She’s aware of the taboo and repeatedly stresses over it but what wins at the end of the day is comfort and trust. Again, it’s something that develops over months, never feeling rushed or artificial. There are some genuinely touching stories with the older confidants, so try not to overlook them.

The beauty of it all is that these multiple threads tie-in seamlessly with the main story. The game does this by imposing time limits for each chapter, effectively maintaining the pacing and looming sense of danger, while at the same time ensuring you spend your time wisely. Within a set number of days, you’ll have to infiltrate the dungeon, study for exams, and hang out with confidants. Somehow, you’ll also need to find the time to craft lock picks or go spelunking in Mementos, a separate labyrinth with late-game significance. The whole ordeal isn’t as stressful as, say XCOM, though it does impart greater weight to player decisions. Returning Persona fans will discover that a few arcanas are now tied to the story, easing the amount of juggling players had to do.

As absorbing as it is, Persona 5 does have a few frustrations. My biggest gripe lies with the game deciding things on my behalf, primarily when it comes to ending the day. “Let’s not do that today” has been the absolute bane of my experience, as it will be yours. Other aggravating examples include dialogue choices that affect the group’s actions, counter to what I wanted. I’ve come to terms with it now, seeing them as design choices affecting pacing and characters, but the gamer in me still wishes for that control.

And while we’re on the subject of pacing, I believe that the final Phantom Thief is introduced far too late in the story. Compared to the others, she gets crammed in-between two heavily scripted events, before the game ramps up in intensity for the finale. It’s highly probable that you’ll only max out her confidant rank in the second playthrough.

Equally troubling is the way Atlus handles certain subjects. One of the Phantom Thieves, Ann, deals with sexual harassment as part of her origin story, yet she’s turned into the “fanservice girl” almost immediately afterward. Persona 5 isn’t heavy with the lingering close-ups and the like – they do exist – but this feels like a huge misstep on their part. On a lighter note, it’s also amusing how we eventually get to extort or threaten our enemies, which almost seems hypocritical.

I won’t go into detail on what these dungeons entail or how this whole heart stealing business is done, simply because it’ll be much more fun to find out first-hand. What I will say is that each of these dungeons is wonderfully designed, ranging from castles to space stations and more, owing to the modern setting. I’m happy with the amount of time required to chart out each one too, calling for multiple trips as you balance risk and reward to inch closer to your destination. Can I also say that the track that plays during a heist, “Life Will Change”, is simply perfect? In fact, a huge portion of the soundtrack, composed by franchise mainstay Shoji Meguro, is worthy of a separate listen.

Moving back to dungeons, every location is unique not only in terms of visuals but also mechanics. The castle is straightforward with its drawbridges whereas the space station has you circumventing biometric scanners and airlocks. There’s even a pyramid, though what you’ll find inside belies its appearance. The final location is a little trying from all the minor backtracking you do, although none of the environmental puzzles are particularly challenging.

The same can be said for the rest of Persona 5. My entire playthrough was on Normal difficulty and I never found myself underpowered or at a disadvantage. My handful of deaths can be traced to overconfidence or an unlucky series of events, with only the final few bosses forcing me to frequent the item menu. That said, I’m well acquainted with the JRPG formula so feel free to experiment – the difficulty may be changed at any time.

In the interest of length, let me squeeze in one final section on combat for the benefit of newcomers. Each party member in Persona 5 has a melee weapon and a gun (with limited ammo) at their disposal, both of which count as separate attack types. The rest of their power stems from Personas, incarnations of their rebellious spirit, which serves as a conduit for spells and abilities. As each Persona has their own elemental affinity, the designers have carefully crafted the dungeons in a way that makes you routinely rotate party members. The benefit here is two-fold: mechanical variety and consistent exposure to the members of your team, circumventing the old JRPG problem where some characters never see the light of day.

The protagonist is an exception to the one-Persona rule, granting him immense strategic flexibility. Where the game goes on a delightful technical deep dive is with the way Personas level up, learn new abilities, and fuse. You may think of it as Pokémon, except fusion consumes both parent Personas (by way of a guillotine) with the child inheriting skills of your choosing. All this is to say that you can spend obscene amounts of time and effort to build an ideal Persona line-up, keeping in mind abilities, resistances, and statistic boosts. You don’t necessarily have to deal with it – just fuse for higher-level Personas if you only care for story – but this is a system that’ll happily enhance your experience if you can spare the time.

Persona 5 is proof that JRPGs still have that magic, weaving a tale of camaraderie, trials, and courage that we’ll look back fondly on for years to come. It’s a testament to how old turn-based systems can still shine in a modern context, and that it’s possible to have over a hundred hours of content and make it all feel meaningful. A few blemishes prevent the game from being a masterpiece but, even so, it reaches so damn close it might as well be mistaken for one.

Ade thinks there's nothing quite like a good game and a snug headcrab. He grew up with HIDEO KOJIMA's Metal Gear Solid, lives for RPGs, and is waiting for light guns to make their comeback.
Previous post Review – The Garmin Vivosmart HR is an ideal fitness tracker for beginners
Next post 30 Years of Legend of Zelda: The Evolution of Link