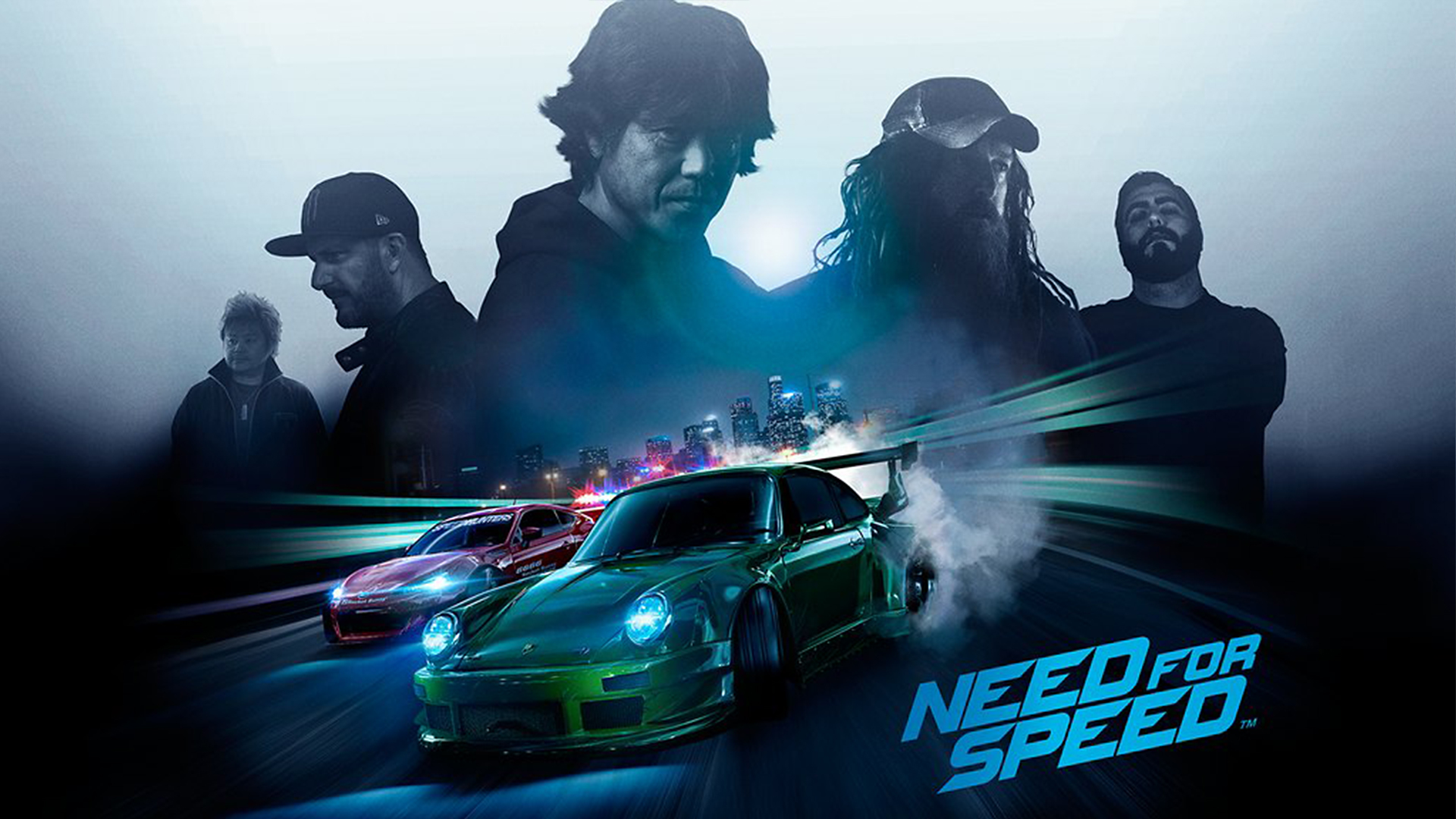 After a 21-year run Electronic Arts deemed it was time to reboot the Need for Speed franchise. The racing series has been immensely successful but recent releases have proved somewhat disappointing. Now firmly in the hands of developers Ghost Games, can the studio fulfill their promise of making Need for Speed 2015 the definitive experience?

Allowing die-hard fans to hold high hopes is certainly a gutsy move, so I kept that in mind as I drove to the first checkpoint. Need for Speed is an open-world game, set on the rain-slick streets of a Ventura Bay caught unawares during dusk and dawn. On first impression the game is a sight to behold, with car models believable enough for use in live-action cutscenes – that Frostbite 3 engine is no miser when it comes to graphical power.

Story, however, is a greater talking point when it comes to this reboot. Ghost Games worked closely with Speedhunters to shape a narrative all about meeting five real-word icons representing different play styles. Predictably you get there by building reputation out on the streets and you do so with the help of an entourage, one that seem like junior icons themselves.

The whole thing is chock-full of cheesy first-person cutscenes and can be fairly entertaining if you “switch off” and enjoy the ride. It gives off a strong The Fast & The Furious vibe, only with much friendlier characters. Unfortunately the game also forces you to sit through it all, with no way of skipping; it gets maddening when all you want to do is drive.

And so the golden question: How is driving? Considering the heavy expectations that comes with the Need for Speed brand, as well as Ghost Games’ promise of setting a new era for the franchise, my answer is simply that the driving could be better.

In an attempt to address a long-time dilemma, the developers sought to give players a say in how their cars handle. Earlier NFS titles were all about cars with grip, yet as the series aged it turned drifty in response to rising trends. Now, we get to determine where along the grip-drift scale we want to be. Except the implementation isn’t well executed.

As a “grippy” player I ended up settling for middle-ground anyway in the interest of progression. There are plenty of drift events – drifts remain satisfyingly easy to pull off, I must add – and having to tune my car in the garage each time became a major hassle when there’s no option of saving configurations. It compounds the whole cutscenes fuss, reducing the amount of time I actually spend racing.

This is less of an issue once you earn enough to maintain and upgrade multiple cars, which means players are going to have to tolerate playing the early-game in a car that may not respond in the way they want it to. Thankfully progress is pretty fast, so sticking to a single car and focusing on upgrades won’t leave you straggling behind in races.

As a reboot I had also expected to see manual transmission return. Its omission feels like a huge oversight considering how the story wades neck-deep in the street racing scene. Even so it would have been nice knowing that I could compensate for a poor corner, or that I wouldn’t be hamstrung by the automatic transmission at times. In earlier NFS titles you could drive in auto and temporarily override by shifting gears, so it’s not like it diminishes the simple arcade racing experience.

Handling aside, I find the always-online requirement to (once again) be completely unnecessary. It doesn’t add anything meaningful to the experience, and while randomly coming across other races is fun the first few times I soon realize that the novelty doesn’t persist when you’re in a race yourself.

Recovering from crashes isn’t too bad in Need for Speed, seeing how the A.I. conveniently slows down to let you catch up – nothing new to the series and it helps make the game enjoyable. The opposite is true as well, wherein cars in harder races suddenly enter warp speed to overtake you just because they can. At least you don’t fail a race if you come in anything but first place.

The streets are also a tad sparse for my liking, particularly when it comes to the police force. Encountering a patrol car out in the open occurs frequently enough, although the police don’t offer much of a challenge. One would think that a city with a street racing problem would have law enforcement that’s better prepared and equipped; alas, escaping is simply a matter of avoiding wide-open blockades and not crashing.

At this point it might sound like Need for Speed is a wreck. It isn’t, really. The problem here is we were told to come in with high expectations when the game just couldn’t deliver at that level. The races are still fun, the story has its moments, and getting customization back is a massive improvement over the last few games we’ve got, even though the choice are somewhat limited. If you’re coming into NFS after an extended break then this is the place to start.

Technically there were a couple of slowdowns out of the blue, along with a bizarre car crash involving a lamp post that I was nowhere near. Strange.

What all this feels like is a case of game being pushed out too early. Just as how Battlefield 4 and Destiny got better long after release, Ghost Games are onto something with this Need for Speed reboot. It needs more tuning, more customization, and a little more polish to truly become the game the studio envisioned. And please ease up on all the phone calls too, it’s giving GTA IV a run for its money. After that, who knows? It may really be the start of a new era.

Need for Speed is now available for PlayStation 4 and Xbox One, while PC will have to wait til 2016.

Ade thinks there's nothing quite like a good game and a snug headcrab. He grew up with HIDEO KOJIMA's Metal Gear Solid, lives for RPGs, and is waiting for light guns to make their comeback.
Previous post November’s PlayStation Plus Games (Updated for Asia)
Next post PlayStation Vita gets Civilization Revolution 2 Plus on 3 Dec