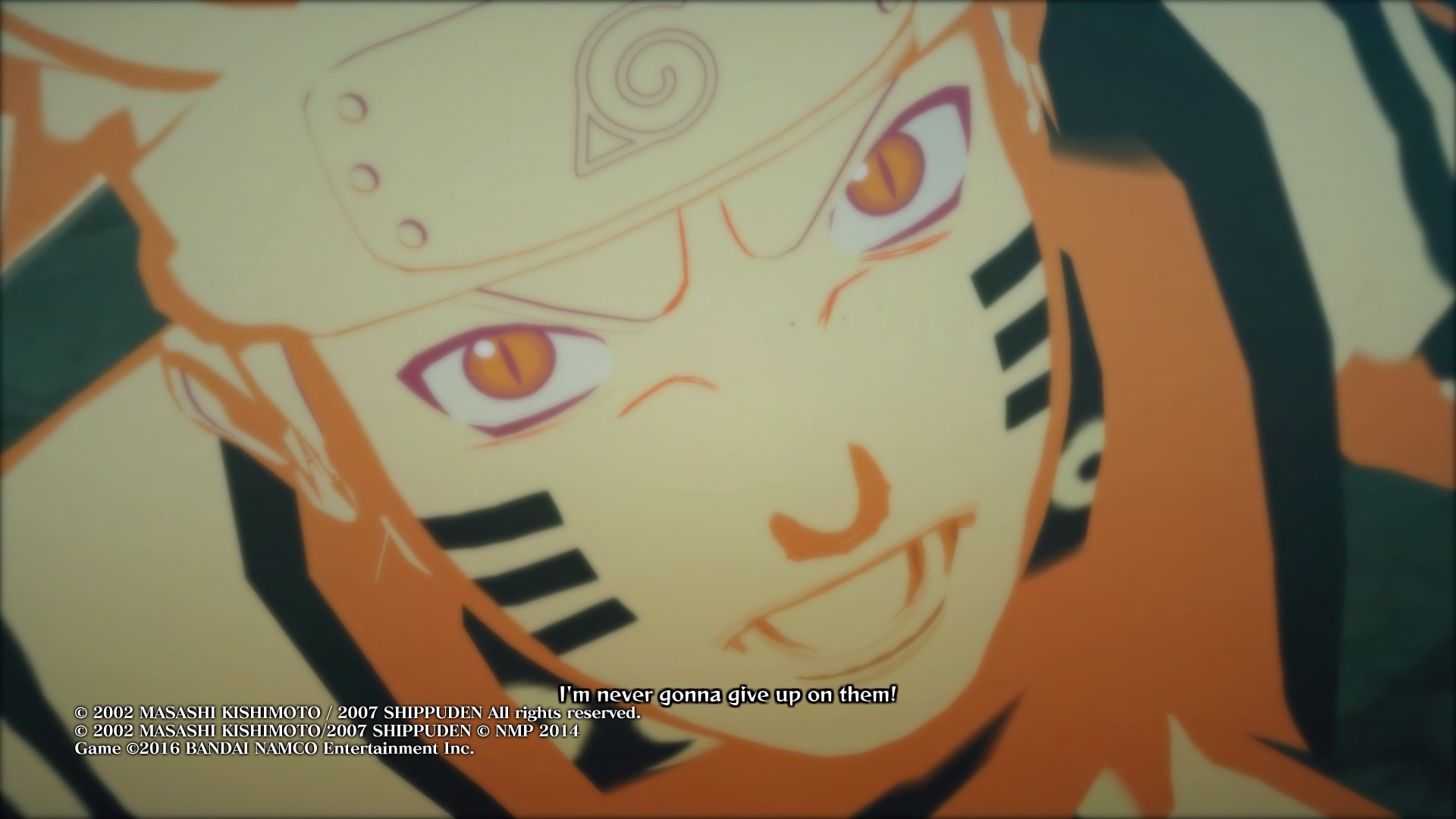 Naruto Shippuden: Ultimate Ninja Storm is a series that spawned from the many Naruto videogames stretched across generations of consoles and platforms. While this is the fourth iteration of the Ultimate Ninja Storm series, some may point out that there were other titles released in between, and playing in chronological order is advised.

Current generation console owners should be delighted to welcome Ninja Storm 4 since past titles are not yet remastered, and this title includes the final arcs of the official storyline. Even if you have already watched the entire anime collection, there are many good reasons not to ignore Ninja Storm 4.

The menu is streamlined into various sections:

Story Mode highlights crucial events from the Naruto story arcs, but the limelight shines brighter on incidents involving Naruto and Sasuke. They are to be cleared in succession before the next node can be unlocked. Before playing a chapter, there is a helpful pointer on the estimated minutes to run from start to finish, inclusive of cutscenes. Most of them lead to bouts, either one-on-one or team based. Be mindful of the time though, as a few of them lasts more than 20 minutes!

Though not a healthy habit, I had grown accustomed to having snacks and soda nearby when playing this game, as some of the cutscenes can be a little lengthy. They are fun to enjoy even if you already know the plot. However, there is no clear instruction to pause or skip them; the way I discovered was upon taking screenshot, which triggered a pop up menu. I especially enjoyed the final battle where Naruto and Sasuke fought to the end. At the point of exhaustion when Naruto struggled to strike, the game disconnected my controller! It couldn’t be battery issue because my controller was connected via cable all the time. If this mechanic was intended, I thought it was clever.

Battles during Story Mode are fluid and flashy, and the three-dimensional arena demands the player’s concentration because you and your opponents can dodge and attack from many angles. With Substitution Jutsu, a basic ninja art which allows the character to teleport behind the opponent, those less dexterous with the controls can lose their bearings. When you add all the other jutsu arts, there are dozens of stuff to employ and evade, and some can be boosted with the right environmental elements, such as casting Lightning Release Jutsu when your opponent is on water. A much welcomed revision is the ability to switch to another or more support characters and continue the fight. Previously, they appear briefly for a limited time or effect.

Casual players may see poor ratings in their early scores, but they can replay for better scores and unlockable items. Trophy hunters will aim to attain S rank in many of these battles, and they may take a while to achieve. Don’t worry about losing, as the game always resurrects you with an option – to return to the battlefield with either heightened defence or attack rates. This is much welcomed to the casual player but when you’re an intermediate gunning for perfection, going through the motion of resurrection involves precious seconds. All this adds up in consuming your valuable game time.

When executing epic moves, watch out for QTE (quick time events) buttons. They range from single button presses to successive ones. Missing the right presses has no immediate penalty but may lead to reduced effects and lower scores, and less prestigious item unlocks.

Unlocked only upon completing the story, Adventure Mode allows you to explore flashbacks. Set on multiple mapped areas, your character can roam, interact with non-player characters and trigger memorial battles with past characters.  The experience is largely conveyed through texted verbal exchange and still images instead of full-voiced dialogue and elaborate cutscenes. As such, the mood is somehow lost. I miss the extensive free-roam in Rise of a Ninja back in 2007. In that game, the side quests and mini-games didn’t have to be always Naruto-ish. I recall having fun sprinting around collecting items and jumping on rooftops.

Collection allows you to review the items you’ve amassed from all these playthroughs. There are many items to earn to satisfy hardcore fans, but completing them takes time. Perhaps the most interesting is Ninja Treasure Exchange which allows you to trade in items for costumes.

An easy way to get more is by simply logging in daily to Online Battle, giving you bonus items generously. There are also three levels of Limited Time events to test your proficiency. Free Battle allows you to customise head-to-head clashes between specific characters and is a great way to kill time during short breaks. You can also customise characters to your preference.

Ninja Storm 4 is a concise package for casual and hardcore fans of Naruto anime. Those looking for more will have to hunt for previous releases on past-generation consoles, or wait for remastered versions. At least now I know the difference between Rasengan and Rinnegan, and I look forward to seeing Boruto and Sarada in their own video games one day.

Naruto Shippuden: Ultimate Ninja Storm 4 is developed by CyberConnect2 and published by Bandai Namco Entertainment for the PlayStation 4, Xbox One and PC. A PlayStation 4 digital copy was provided for review.

Neezum has been exposed to many videogames since the '90s. Nowadays, he tries to juggle his passion amidst other commitments with a wife who doesn't share the same hobby.
Previous post Overwatch Hands-On SG: The day we all got to be heroes
Next post Grab a PlayStation VR this October for US$399