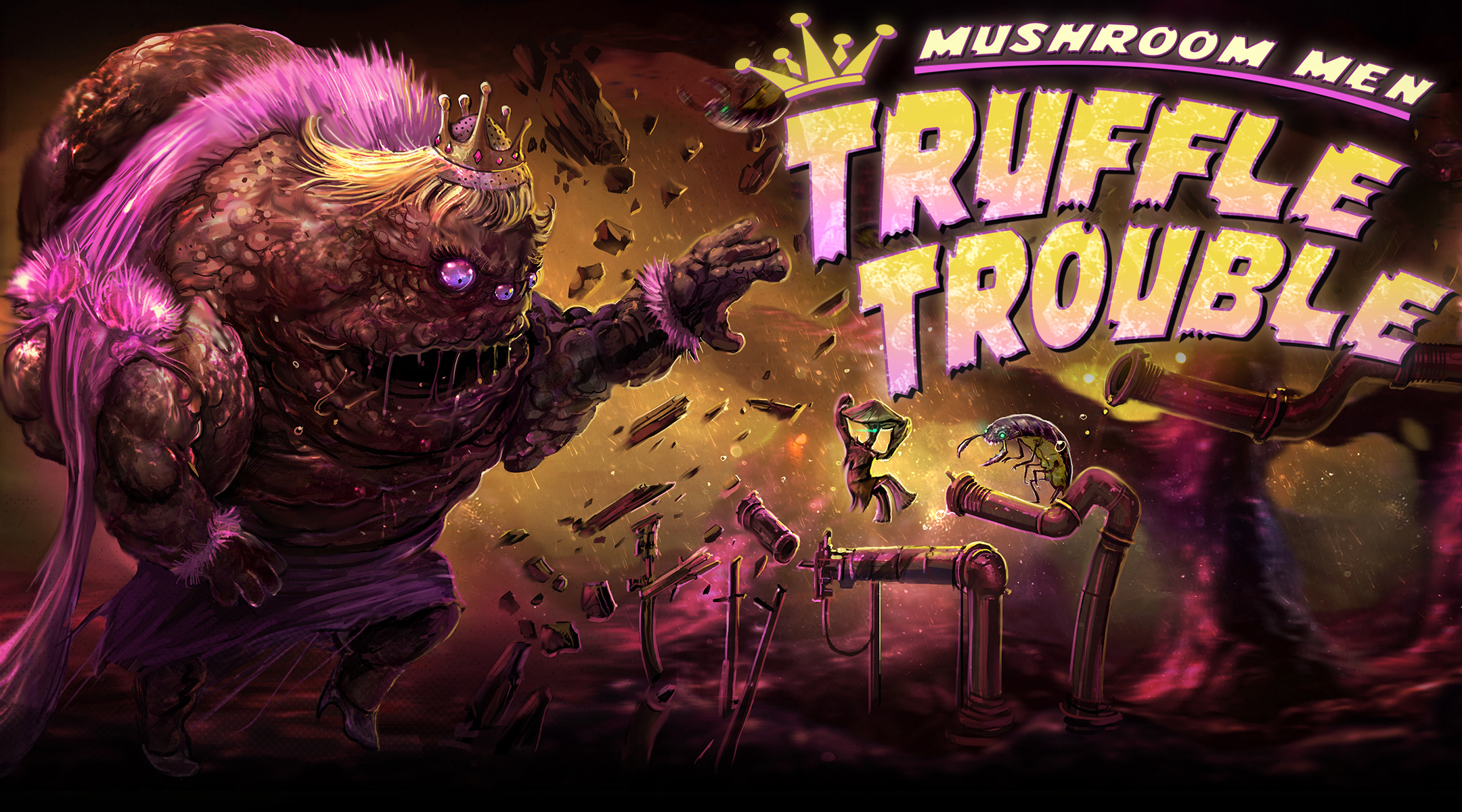 Truffles conjure up images of haute cuisine and huge wads of cash. Basically, these fungi delicacies are something most people eagerly wander towards. In Red Fly Studio’s Mushroom Men: Truffle Trouble, we wind up doing the exact opposite.

Honestly, you can’t blame Pax, our little mushroom protagonist. The trouble begins when a love letter from the Truffle Princess comes landing outside his home. Borne upon a heart-shaped note and full of phrases best reserved for pets — “Dear Paxxy-poo…” — it had enough going for it to raise concern. The developers clearly had more in mind, giving her an unpleasant voice and art direction to really get those flight instincts kicking in. Shaken, Pax turns in for the night and, expectedly, has a series of nightmares.

Mushroom Men: Truffle Trouble is a 3D side-scrolling, puzzle-platformer — a tough genre to break into. We’ve got the usual jumping and climbing and, every so often, a navigational obstacle that requires players to shift blocks around. Then there are the hostile creatures that infest every level, calling for a well-timed jump or ground-pound.

The increasing difficulty and varying environments are all expected of the genre, so what sets the game apart is the chase. A towering Truffle Princess is always hot on Pax’s tail (unless played on the Easy difficulty) so players don’t have the leisure of shifting blocks contemplatively. While a trivial presence initially, she starts becoming a threat after unlocking Pax’s spider form, roughly an hour into the game. The sudden pressure turns Truffle Trouble into a thrilling escape, one that requires both dexterity and a quick mind.

Of the four unlockable transformations — ghost, spider, moth, and mole respectively — I found the first to be the most useful. Sure, the others let me scamper across walls or fly across chasms, but those few seconds of invisibility are invaluable once the Princess catches up. It’s no guarantee of an escape, though I’ll gladly take a fighting chance over an immediate loss.

To transform Pax must first fill a meter, either by collecting spores along the way or defeating certain enemy types. They’re best saved for the right moment, which generally tends to be level-related later on. It’s frustrating whenever I find myself stuck not because of a challenging puzzle, but because I spent my meter a few screens too early. While restarting levels is pretty common, these mistimed situations feel completely unnecessary.

A mention has to go out to the soundtrack, which surprisingly reminds me of Crash Bandicoot. There’s such a lively, rhythmic thump to it all that I was half-expecting coconuts and Mojo masks to appear. Unfortunately the level design has little to do with the untamed wild. Where Trine gave us a fantastical world to explore, I was hoping Truffle Trouble would give us a gritty, muddy alternative. Alas, we’ve been given a dream world, transformations, and plenty of blocks instead.

I also have to point out that I got stuck in the environment a few times, particularly when speeding across a level. It can be Pax clipping into a block and getting stuck, or getting shot from a cannon and landing inside the ground. The bug isn’t common enough to be annoying but it’s certainly noticeable, at least in my experience.

Ultimately, the gameplay doesn’t offer enough to make Mushroom Men: Truffle Trouble a “play now” title. Most of the features have already been featured heavily in other games and they don’t get a radical revamp here. That said their implementation is fine, and Red Fly Studio’s spin on time limits is undeniably memorable, if not a little grating at times. Those looking for their next challenge or puzzle-platformer would do well to consider this forlorn love tale as part of the line-up.

Mushroom Men: Truffle Trouble is a puzzle-platformer developed by Austin-based Red Fly Studio, available now for PC on Steam. A copy was provided for this review.

Ade thinks there's nothing quite like a good game and a snug headcrab. He grew up with HIDEO KOJIMA's Metal Gear Solid, lives for RPGs, and is waiting for light guns to make their comeback.
Previous post Review: Shiftlings (PlayStation 4)
Next post April’s PlayStation Plus Brings Tower of Guns, Aaru's Awakening