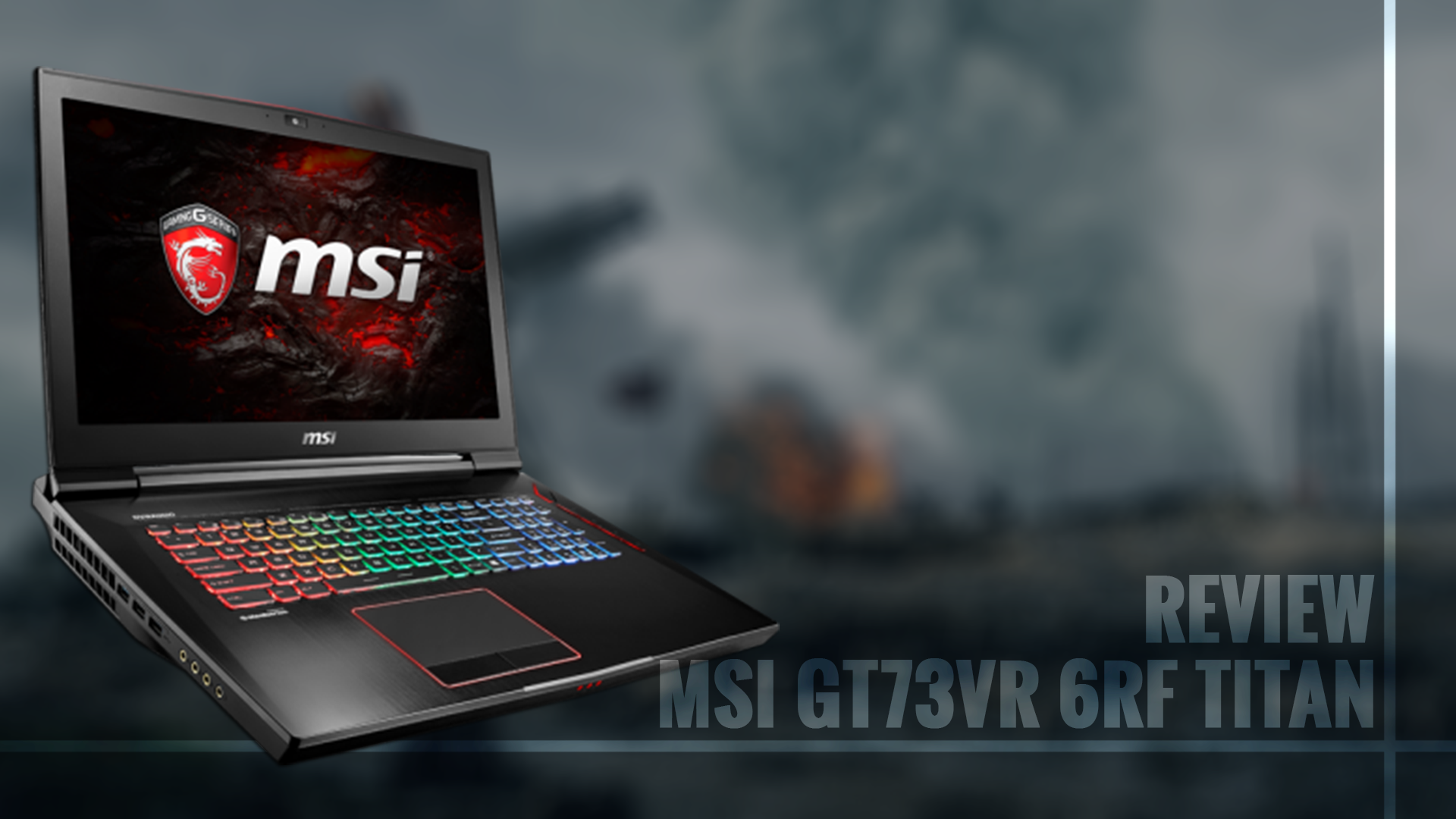 Last year’s unveiling of Nvidia’s latest mobile GPUs opened the doors to a whole new realm of notebook gaming, offering performance comparable to their desktop counterparts. So what happens when all the other components are high-end too? That’s an answer the MSI GT73VR provides.

Why not a desktop?

Here’s a little preamble. Ideal as they are, a desktop PC is a huge space investment. Whether they’re on the ground or on a table, their footprint alone doesn’t account for the extra space needed for a monitor and peripherals. That’s not counting the fight over power sockets, which may be shared with gaming consoles or, God help you, a passive speaker set-up. Did I mention printers and actual desk space for, you know, paperwork?

Enthusiasts are going to roll their eyes – cramped or not, they’ll make it work, and the price-to-performance ratio they’ll reap will be tremendous. But the fact that desktop replacements continue to exist shows that there is a market for neat, simple, all-in-one solutions. And while they aren’t exactly portable, they’re certainly less of a hassle to transport than a mini-ITX build.

So where does the MSI GT73VR Titan stand? Amongst the very best of them.

The CPU is easily boosted to 3.6 GHz should one need the extra power. Overclocking both the CPU and GPU is straightforward too, adjusted via sliders in the MSI Dragon Center app.

The combination of high-end components makes any game you run on it sing. If if’s rock-solid 1080p 60 FPS performance you’re after then you won’t be disappointed; you won’t even have to adjust any settings. It comfortably ran modern games such as the open-world Grand Theft Auto V, first-person shooter Battlefield 1, and real-time strategy Civilization VI while looking their absolute best. Naturally, the rig was overkill for less demanding titles such as Overwatch or World of Tanks.

Matters change somewhat once we raised the bar to either 4K or 120 FPS. While the MSI GT73VR can hit those targets, this is where tweaking on a per-game basis is going to come in. Even then, you’ll have to keep reasonable expectations – the games that you’ll struggle with will be the same ones giving equivalent desktop builds a hard time.

Packed with features on every side

The MSI GT73VR has no illusions over who its target audience is: gamers. The build is tough and huge yet not necessarily gaudy. Brushed, black metal coat the lid and body, accented by streaks of red. Intake vents can be found all along the bottom, while a massive pair of rear exhausts hints at the powerful hardware within. 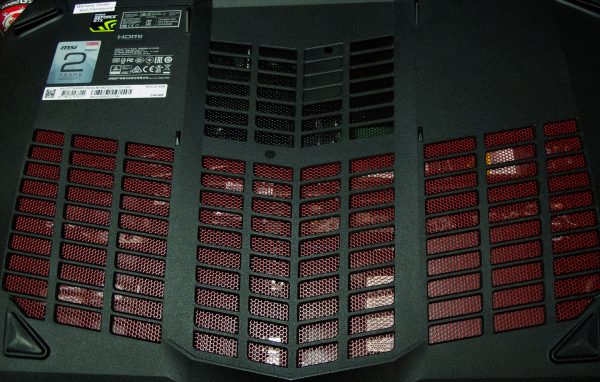 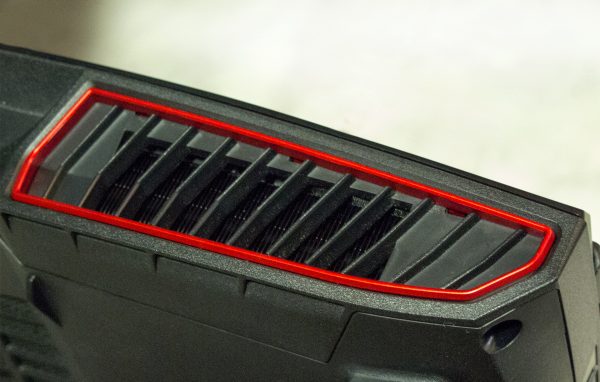 Its only indulgence with color is the backlit keyboard and a thin LED bordering the trackpad, both linked to custom profiles managed by SteelSeries Engine 3. The anti-ghost chiclet keys are comfortable to use but, for some reason, they sit level with the rest of the body – a curious aesthetic decision, considering how most laptops have the keyboard slightly recessed. We didn’t dwell on it much but the trackpad is amazingly responsive too, at least when it comes to browsing folders and the web. 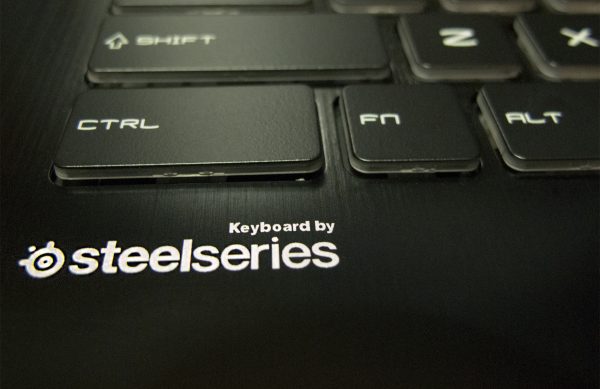 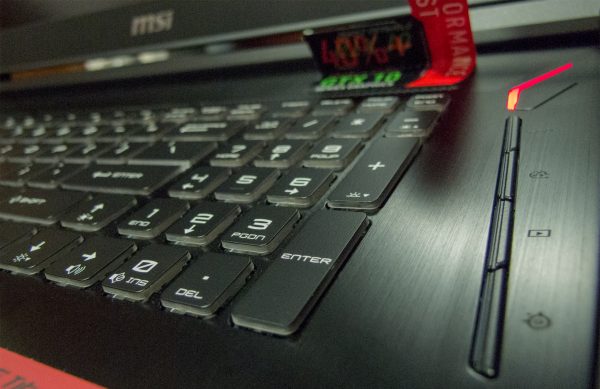 Of greater interest are the physical buttons sitting to the right of the keyboard. Starting from the top, we have the power button, a switch between onboard and discrete GPUs, a button for MSI’s exclusive Cooler Boost, a button to launch XSplit, and a button for SteelSeries profiles. Out of the four, only switching graphics cards will require a system reboot. 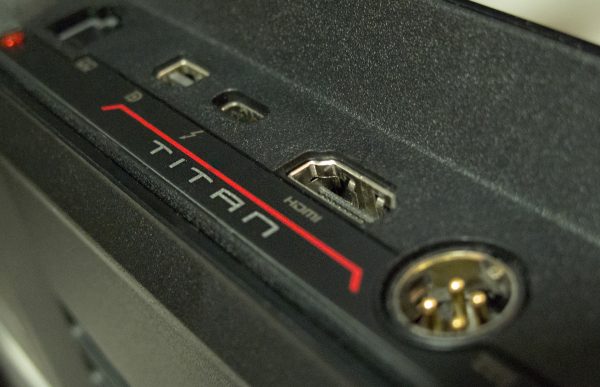 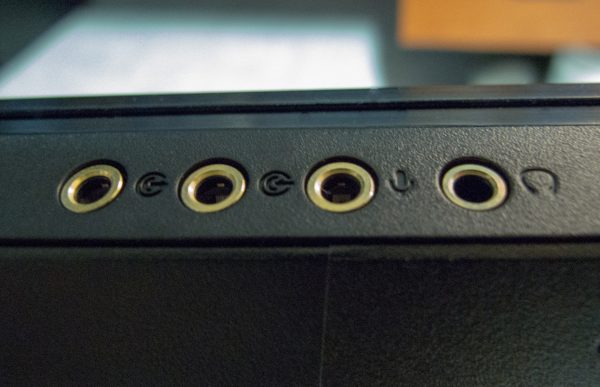 Along the right side are two USB 3.0 ports and an SD card reader. On the left are audio jacks for a headphone, microphone, line-out, and line-in, as well as another three USB 3.0 ports. Rounding things off are an Ethernet port, a mini DisplayPort, a USB Type-C Gen2/Thunderbolt 3 port, an HDMI port, and a power socket on the back. The inbuilt webcam captures 1080p 30 FPS footage. 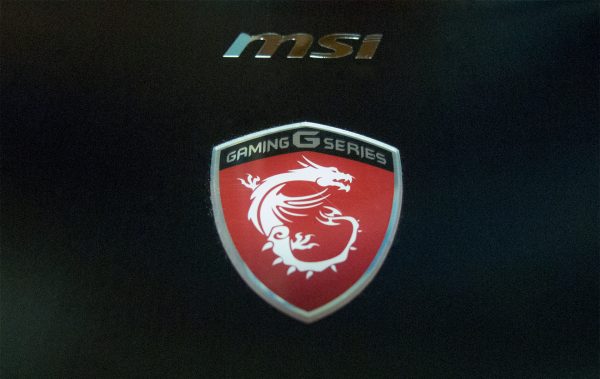 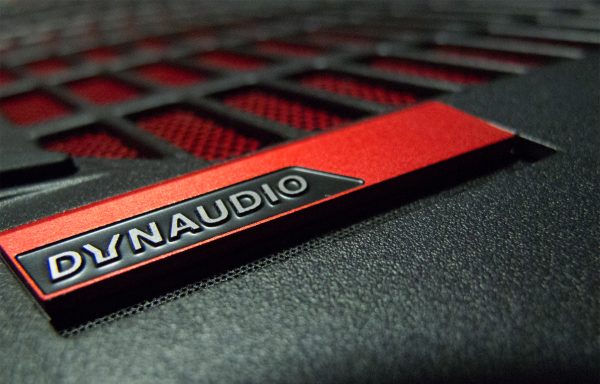 Wireless connectivity includes dual-band 802.11ac with MU-MIMO (via a Killer Networking card) and Bluetooth 4.1. A pair of front-facing, three-watt speakers can be found on the bottom, accompanied by a five-watt woofer – they sound good as far as laptop speakers go, though I recommend taking advantage of those audio jacks and USB ports.

On the software side is MSI’s Dragon Center app, a system hub of sorts. Here we get easy access to programs such as SteelSeries Engine 3 and MSI True Color, which lets us switch color profiles (blue filter and Adobe RGB included). A system monitor tab provides essential information on a single page, whereas other tabs let you tweak settings such asLED backlights or CPU and GPU clock speeds.

I mentioned earlier how desktop replacements are far more convenient to lug around than a mini-ITX computer. Let’s get into that a little.

The MSI GT73VR weighs 4.1 kilograms while the hefty power brick comes in at under 1.5 kilograms. As for dimensions, it’s listed as 428 x 287 x 49 millimeters. Everything fits into an appropriately sized daypack, including a mouse and whatever else one may need. Not entirely comfortable for daily travel but certainly manageable and fuss-free for the occasional trip.

That makes the MSI GT73VR ideal for pseudo-LAN sessions or at even gaming events – in fact, a recent press preview used these same machines for an upcoming title. And since it packs a GTX 1080 with the appropriate display ports, it’s a perfect mobile virtual reality station as well.

The one, single concern I had was temperature. Notebooks are notorious for heating up fast during gaming, wearing down core components faster. In that regard, the switch between onboard and discrete graphics comes in handy, cutting down the need for a large GPU idling and raising temperatures (restarting is a breeze thanks to those SSDs) when not in use.

When gaming, the MSI Cooler Boost comes into play. That’s when the GPU and CPU fans kick into overdrive, putting those massive exhaust vents at the back to full use. And it performs dazzlingly, cutting temperatures down from 70 to 50 degrees Celsius in mere minutes. If that wasn’t impressive enough, those temperatures stayed in the 50 range for the entire session!

The trade-off here is that they’re incredibly loud. I’m talking loud enough to hear from the other end of an apartment at midnight. It makes late-night gaming completely out of the question if in a shared room. Forget voice chat, too, until you pick up an active noise-cancelling microphone.

The MSI GT73VR 6RF Titan Pro is an excellent choice for unwavering 1080p 60 FPS performance, with the capacity to reach higher resolutions and frame rates. It has everything the modern gamer needs for 2017 and beyond, whether it’s to play the next AAA release or to dive into the new worlds of VR. More powerful variants exist though they beg the question: what for? Unless you have specific, professional requirements, the 6RF is going to serve you well.

Its only setbacks are its bulk – in a time where the impossibly slim Razer Blade Pro exists – and the startlingly loud fans when Cooler Boost its on. There’s also the matter of the steep price tag. While understandable given the hardware ticking within, it places this machine beyond the reach of most gamers and into the realm of premium options. Are they deal breakers? That’s something only you can answer. 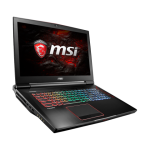 Ade thinks there's nothing quite like a good game and a snug headcrab. He grew up with HIDEO KOJIMA's Metal Gear Solid, lives for RPGs, and is waiting for light guns to make their comeback.
Previous post Overwatch will have Chinese New Year event
Next post Resident Evil 7 will be the first 3rd-party game coming to Xbox Play Anywhere