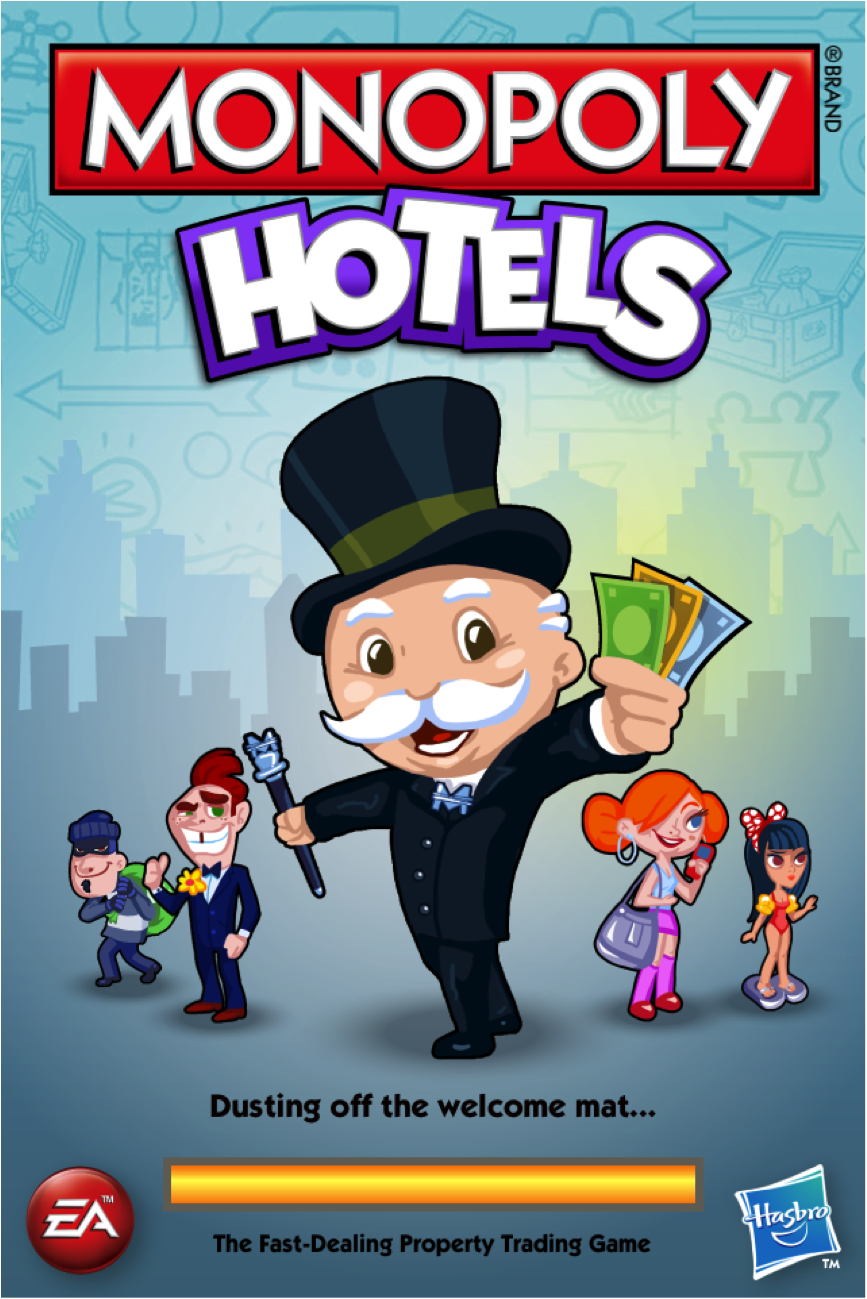 Mr Monopoly sure is moving with the times. Not only has he had the sense to tie his game up with profitable franchises (Star Wars, Pokemon…), he’s also had the foresight to get his feet wet in the mobile game business.

Monopoly Hotels by EA Mobile brings you into the heart of the game’s notorious hotel business: it of the plastic red behemoths that loom over every expensive street in the boardgame. The single-player social game lets you buy, build, and manage hotels of your very own. Work hard enough, and you’ll be able to own the entire street as well (which is not a difficult task considering you have no competition).

Don’t get your hopes up for full Sims style interior decorating or control of the game, though. Monopoly Hotels is more pet breeding game than management sim, so your customisation options are limited.  Though you can prettify the sides of your building and choose what rooms you’d like to have in it, you don’t actually get to go down to the nitty-gritty of hotel management. You’ve got to build rooms and attractions for your hotel, sure, but these rooms come with their own permanent guests.

Given the art direction of the game, it’s completely reasonable. Monopoly Hotels is a fun spin-off from its big brother boardgame Monopoly, which, while possessing a modicum of realism, doesn’t quite take itself very seriously. Monopoly is a fun version of real estate management and corporate success, so it makes sense that Monopoly Hotels should follow in its footsteps. However, it sometimes feels like the game is too devoid of action.

After setting down rooms to build and cranking up the electricity in the next door power plant (so your lights don’t go out), there’s little else you can do apart from catching the dollar bills floating down from the sky. Yes, instead of simply allowing your passive income to tick, Monopoly Hotels has decided that you should work for your keep. At set intervals, each room you’ve built up also delivers their rental to you, so you can keep on building more rooms.

As with most social game, Monopoly Hotels has both in-game currency and real-world cash options. Rest assured, however, that you can play this game without spending a dime. Though the cash option is hard to come by via the game, you only really need it to purchase special rooms or decorations. In-game currency generated is more than sufficient for you to save up and purchase anything from a white-railed balcony to a room with Rainbow Dash. Yes! Because Monopoly belongs to HASBRO, it gets to dip its fingers into all of the brand’s other IP, the least of which is My Little Pony.

These special rooms and characters are what give the game its longevity, because who doesn’t want the Mane Six prancing about in their hotel, right? At the very least, your hotel guests’ antics will keep you entertained while you wait for your next hotel to finish building.

Monopoly Hotels was developed and published by EA Mobile for the iOS. It is free on the App Store.

Previous post Heart of the Swarm Confirmed For March 11 Next Year
Next post World Of Warcraft: A Love Letter to Azeroth Part 2