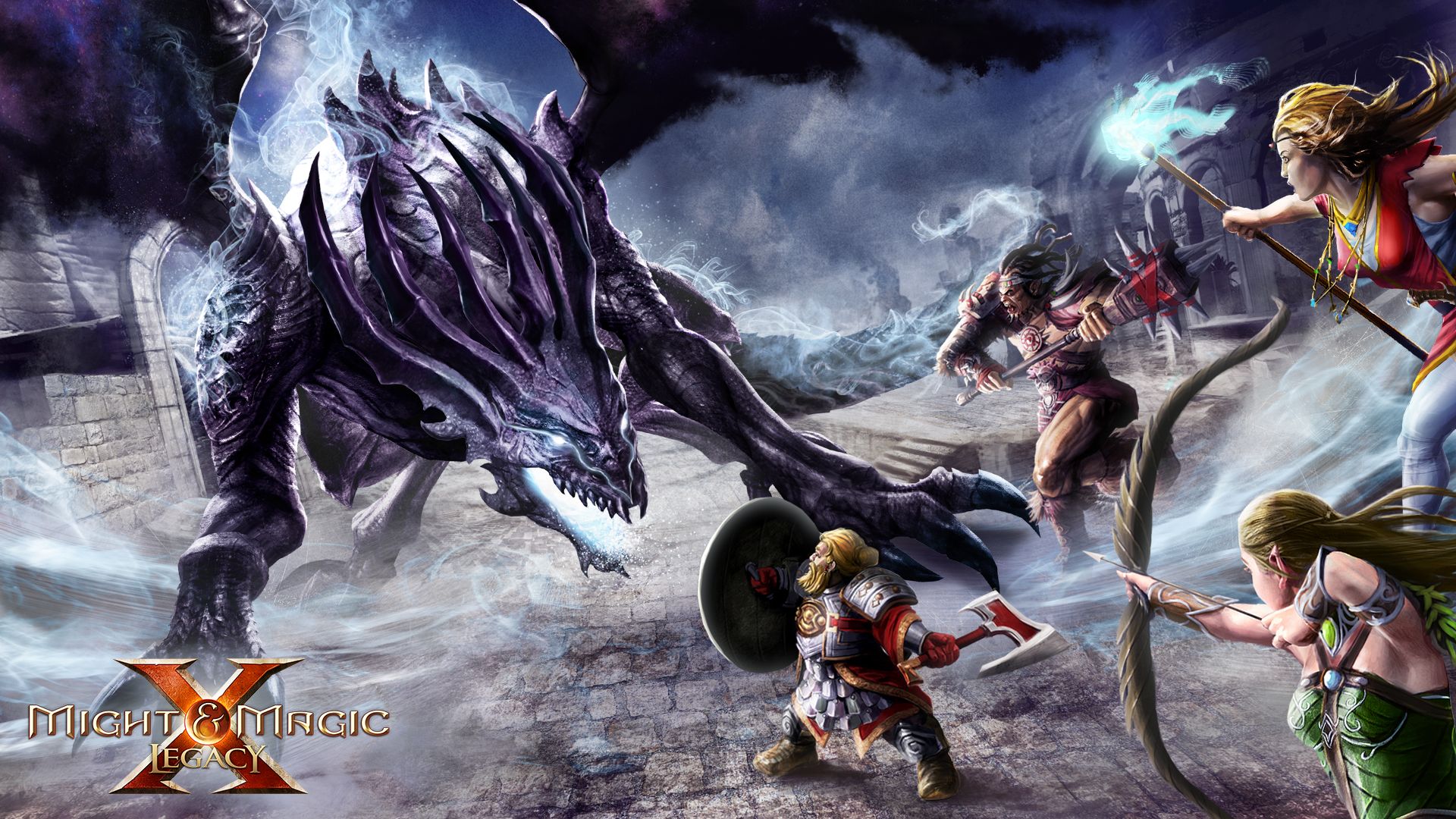 Single-player RPGs have gotten so fast that returning to a dungeon crawler feels bizarre, yet crawl is exactly what you’ll do in Limbic Entertainment’s Might & Magic X: Legacy. You’ll fight for every tile, coin and treasure you come across and you’ll walk away bruised and battered, inches from death – only to rest up and do it all over again.

While Ubisoft has done interesting spin-offs since acquiring the license in 2003, this is the first time they’ve tackled the main series. Like any reboot, Might & Magic X has to choose between attracting new audiences and appealing to fans.

And the end result?

This is as old-school as it gets, with grid-based movement and turn-based combat. If you’ve ever played Legend of Grimrock then you know what you’re in for, except the Might & Magic brand is known for their world-building and open areas.

Coming to grips with the game’s pacing will be the biggest hurdle for newcomers. There’s no regenerating health or mana so expect lots of downtime between battles, either resting or trekking back to resupply.

Combat is quite challenging too, in the sense that poorly-made parties will suffer. I breezed through the first few hours but once elite enemies and ambushes grew more common I did two things. The first was to restart with a better party, and the next was getting familiar with the quick-save key.

Still, half of those fights burn through potions and supplies (consumed when resting), in turn necessitating more trips back home. The game doesn’t care if you’re already three-quarters done with a location, either. It’s fun for the first couple of hours – you feel like a mortal character and not some demigod messiah – but turns into a chore once larger areas become available in Act 2. Thankfully there’s a spell much later in the game that allows teleporting to marked locations.

In fact, new players may want to read up on some general guides before starting, as party balance and character builds are two vital factors to your success. And since feedback for poor decisions only kick in after a number of hours (as compared to action games like Dark Souls), the trial-and-error approach would be nothing short of frustrating.

For the veterans, Might & Magic X sits in an interesting spot. The series officially ended with the closure of 3DO yet here we are, twelve years later, with another entry. While you could consider this a reboot, the game itself follows the events of Might & Magic Heroes VI so there’s no retreading of old material here.

There are smatterings of modern improvements, such as the skill-levelling system (pictured above) and a shared inventory, but the game has also lost some of its complexity, for better or worse. Take the character creation for example, which isn’t as freeform as one might think. We get to assemble a party from a pool of four races and twelve classes, with little room to further customize.

In fact, I found very little use for ranged combat. Due to the game’s heavy reliance on corridors and ambushes, my melee fighters saw great value per turn while my casters focused on keeping everyone alive. There are instances where you get to let arrows and bolts fly but it’ll ultimately boil down to a face-to-face standoff.

Combat aside, the whole Might & Magic X experience slowly dwindles over time. The story itself, a retelling of your group’s rise to fame, lacks the sense of wonder that the introductory cinematic sets us up for.

Other than the same narrator chiming in at opportune moments, most of the exposition is delivered via the NPCs you meet. This would have been perfectly fine were it not for the poor delivery. The voice acting is bad – you’ll be thankful when even your own characters shut up – and interactions with others becomes something done only when necessary.

I mentioned earlier how the mechanics make you feel like a regular, mortal adventurer. That makes the feats you accomplish even more amazing but nobody really cares. Never mind getting blessed by the gods and removing a local threat, we have another quest for you to do. It all starts to feel very linear and routine.

That said the world-building is superb. There’s an expectedly rich lore behind a series this old, with plenty of books to discover and read; no rewards for doing so but it’s a fun distraction nonetheless, where topics range from history to sea shanties.

Minor sidequests include collecting tea for a Naga you rescue and helping an astronomer reach an observatory. Then there are the puzzles, some of which left me scrambling online in search of hints. It’s these little, often funny things that helps make Might & Magic X bearable at times.

I say bearable because the game’s technical performance is all over the place, resulting in huge variances in frame-rate. Optimization issues haunt the release and the consensus is that this will run best on a gaming desktop with an AMD card. The fault seems to lie in an incompatibility with Unity’s engine and Nvidia cards (as of time of this review), while things get even more random where laptops are concerned. Strange considering we’re talking about a turn-based game, but the performance clearly suffers..

When the credits rolled I had very little desire to start again and this, to me, sums up Might & Magic X: Legacy. Most RPGs normally leave me excited to try out different characters, make different choices or just find all the content I missed. Not so much with this one.

Should you pick this up? Eventually. There’s enough here to give any old-school fan a strong dose of nostalgia, though not enough for me to recommend an immediate purchase. New players interested in dungeon-crawling should consider Legend of Grimrock first and get Legacy afterwards at a discount. If it’s Might & Magic you want then the Heroes series or Dark Messiah would be great, modern alternatives.

MIGHT & MAGIC X: LEGACY (PC)
THE VERDICT: TRY IT

Might and Magic X: Legacy is developed by Limbic Entertainment and published by Ubisoft, available now for Windows PC.

Ade thinks there's nothing quite like a good game and a snug headcrab. He grew up with HIDEO KOJIMA's Metal Gear Solid, lives for RPGs, and is waiting for light guns to make their comeback.
Previous post Elder Scrolls Online Justifies Monthly Fee
Next post Air-craft Grade Aluminium NES Announced