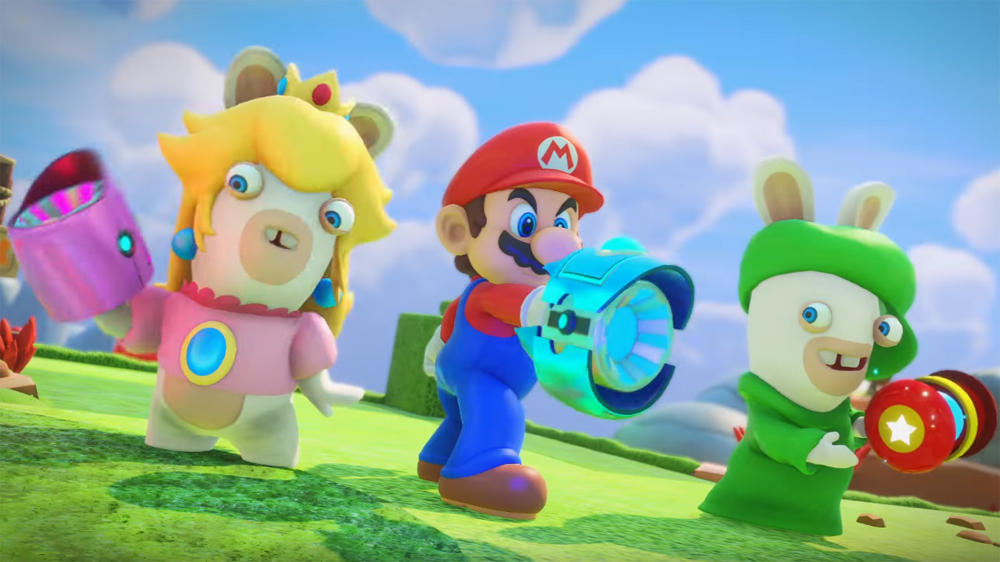 Featured at E3 2017, Mario + Rabbids Kingdom Battle has you clamoring for more with its larger than life characters and beautiful visuals. The unlikely hero Beep-O (an AI powered device that serves as your guide in the game), Mario, taking-cosplay-very-seriously Rabbids and a series of well-loved characters from the respective franchises team up to catch a rogue Rabbid who can transform its kind into evil villains. Combined with puzzle solving, the game gives strategy lovers many reasons to take the plunge for it. You’ll start off with Mario, a Rabbid-cosplaying Peach and Luigi to go through a series of beginner-friendly stages, which will subsequently unlock the real Peach, Yoshi and more cosplaying-Rabbid friends along the way. They each come with their respective skill trees and weapons, and it’s highly recommended to tweak your skill tree accordingly to fit the mechanics of a match. For the matter, the skill trees are extremely straightforward to understand (this game is targeted at the younger audience too). In fact, it’s very possible to stick with the default team combo that you have started right from the beginning till near the end game. The game also emphasis heavily on your characters’ firepower, and certain weapons give a higher percentile of pushing opponents away or giving them damage over time. So, players will do well to focus on this aspect of the game. Unlike the tough as nails XCOM series, Mario+Rabbids is a more accessible game. It’s challenging, yet not frustratingly punishing like the former. At the very least, it’s ‘easier’ to hit an enemy here. It may not steamroll you through the stages, but the standard mixture of Mario, Rabbid-Peach, Rabbid-Luigi, Rabbid-Mario and Luigi does a good job of getting by the objectives. There are four worlds in total and plenty to explore about. Players just need to take great heed that certain stages have various kinds of objectives, such as eliminating all targets, or getting one character across to a certain area. If you are unable to complete a stage just click on the Easy mode instead. It is advisable to also strategize beforehand as a wrong move could change the tide of the game.

What I found frustrating is the camera’s awkward positioning during gameplay especially for stages with a ton of blocks, or large stages that are time-sensitive in nature. When it comes to scouring for treasures, it would be best recommended to really comb through each nook and cranny to uncover the Easter eggs too. Oftentimes I found myself squinting very hard at the smaller Switch screen to find hidden spots and treasures so connecting your dock to a TV or monitor might work better. In terms of plot, the game has drummed the storyline up rather well with little anecdotes dropped here and there, that ties in well with the Rabbid’s quirkiness. Bizarre characters aside, the premise worked well with the actual star of the show, Beep-O, who is struggling to get the converged worlds back in order. Each character displayed charming attributes, especially that of Rabbid-Peach (which you’ll completely understand why much later in the game). The unlikely collaboration of Rabbids and the Mario characters were merged so unbelievably well, it left some room for wondering if other like-minded collaborations with Nintendo could work out the same. Given the amount of weirdness and absurdity that went into the game, one would say that the pop cultural references in the game was overflowing. To conclude, the game is a great fit for tactical game lovers and Nintendo fans – there’s nothing much to disagree with the Mario + Rabbids Kingdom Battle universe that covers both the tactical and strategy genres well. But first, you’ll have to get used to the camera’s troublesome mechanism, that makes it difficult to uncover Easter Eggs and other treasures laid hidden around the maps.