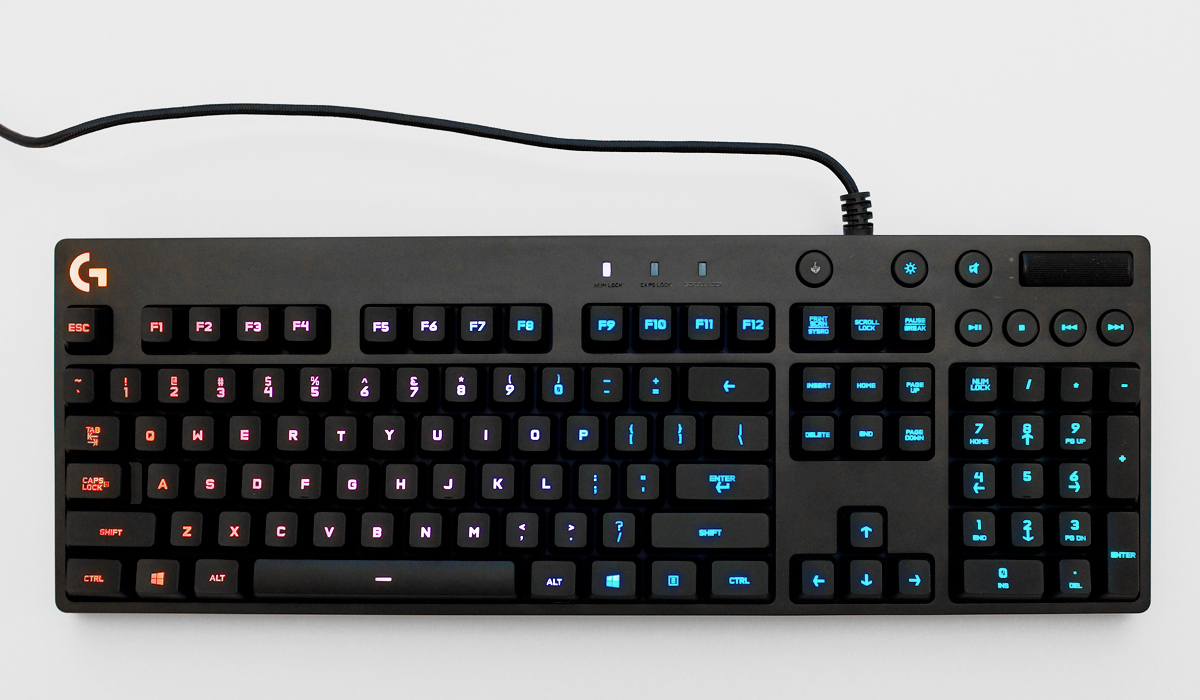 The Logitech G810 Orion Spectrum RGB Mechanical Keyboard – is the name length necessary? – is sensible and surprisingly slick in its scaled-back design, ticking a lot of boxes that make a gaming keyboard great. It may not have been love at first mash for me, but in time, I’d grown to like its uniquely squishy keys quite a bit; it does almost enough for me to give up my old clicky companion forever.

Keypress-feel and looks aside, whether the G810 is right for you boils down to your tolerance for accidental execution and if you’re willing to let it slide in favour of speed. Mechanical keyboards are such a subjective experience, so I’ll do my best to try and break mine down for you.

The Basics
As a more modest version of its bombastic brother the G910 Orion Spark, the G810 Orion Spectrum stays focused on performance, retaining just enough frills to compete with the other similarly priced pulsating rainbow mech decks in the gaming segment. It’s the third Logitech keyboard to utilize their exclusive Romer-G mechanical switches, which claim to offer “25% faster actuation than standard mechanical keyboards”.

A quick unboxing process will reveal one full-size keyboard which has:

Also in the box you’ll find warranty information, a user guide on how to plug in your single-USB keyboard (uh, thanks, Logitech?) and where to download the software so you can begin satiating your control-freak tendencies.

Design
It’s impossible to avoid the word minimalist here. When it comes to design, it’s the buzzword of modern times, but among gaming’s RGB keyboards, the term rings true for the G810. The surface is smooth and matte, keycaps are conventional (compared to the G910) and clean, and when connected to a machine, each block letter is centrally lit without leakage, like it was hermetically sealed inside.

With its solid frame cut close to its keys, the G810’s footprint is smaller than most full-sized keyboards, even though it’s not light and the actual real estate the keys take up are about the same as any other keyboard. That leads to a slight compromise on ergonomics – where gaming keyboards try to incorporate a space at the bottom to act as a wrist rest of sorts, there’s no such thing here – but I use the tallest feet (at 8°) and have a table-length mouse mat to offset the discomfort of readjustment. No biggie.

The G810 shows a lot of restraint in its design, presumably to let its performance be the focal point of consideration for buyers. It might look more accessible to someone who’s always wanted more lighting options in their mechanical keyboards but never found something that didn’t overdo it.

Keyswitches
For the past 4.5 years, I’ve been using a keyboard with blue Cherry MX switches. Best defined by its audible clicking and tactile bump, it was polarizing – you either loved the way it sounded, or you wanted to throw it (and the person using it) out the window because it was just so noisy. I loved it. The confirmation of that actuation; the feedback under my fingertips.

The Romer-G mechanical switches are, of course, closer to brown Cherry MX/Kailh/orange Razer switches, but I haven’t spent enough time with all those options to make a direct comparison here.

What I will talk about is the feel of the Romer-Gs on their own. They’re like a marriage between membrane and mechanical; squishy, with a healthy bounce on reset, but without having to bottom out the key for it to actuate. Pushing down on it feels sturdy with no wobble, and the landing is dampened. There’s supposed to be a tactile bump, but it’s negligible – I feel the spring resetting instead. Not that I mind, it’s just different.

In fact, I realised that the clicky feedback encouraged my bad habit of bottoming out keys – defeating the purpose of choosing the lower-force blue switches over rubber domes in the first place – and I type with a lighter touch now because I’m not looking to hear click-confirmation in my keypresses.

Which brings me to the actuation itself. At a force of 45g, a distance of 1.5mm, and time of 5.0ms, the Romer-Gs are supposed to mean that less effort applied to achieve more executions faster for the user. On the flipside, it also means an increased likelihood of accidental keypresses. This turned out to be true in typing, particularly when I banged out whole paragraphs of discussion with friends. I could be fast, but my messages were riddled with typos.

How much impact it has on your gaming really depends on the game itself. Obviously, the FPS players are going to enjoy scuttling all over the WASD cluster at breakneck speed, but if you have no room for erroneous execution, you’re better off getting a keyboard that uses switches with a higher actuation force so you don’t make critical mistakes. Then again, if you reckon yourself to be perfectly accurate in your strokes, you’re free to hammer down on the keyboard as you please. It holds up quite well under a good mashing.

As far as noise goes, the Romer-G switches are pretty quiet for a mechanical keyboard. Your mic will still be picking it up, but it should be less distracting than your standard “silent” mech deck. If you’re not pounding on the keys, most of the sound comes from the key shuffling back into place on release. But if you’re really coming down on them hard, the metallic reverb from the springs resetting becomes noticeable, and that might be offputting for some.

Extra Controls
Media, lighting on/off and gaming mode buttons are discreetly packed into the top right of the keyboard, with an extra wide volume dial that’s fun to fiddle with. Pressing them, however, feels cheap and produces a loud click, a lot like the notebook trackpad buttons of ten years ago. I would’ve preferred if they were utilizing the same mechanical switches, but I guess they wanted to keep them low profile for some reason.

Software
If you’re using other Logitech products, the Logitech Gaming Software lets you tinker with customization options for all of them in one application. Set up game-specific profiles that automatically activate on game launch. Disable certain keys for game mode. Run a heatmap so you can analyze what you’ve been spamming the most. Mess around with the lighting effects on your own, save custom light schemes for each game, or select one of 500 lighting presets that Logitech has preloaded, which even includes programmed responses to in-game events. The software automatically detects your games so you don’t have to think too hard about how the lights should look.

One gripe I have is that the colour selection for lighting could have been designed more intuitively by removing the stock/custom swatches section in the middle and letting us pick colours directly from the preview swatch itself. Anyone with graphics editing experience would find it fussy to select an empty swatch under Custom, rotate along the colour wheel, adjust saturation, then click the swatch under Effects Selection to implement it.

I would’ve also preferred dedicated macro keys, but to keep the G810 slim, the function keys are reprogrammable and can be assigned macro commands instead. Again, this can be manually set to run for the specific game you play, but I would’ve liked the option to remap the function keys (or all keys, even) outside of gaming as well, just for convenience’s sake.

The Software itself is fairly straightforward and easy to navigate, so you won’t have much trouble customizing the G810 to your heart’s content.

So do I like it?
I could roll with this for the long haul. There are a lot of useful features it gave up to look slim and pretty, like macro keys and powered USB hubs, but the form factor is still elegant and it feels good under my fingers.

If you want a subtler approach to a rainbow-lit keyboard, this is probably one of the best-looking options out there. As for performance, the jury’s still out on whether it tops the tables, but it has worked well enough for me to consider extending my time with it instead of swapping back to my old clicky one. When in doubt, head down to the store and get a feel of the switches for yourself. 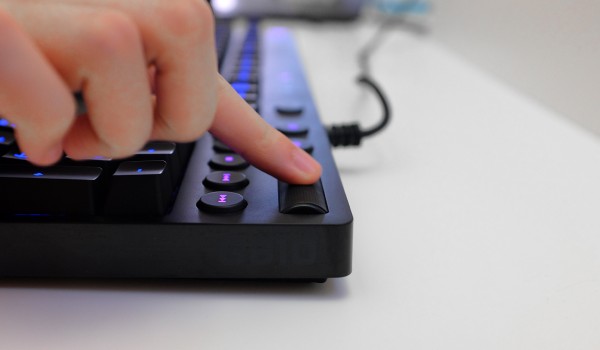 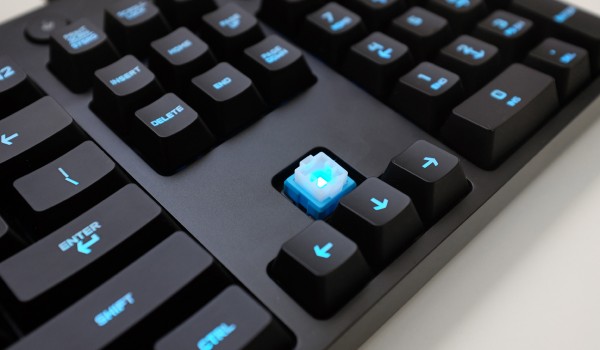 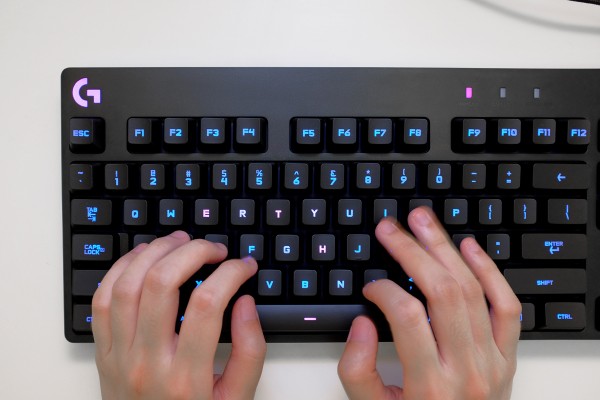 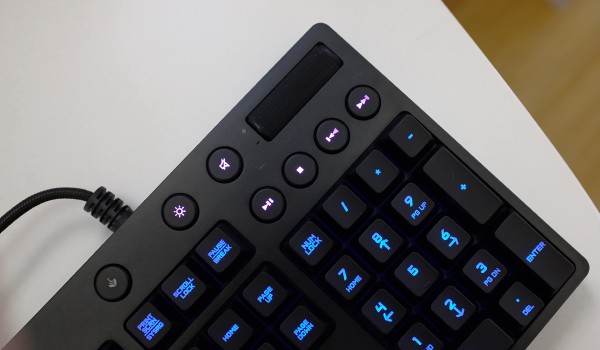 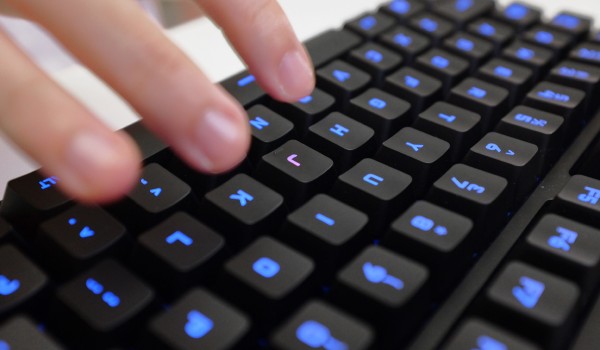 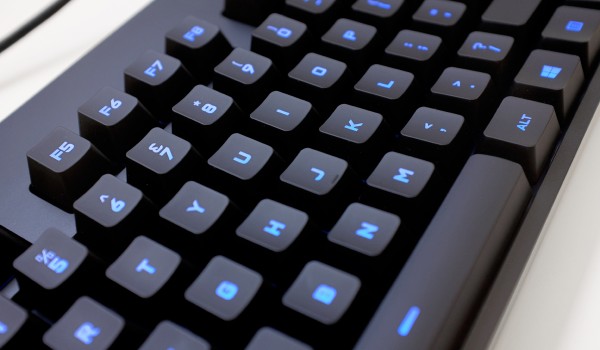 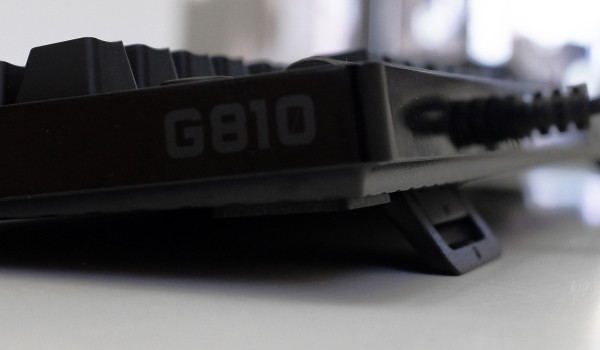 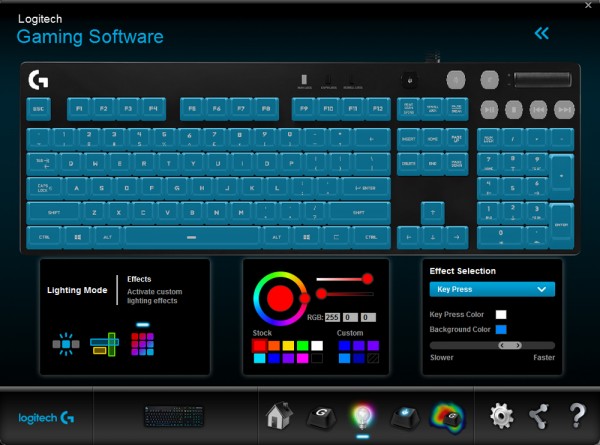