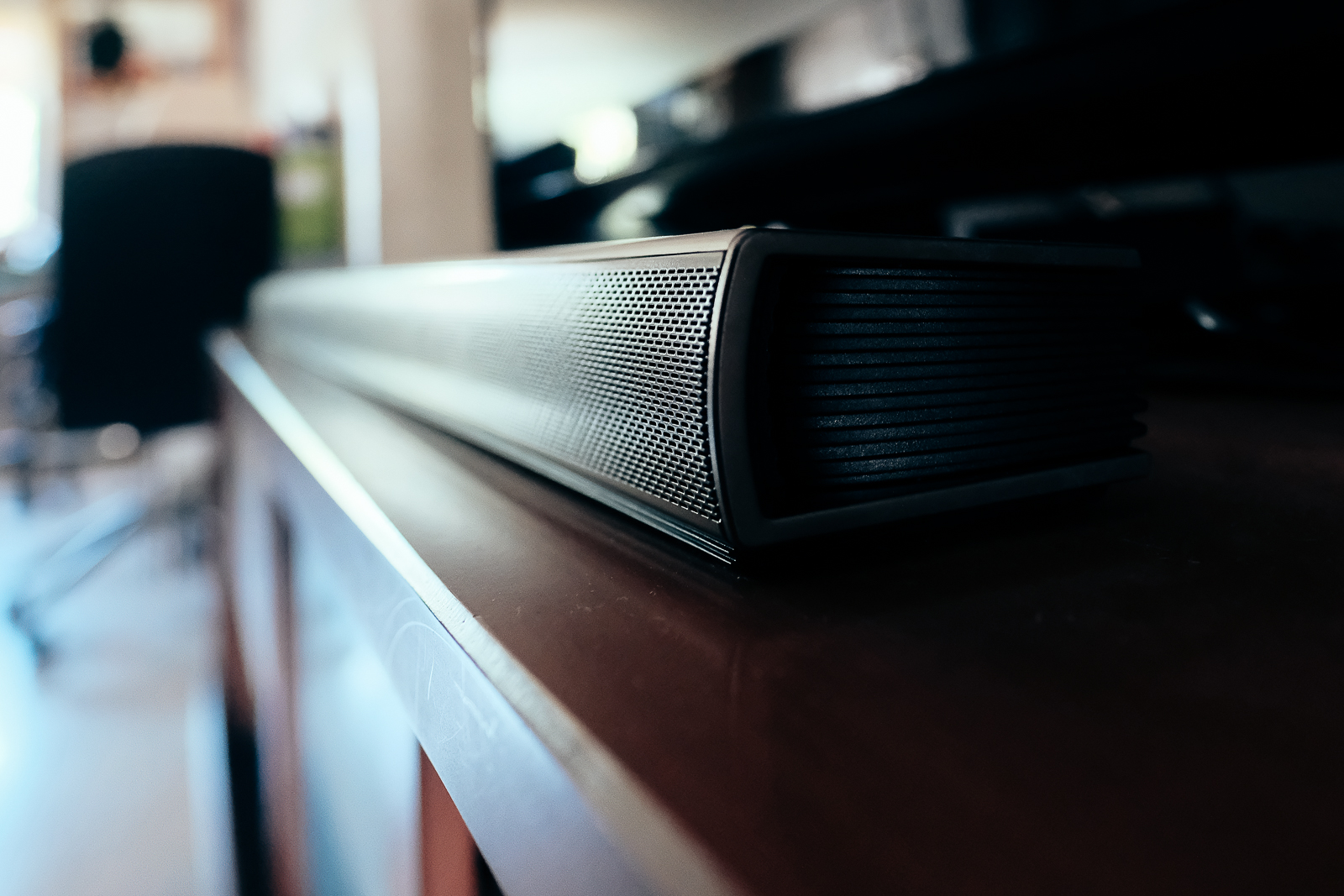 For some reason I never found a reason to own any standalone sound system since the Creative T50 wireless speakers I bought two years ago at a discount only because my old ones had died, and because I really needed to balance the aesthetics on my desk. Let me tell you about my pleasant surprise when the LG SH7 landed in my home.

Setup
LG’s position in the market the past few years has sat somewhere between The Brand That Could and The Other Korean Tech Brand. What they’re asking for with their SH7 places them firmly in the higher-mid tier category of things. That said the speaker comes compatible with the ‘Music Flow’ app system and allows it to be part of not just a multi-room, but also a part of a full surround setup. Like their previous offerings, the SH7 streams from Google Cast as well, and does so this time on top of DLNA and Spotify, amongst others. Amidst its Wireless and Bluetooth capabilities (which detects when you’re in the same room), we’re seeing Optical audio connections, HDMI out (TV ARC), HDMI in, a LAN port, and even LG’s Sound Sync wireless support with the appropriate televisions. Heck, if you want to plug in a digital audio player there’s also a 3.5mm port for your pleasure. As far as categorisation goes, it doesn’t seem apparent where the SH7 is lacking in terms of functionality.

Setting it up was something of two vastly differing experiences for me. I don’t consider myself a luddite by any means but connections with older television sets that don’t come equipped with Optical audio outputs proved a bit of a pain, and that’s even with HDMI options in place. They just didn’t seem to work very well, if at all. And this was with an older LG television, ironically.

Thankfully I’ve got a newer TV to play with and setup was brainless. It was a most literal version of plug-and-play as I turned on the power and everything, including the subwoofer, connected wirelessly. Switching between the wireless Sound Sync mode and my Bluetooth devices were simply effortless. Yet like the proverbial mileage, your experience might vary.

Point of note: Devices like these don’t usually come with interactive UIs like apps on your phone, so even after some minor configuration setups through the Music Flow app, I found things just worked if you.. turned it off and turned it on again.

Design
The SH7 is sleek, slim, and built with your current home entertainment sensibilities in mind. Taking care not to obstruct any of your current modern televisions, the SH7 seeks only to complement. The SH7 comes as a soundbar and wireless subwoofer package that is pretty handsome, if a little too boxy. Build quality is highly reassuring, especially the hefty soundbar with its gentle curves on the front. While there are traces of plastic, you’d be forgiven for not noticing at all since it’s just so tight and slim. It’s just super sleek.

All cable I/Os are handled discreetly behind the speaker with intelligently recessed spaces to huddle excess lengths while doubling as rack placeholders for wall mounts. The soundbar and subwoofer each require a separate power source but thankfully all necessary wires and a minimalistic handy remote are provided.

As mentioned earlier, there is no screen interface to let you know what’s going on, but behind the beautiful grills are LEDs that indicate your modes and provides feedback to your choices.

A Sound Experience
As someone who has enjoyed his music and dramas pretty much exclusively through headphones and earphones, the first day after I first powered up Netflix and put it through its paces, I realised that perhaps I needed proper speakers like the SH7 more than I ever imagined. It’s been a week and I’m convinced that switching up the Adaptive Sound Control (ASC) to Cinema mode would change anyone’s views of soundbars instantly, no matter how smart LG has made ASC in terms of optimum audio levelling based on ambient sounds.

Sound-wise, the SH7 tries very hard to exhibit whatever bits of warmth it possibly can, depending on the media. When it comes to movies such as Interstellar – an obvious seat-shaking choice -, The Revenant and Sicario, the audio and soundtrack are handled admirably by the soundbar, with equally capable performances by the subwoofer unless you push the volume too far where distortion is to be expected. I’d go as far as to describe the SH7 as punchy and fierce.

The SH7 definitely holds its own as a package when it comes to movies and games, but can be quite sterile when it comes to music specifically, lacking substance in the mid-range and generally sounding tinny. That said, the LG SH7 will fill up your rooms comfortably and believably, and while the one contention I have with the SH7 is that everything sounds a little better wired than non-wired, its audio quality is more than a step above what you’d presume to come from its apparent run-of-the-mill frame.

Conclusion
At the asking price of S$799, you’ll not be short of choices in the market for soundbars and even full-featured entertainment sound systems. What you want out of the LG SH7 is not just audio quality, but also a top grade in design sensibilities.

LG does not pretend to be best at tech with the SH7 Sound Bar, but has proven that it can provide everything necessary for the modern home. Neither is it a work of art, yet it’s far, far away from being an eyesore amongst any kind of decor you might already have. With its understated looks and stirring audio showing, you’ll be impressing family and friends at your next gathering without even breaking the bank. And that life, is good. 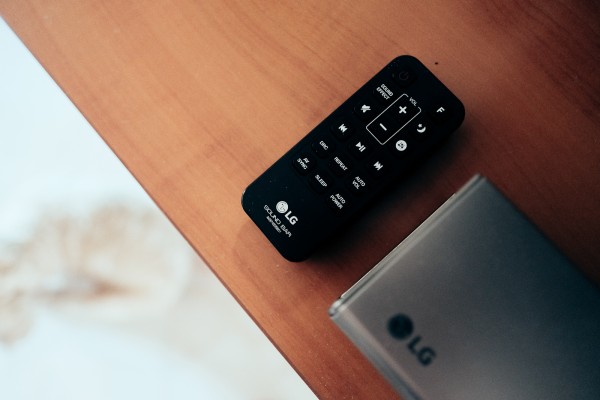 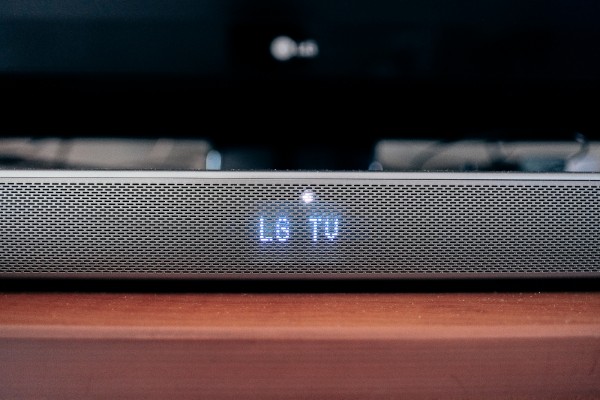 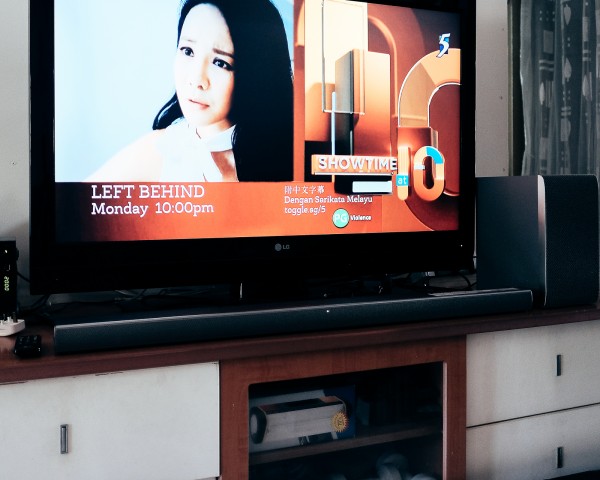 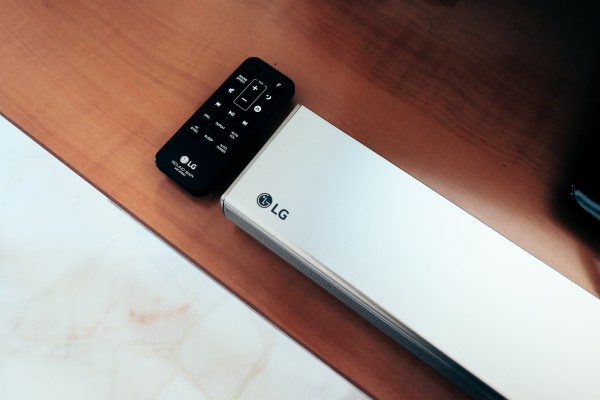 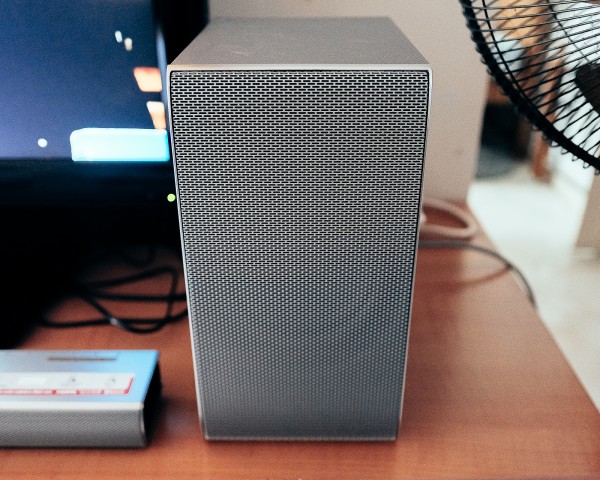 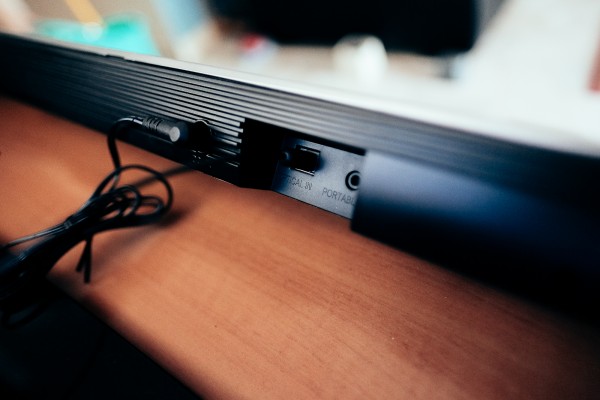 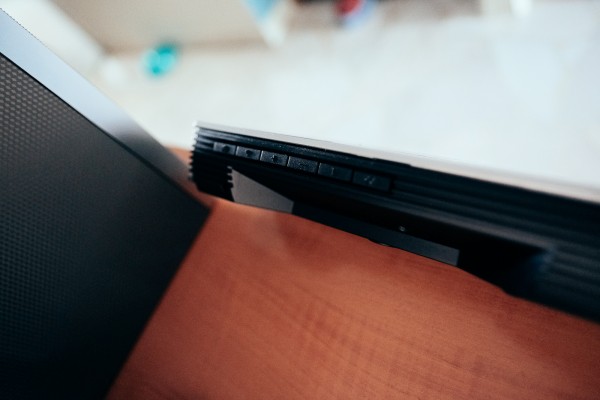 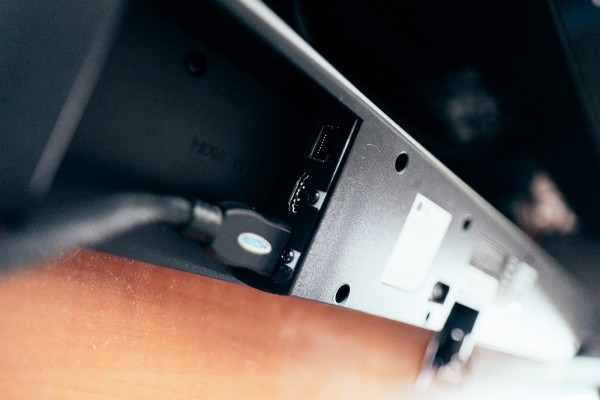 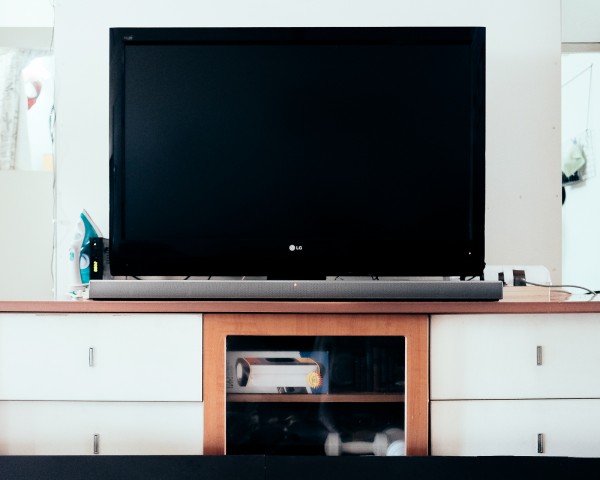 Hiro like to think he is the everyman, where everyman has okay career, eat nice food, and find soulmate. If you are not represented, Hiro feel very sorry. Hiro like sake too but many time he has no sake. Life not fair, so don't feel too bad. It ok. He likes nothing more than to experience improvements in life with the latest gadgets while striving to live a life of minimalism. He loves dogs.
Previous post Review: Logitech G810 Orion Spectrum RGB Mechanical Keyboard
Next post The PlayStation 4 Pro’s availability, pricing, and specifications