Review – The LG G6 is still a strong Android contender 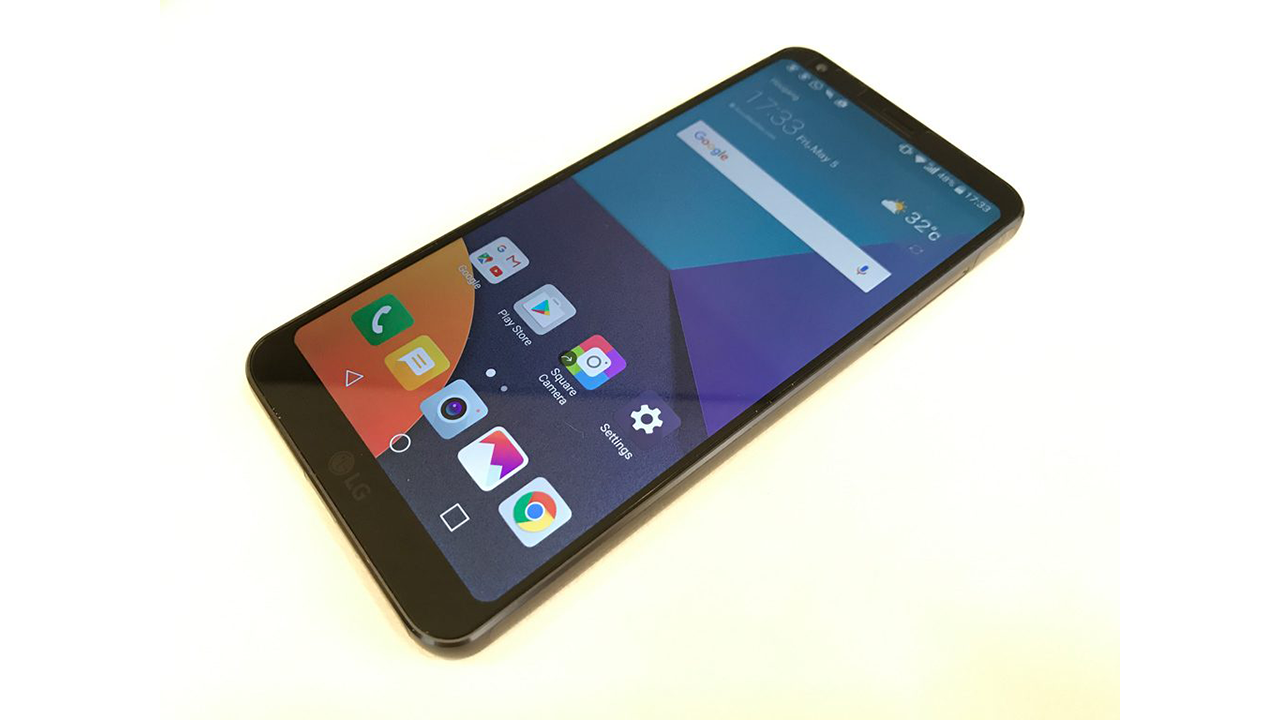 LG has seemingly abandoned their sense of adventure with the release of the LG G6 smartphone. Ditching the novel and sometimes innovative designs of its predecessors, the flagship is decidedly more safe and conventional this time around. Familiar doesn’t necessarily mean boring, however, as the Android 7.0 phone still packs a number of great features for its sub-$1,000 retail tag.

It may not have leather backing but the G6 certainly looks the part. Clad in Corning Gorilla Glass on both the front and back, the phone feels premium in the hand with just the right amount of heft. At 7.9-milimeters it’s a sleek device too, which combines with the 5.7-inch display to create a form factor that’s great for single-handed use. The rear fingerprint reader plays a noticeable part here, sensibly placed below the camera lens with a subtle, guiding ring. Just note that the reader doubles as a power button too, so folks accustomed to using their thumbs instead are in for a brief adjustment period.

While I didn’t find the glass-backing to be excessively slick like some phones, I did catch myself having to wipe it down more often than usual. The oil and fingerprint build-up was slightly more obvious on the rear than on the front, and though it never gets unbearable it just feels off after a couple of days. It’s not a problem for users who’ll slap their G6 in a case or for those who have miraculously dry hands, but for the rest of us I’d recommend some hands-on time first.

The LG G6’s appeal only comes through once it’s powered on, revealing the beautifully thin bezels and a 2880 x 1440 display with a pixel density of 564. Thin bezels may not sound all that impressive now that the Samsung Galaxy S8 is out there but it’s worth pointing out that the concept is still incredibly new, plus the fact that the G6 is a flat slate compared to the S8’s curved body – they do feel different. I count myself among those who prefer LG’s aesthetic, yet the phone can never truly go toe-to-toe with its South Korean rival simply due to the gap in hardware and price.

Let’s wind back a little and talk about that display. It’s an odd resolution, for sure, churning out an 18:9 aspect ratio that puts videos in an awkward spot. LG gives us a few toggles to play with, choosing to either leave the video as-is (pillar- or window-boxed) or to resize it in a couple of ways. I loaded up the phone with an assortment of 1080p videos to explore those various options over the course of a week; I ended up walking away with a stronger impression of its color reproduction. In short, videos looked great and the black bars didn’t bother me in the slightest.

Surprisingly, games go better with it. Those extra bits of screen space truly come into their own when playing collectible card games (Shadowverse), rhythm games (Voez), or action games (Dynasty Warriors: Unleashed) – basically anything that fills the screen with information or requires both thumbs to play. It’s a touch more comfortable to use for longer periods too, as the weight feels more centered than on a phablet. I don’t have any complaints over their performance either, though the Snapdragon 821 may show its age earlier than other flagship phones released in 2017.

Flip the LG G6 upright and matters end up being a little mixed. Outside of being nice for the home screen and its widgets, the taller size doesn’t see much use. There’s the ability to dock two separate windows, of course, but I’ve always found it to be more trouble than it’s worth. I can’t fault LG here since it boils down to a lack of compatible apps – some of their included ones do use the extra space – but it does feel disappointing once the initial excitement fades away.

What I can question LG about is their decision to use an LCD panel over OLED, once again bringing up comparisons to Samsung. That being said, the G6 is an IPS panel with HDR, which means picture quality is going to be fantastic. As I said, the colors left a stronger impression on me. To truly show off its capabilities, LG preloaded the G6 with a short HDR demo video that is downright stunning. If you have the appropriate Netflix plan then this phone is the only Android model that officially supports HDR and Dolby Vision. As with the processor, the three cameras found on the LG G6 are relatively old hardware, improvements on last year’s hardware instead of brand new kit. On the front we get 5 megapixels and f/2.2 while on the rear are a pair of 13MP cameras – a regular f/1.8 and a wide-angle f/2.4 respectively. All things considered, they’re pretty good. It doesn’t wow people as much as the Galaxy S8 or the iPhone 7 would, not least the reigning Google Pixel, but it does perform admirably given the right lighting conditions. Thus, LG’s camera controls are quite robust and incredibly versatile. Avid photographers will likely nitpick on the image quality but for most, all is well. You won’t find many Android flagships with a dedicated wide-angle lens either, and now that the review kit has been returned I do miss it terribly.

Aside from their cameras, another point of pride for the LG G5 was a DAC module for music enthusiasts. Thankfully, this year’s model retains high audio standards as well. A key feature that’s perplexingly exclusive to Asian territories is the Quad DAC by ESS, alongside native support for hi-res 24-bit 192khz files – the music player happily tags the relevant files so you can find them in a jiffy. The improved audio carries over to regular calls and recording too, thanks to a pair of high AOP microphones (they’re better at tackling noisy environments) that can record in hi-res as well.

What is ostensibly a huge shift from past models is the G6’s adoption of an in-built, non-removable battery. They’ve bumped the capacity up to 3,300 mAh to give the phone plenty of endurance, as well as giving the whole chassis the full IP68 water and dust resistance treatment. Losing the ability to swap batteries may sound like a loss but, in all honesty, who carries spare phone batteries in the age of power banks?

Here, we come to the golden question: How does the LG G6 stack up? I say it performs admirably, so much so that the only reason I haven’t bought one is because I’m curious what Google has in store later this year. Given how fast mobile tech advances, however, those who need a new phone now would do well considering LG’s best smartphone yet.

The LG G6 is an excellent pick in the Android department, with all the versatility you’d expect out of a smartphone. The ESS DAC, Netflix HDR support, and wide-angle lens are all reasons why it has won me over, and I’m sure it’ll be the case for some of you too.

Ade thinks there's nothing quite like a good game and a snug headcrab. He grew up with HIDEO KOJIMA's Metal Gear Solid, lives for RPGs, and is waiting for light guns to make their comeback.
Previous post Get ready for Gran Turismo Sport on 17 October 2017
Next post Review – A great return to Ivalic with Final Fantasy XII: The Zodiac Age (PS4)