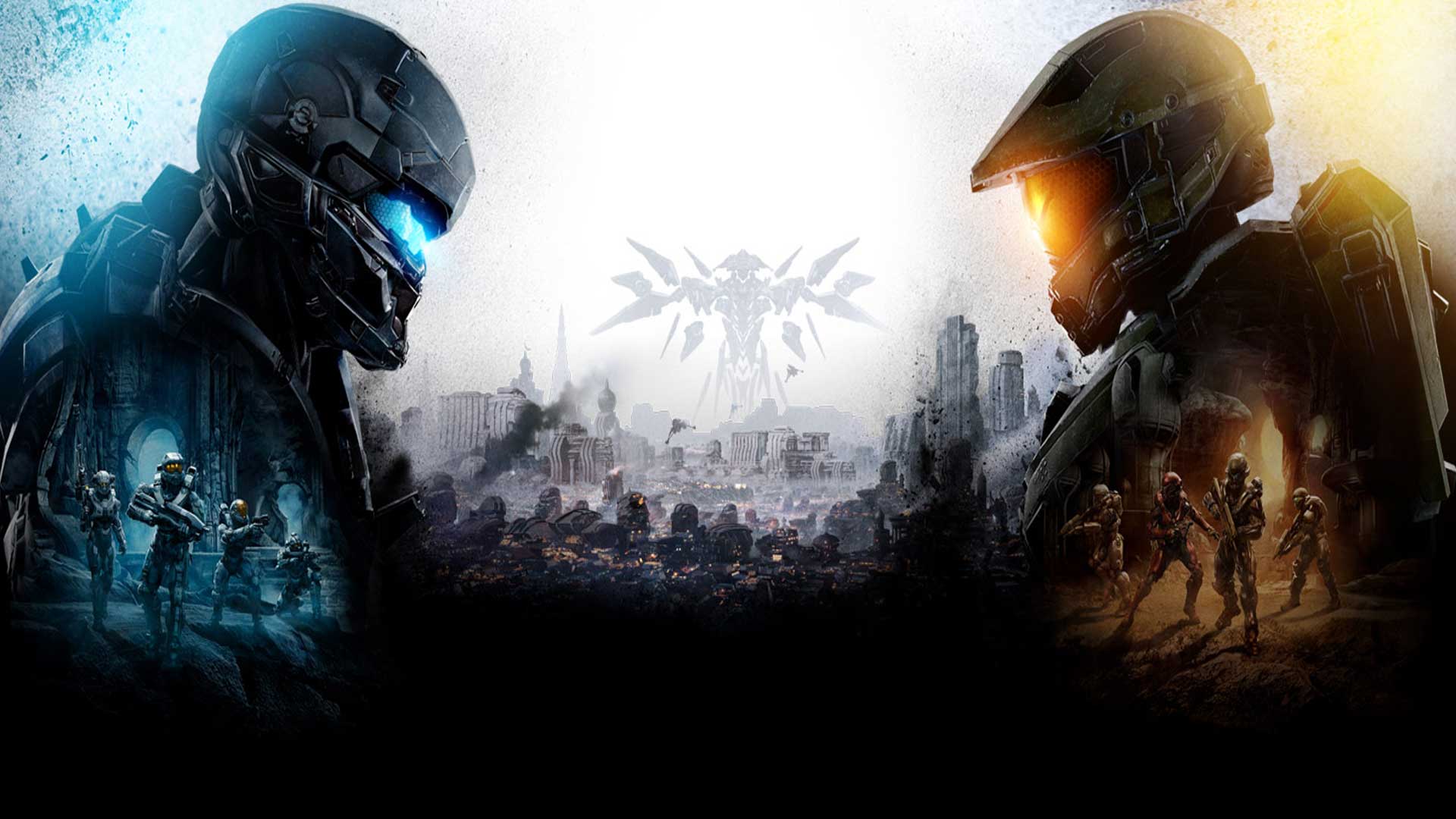 In Halo 5, the Master Chief returns yet again, though this time he’s not the only Spartan II. Reunited with his other Spartan II brethren (Linda, Fred and Kelly), the Chief is now head of Blue Team, a special squad of Spartan II solders tasked to handle tough missions.

The plot in Halo 5 is simple enough. During a routine mission with Blue Team, the Chief receives a vision involving Cortana (his lost AI companion) and embarks on a journey to find out whether the vision is real or a wild goose chase.

Doing so goes against direct orders from the UNSC, which brands him a traitor. As a result of that, a rival team of Spartan IVs, called Fireteam Osiris, is activated to bring the Chief and his team back.

While the Halo games haven’t always have had the deepest plots, the one in Halo 5 is especially flimsy and full of plot holes. In fact, it boggles the mind why the UNSC would try to stop the Master Chief from going off on his mission. If anything, logic dictates they should be supporting him instead of labelling him AWOL. Despite that, the last quarter of the game is really intense, as things start to heat up. If only, the plot was that way from the beginning, instead of just in the final stretch.

Despite playing as another character though, the gameplay is fundamentally the same. Unlike the Arbiter in Halo 2 (who can cloak at will), Spartan Locke has all the moves the Chief does.

In Halo 5, new moves have been given to the Spartans. They can clamber, slide, boost (or dodge boost), do a ground pound and a running dash. All the moves are incredibly useful and open the game more, with enhanced navigation techniques also serving as ways to unlock secrets or alternate routes.

The biggest change to the Halo formula comes in new squad commands. Since Locke and the Chief are the leaders of their respective teams, you can order simplistic commands (to focus fire on a single target or to move to a specific position) to your other teammates. The AI handles itself remarkably well, even on Legendary though they’ll make boneheaded plays once in a while too. While the simplistic commands work, it’s a shame that 343 Industries didn’t flesh them out. More commands, like holding a specific position or being able to give individual orders would have been welcome.

The fleshing out aspect could also have been applied to the characters themselves. Apart from the Chief, Locke and Buck, the rest of the cast seem to be there just to fill space. While those who have read the novels and comics might be familiar with the rest of the cast, gamers who only play the games will be left wondering what’s so special about Blue Team or Fireteam Osiris.

Even then though, Halo 5 is feels like an all too familiar romp through charted territory. The game starts off great with varied environments but devolves all too soon into boring Forerunner architecture, which was one of the biggest flaws in Halo 4. It might make sense in the plot to feature the Forerunners, but visually, their stark environment makes everything look similar and boring.

The Covenant too are victims of repetition. You’ll still face Grunts, Elites, Jackals and Hunters (no Engineers or Brutes though) and like the Forerunner enemies, the same tactics still apply for dealing with them. Oddly, fighting the Covenant is much more fun than fighting the Forerunners as they are able to adapt to your playing style.

The biggest hurdle in the game comes from Warden Eternal. He’s a boss of sorts that shows up throughout the campaign and you’ll need to beat him multiple times to progress. Despite being a boss, fighting with Warden Eternal isn’t as satisfying as it could be. Sure, you’ll dread fighting him (especially on Legendary difficulty, where he kills in one hit) but the tactic in taking him down is the same as with everything else; outmanoeuvre and hit his exposed back.

The familiarity extends to the weapons as well. Most have undergone cosmetic changes (the Scorpion tank looks great now) but function the same. There are a couple of new weapons like the Shrapnel and Plasma turrets, the Hydra launcher and the Plasma Caster but they are all rare power weapons with limited ammo. A couple of new basic weapons would’ve done wonders for variety.

Speaking of basic weapons, the game seems to skew heavily towards spray and pray guns rather and marksmen weapons like the DMR, Battle Rifle or Covenent Carbine. Sure, you can find them laying around the battlefield, but they’re rare, especially when compared to the Forerunner Suppressors or Bolt Pistols you can find lying all over the place.  Forerunner weaponry is also shoved down your throat whether you like it or not. Since the majority of the enemies you’ll face are of Forerunner origin, you’ll rarely find Covenant or UNSC weapons unless you search every nook and cranny for hidden caches. It feels like a rethread of Halo 4 with the overabundance of Forerunner weapons.

In essence, that’s what wrong with the game. It may be called Halo 5, but it feels like an expansion to Halo 4. Most of the enemies are the same, the last half of the game is the same tone (set in Forerunner installations) and gameplay, as good as, it is remains largely the same. The only difference in gameplay this time around is that you’re not alone.

Mind you, there are moments of outstanding brilliance scattered throughout the game that makes slogging through the single player worth it. The assault on the Covenant Kraken is one of the best set pieces in Halo history, putting even the Scarab battles of Halo 3 to shame. Likewise, the whole of Blue Team’s first mission on board an abandoned UNSC space station. Unfortunately, these shining examples of what made Halo great in the first place is in the minority when compared to the generic get from Point A to Point B objectives of most stages. Still, as disappointingly generic as the objectives may be, the firefights are still as great as ever. Even tighter now, in fact.

If nothing else, the expanded battlefields are what truly sets the game apart from past titles. They’re bigger in scale and there’s much more freedom to navigate now that you can clamber on to higher ground. Instead of a single route through, there are always alternate (sometimes hidden) ways to navigate the fights. If you’re stuck and getting wiped out time after time, you can always retry the assault from a different avenue.

Visually, the game borders on being gorgeous to look at and being drab and boring. The early locales are all great looking places to explore and fight in but the game stops to be interesting visually in the last quarter bit of the game. The smooth 60 frames per second frame rate holds up no matter what though. It doesn’t matter where you are or how heavy the action is, the game sticks to its frame rate like glue.

Halo 5 is the second game without original composer Marty O’Donell doing the score and while the new sound guys try to do justice to the game, the music is nowhere near as iconic as O’Donell’s work. In fact, the only memorable piece of music is the remix of the Halo theme that plays during Blue Team’s final battle, which gives the fight a truly epic feel. Sadly, the rest of the score feels a tad too generic.

As for the voices, Nathan Fillion’s portrayal as Spartan Buck (who was the main character in Halo 3: ODST) is the most memorable of the lot. Not only does Fillion bring life to the role, the character’s constant chatter is a stark (and welcome) contrast to the stoic Spartans from Blue Team, who only communicate when it’s important. Buck on the other hand, has no qualms making his feelings and thoughts known.

Looking at it from just a single player perspective, Halo 5 is one of the weaker entries in the series. Its plot doesn’t have the same tension as Halo 3’s, although it’s also the first game to jump out of its comfort zone and attempting to break new grounds; such as the new Spartan moves and squad commands. Its plot leaves much to be desired, but the game does manages to stand on its own two feet with what it brings to the table.

Halo 5: Guardians when judged on its own single-player campaign leaves much to be desired. Disappointing even. However, 343 Industries willingness to incorporate fresh gameplay elements and also showcasing the game’s technical prowess (running at 60fps anytime) cannot be ignored. The game’s story mode is also just barely one half of it. The other part, multiplayer mode, is deeply impressive.

Multiplayer is now separated into two different modes; Arena and Warzone. Arena is what you usually get from a Halo multiplayer experience. The usual deathmatch and objective modes, as well as custom games.

Arena mode has a ranking system in effect. You’ll need to play ten games to be placed into a rank, based on your playing skill. Once ranked, the only way to move up to a higher rank is to win games. In theory, this should allow players of equal skill to match with each other to ensure a fun experience. The other mode in Halo 5, and the newest addition to the series is Warzone (and its sub-type, Warzone Assault). But since this review is written hot on the heels of the launch, we will keep our total rating until we complete the game’s multiplayer components

Aaron Yip is an industry veteran with more than 15 years of experience. When not spending time on his gaming PC and consoles, he can be found in Hyrule solving ungodly puzzles and collecting gems.
Previous post App Assessment: Bloodline (An)
Next post PD Design Studio on Dusty Raging Fist