Review – Gundam Versus (PS4) is strictly a fan service affair 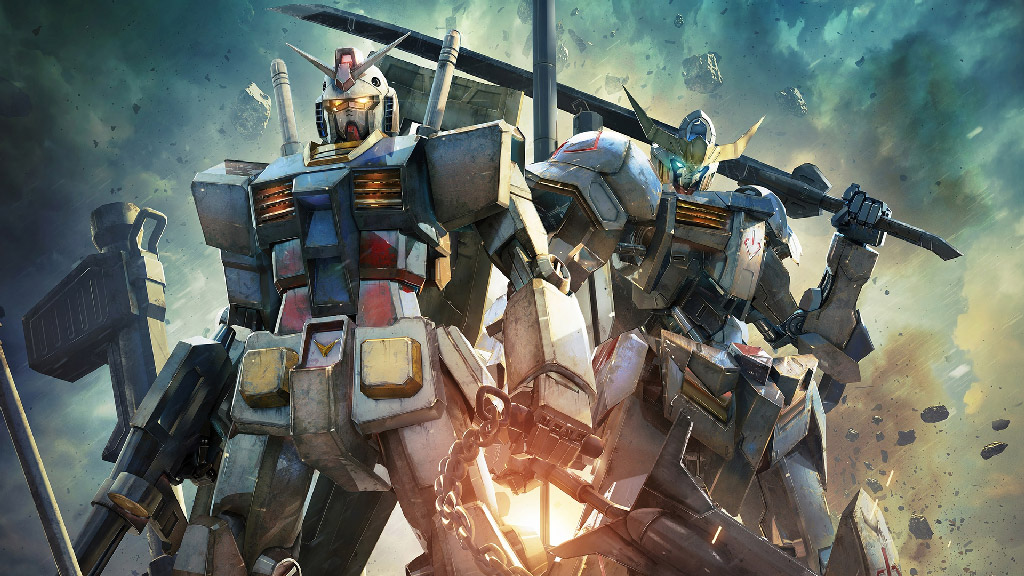 Gundam Versus should be the epitome of Gundam games. Mobile suits from Universal Century and the other timelines all in one title? How could it go wrong? Yet somehow it did, and while not a complete disaster this game is nowhere near what it could have been.

Like the name says, Gundam Versus is all about fighting. There’s no Story or Campaign mode – all you do is pick a mobile suit, pick a pilot, and then pick a battle.

If you’ve played SEGA’s old Virtual On games before then you’ll know what to expect here. Two teams of mobile suits, up to three per side online, brawl in an arena inspired by classic Gundam locales such as Jaburo. In some of the offline modes the enemies come in waves, with certain waves bringing specific bosses such as Big Zam or Psyco Gundam. No matter what though, there’s no change to what you’ll need to do: eliminate the other team. Match completion earns you points and experience, which increases the level of the suit you’re using. Each level unlocks rewards such as a new title, pilot, or even Strikers (assists). Since each suit has a unique set of unlocks, it’ll take a while to access everything Gundam Versus offers.

Battles are fast-paced, and while the tutorials make it seem like there’s a ton to learn, it’s pretty easy to get the hang of after some time. Follow the short tutorials (ten minutes at most) and you’ll be dodging and blasting like a pro soon. But that’s all the battle system has going for it. Depth is largely eschewed, with dodging and defensive maneuvers a secondary concern. You’ll play much of the game locked onto a single enemy, which gives it a sort of on-rails feeling. It makes the game seem more restrictive, despite the array of movement options you have at your disposal.

You’ll be duking it out with the usual assortment of Gundam weaponry, from Beam Rifles and Sabers to bazookas and rocket launchers. This is of course in addition to the unique weapons or abilities the individual mobile suits have.

Melee fights and combos are the bread and butter of the game, with most duels degenerating into close quarters combat. It’s fun to watch since each Gundam has its own combos and moves to pull off but it’ll quickly boil down to who can get the first hit in. Due to this, the melee combat can feel pretty basic. Despite all the combos, you’ll end up depending on just a handful of useful attacks. After all, why bother with a slow and flashy move when a simple attack gets the job done?

You can also blast your opponents from afar. Unfortunately, we see the same problem here: there’s a multitude of ranged weaponry but the actual combat is extremely basic.

There’s no way to manually aim your weapons; you just choose when to fire. It’s simply a matter of timing, which sounds fair on paper but frustrating in practice. Theoretically, you can juke or dodge incoming fire but you rarely have that luxury, as you might be taking on more than one enemy at a time. You can’t dodge what you can’t see coming, can you? Getting hit by off-screen fire or melee attacks is very common and can get incredibly frustrating. Being shot down isn’t just unavoidable, it’s pretty much a given.

There’s an admirable attempt to balance the suits by having abilities and weapons depend on cooldowns. That means you can’t just fire away without consequence. Unfortunately, that also means you’ll be spamming a lot of the basic melee attacks over and over as you wait for skills to be ready. Even suits that specialize in ranged attacks will need to mix it up or call in Strikers to help out in a pinch.

If you’re wondering, Strikers are special Gundams you can call a limited number of times. They help provide the additional firepower or distraction needed to turn the tide in your favor, or failing that, die in a blaze of Striker-assisted glory.

Luckily, you can respawn. How many times you get to do so depends on the cost of your suit – more eclectic Gundams such as Sinanju are more expensive. This cost is deducted from a finite meter each time you spawn. If you don’t have enough points remaining you’ll get to come back for one last fight, but your suit will be severely underpowered.

Despite the focus on combat, Gundam Versus feels oddly restrictive. The arenas are too cramped and lifeless, the fights lacking the intensity and bombastic nature found in the anime. You’d expect heaven and earth to be rent asunder when Nu Gundam engages Unicorn or when Sinanju meets up against Deathscythe. Sadly, that’s not true in the game. Sure, the arenas have destructible buildings and other elements but they don’t convey the gravitas of the fights adequately. In fact, other than the mobile suits, the game looks incredibly basic and plain – it helps to maintain the buttery smooth frame rate but surely a little visual pizzazz would’ve been possible with some extra effort?

This lack of visual impact isn’t the only let down though. While there’s a large selection of Gundams across multiple timelines, there are numerous questionable omissions. Where’s the hugely popular Strike Freedom? Why no Raiser or 00 Raiser? They’ve even ignored Mobile Fighter G Gundam entirely, as the series isn’t even mentioned in the media summaries. At least the absent 00 Raiser appears on an in-game banner.

Those summaries are a great idea, by the way. It’s just too bad that the accompanying movies are in Japanese with no subtitles. What’s the point? For an English release this seems incredibly silly. In fact, there’s a ton of speech left untranslated. Co-pilot banter, taunts, and whatever else the pilots say mid-battle – none of it gets their respective English translations. While I do prefer the Japanese audio, this feels like a huge oversight. Only the Battle Navigator (think of them as the commentator) has their speech subtitled.

However, there’s a bright side: all the iconic music makes it over. I got goosebumps the first time the RX-78-2 appeared while the Mobile Suit Gundam theme played. If you’re a longtime fan, this is almost worth the price of admission alone!

In the end, Gundam Versus is only a passable effort. As an arena based fighter, it is decent fun and worthy of some play time. However, its lack of single player content makes it a questionable purchase. Add to that the omission of some iconic suits (which will undoubtedly come as DLC) and Gundam Versus can’t even fly on fanservice appeal alone. Unless you’re a real hardcore fan, I suggest looking at Gundam Breaker, the Dynasty Warriors Gundam series, or even the Super Robot War games if you’re hard up for some good mecha action.

Gundam Versus (PlayStation 4) was reviewed on the LG OLED C7 Television.

Sal's just your average hardcore gamer. He started gaming on the NES in the 80s and has been ever playing since. Sal doesn't care about which platforms games are on, only that he wants to play them all!
Previous post Shadow Of War for PC will eat up 100GB of space
Next post Impressions – The Samsung Portable SSD T5 is your best portable storage companion yet