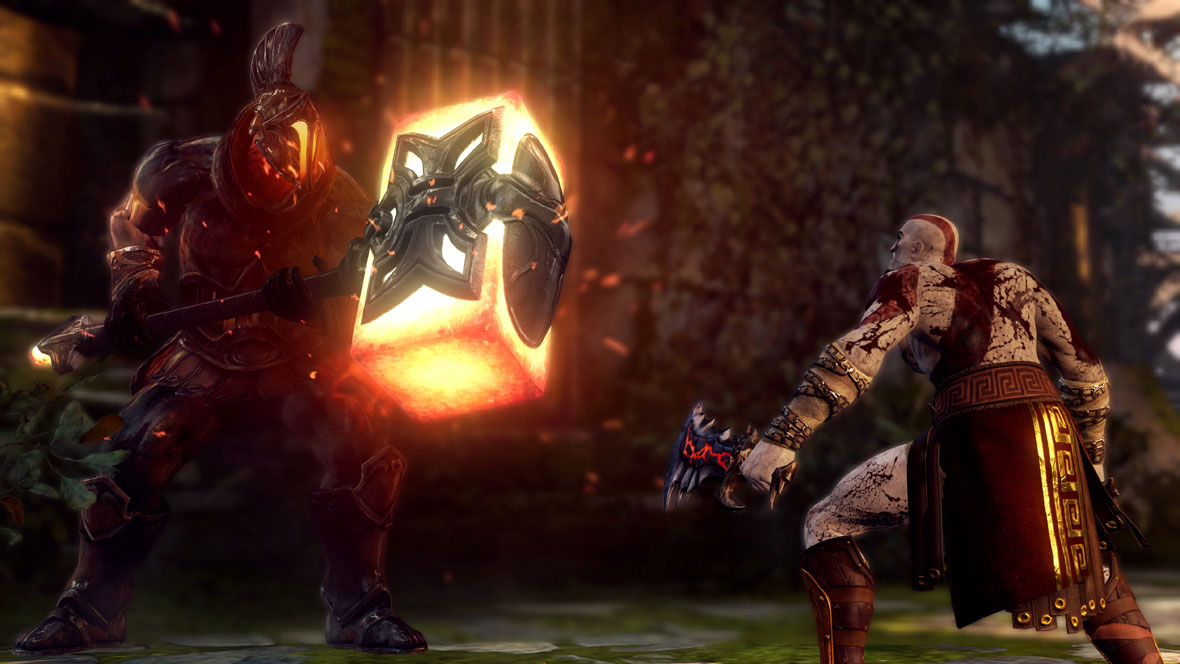 Kratos is back with the prequel of Sony’s hack-and-slash adventure game, God of War: Ascension, but does his performance as a mere mortal disappoint?

God of War: Ascension is the prequel to Sony’s “Of War” franchise that revolves around Greek mythology and our protagonist seemingly always in need of anger management courses. The story takes place after Kratos, servant to the God of War Ares, breaks his blood oath to Ares and is held, chained in the very prison forged out of the first blood oath traitor, Aegaeon the Hecatonchries.

Broken free by the unwitting mishap during a session of torture by one of the guardian Furies, Kratos grabs hold of his signature blades and begins his escape from the prison. A pretty standard hack-and-slash affair ensues from here, with a fast attack, heavy attack and melee attack for some hands-on action.

Players who already met the demo will be facing the same stuff they had for about an hour’s worth of game, but that should still be able to wow you when the Hecatonchries grabs the prison block you’re trapped in and tosses you around. The lighting effects in that one scene, and as with many other scenes in the game is certainly worth the playthrough again.

I was actually expecting new weapons, but fans may be disappointed to know that Kratos is left with only his blades to fight with, but that doesn’t mean he can’t grab weapons like swords, clubs and shields from the enemy and use it on them. The demo-blocked unlockables are revealed to be orbs that take the form of the elements Kratos has drawn from the burning cauldrons for the god the powers represent, such as Ares’ fire, Poseidon’s ice, Zeus’ electrocution and Hades’ undead souls. Upgrade all of them with red orbs to know the true power of the elemental blades, especially when you need health orbs from slain enemies (psst, use the undead souls).

The game does have its tough moments (usually involving poorly-timed jumps on the player’s part), but it is gracious enough to scatter a generous handful of chests Kratos can open to absurd green health orbs or blue magic orbs. Red chests offer up a dollop of upgrade currency but white chests are the ones to look out for if you’re seeking to increase your maximum health and magic with Gorgon’s eyes and Phoenix feathers.

As with any good hack-and-slash, the combo system in Ascension provides plenty of moves to play with, although I found myself not bothering much after how practically invincible I was grappling enemies and slamming them towards other enemies, racking up a 300-chain combo and causing some serious concussions from which Kratos could easily end their miserable lives. But if you do want to see what your elemental blades can do, you’ll need to slay your enemies using methods that fill the rage meter, more often than not leaving you more vulnerable, so it is very much the style of action you want to go for.

Well, of course, you can’t grapple all your enemies. There are some much larger enemies and the usual boss fights. It appears the bigger brutes are here to test your combo skills, so there is some real button-pressing action there. These enemies are usually eliminated through a last-minute brain surgery quick-time event or a “minigame” as you watch Kratos cut away at the snake-lady while avoiding her gaze that turns you into stone.

The boss fights simply revolve around you receding their health (not indicated) and waiting for a white or red halo to hover above them before you move in and stab them a bit more in a quick-timed event to the point where its movements are as predictable as your use of evasion on the right analog stick.

If there is one thing Ascension does extremely well, combined with the aforementioned lighting effects that adds on to the realism of my following point, is how the fixed-angle camera occasionally pulls out revealing the demanding scale of where you are being chased by goat guards on the back of a mechanical snake over another another mechanical snake in the icy mountainside around you. Seriously, just keep the enemy busy while you take in scenes like that.

God of War: Ascension is a great game for beginners to the genre and franchise (since it’s the prequel. You’ll want to get the remastered Saga on the PS3 for the rest). There was some level of difficulty and plenty of Uncharted-like climbing and exploring, but I felt that Ascension didn’t bring anything I haven’t seen in another hack-and-slash game to the table, even for a newbie to the series like me. It did get my attention enough to leave me questioning why I haven’t entered the God of War universe, so I suppose it did its job there.

GOD OF WAR: ASCENSION (PS3)
THE VERDICT: BUY IT

Writer’s Note: I heard about the Trials of Archemedes in this game but never reached to that point that appears late in the game during my time with Ascension. It is one of the more punishing points of the game that Santa Monica Studios has promised a patch that will tweak the section’s difficulty.

God of War: Ascension is a Sony Santa Monica Studios game for Sony Computer Entertainment exclusively on the PlayStation 3.