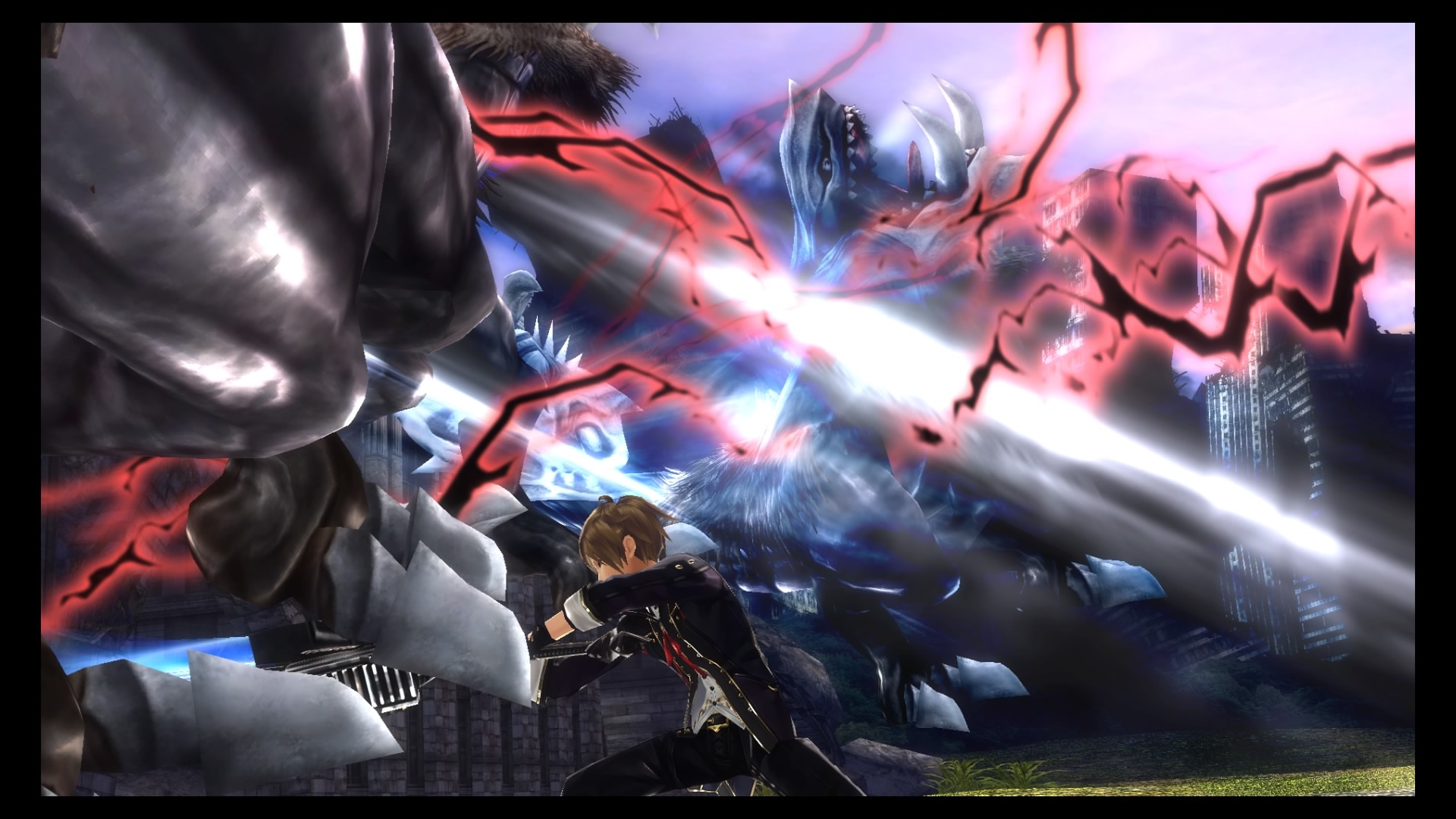 Launched since 2013 on PlayStation Portable / PS Vita, the original God Eater was very well-received. This led to the sequel Rage Burst on PS4 in February 2015 but it finally reached our shores in August 2016.

The immediate incentive is having God Eater Resurrection bundled together, making this 2-in-1 deal very attractive for ardent fans. Unfortunately, the PS4 version of Rage Burst does not unlock the PS Vita copy, except for Resurrection. This is a little disappointing because Cross-Save is a glaring feature of Rage Burst.

In a nutshell, Rage Burst comes enhanced, among other things, with additional story plot on Julius Visconti, including encounters with Aragami that are not introduced in previous iterations. Since the game tracks on the types of monsters or sentient beings the player encounters, being able to record new versions into the logbook is understandably motivating for some.

You start off by creating a custom character. While there are a few ways to make distinctive, down to hairstyle, face, eye and skin colour and voice, the option still feels restrictive, because there’s no way to make one that looks like me in person (bald with facial hair). Then again, that would make my mature-looking character feel out of place within that anime setup.

Rage Burst also introduces multipliers to various attributes such has Hit Points, Strength and Dash, thus allowing flexibility in approach and strategy. Outside battle, the game allows the player to micromanage on individual skills and abilities of the central character as well as the chosen accompanying NPCs. A set of new weapon variants allows customisation of arsenal. This is especially attractive to those who love to personalise because the weapons in this game are exceptionally huge. There are also survival mission add-ons provide variety in player’s quest to discover, defeat and devour Aragamis.

On the outlook, it’s easy to recommend Rage Burst. I reckon, with all the enhanced and bonus content, the title is godsend to both new and seasoned players who love working together with friends to explore maps and hunt for loot.

Being a ported title, Rage Burst looks decently sharp on PS4. In the hours I spent on the game, the experience is smooth and there was no lag. However, some scenes and backgrounds do look grainy and dull. This level of quality may be forgiving if the game is played on handheld, but having it beamed to a 48-inch HD TV through the PS4 tends to amplify the rough edges of the presentation. It is cool to learn that the PS4 copy has better surround sound and that the NPC communication messages can be directed to the speaker of the Dualshock 4 controller. However, there was no way to manage its volume level. Whenever I play late at night with the TV volume turned down, the notification emanating from the Dualshock 4 controller is still discerningly loud. This was disruptive to my sleeping spouse, and thus I had to disable the sound. If you’re babysitting a new-born, please take note.

Neezum has been exposed to many videogames since the '90s. Nowadays, he tries to juggle his passion amidst other commitments with a wife who doesn't share the same hobby.
Previous post How to create a user-friendly game site
Next post Interview: Civilization VI Snr. Gameplay Designer, Anton Strenger