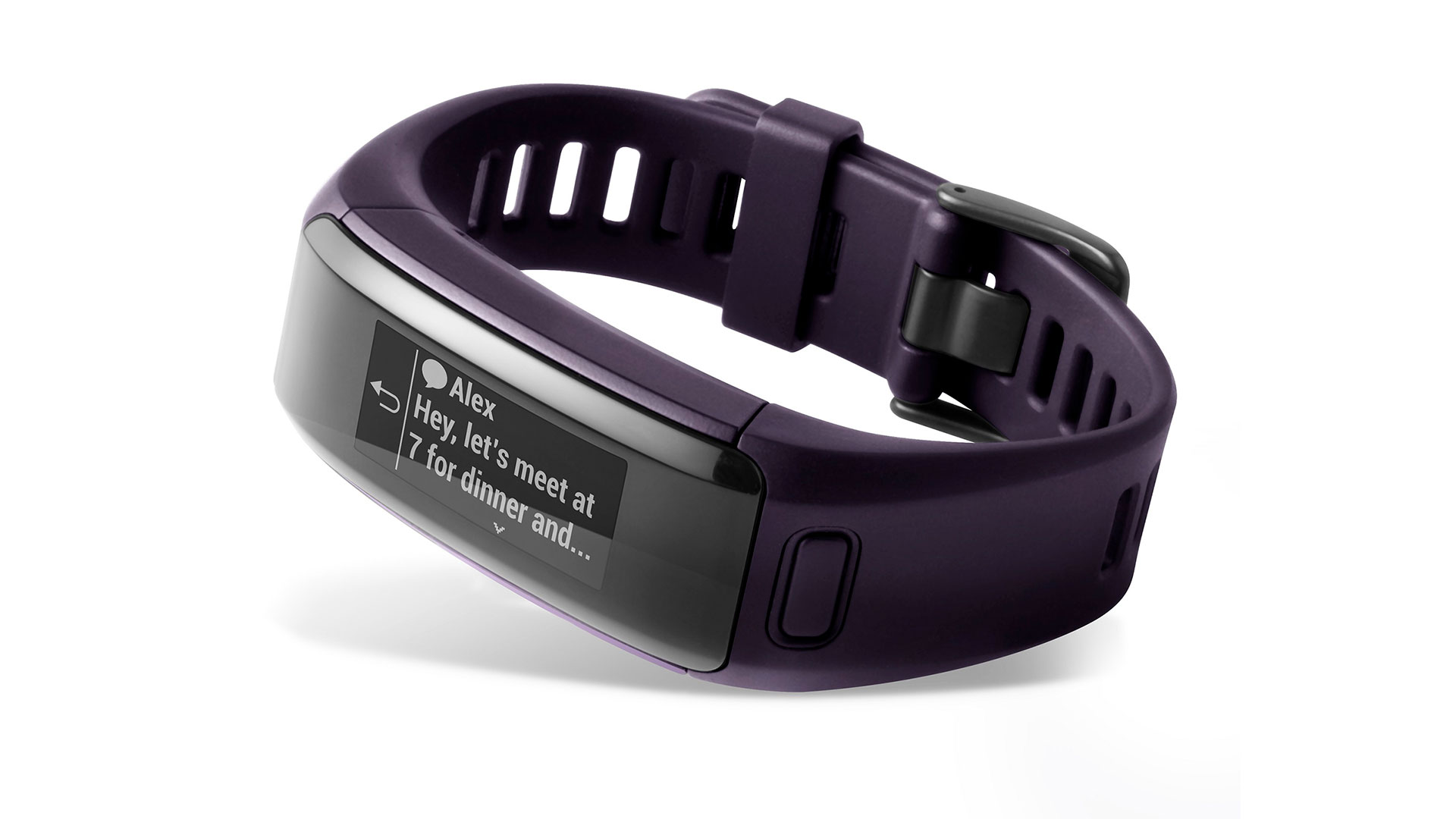 Considering how Garmin made a name for themselves by being tracking and guidance specialists, we’ve observed their foray into fitness trackers with a fair bit of fascination. It’s been fourteen years since they’ve shipped their first wearable, the Forerunner 201, and three since the Vivofit tracker was launched. The latter is now headed by the vívosmart 3, a Fitbit-competitor that can even measure VO2 max and stress levels.

Shiny as it is, new product launches also means price drops for older models. In this case, we looked at the Vivosmart HR, a late-2015 model that blends smartwatch and fitness tracker functionalities. For the Singapore market, there’s an EZ-Link NFC variant too. Pair all those factors together and you’re looking at an ideal beginner’s model, with just enough features to kickstart new lifestyle habits. At its core, the Vivosmart HR covers all the fitness basics: it tracks the number of steps you take or climb, the hours you sleep, distance traveled, and recordings of your runs. Some of these data points, in conjunction with an optical heart rate sensor, are translated into calorie expenditure and intensity minutes. Garmin then works out progressive daily and weekly goals for you to work towards, all of which can be better inspected via the Garmin Connect smartphone app – it syncs automatically via Bluetooth. It’s worth mentioning these are dynamic goals, so if you’re surpassing your daily targets it’ll adjust accordingly.

All that may sound overwhelming to a novice, someone eager to leave the mashed potato life but not quite ready to go hardboiled Ironman. In which case, it’s easy to customize what information is presented – you could just pare it down to step tracking and HRM and focus on those. That’s probably for the best too, for when the initial enthusiasm eventually fizzles out.

Like most fitness trackers, the Vivosmart HR is durable and waterproof, with plenty of battery life to keep it ticking. Unless you’re transmitting heart rate data (more on that later), it can easily last five days before needing the embrace of its proprietary dock charger, meaning you won’t have to pamper it. While it’s designed to stay on at all times, I found myself swapping it between arms at least twice a day, followed by a light wipe down in the evenings. Otherwise, I’d risk some irritation, though your mileage may vary since it’s skin we’re talking about. It’s also fairly chunky, all things considered, so you may want to exercise caution swinging your hand about in those first few days.

The big question here is accuracy, to which I’ll say: don’t rely on it for any professional training. The accelerometer does a fair job of counting steps and stairs but it’s never spot-on, usually off by 10-30 for the former and 1-4 for the latter. Add other daily activities such as brushing your teeth or cooking, however, and it all goes to hell. Maybe I’m just passionate with my dish-washing and room cleaning but I cleared two days’ worth of steps in a matter of hours, without ever leaving the house.

Rather than a downside, this was characteristic of a friend’s Fitbit Alta too. The Garmin seemed more accurate on him when we swapped, though I’d hardly call a single five-minute walk a useable sample. There is an option to configure your stride length, whereby you walk a known distance and manually input the number of steps. That helped with my step accuracy but not so much with the household devilry; in any case, I recommend setting that up prior to your first run. Moving on we have the heart rate monitor, which reports your current and average resting heart rate on the screen. As before, use these values as guidelines rather than absolute figures. I’m not certain how frequent it takes measurements in its daily state but it does pick up the pace when logging a workout, which you can then use to figure out heart rate zones for ideal training. It’s not going to outperform chest- or arm-strapped monitors just yet but, as they say, it’s better than nothing.

A third HRM mode sets the device to broadcast wirelessly through ANT+. Unsurprisingly, this eats up battery life considerably and is only useful if you have a compatible device to pair it to – in effect, it replaces something like a chest strap, which isn’t exactly the most comfortable thing to wear.

As mentioned, the other half to the Vivosmart HR is its use as a smartwatch, a design choice I happily praise – after all, wrist space is a high premium. Garmin has done a wonderful job on this front, squeezing in actual functionality rather than indistinguishable vibrations. The always-on screen lets me see emails, messages, calendar events, and anything else that would appear in my smartphone’s notification drawer, up to three lines at a time. Other than quickly screening content, I found it perfect for letting me store my phone in a backpack, useful for strenuous or sweaty situations (I hope you clean your smartphones). A handy “find my phone” feature comes part of the package too, which also works in reverse. Chalk in another plus point for the vibrating alarm clock.

As for the EZ-Link tie-in, it’s an idea that seems better on paper primarily due to the delay; I’d never dream of using it during rush hour. While it’s fine on buses – and awfully convenient, since you don’t have to fish anything out of a bag or pocket – the affair becomes outright embarrassing at train stations. The read times are unacceptably long, especially at newer stations along the Downtown Line, and the gantry’s height means you’ll have to bend over to mash your forearm against the reader. It’s a ridiculous sight. If you don’t mind keeping multiple EZ-Link accounts topped-up then it makes a great complement to a smartphone or card; just don’t use it as your daily driver.

Jumping into the world of fitness wearables can be daunting for someone new, with all the terms and data you’re suddenly presented and expected to understand. The Vivosmart HR offers a great balance between tracker and smartwatch to earn its place on one’s wrist. If the whole practice seems excessive (personally I just keep track of water and macronutrients) then at least you didn’t blow cash on the most expensive model out there; on the other hand, if this turns out to be a fun new habit then you’d easily get a year’s worth of use as you learn how to put the gathered data to work.

Ade thinks there's nothing quite like a good game and a snug headcrab. He grew up with HIDEO KOJIMA's Metal Gear Solid, lives for RPGs, and is waiting for light guns to make their comeback.
Previous post PlayStation Portable classic LocoRoco remastered for PlayStation 4
Next post Review – Persona 5 (PS4) is proof that JRPGs still have its magic