Review: Game, stream, and record with the ASUS G11CB 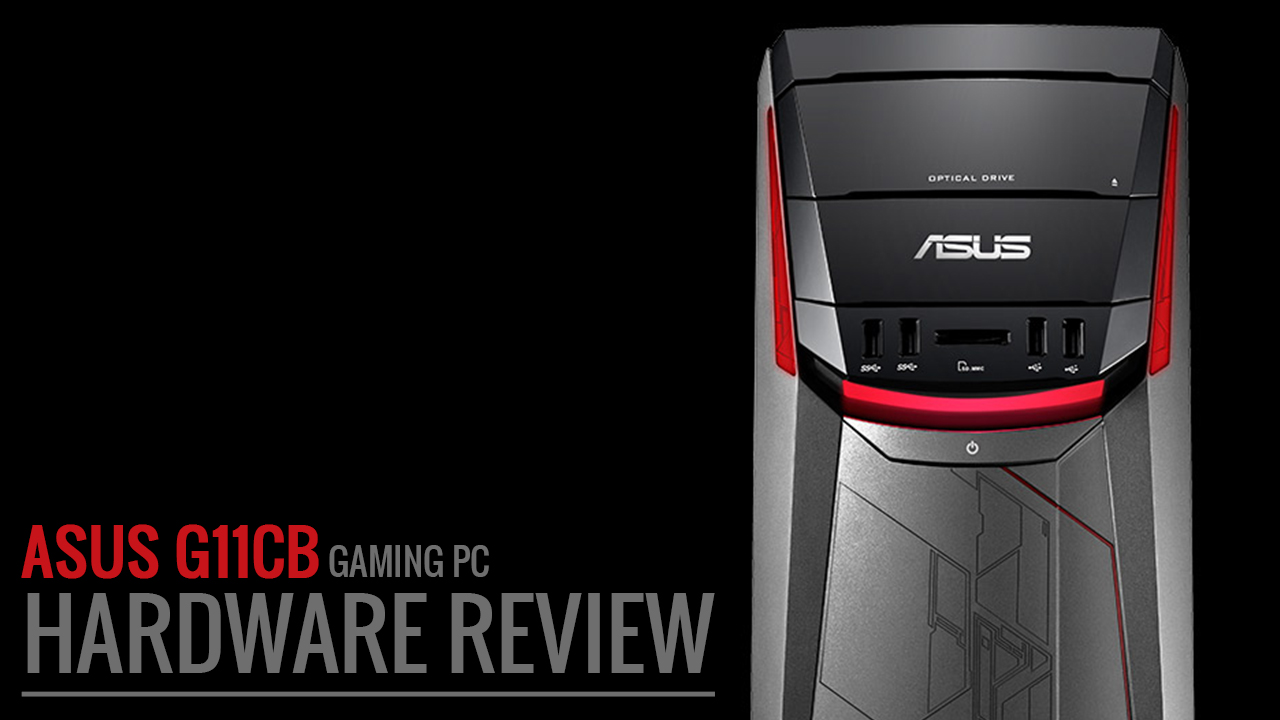 Videos play a huge role in videogame culture these days, so it’s hardly any wonder as to why the ASUS G11CB exists. This desktop PC packs the hardware to handle both video production and gaming at a casual level, along with the software to help do so.

Lying at the heart of the system is the Intel Core i7-6700, a “Skylake” 3.4 GHz processor introduced in September 2015. Typically most gamers choose an i5 for maximum value, but the extra hyper-threading offered by the i7s will be a boon for anyone dabbling in media production — nobody would refuse shorter rendering times given the choice. It’s low power consumption, combined with the chassis’ airflow design, also makes for a system that runs cool and quiet, ideal for a quiet 4K movie session or audio recording.

Supporting that beefy processor is 16GB worth of DDR4 RAM. The standard these days is 8GB DDR3, so gaming-wise this doesn’t mean much at all. Multi-tasking and production work, however, would greatly benefit from the additional system memory. As for why DDR4: it’s simply a pre-requisite for that Skylake processor.

No modern system would be complete without a solid state drive, of course. The G11CB uses a 128GB SATA SSD paired with a 1TB HDD. Nothing out of the ordinary here, although a single 1TB drive may prove too small for anyone seriously diving into video work. Short of installing a third drive, one could always take advantage of the front-facing USB 3.1 ports for speedy transfers.

So far the hardware’s looking pretty future-proof, which is why ASUS’ choice of graphic card is fairly confusing. NVIDIAs GeForce GTX 960 (2GB) handles recent games without a hitch, achieving the standard benchmark of 1080p 60fps or more on most games at high or maximum settings. It only started dipping below those numbers when we fed it a graphical tour de force such as Star Wars: Battlefront on the Ultra preset; lowering it to High made for a smoother yet still gorgeous experience. Love it or hate it, Star Wars: Battlefront does look incredible.

The problem with the GTX 960 is that, unlike the rest of the system, it isn’t exactly future-proof. With 2016 hailed as the year for virtual reality, the card actually falls short of NVIDIA’s minimum recommendation: a GTX 970. If VR isn’t your concern then the GPU will prove sufficient enough, especially since cross-platform games are restricted by console hardware.

Who, then, is this PC for? Certainly not the hardcore gamer, as they’ll want to shoot for gold with a GTX 980 at the very least. It’s certainly not for the average gamer either, as there are other cheaper pre-builts on the market and, even better, the DIY route.

Given its $1,898 price tag and component make up, it seems that the ASUS G11CB positions itself as a machine best suited to gaming streamers and YouTubers. It’s a no-frills tool to getting started, and should anything go wrong one could always count on warranty and customer support to save the day.

ASUS ROG software for all that monitoring and tweaking goodness.

Proprietary bonuses include the GameAlive feature to record, edit, and share gameplay videos (in addition to NVIDIA’s Shadowplay); a Boost Launcher to automatically free up resources for gaming; and the Aegis II desktop overlay to monitor system performance. Like most gaming products there’s customizable LED lighting too, but we think ASUS’ free 100GB WebStorage service sounds a little more appealing.

The ASUS G11CB is available now at all authorized retailers and brand stores.

Ade thinks there's nothing quite like a good game and a snug headcrab. He grew up with HIDEO KOJIMA's Metal Gear Solid, lives for RPGs, and is waiting for light guns to make their comeback.
Previous post Evolve gets medic with finger gun and respawn beacon
Next post Total Annihilation stomps onto Steam for cheap