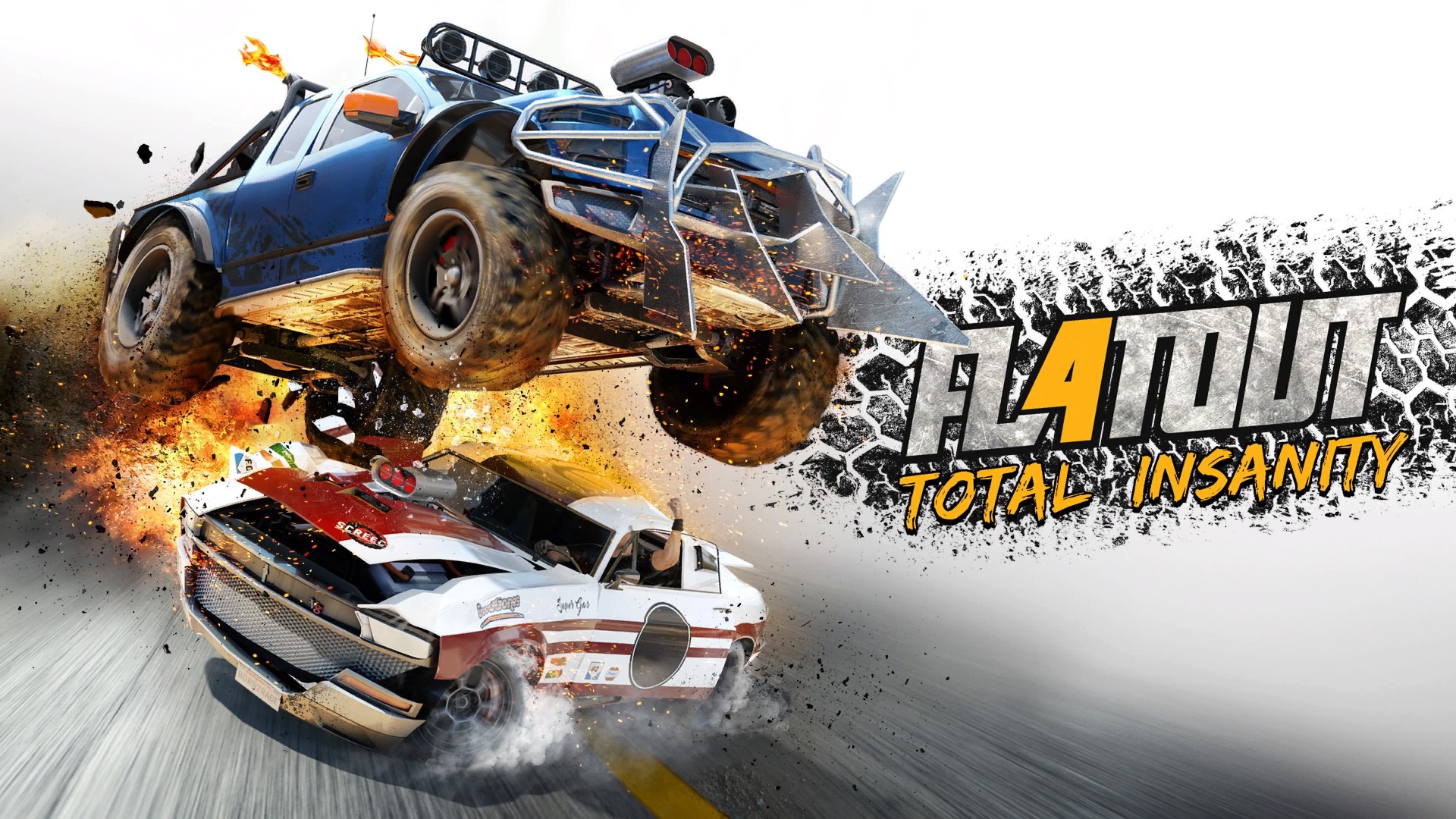 It doesn’t matter if you have not heard about the earlier Flatout releases, which spans across various consoles and handhelds. This time, Kylotonn Entertainment, a new studio makes its attempt to regurgitate the interest in demolition derby and off-road racing in videogames. Unless you grew up experiencing such thrills in real life, you may not be familiar with its culture and norms. However, diehard fans of racing games who are hungry for a fresh challenge may still have a reason to check this out.

Flatout 4: Total Insanity (F4TI) presents a couple of features from the get go. Career Mode requires you to make a difficult choice of acquiring one of two vehicles to be used in races. Once you commit, there’s no way to switch to the other. I chose a classic Volkswagen and had to stick to this for quite a while to win cash from races. There are upgrades you can purchase from the garage, but this would mean having to stick to the same vehicle for quite a while. New vehicles would have to be unlocked and purchased, but the next available vehicle cost $30,000 in-game winnings to acquire. Seasoned racers may not have any problem pooling that amount from finishing TOP spots and earning higher payouts from just playing a couple of races, but casual gamers like me will require some time, especially when the payout can be as low as $250.

The only way to access new vehicles fast is to play the Flatout mode, which comprises a mixture of arcade games involving your racer and driver. Yes, the driver extends as a limited gameplay element, usually as a human cannonball. However, the lack of customisation option for the driver feels like a wasted opportunity. Although you can experiment with many types of vehicles, selecting them does not make them added to your garage. There is a staggering list of 42 mini games with a reasonable handful unlocked from the start. In each mini game, there are three tiers of award (Bronze, Silver and Gold) to aim for. Some of these involves ejecting your driver from the car get him to land on certain targets. Unfortunately, there is no guide on how to control the ejected driver in mid-air.  Thus, to do well requires multiple trial and error. As much as entertaining this can be (remember the game P.A.I.N on PS3), this feature cannot be an advocate for safety driving campaign.

Nevertheless, the option to test out various feature vehicles in a wide selection of mini games should make this a popular segment for short bursts of entertainment, especially when you have guests over. I recommend playing Assault Mode in which you can launch projectiles and traps towards other vehicles.

Being a racing game at the core, it’s important to keep players invested. The various types of terrains, structures and shortcuts are well designed making them interesting to explore. Most of the props, such as wooden fences, lamp posts are all destructible, including the cars in race. In F4TI, you earn points and nitro from crashing other vehicles. Be wary though, because if your vehicle becomes wrecked or the driver gets ejected, it’s game over.

As fun as the game is, the presentation feels like a release from last generation. On my 48-inch smart TV, the colours do not stand out. Apart from weak background sounds, the game has tracks playing randomly in a loop. For the most part, they work to amp the intense atmosphere, but some are just annoying. While I can skip the unwanted tracks, there is no way to customise the playlist or review them while taking a break. In 2017, I would welcome a feature that allows me to stream my Spotify playlist from the Playstation console app.

During races, I spotted a couple of bugs. Somehow, carhandling needs improvement. The car tends to skid and veer off track too often, causing loss in lead time, Regardless of your placement in the race, vehicles may just spawn near you. Nitro is earned from crashing into other vehicles, so perhaps this is the game’s inbuilt mechanics to allow you to stock up.

There is a Quick race option in the menus which saves you from deciding which challenge to go for. I feel this will become underutilised because it doesn’t offer anything fresh, especially compared to Flatout mode. Online Multiplayer is also present for you to compete with real players, and there is no support for bots.  If your group of friends are not online at the same time, you will have to wait until the game locates other players. If you have guests in the house, the only option is to pass the controller around. Split screen mode is non existent. These shortcomings appear to reduce its potential.

The ultimate joy of racing games is to amass a collection of vehicles to enhance and marvel. F4TI has this basic principle in place, but its measly payout from races makes it a grind to grow the garage. The less stellar resolution does not provide much to admire and nothing to shout about to friends and community, especially when the PS4 has many juggernaut titles released since beginning of 2017, and more in coming weeks.

Neezum has been exposed to many videogames since the '90s. Nowadays, he tries to juggle his passion amidst other commitments with a wife who doesn't share the same hobby.
Previous post EL Gaming shook off Team Efficiency to take home US$50,000 at WGL APAC S2 Finals
Next post An Introduction to AMD Ryzen family